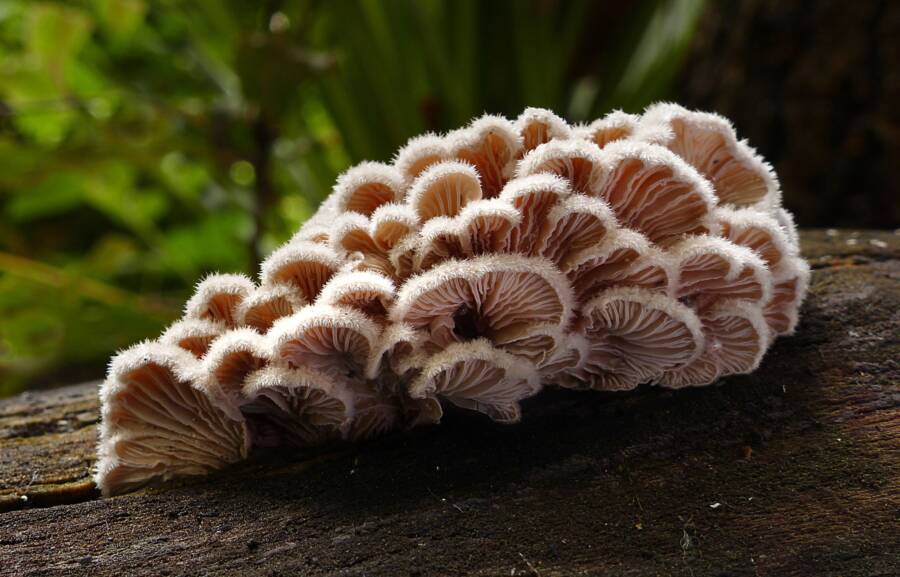 Wikimedia CommonsThe study showed the split gill mushroom had a sharp spike in electrical output when it came into contact with foreign wood — the very food it thrives on.

When Lewis Carroll wrote Alice’s Adventures in Wonderland in 1865, he explored unimaginable scenarios such as smoking cats and talking mushrooms. While none were rooted in science at the time, new research shows that mushrooms really do communicate with each other — and have a vocabulary of up to 50 words.

According to a study published in the Royal Society Open Science journal, scientists have revealed these organisms to be nature’s most unexpected chatterboxes. With Andrew Adamatzky — a professor with the Unconventional Computing Laboratory at the University of the West of England — at the helm, the study focused on four species of fungi.

Typically, multiple mushrooms grow out of the same mycelium — a root-like network of filaments similar to neurons in the human body. The electrical impulses released by one mushroom travel through the mycelium to other mushrooms growing from the same network.

While this proverbial internet of the forest is staggering on its own, Adamatzky has now quantified the language of mushrooms for the first time — to staggering results.

“Assuming that spikes of electrical activity are used by fungi to communicate, we demonstrate that distributions of fungal word lengths match that of human languages,” he said. “We found that the size of fungal vocabulary can be up to 50 words, however, the core vocabulary of most frequently used words does not exceed 15 to 20 words.” 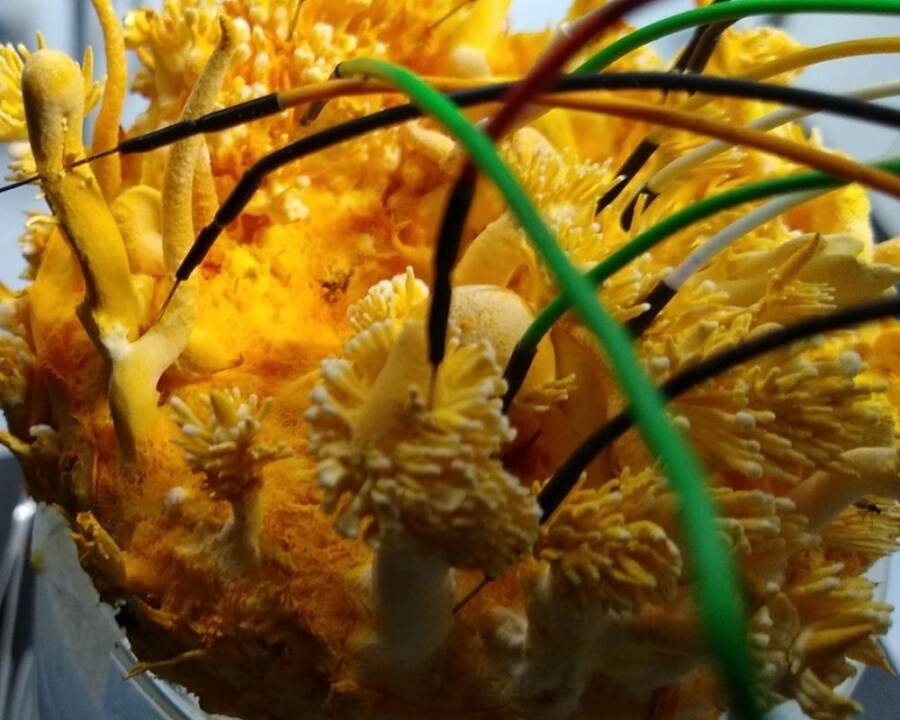 To properly test his hypothesis that mushrooms use an identifiable language, Adamatzky focused on four particular species: enoki, split gill, ghost, and caterpillar.

Adamatzky inserted tiny electrodes into the substrate, or the surface where each particular fungi was growing, to analyze the electrical output of each species. According to The Guardian, the split gill mushroom yielded the most remarkable results.

The split gill survives by digesting wood, and Adamatzky was stunned to see a sharp spike in the mushroom’s electrical signals when the hyphae filaments that made up its mycelium came into contact with foreign pieces of wood — suggesting it was notifying other mushrooms in its network of food.

“We do not know if there is a direct relationship between spiking patterns in fungi and human speech,” said Adamatzky. “Possibly not. On the other hand, there are many similarities in information processing in living substrates of different classes, families, and species. I was just curious to compare.”

Adamatzky posited that these transmitted messages are no different than the howls produced by wolves. According to National Geographic, wolves vocalize their locations on a regular basis for a wide variety of reasons, such as notifying their pack of incoming predators or the position of prey.

When Adamatzky realized that these spikes in electrical output came in specific clusters, he began mathematically distinguishing them. He not only found that these clusters comprised a vocabulary of up to 50 words, but that their “fungal word lengths” were strikingly similar to those of the English language. 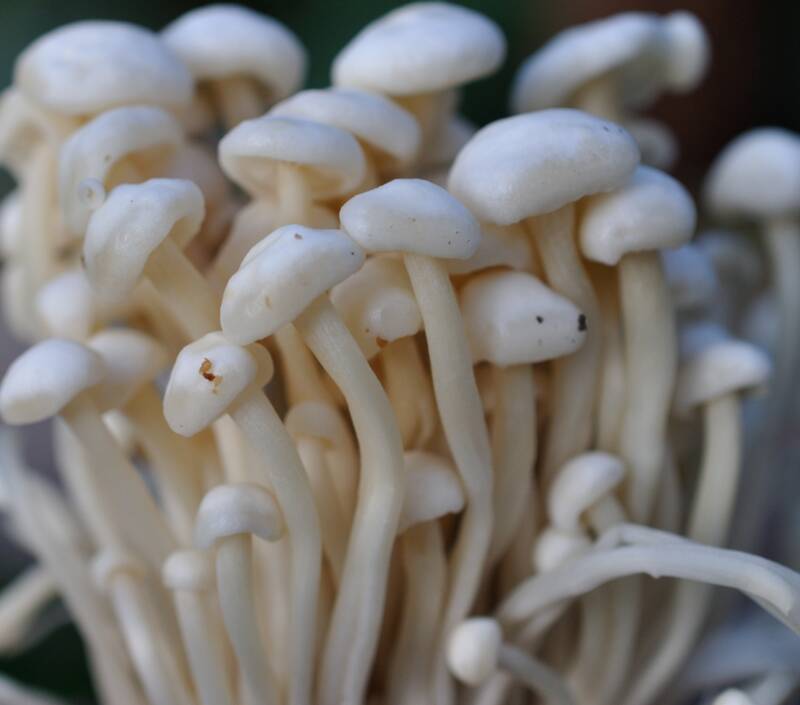 maryshattock/FlickrThe enoki mushroom was one of the four fungi species involved in the study.

Adamatzky identified that each fungal “word” had an average length of 5.97 letters, compared to the 4.8-letter average of English words. While Adamatzky is convinced that these increases in electrical output aren’t random, he’s also humble enough to know more research must be done.

“There is also another option — they are saying nothing,” said Adamatzky. “Propagating mycelium tips are electrically charged, and, therefore, when the charged tips pass in a pair of differential electrodes, a spike in the potential difference is recorded.”

Other scientists are skeptical of the study’s findings, as well. According to Dan Bebber, a mycologist at the University of Exeter, we’re a long way away from actually translating what these organisms are saying.

“Though interesting,” he noted, “the interpretation as language seems somewhat overenthusiastic, and would require far more research and testing of critical hypotheses before we see ‘Fungus’ on Google Translate.”

After reading about the study showing that mushrooms “talk” to each other, learn about nine weird mushrooms from around the world. Then, read about the Nebraska man who injected mushrooms into his blood.