The women claim that they felt violated when they were asked to remove their hijabs in public, even though NYPD protocol states they must be offered a private room. 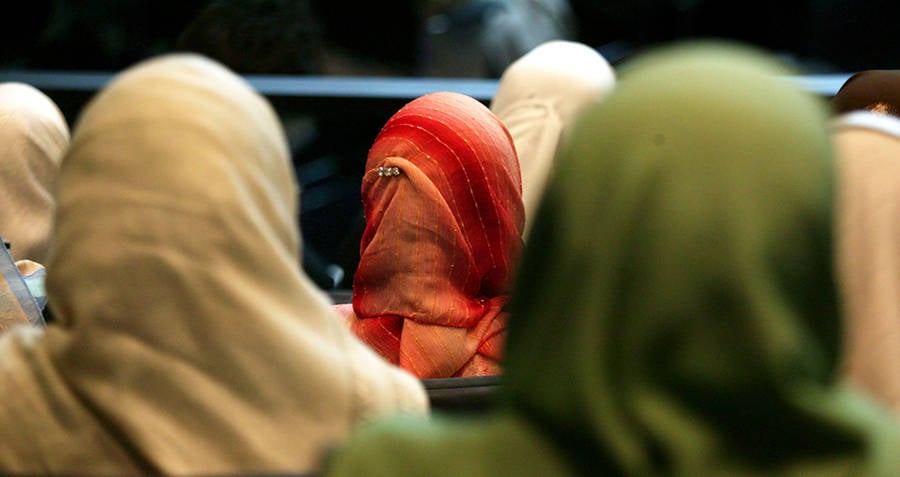 The GuardianThere are NYPD protocols for dealing with religious head coverings.

Two Muslim women are suing the city of New York after they say the New York Police Department forced them to remove their hijabs for a mugshot photo.

Jamilla Clark of New Jersey and Arwa Aziz of Brooklyn were each originally arrested for violating protective orders, with Clark’s filed by her abusive ex-husband and Aziz’s filed by a vindictive sister-in-law. The two women filed their suit on Friday on the grounds that NYPD policy failed to protect their rights.

“Requiring a Muslim woman to remove her hijab in public is akin to demanding that a secular person strip naked in front of strangers,” said the lawsuit. The suit seeks undisclosed damages as well as a declaration from the police that the city’s handling of police photographs is unconstitutional.

According to the lawsuit, Clark broke down in tears at police headquarters after police mocked her faith, and threatened to prosecute her if she didn’t remove her hijab.

“Like many Muslim women whose religious beliefs dictate that they wear a hijab, Ms. Clark felt exposed and violated without hers — as if she were naked in a public space,” the suit said.

Similarly, the lawsuit claimed that Aziz also sobbed after her hijab was pushed down over her shoulders, and her picture was taken in full view of a dozen male police officers, and 30 male inmates.

In response to the lawsuit, the city’s law office released a statement.

“We are confident that the police department’s religious head covering policy passes constitutional muster. It carefully balances the department’s respect for the customs of all religions with the legitimate law enforcement need to take arrest photos,” the office said in a statement.

“Persons who do not wish to remove religious head coverings in front of others have the option of being taken to a separate, more private, facility to be photographed.”

In February, New York City was ordered to pay $180,000 to three Muslim women who were forced to remove their hijabs for mugshots last year. One of the plaintiffs in that lawsuit claimed that she was taken to a police station that did not have a female guard that could photograph her, and that the camera was fixed, and could not be moved. The plaintiff, therefore, was forced to remove her hijab in public, and was “exposed, violated and distraught.”

The plaintiff, along with two other women were awarded $60,000 each, by the city of New York.