Scientists tested the DNA of modern-day members of the Muwekma Ohlone Tribe against remains dating as far back as 2,000 years and found a high level of genetic continuity. 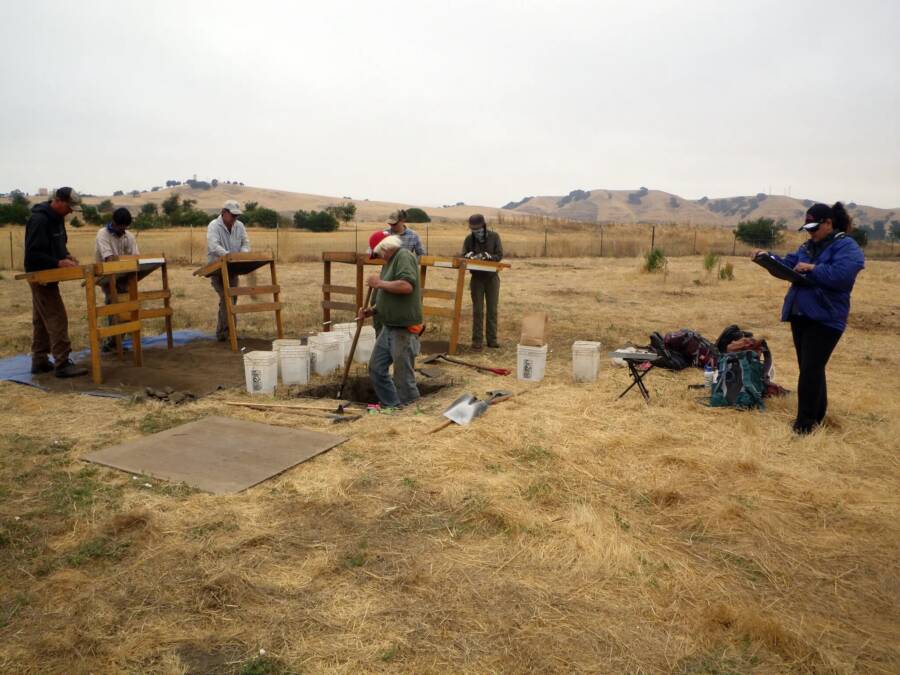 Before Spanish conquistadors arrived in California, the region was home to more than one million Native Americans. That number dwindled so rapidly that by the 1920s fewer than 20,000 Indigenous people were left alive, and many tribes, including the Muwekma Ohlone Tribe, were officially declared “extinct.” Fortunately, new research begs to differ.

Experts have excavated the remains of 12 people buried in the region as far back as 2,000 years ago and found genetic links to modern-day members of the tribe. While only 500 Muwekma Ohlone remain alive today, this find could finally garner them the federal recognition they’ve been fighting for.

According to The New York Times, this process began when the San Francisco Public Utilities Commission proposed building a facility at an archaeological site in 2014. As the land was likely to hold human remains, the department informed living tribe members of their intent so they could move their ancestors’ bodies.

Before the bodies were reburied as close to the original site as possible, their DNA was tested — and it was found to be a genetic match to modern tribe members.

“Validation, finally,” said Monica Arellano, the vice chairwoman of the tribe and co-author of the research study published in the Proceedings of the National Academy of Sciences journal. “This adds to all the information we’ve put out there, years of compiling and doing research proving who we are.”

When Alfred Kroeber published The Handbook of the Indians in California in 1925, the anthropologist wrote that the Muwekma Ohlone Tribe was “extinct so far as all practical purposes are concerned.” He claimed that only “a few scattered individuals survive,” a statement that had tragic repercussions two years later.

The tribe was fortunately still recognized under a different name, the Verona Band of Alameda County, and thus still received federal funding and protections. In 1927, however, a government superintendent from Sacramento echoed Kroeber’s claims — and ruled that the Muwekma no longer needed any land.

It was a devastating blow to the remaining Indigenous people in the region who had already endured massive reductions to their populations. According to Smithsonian magazine, there were at least 300,000 Native Americans who spoke an estimated 135 dialects in California before the Spanish arrived in 1776.

Their numbers were slashed in half by 1848. After decades of forced labor and being plagued by European diseases, only 30,000 Indigenous people remained by 1873. That number has continued to shrink over the last 150 years, and only about 500 Muwekma Ohlone members exist today. 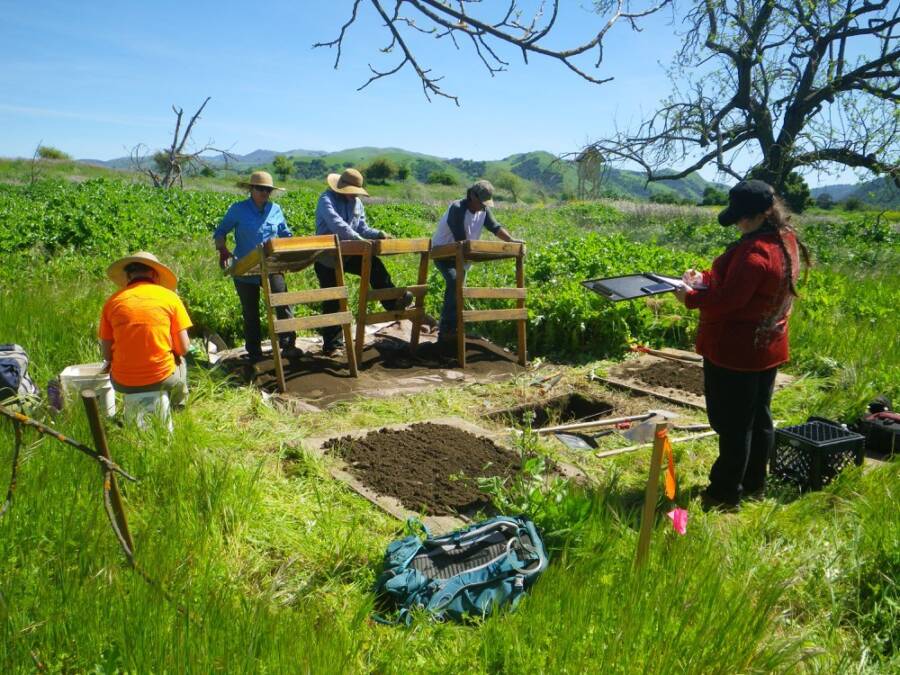 Far Western Anthropological Research GroupArchaeologists discovered the remains of 12 people buried between 300 and 1,900 years ago.

In the 1980s, members of the tribe began reapplying for federal recognition from the United States government. Their official filing in 1995 and a lawsuit against the United States Bureau of Indian Affairs were unfortunately unsuccessful. But this new research could finally turn the tides.

Working alongside tribe members, these researchers discovered the human remains of a dozen people that contained biological continuity with DNA from modern members. For Alissa Severson, a doctoral student at Stanford University and lead author of the study, it was the opportunity of a lifetime.

“When you’re a student doing the work, it’s not common to have this kind of direct connection to the people are ‘the data’ that you’re working with,” she said. “We got to have that dialogue, where we could discuss what we’re doing and what we found, and how that makes sense with their history. I felt very lucky to be working on this project. It felt like what we should be doing.”

For the living Muwekma Ohlone Tribe members, this discovery will ideally confirm to those in power that they’ve inhabited these lands for thousands of years and deserve the federal protections once callously stripped from them.

The study’s authors wrote of the findings, “The study reaffirms the Muwekma Ohlone’s deep-time ties to the area, providing evidence that disagrees with linguistic and archaeological reconstructions positing that the Ohlone are late migrants to the region.”

To Arellano, this is just another stepping stone in the history of her people. “That’s pretty much our story, having to prove who we are,” she said. “We knew who we are, we know who we are, and we’re still here.”

After reading about the Muwekma Ohlone Tribe, learn about the Native American tribe who bought back an island after Maine stole it from them. Then, read about the first humans to live in America.