The True Story Of Nat Love, The Legendary Black Cowboy Featured In ‘The Harder They Fall’

Born into slavery in 1854, Nat Love moved to Dodge City at age 15 and became known throughout the Old West as one of the most skilled and daring cowboys to ever live. 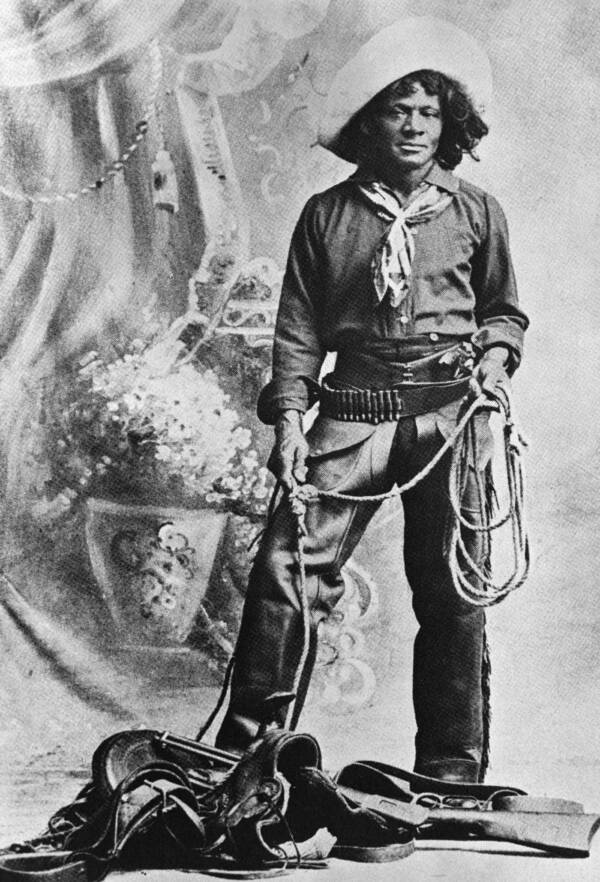 Public DomainNat Love went from being enslaved to being a fearless cowboy.

Near the end of his life, Nat Love marveled that he had lived to “tell the tale.” Indeed, his story reads like a Wild West paperback novel.

From a childhood spent in slavery, Love, who was also known as “Red River Dick” and “Deadwood Dick,” went on to fully embrace life in the West. He became a talented cowboy, narrowly escaped Native Americans who took him captive, and spent his later years as a Pullman porter, seeing the country as the nation’s trains unfurled across the land.

Though much of what we know about Nat Love comes from his own autobiography — filled, naturally, with Wild West bravado — his narrative remains a fascinating account of life as a Black cowboy. It’s even more incredible than the fictional Nat Love’s plotline in the Western The Harder They Fall.

Inside Nat Love’s Beginnings In The Wild West

Born in 1854 on the brink of the Civil War, Nat Love spent his early years enslaved. He lived in Tennessee with his parents and two older siblings, toiling under the “kind and indulgent” eye of their master, Robert Love. 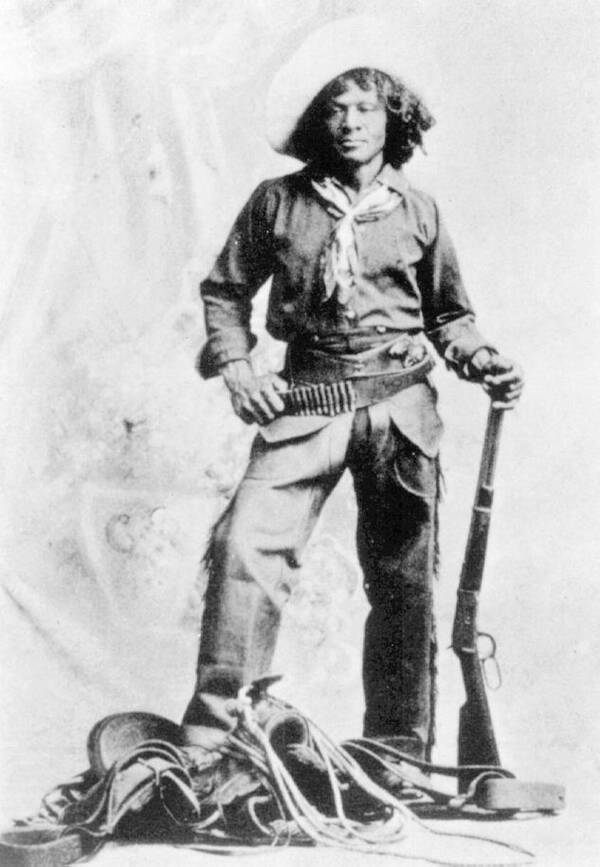 Public DomainNat Love pictured before 1890. He quickly gained a reputation for being an expert marksman and daredevil.

But even enslaved people with lenient masters, wrote Love in his 1907 autobiography, Life and Adventures of Nat Love, Better Known in the Cattle Country as ‘Deadwood Dick’, by Himself, “was the same as that of the horse or cow of the present day. They were never allowed to get anything in the nature of education.”

As such, he and his boyhood friends celebrated when the Civil War broke out in 1860. And by the end of the conflict in 1865, Love wrote, “‘Massa Lincoln’ was the hero of us all.”

After the war, Love’s father rented land from Robert Love, and the family labored as sharecroppers. But when his father died — “just at a time when we most needed a father and husband’s help, counsel and protection,” Love wrote — he began to envision life outside of Tennessee.

“The fact that I was now free, gave me new born courage to face the world and what the future might hold in store for me,” Love said. He started making money to support his family, first by working on a nearby farm, then by breaking colts for 10 cents a horse.

But Love’s opportunity for adventure came out of sheer luck.

As Love tells it, he scrounged up 50 cents one day to enter a horse raffle. There, Love won not once — but twice. He sold the horse back to its owner both times and came away $100 richer. After giving half of his winnings to his mother, he packed a few supplies and headed west.

“I bade mother and the old home farewell,” Love recalled, “and started out for the first time alone in a world I knew very little about.”

How Nat Love Became A Cowboy

After leaving home, Nat Love set out for Kansas. “[Kansas] was in the west, and it was the great west I wanted to see,” he explained. He landed in Dodge City, where Love marveled at the frontier town’s “great many saloons, dance halls, and gambling houses.” 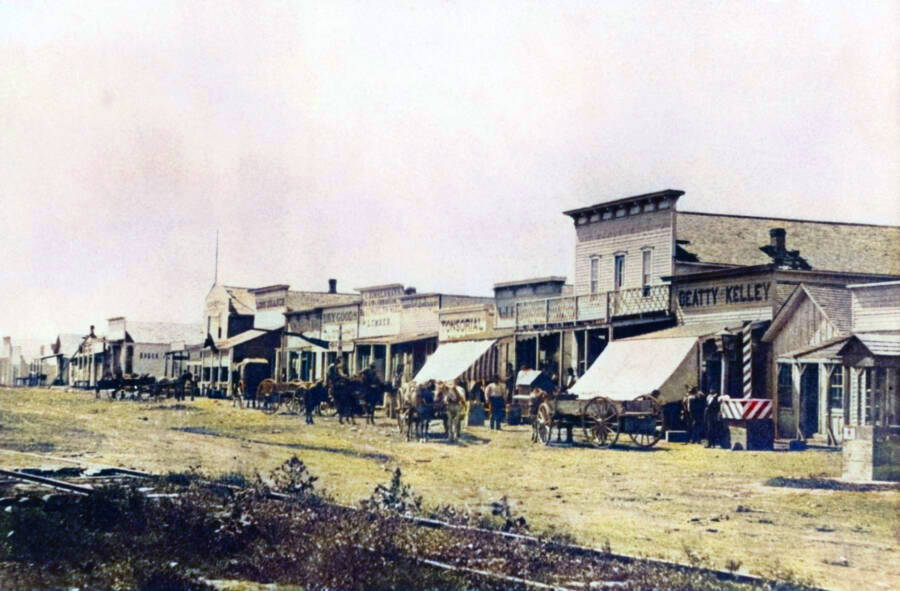 Indeed, Love’s search for the Wild West had brought him to the right place. Dodge City would feature prominently in many frontier tales, hosting iconic figures over the years like Doc Holliday, Big Nose Kate, and Wyatt Earp.

And Dodge City was full of cowboys — both white and Black. So Nat Love set out to become one.

At first, he wrote, he was intimidated by their “wild” behavior in town. He went instead to their camp one morning, where the camp boss said he could become a cowboy if he could ride an unbroken horse.

“This proved the worst horse to ride I had ever mounted in my life, but I stayed with him and the cow boys were the most surprised outfit you ever saw, as they had taken me for a tenderfoot, pure and simple,” he wrote.

Impressed, the cowboys dubbed Love “Red River Dick” — “I went by this name for a long time,” Love said — and accepted him into their ranks.

Then, Nat Love’s adventures on the frontier began in earnest. He spent the next several years as a cowboy, roaming between Texas and Arizona and driving cattle.

His life, Love later wrote, was “so full of action, which is but natural as the men of those days were men of action.” 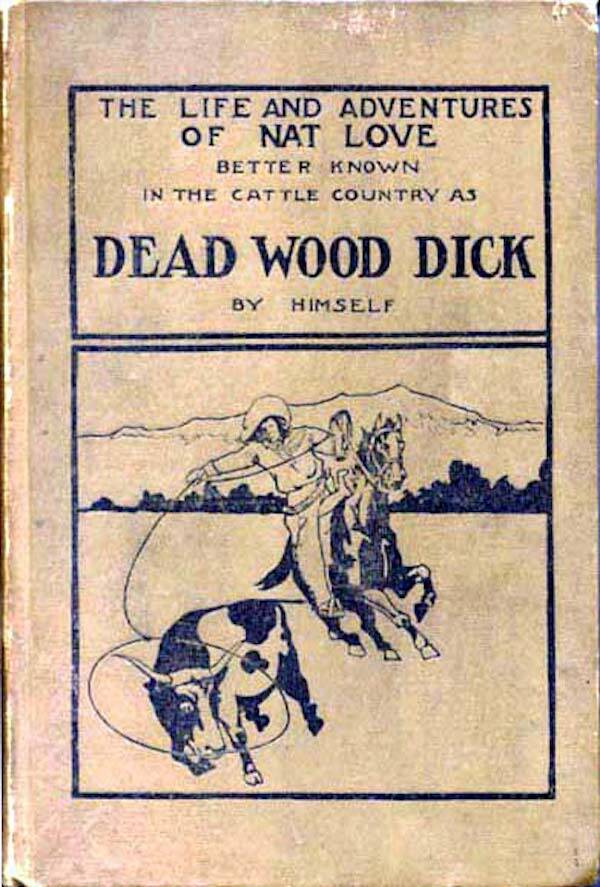 Public DomainThe Life And Adventures Of Nat Love, Better Known in the Cattle Country as ‘Deadwood Dick’ was published in 1907 and cemented Nat Love’s status as one of America’s greatest cowboys.

He clashed with Native Americans, raced after stampeding cattle, and roped wild mustangs. Love also claims to have brushed elbows with Wild West icons like Buffalo Bill, Billy the Kid, and Frank and Jesse James.

“I met [the James brothers] often in the old days on the range, and became very well acquainted with them,” Love wrote.

“Their names are recorded in history as the most famous robbers of the new world, but to us cowboys of the cattle country who knew them well, they were true men, brave, kind, generous, and considerate.”

Billy the Kid, he said, “had many traits that go to make a good man, but fate and circumstances were against [him]… some men [stood] in mortal fear of the kid, and I suppose they had good reason to be afraid as the kid always kept his word.”

Nat Love forged some Wild West legends of his own, too. In 1876, he found himself in Deadwood, South Dakota, during a cattle drive. There, he signed up for a contest to “rope, throw, tie, bridle, and saddle and mount” a horse as fast as possible.

“I roped, threw, tied, bridled, saddled, and mounted my mustang in exactly nine minutes from the crack of the gun,” Love wrote. “This gave me the record and championship of the West… and my record has never been beaten.”

He subsequently earned the nickname “Deadwood Dick” after a famous dime novel character.

The same year, Love says, Native Americans took him captive. Fortunately, he wrote, “There was a large percentage of colored blood in the tribe, and as I was a colored man they wanted to keep me, as they thought I was too good a man to die.”

The tribe even allegedly offered Nat Love the chief’s daughter to marry. But though the girl was “beautiful” Love decided to escape. He stole a pony and rode off into the night.

By 1890, “Deadwood Dick” decided to leave his life on the range. He’d met and married his wife in 1889, and Love could see that the Wild West had begun to grow tame. The “march of progress,” he wrote, brought railroads, and the vast cattle ranges were suddenly “dotted with cities and towns.”

“Where once [buffalo] roamed by the thousands now rises the chimney and the spire, while across their once peaceful path now thunders the iron horse,” he said.

Nat Love finished his Wild West adventures with fourteen bullet wounds and more stories than he could count. But the tale of his life had one final chapter.

The Final Years Of “Deadwood Dick” 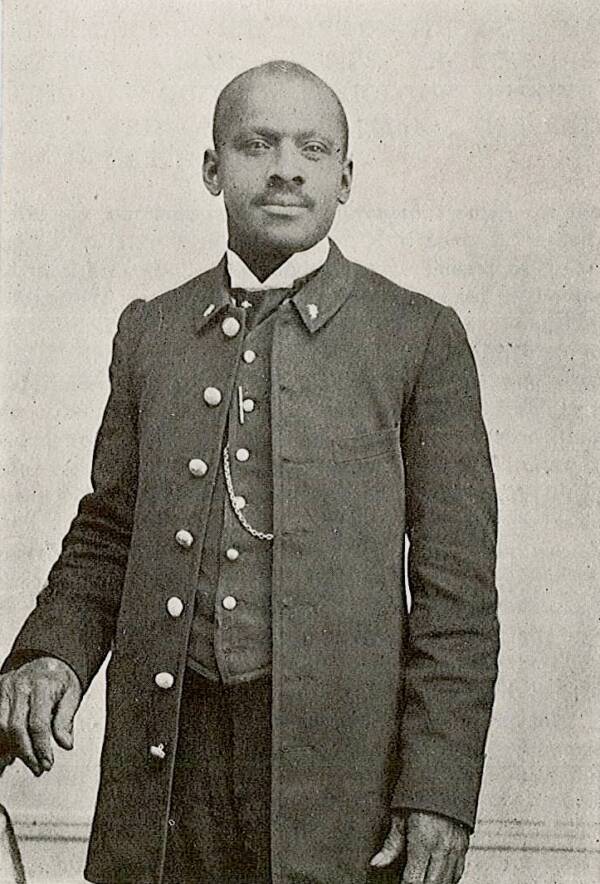 After leaving his life as a cowboy, Nat Love and his wife settled in Denver, Colorado. He found work as a Pullman porter, a job that satisfied his need for adventure. He would be “Deadwood Dick” no more.

“During my service with the Pullman company I have traveled from the Atlantic to the Pacific and from the Gulf of Mexico to the borders of Canada,” Love wrote. “I have visited all the principal cities and towns where the sound of the bell and the whistle is heard, and I have in a great measure satisfied my desire to see the country.”

The worst tip he ever received, Love wrote, was two cents. The best was $25, which Love says came from a member of the Rothschilds, the world’s wealthiest family during the 19th century.

He and his family eventually made their way further west and settled in Los Angeles, California. There, Love worked as a guard for the General Securities Company until his death in 1921 at the age of 67.

By then, he’d lived a life worthy of the Wild West. Love had become a cowboy, passed through towns like Dodge City and Deadwood, and made a name for himself. He’d survived shoot-outs, Native American captivity, and the harsh life of a cattle-hustler.

“Life today on the cattle range is almost another epoch,” Nat Love wrote in his 1907 autobiography. “But, I, Nat Love… will ever cherish a fond and loving feeling for the old days on the range, its exciting adventures, good horses, good and bad men, long venturesome rides, Indian fights, and last but foremost the friends I have made and friends I have gained.”

His account of his own life is surely full of exaggeration — but what Wild West tales aren’t? The American frontier was a place where men could remake themselves. And Nat Love whole-heartedly embraced his life as a Black cowboy.

After reading about the Wild West adventures of Nat Love, learn about some other Black Wild West figures like the fearless deputy Bass Reeves or Bill Pickett, the cowboy who invented bulldogging.