The Story Of Natalia Barnett, The ‘Six-Year-Old’ Adoptee Who May Have Been An Adult Dwarf In Disguise

Michael and Kristine Barnett of Indiana claim that their adopted daughter Natalia Grace is really a psychotic adult dwarf who tried to kill them — but where does the truth lie? 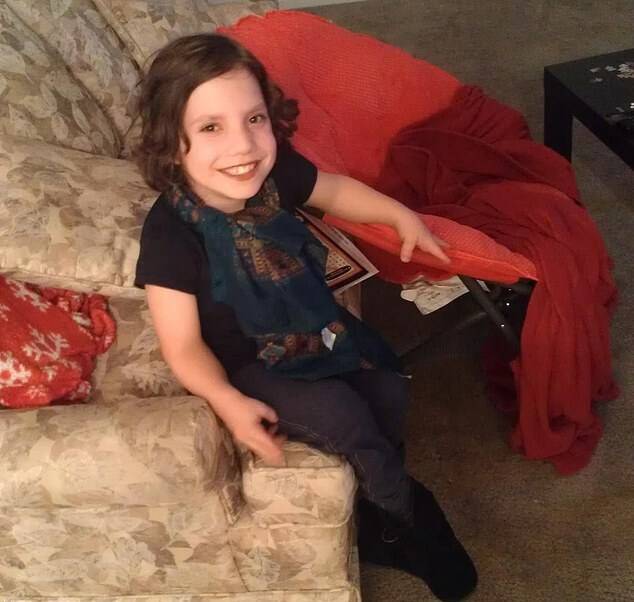 Kristine BarnettNatalia Grace Barnett came to the U.S. two years before the Barnetts adopted her in 2010, but had no birth certificate. Initial tests showed she was between 8 and 10 years old, though later tests said otherwise.

When Kristine and Michael Barnett of Indiana adopted Natalia Grace Barnett in 2010, They were told she was six years old. But the couple soon became convinced that Natalia Barnett was actually an adult dwarf — with severe mental problems.

Not long after her adoption, Natalia Barnett began to allegedly exhibit odd and violent behavior, even threatening to kill members of the family. The Barnetts consequently ran medical tests on Natalia which suggested that she was at least 14, and perhaps far older.

By 2013, they were convinced that Natalia was an adult woman. The family rented an apartment for her in which she could live on her own and then left to move to Canada.

Though the couple has since been charged with felony neglect for abandoning their adopted daughter, Kristine Barnett remains adamant that Natalia is not only a fully-fledged adult, but also a dangerous sociopath.

“The media is painting me to be a child abuser,” Kristine Barnett said. “But there is no child here.”

Listen above to the History Uncovered podcast, episode 37: Natalia Grace, also available on iTunes and Spotify.

Why The Adoption Of Natalia Barnett Became Disturbing Almost Instantly

Kristine Barnett always wanted a big family. Though she and Michael had biological children, including their son Jake, an autistic child prodigy, they hoped to expand their family through adoption.

As such, both were thrilled to hear that an adoption agency in Florida had a little girl in need of a home in May 2010. Within 24 hours, they flew from Indiana to Florida and met Natalia Grace for the first time, immediately accepting her into their family.

According to Kristine, she could tell that Natalia Grace would need extra care. The girl suffered from spondyloepiphyseal dysplasia, a rare form of dwarfism. But having worked with Jake and run a children’s daycare, Kristine felt up to the challenge.

However, it soon became clear — according to Kristine and Michael — that Natalia had tendencies and behaviors not befitting a child. 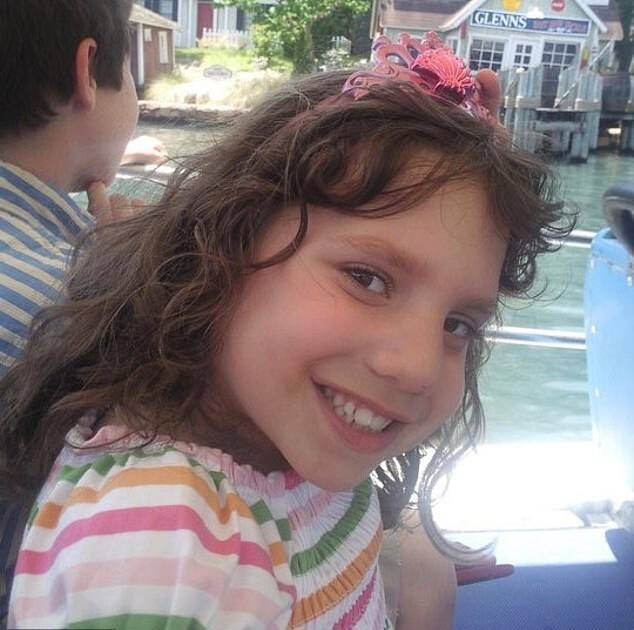 Kristine Barnett claimed that she noticed a few odd things off the bat. According to her, Natalia Grace had pubic hair and adult teeth. And she hid bloody clothing in the garbage, which Kristine suspected was evidence that Natalia had already gotten her period.

What’s more, Natalia Grace seemed increasingly violent. In an interview with The DailyMail, Kristine claimed that Natalia had threatened to stab the family in their sleep and once poured bleach in Kristine’s coffee.

“She would make statements and draw pictures saying she wanted to kill family members, roll them up in a blanket and put them in the backyard,” Kristine said.

“She was standing over people in the middle of the night. You couldn’t go to sleep. We had to hide all the sharp objects.”

“She was jumping out of moving cars,” claimed Kristine. “She was smearing blood on mirrors. She was doing things you could never imagine a little child doing.”

Eventually, Kristine and Michael tried to get their daughter professional help. Natalia Grace apparently even confessed to doctors at that point that she was actually 18 and that it had been “fun” to terrorize her family.

Kristine also claimed that bone density tests suggested that Natalia was an adult. She added that Natalia never grew, which Kristine said should happen, even in children with dwarfism. The Barnetts were now convinced that they’d unwittingly welcomed a psychotic adult dwarf into their home.

In 2012, the Barnetts decided to take action. They managed to “correct” Natalia’s legal age to 22 through a Marion County Superior Court so that she could receive the psychiatric care she needed as an adult — and be cut free from the family.

With that, Kristine, Michael, and their sons moved to Canada. They left Natalia Barnett in a rented apartment in Lafayette in July.

Kristine Barnett said she paid rent for a year before the family left the country and that she helped Natalia to get a Social Security number, apply for an ID, and get food stamps.

Natalia Grace was eventually evicted in 2014, however, and police said it was neighbors who had taken her “under their wing.” Michael and Kristine divorced that same year.

Natalia’s direct path after that point is unclear, though couple Antwon and Cynthia Mans did petition to become her legal guardians in March 2016. This would require restoring Natalia’s original birth date to 2003, to which the Barnetts filed an objection. 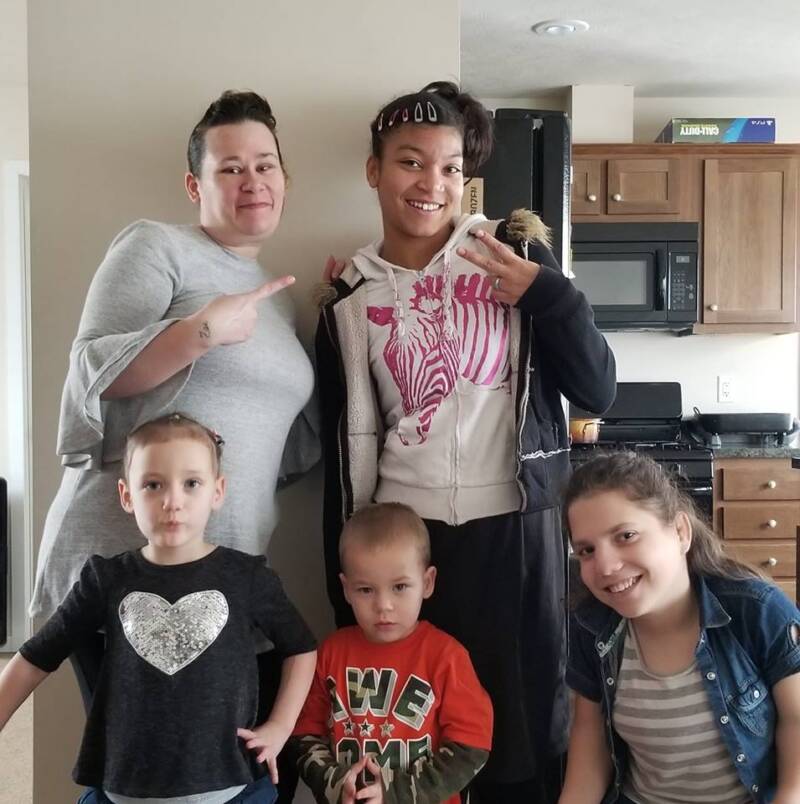 FacebookCynthia Mans and her children, including Natalia Grace, in November 2018.

According to Cynthia Wilson-Mans’ Facebook account, however, it certainly appears as though Natalia has joined this new family.

Nonetheless, on Sept. 11, 2019, both Kristine and Michael Barnett were charged with felony neglect. The Barnetts have professed their innocence. 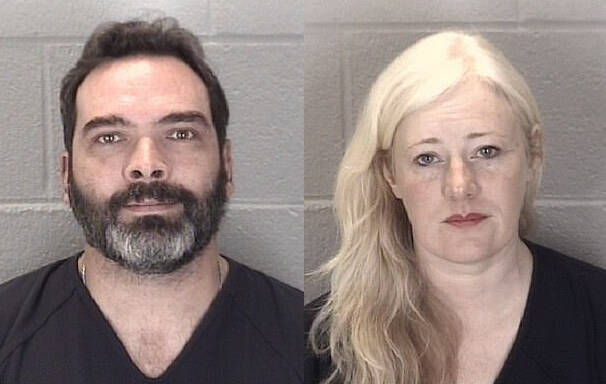 Tippecanoe County JailBoth Michael and Kristine Barnett have been released on bail and a bond, respectively. Their side of the story has been corroborated by several clinicians and hospital staff.

“From day one this was a mission of love. But when you bring a child into your home, you expect them to be a child. To be accused of this is unconscionable to me. It’s just horrifying.”

How Old Was Natalia Barnett — And Who Is The Real Victim?

As shocking as that all seems, there’s another side to the story. Natalia Grace Barnett says she was just a child when her adopted family abandoned her — and she has proof.

For starters, DailyMailTV found a woman claiming to be Natalia Barnett’s birth mother in Ukraine in October 2019.

The woman, Anna Volodymyrivna Gava, told DailyMailTV that Natalia really is a child. Gava said she was forced to give up her daughter after her birth in 2003.

Through a translator from her home in Ukraine, Gava said: “I know exactly how old she is. This girl is my daughter who was born 16 years ago. Doctors told me to leave the baby: ‘Leave her, don’t ruin your life,’ they said. Both them and my mom told me to leave her. They said the baby would never be good, that she would never be able to move, that she would be chained to a chair or to a bed.”

She continued, “She now lives in America with adoptive parents who want to ditch her. I thought everything was okay with her and it turned out that it’s not all okay.”

DailyMailTV added that reporters also saw a document from an orphanage where Natalia was supposedly taken in that suggested she was a baby in 2003. However, reporters were not permitted to take photos of this document.

Meanwhile, Gava made a plea directly to Natalia: “Daughter, forgive me for what happened 16 years ago. Visit soon for me to see you. We are waiting for you. You have two sisters and two brothers.”

Natalia, too, went public with her story. In 2019, she and the Mans sat down with Dr. Phil. There, she said that Kristine and Michael’s version of the story “was not true at all.” Natalia also flatly denied that she was an “adult scam artist.”

Indeed, a bone density test from 2010 seems to show that Natalia was in fact eight years old. In other words, she was likely older than the Barnetts thought but was definitely not an adult woman.

But after both Natalia and Kristine spoke out, a judge filed a gag order, and both parties went quiet.

Slowly, over the past couple of years, their case has snaked its way through the legal system. As it stands now, Kristine and Michael are not guilty of neglect — because Natalia’s legal age, which they changed, makes her an adult.

More developments will surely nevertheless emerge in the future. But, for now, the story of Natalia Barnett remains a puzzling one. How old is Natalia Barnett and who is the real victim? The answer all seems to depend on who you believe.

After learning about the curious case of Natalia Grace Barnett, read about Devonte Hart, the Black teen murdered by his adoptive white mother. Then, learn about the Ovitz family of dwarfs who endured the horrors of Auschwitz.