In an Andalusian warehouse, police found a collection of Nazi memorabilia beside 22 AK-47s. 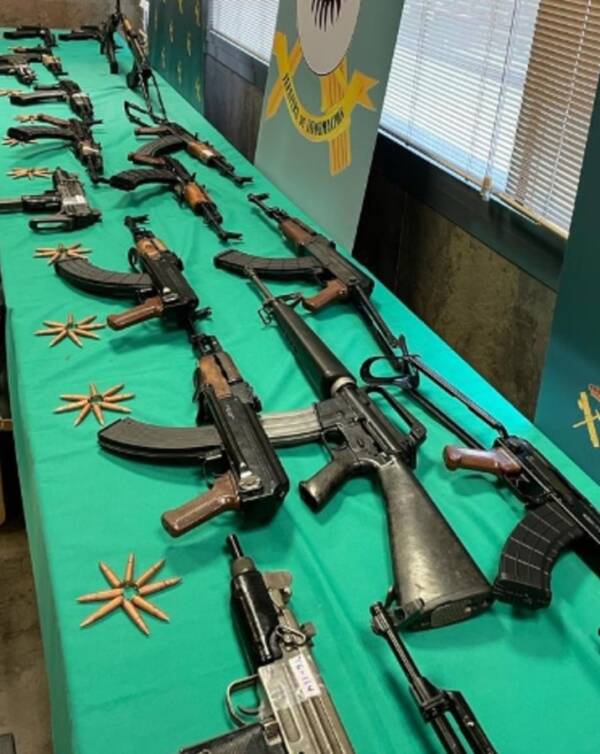 Spanish Civil GuardSpanish police traced an arms trafficking ring back to a Nazi-themed warehouse in Andalusia.

Over the last year, Spanish authorities have been working to bust an illegal weapons enterprise that was operating throughout Europe. When they finally raided one of the criminal group’s warehouses this week, authorities were shocked to discover that it was not only full of weapons but also Nazi memorabilia.

According to Newsweek, the Spanish Civil Guard found the warehouse in the autonomous region of Andalusia, and it included Nazi uniforms, emblems, and medals. Several portraits of Adolf Hitler also adorned the walls while male and female mannequins were found dressed in mint-condition Nazi gear and placed throughout the warehouse like a small army.

The Spanish Civil Guard described the discovery as a “museum of Nazi-themed objects.” They also disclosed that the building had been rented by one of the two German men who were arrested during the bust. A third man, a British national, was also detained at the site. 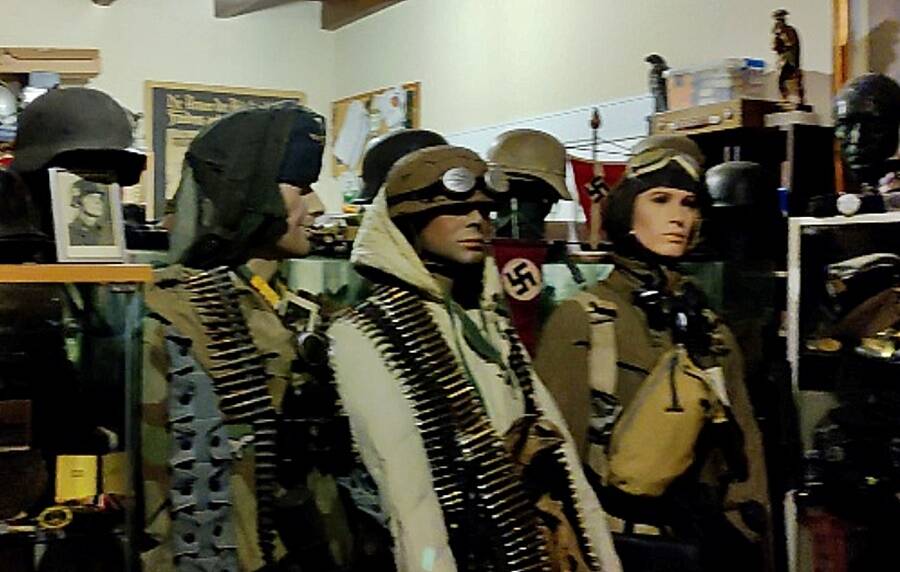 The men are suspected to head an illegal weapons enterprise that involved scraping off serial numbers and upgrading the weapons’ automatic capabilities for resale. Some of the firearms were found already sealed, packed up, and ready for delivery to European drug traffickers.

Authorities believe that the weapons were first modified inside a secret workshop in Malaga, then packed and stored at the Andalusian warehouse.

The three men have since been charged with drug trafficking and falsifying documents in addition to arms trafficking charges. At least one of the men has known ties to the neo-Nazi movement.

During the raid, the police confiscated a collection of high-grade firearms that were being customized and traded on the European black market. In total, the police found 160 firearms — including 22 AK-47 assault rifles, eight submachine guns, and 121 short weapons — along with nearly 10,000 bullets and a grenade with three pounds of explosives.

Video footage showing the massive collection of illegal arms that was uncovered was shared on the Spanish Civil Guard’s social media account:

The Andalusian coast has become a notorious hotbed for drug trafficking over the last few decades as international smugglers have used the strait to transport drugs between African and Spanish borders. But local authorities recently found a shocking number of firearms being used in so-called “rollovers,” or crimes related to drug theft and trafficking.

Starting a year ago, Spanish police had been surveilling one of the German men who was living in the country under a fake identity. The Spanish police joined forces with German authorities to carry out a search of the suspect’s home in the city of Coín, where they uncovered a workshop full of sophisticated machinery. Police suspected that the machinery was used to modify the ring’s illegal firearms. 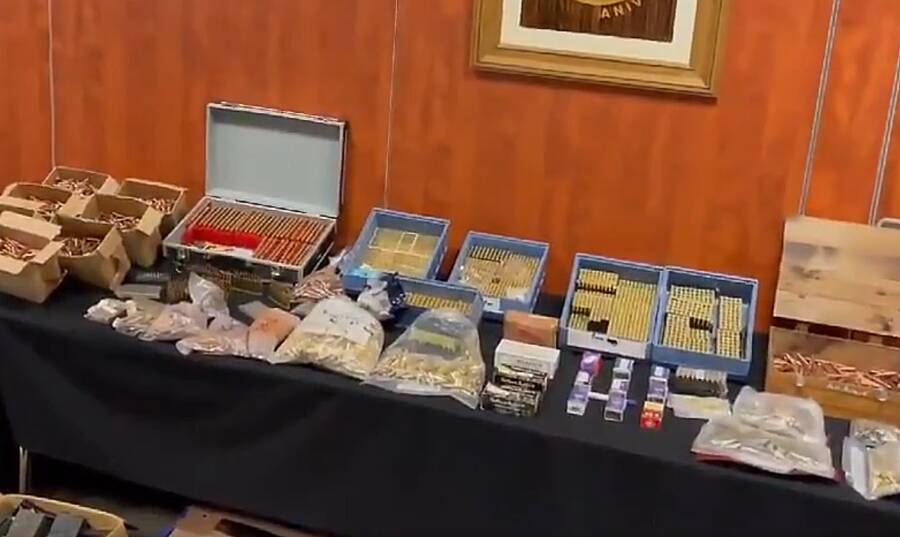 Spanish Civil GuardPolice confiscated 160 firearms, 10,000 bullets and a grenade with three pounds of explosives inside the Nazi warehouse.

The British suspect, who had previously been arrested for drug trafficking, was allegedly acting as the middleman between the German arms dealers and the European drug runners.

“This individual adopted strong security measures in his transfers so as not to be identified,” read a translated statement by the Spanish Civil Guard. “In addition to hiding the weapons in double bottoms of high-end vehicles, he used false passports when traveling.”

Police believe that the group procured the weapons from Eastern Europe and modified them to be sold to drug traffickers from Costa del Sol and Campo de Gibraltar.

The successful trafficking bust was the result of a joint effort between multiple Spanish agencies, including the Information Office (UCE3) of the Civil Guard, the Andalusian Area Information Section and Information Group, USECIC, and the GEDEX of the Malaga Command.

According to the police statement, the UCE3 carried out more than 87 operations against arms trafficking networks over the last five years. More than 4,737 firearms, 581,281 metal cartridges, and 412 pounds of explosives have been seized so far.

Next, learn how the Spanish police captured the first-known “narcosub”, a submarine smuggling $100 million worth of cocaine. Then, delve inside the bizarre incident of feral pigs chowing down on $22,000 worth of cocaine that was hidden in an Italian forest.