Weegee's striking crime scene photos that captured "the details and drama, the humor and the horror, along the city’s streets." 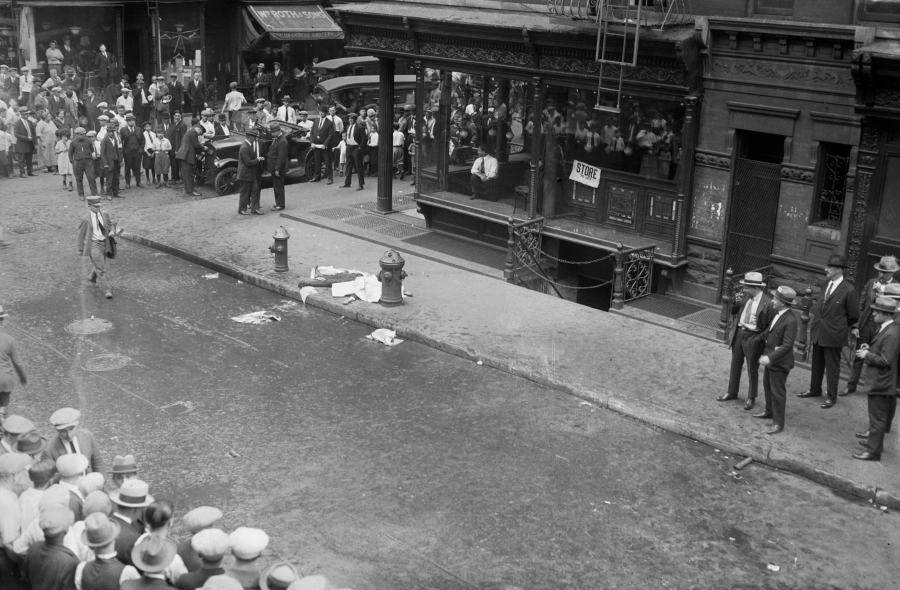 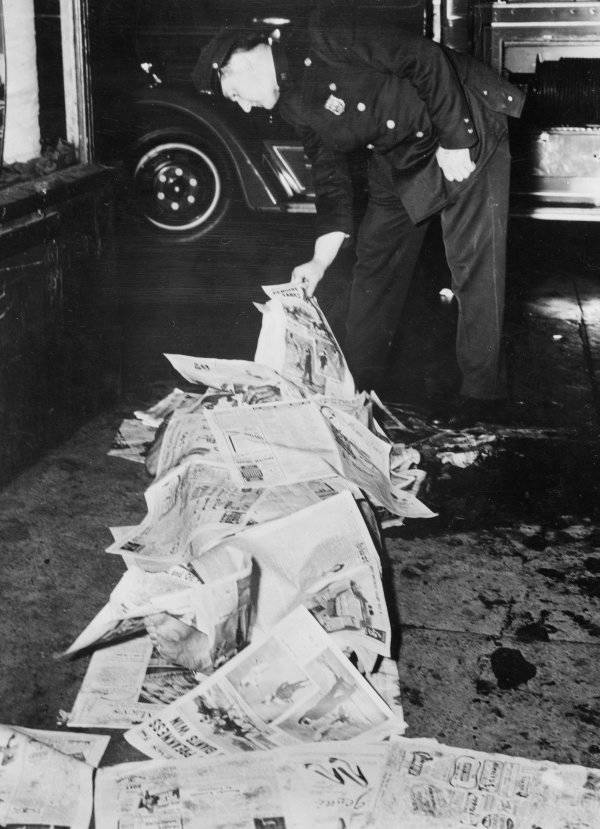 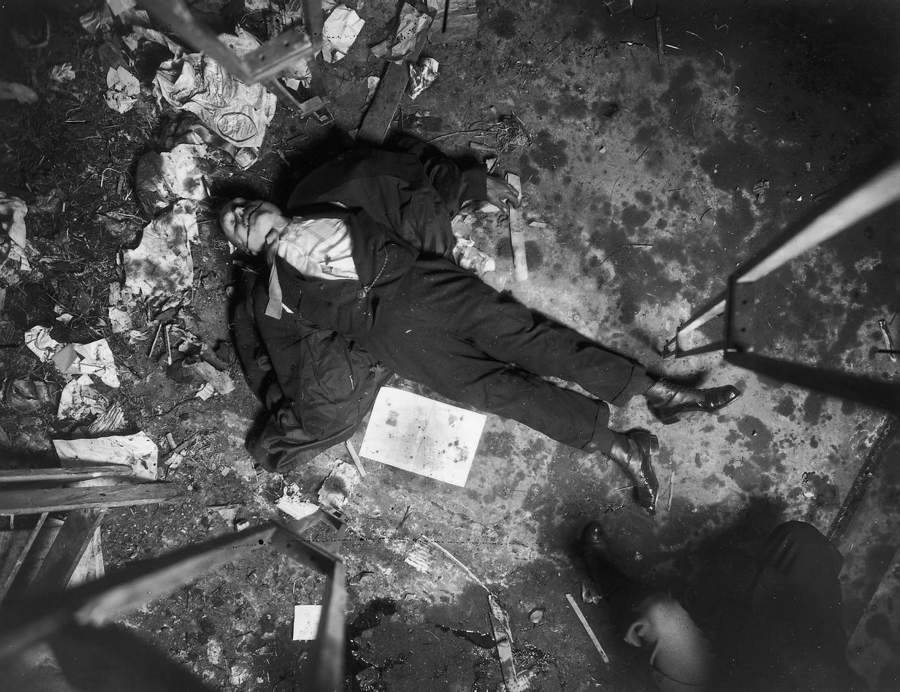 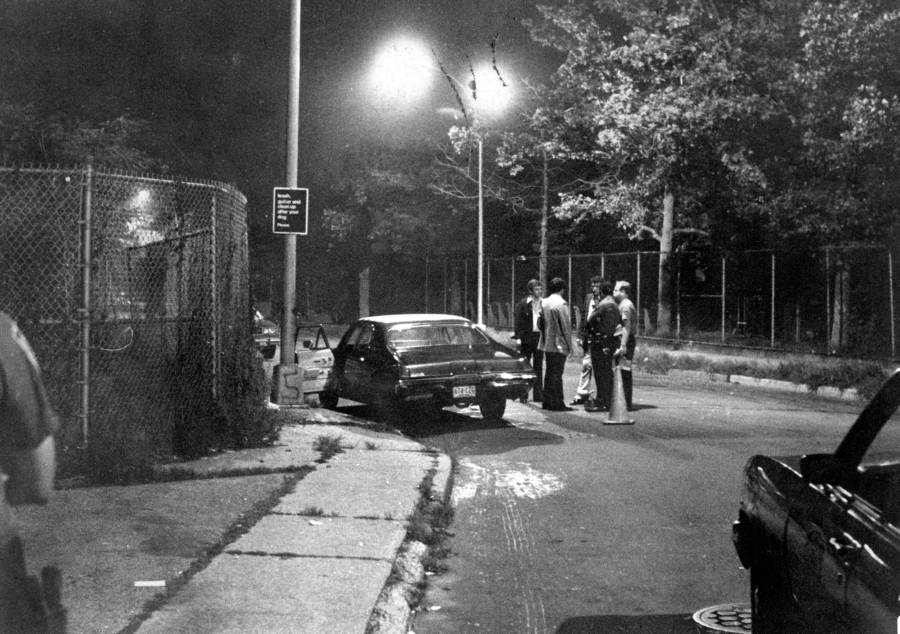 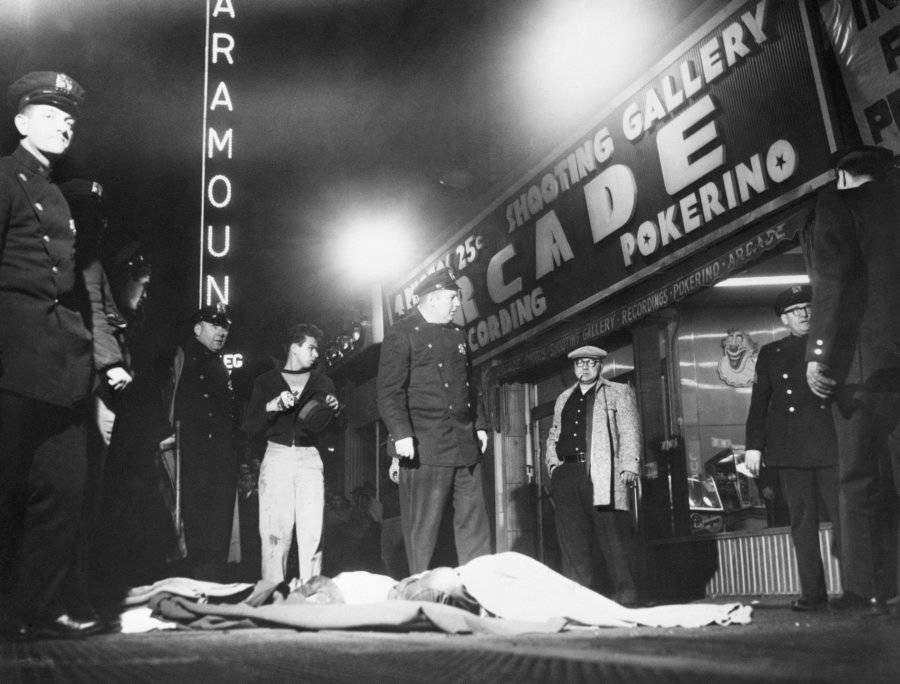 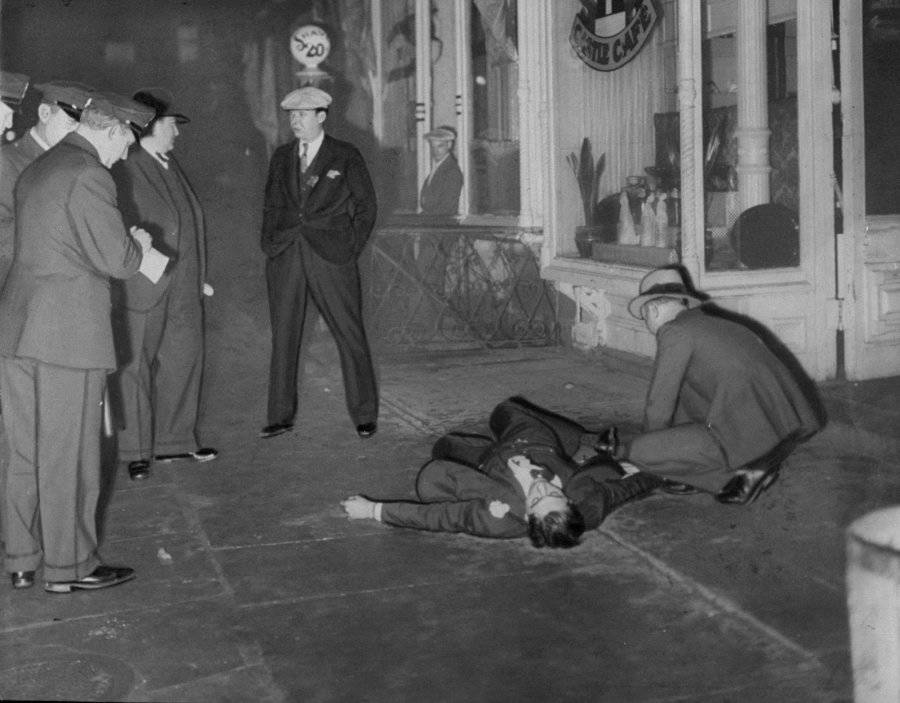 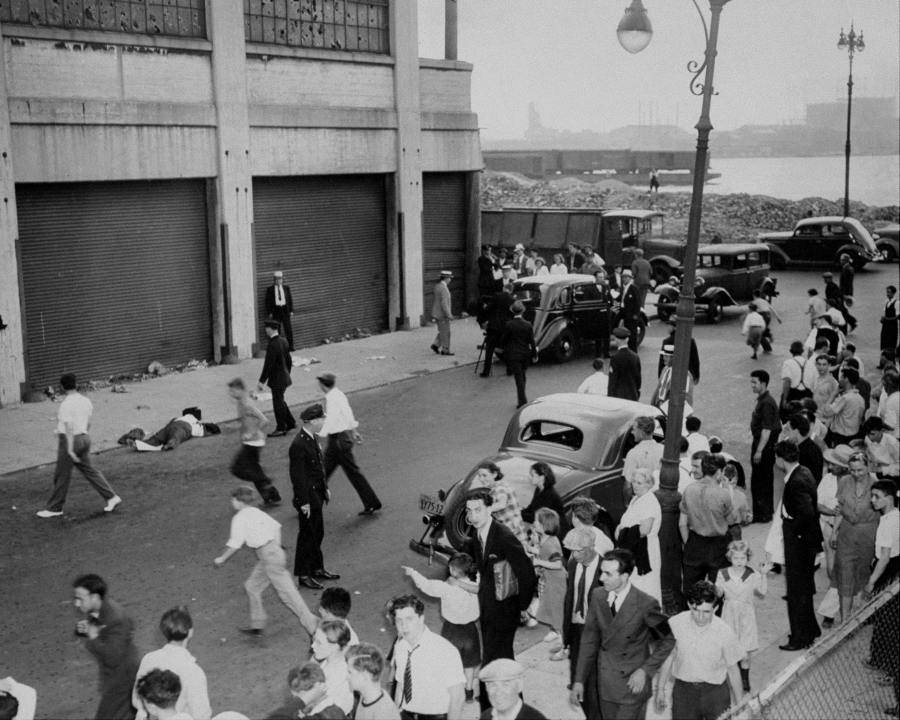 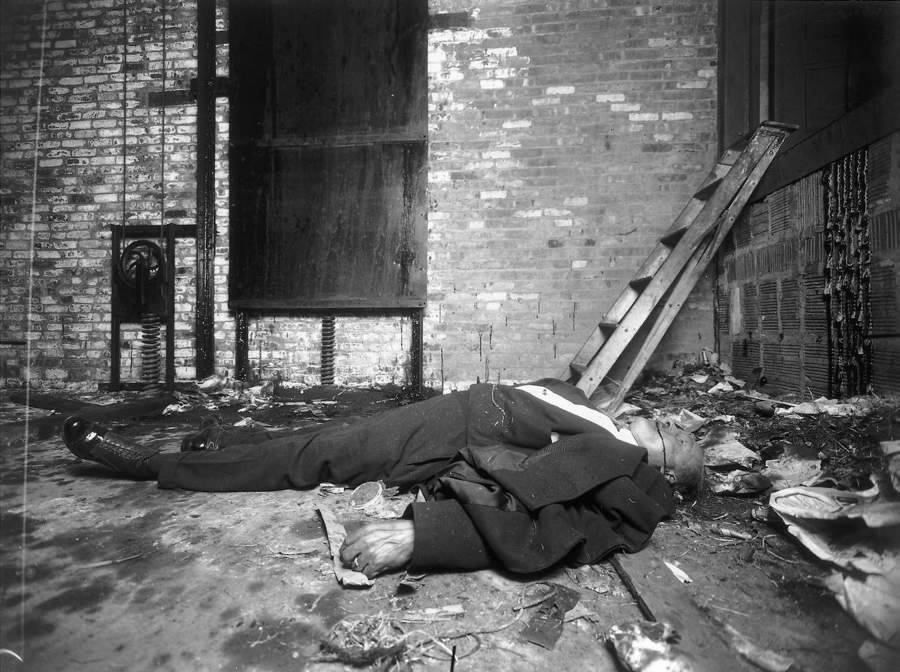 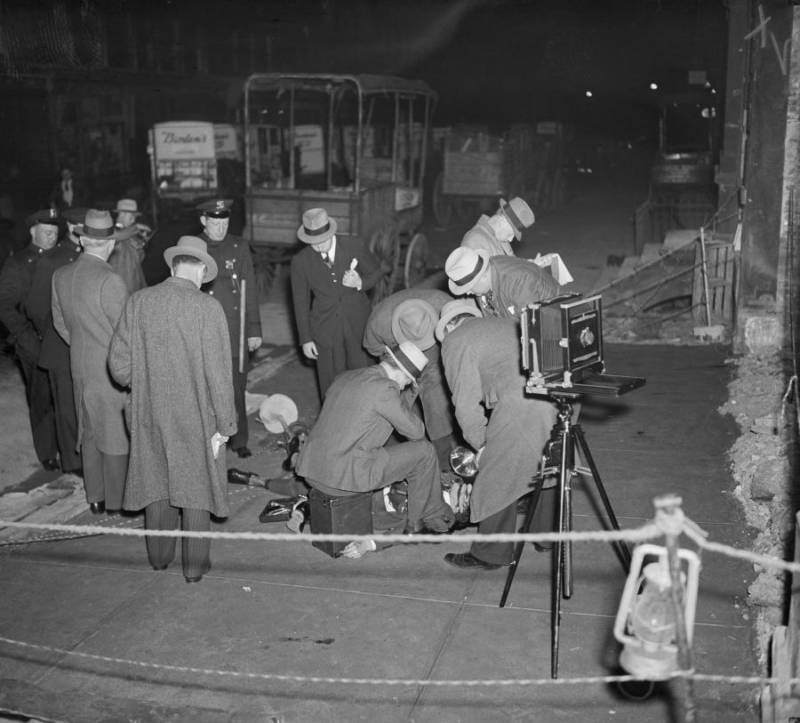 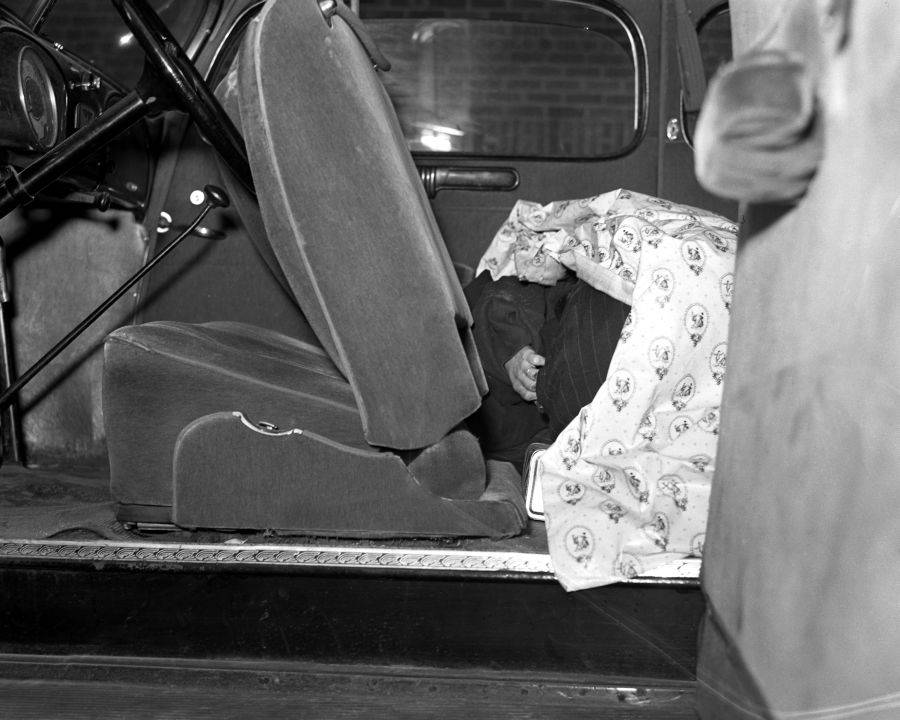 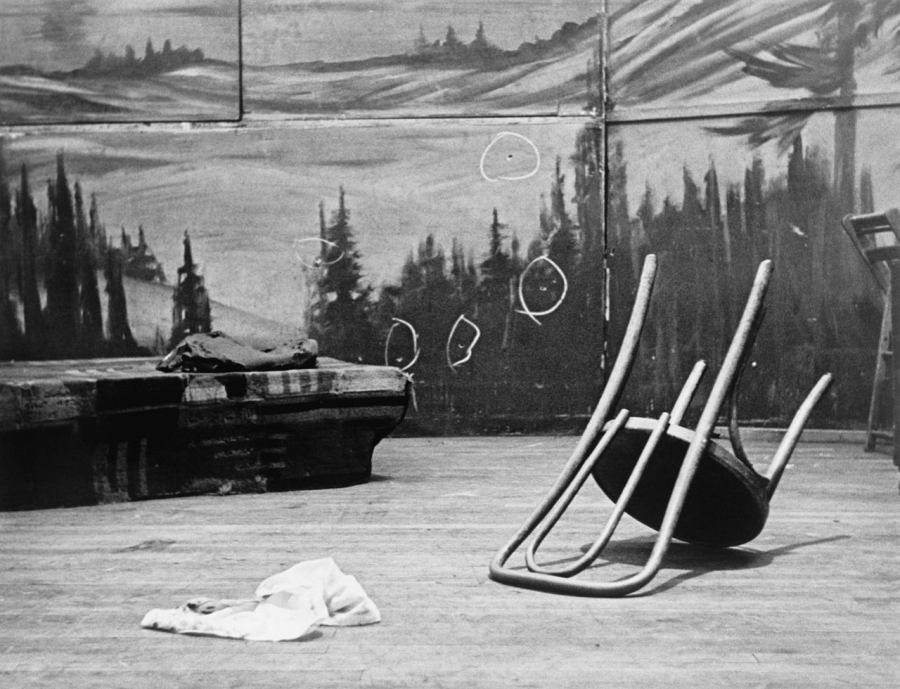 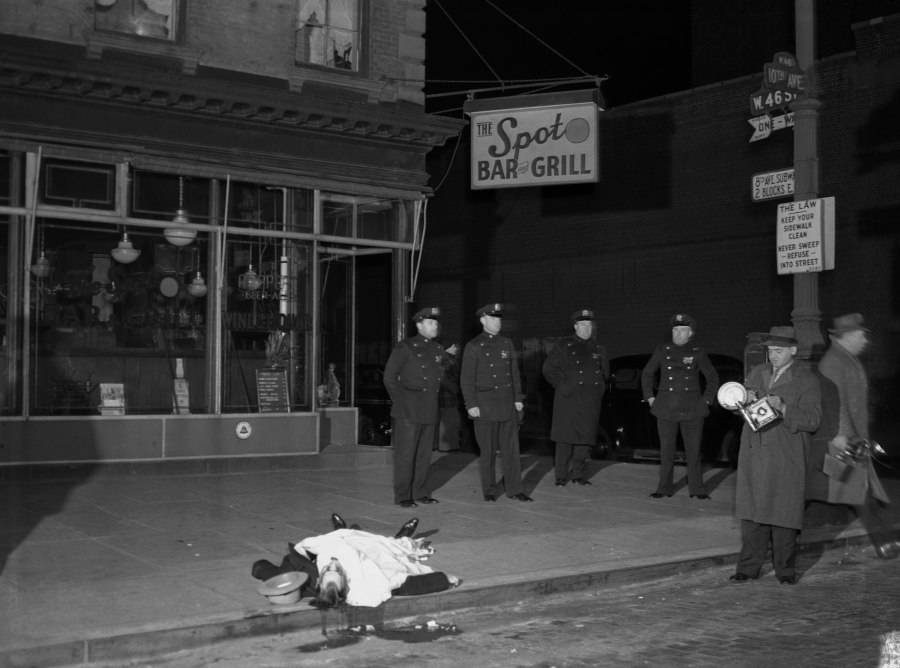 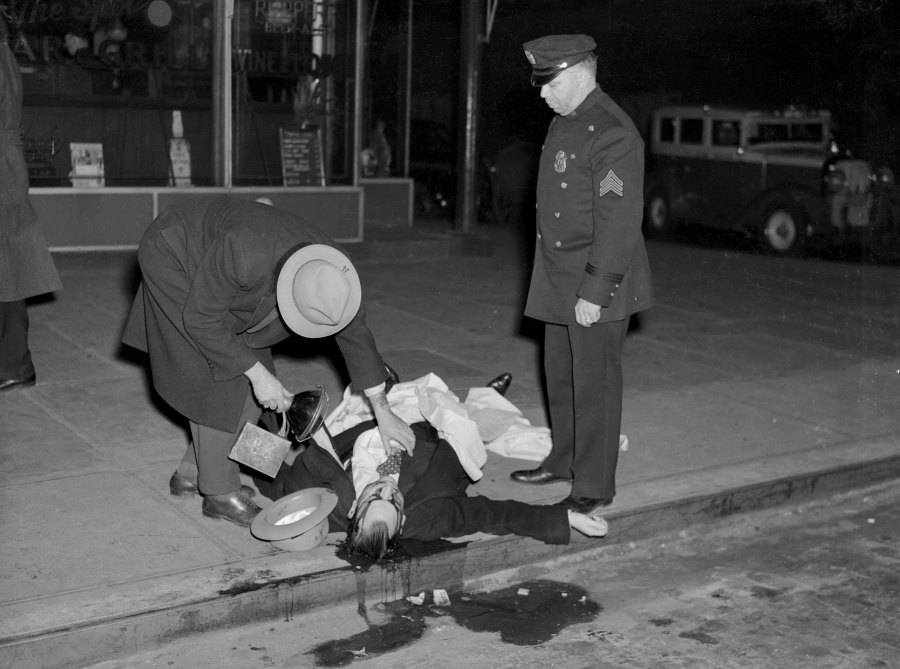 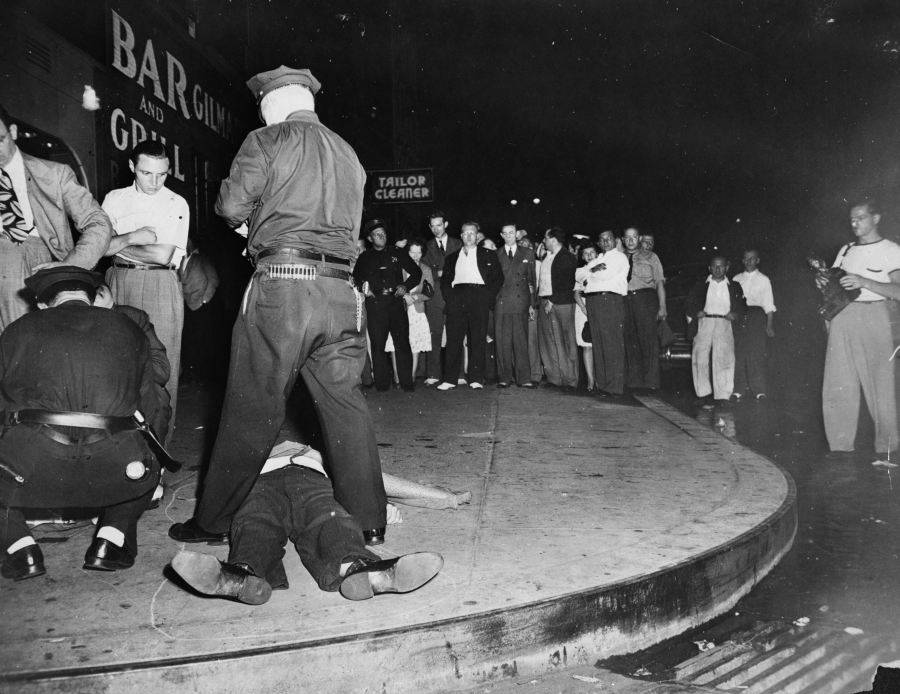 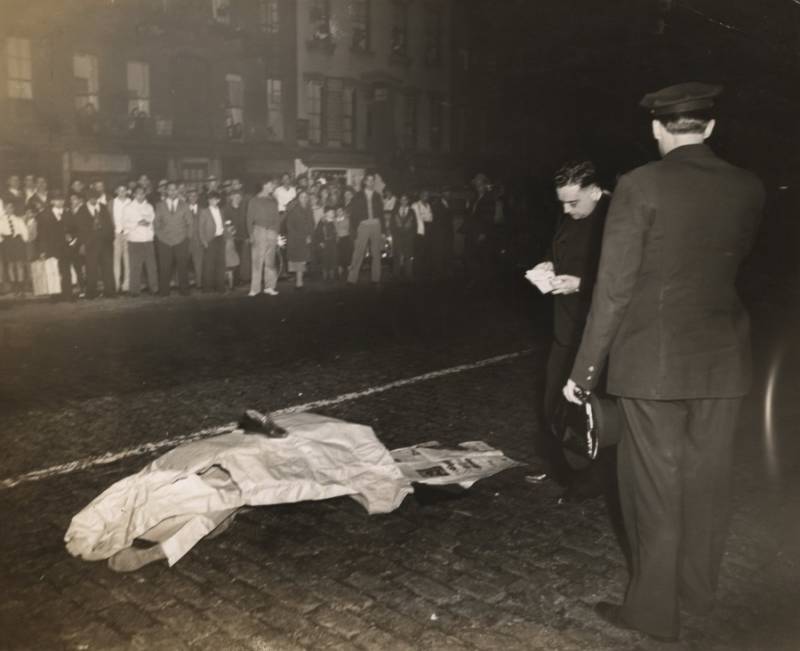 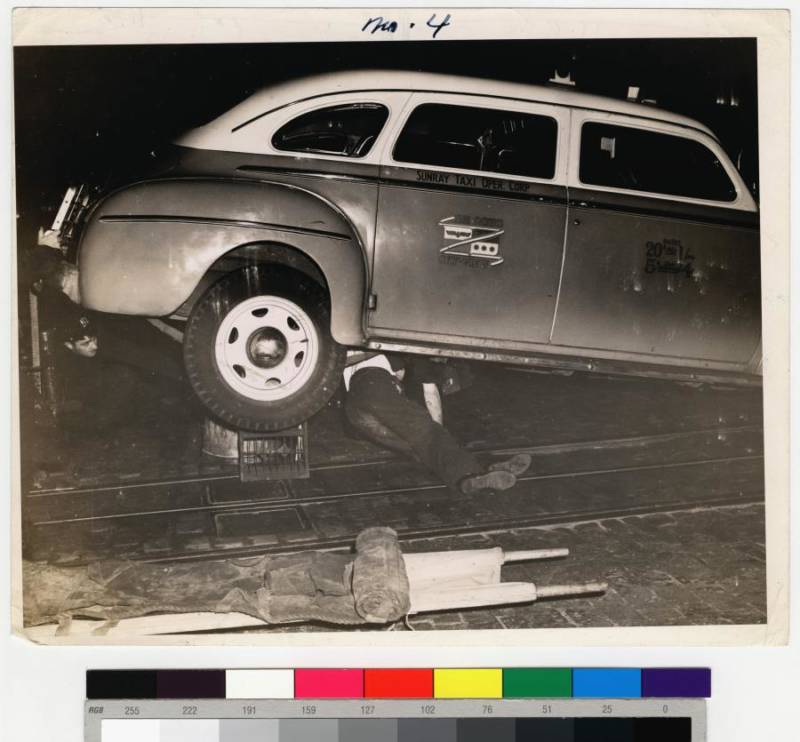 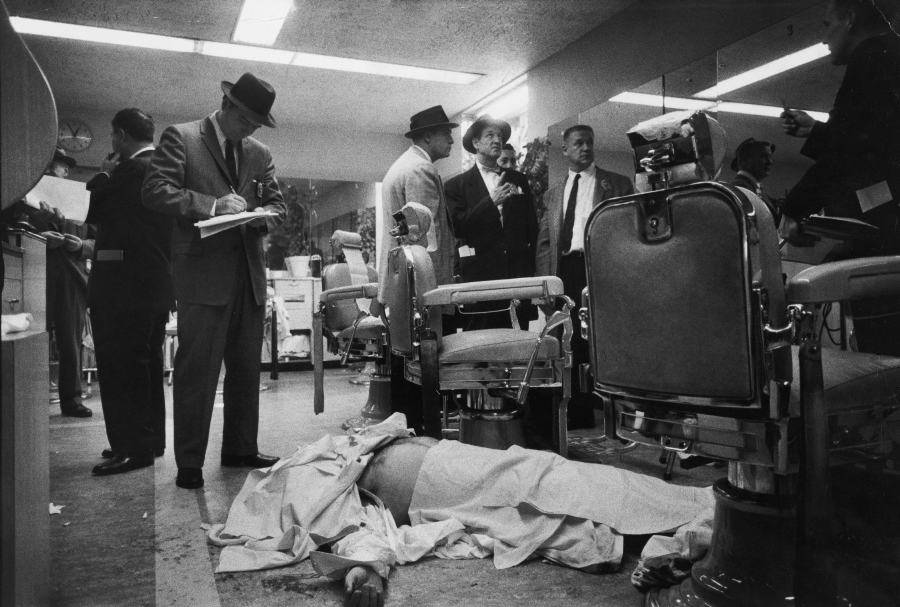 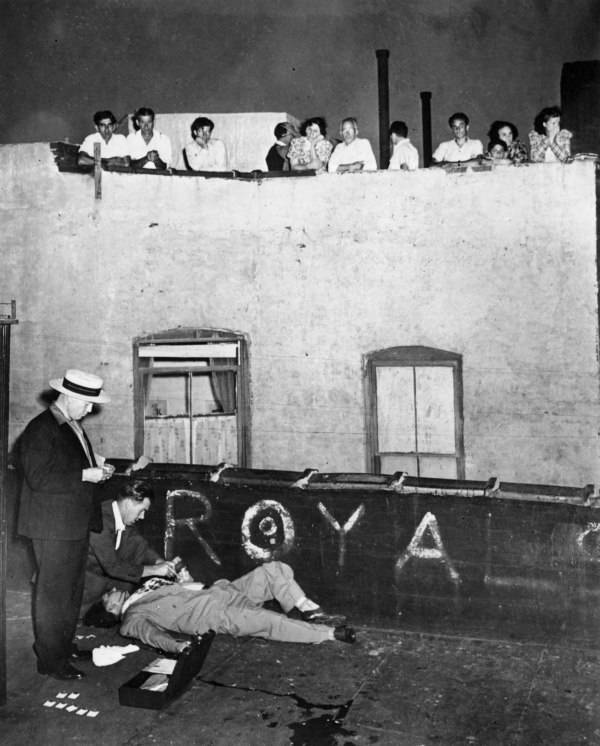 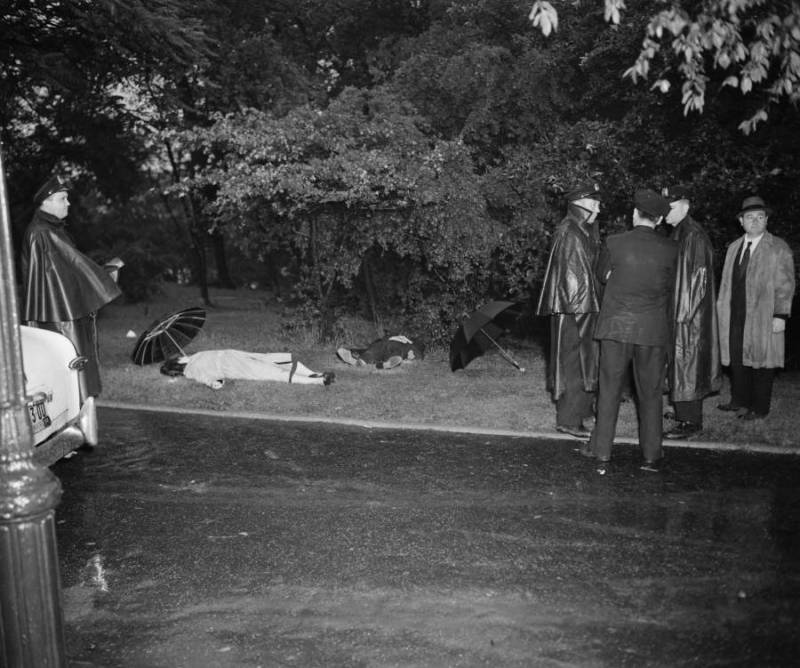 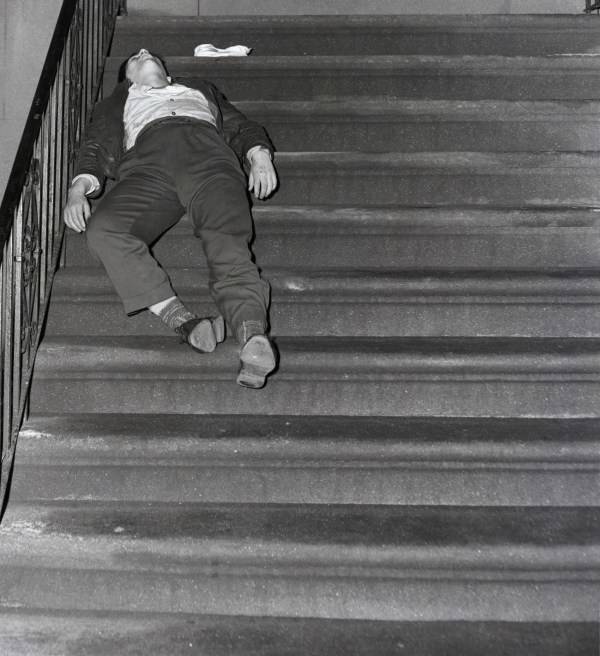 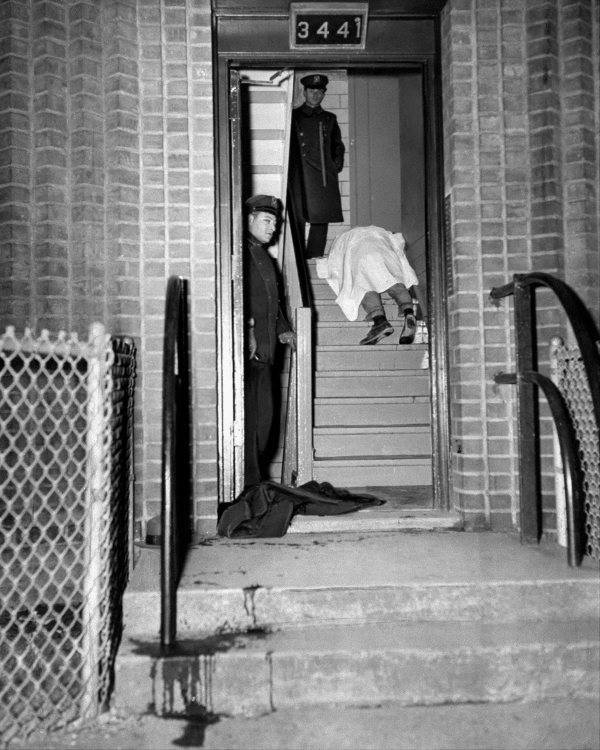 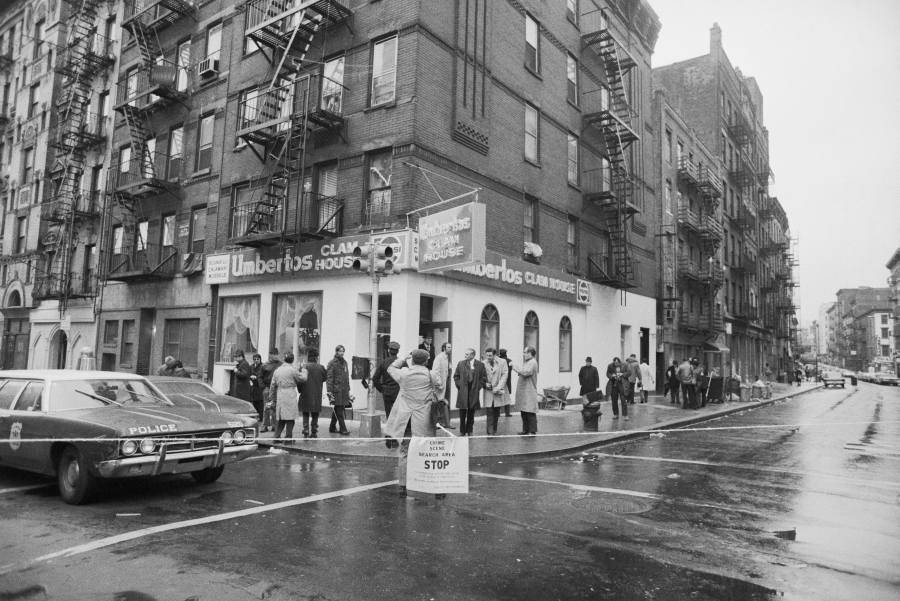 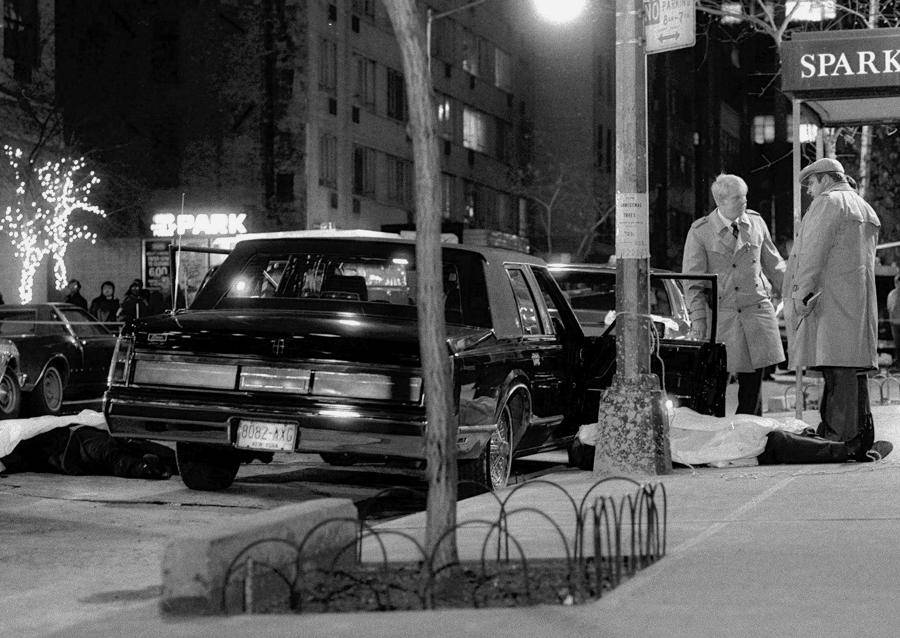 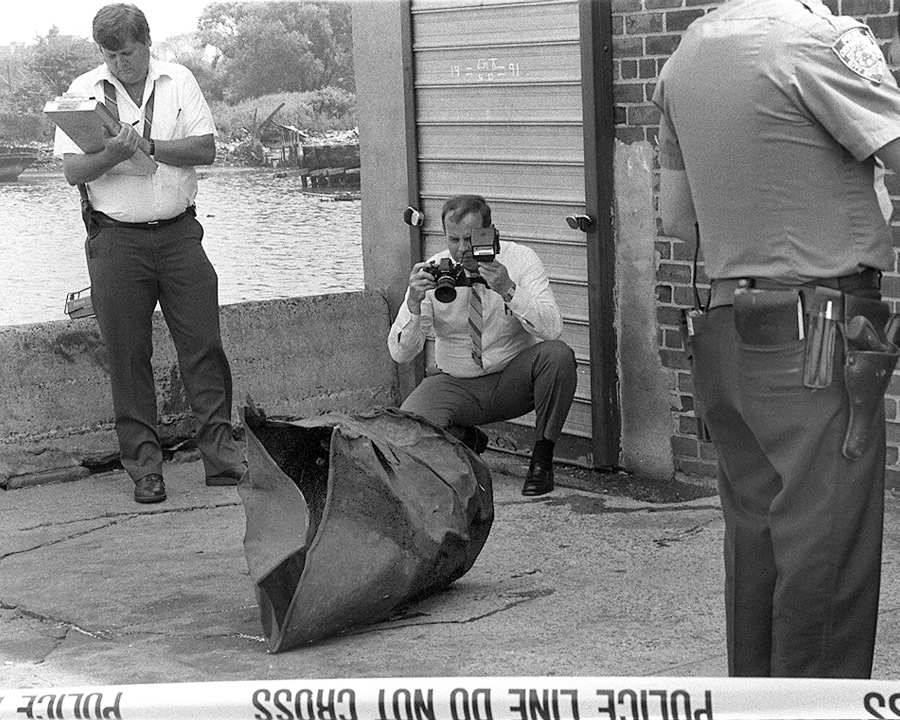 Why the name "Weegee"? One guess is his paranormal-like ability to get to a scene before the fuzz:

"His apparent sixth sense for crime often led him to a scene well ahead of the police. Observers likened this sense, actually derived from tuning his radio to the police frequency, to the Ouija board, the popular fortune-telling game. Spelling it phonetically, Fellig took Weegee as his professional name."

Or the nickname might have something to do with his humble origins:

"Weegee got his nickname from back when he was on the lowest rung of the photography lab: the squeegee boy, whose job was to dry the prints before bringing them to the newsroom."

Regardless of how he got the name, it's deeply ironic that such a playful-sounding figure was best known for capturing, in vivid black and white, photographs of fresh corpses strewn throughout New York.

Weegee's pioneering work is indeed still hard to look at today, and is far more gruesome than anything a 21st-century tabloid would run. But it wasn't artless. As David Gonzalez of The New York Times writes, Weegee eschewed the "just-the-facts approach of routine police crime scene photography" to capture "the details and drama, the humor and the horror, along the city’s streets."

The gallery above captures a number of Weegee's photos, along with some taken by other contemporaneous shutterbugs, in addition to crime scene photographs taken in New York City in the decades just after Weegee's grimy reign.

Is there aesthetic value in a collection so grisly? Author Tristan H. Kirvin, for one, writing about an exhibit of New York crime scene photos in the Journal of Criminal Justice and Popular Culture, says yes — with an asterisk:

"Another riddle, of course, is whether evidentiary, surveillance, or crime-scene photography is art. While there may be consensus regarding the positive artistic attributes of 'realistic' photography, the pictures ... do not largely evince an artist's touch. The poignancy residing in most of them is accidental."

If your curiosity is morbid enough, and your stomach is strong — judge for yourself.

Next, see some of the grisliest mob hits of decades past in New York and beyond. Then, see more of the most compelling photographs ever taken by Weegee.