Newgrange: The Massive Irish Tomb That’s Older Than The Pyramids

The opening of the ancient tomb of Newgrange in County Meath, Ireland, perfectly aligns with the rising sun every winter solstice. 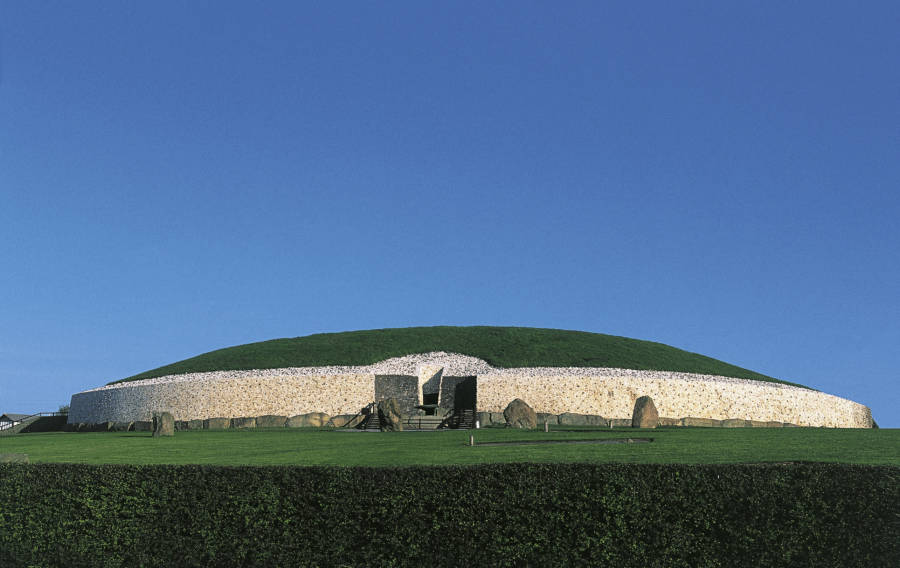 The massive tomb complex of Newgrange, Ireland deserves to be the Eighth Wonder of the Ancient World. This hemispherical tomb just north of Dublin was built five hundred years before the Great Pyramid at Giza even existed.

Plenty Of Room In The Tomb

The massive hemispherical tomb is located in the Brú na Bóinne – Gaelic for the “palace” or “mansion” of the River Boyne. This 3-square-mile area contains nearly a hundred ancient monuments, including two other large tombs in addition to Newgrange, Knowth and Dowth. 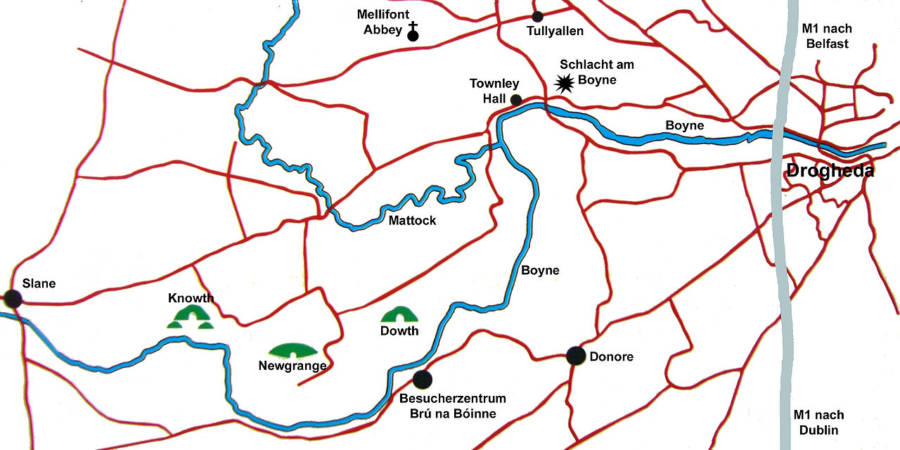 Newgrange is a remarkable example of a so-called “passage tomb.” Characteristic of the Neolithic Period, passage tombs in Ireland are often hemispherical and usually atop a hill. The name comes from the long, covered passageways leading from a small entryway into the heart of the burial. Most passage tombs are in northern Europe — Ireland, Britain, Scandinavia, northern Germany, the Netherlands — and are also found around the Mediterranean and the northern coast of Africa.

Measuring 262 feet in diameter — about the length of a New York City block — Newgrange is located in County Meath in eastern Ireland, north of Dublin. Its mound, made of quartz and granite stones from the mountains of Ireland, contains a single tomb with the remains of five individuals. Some grave goods — including small beads and gold jewelry from the Roman period — survived in the tomb, and human-made, upright stones were placed in the earth next to the tomb, perhaps after it was initially built. 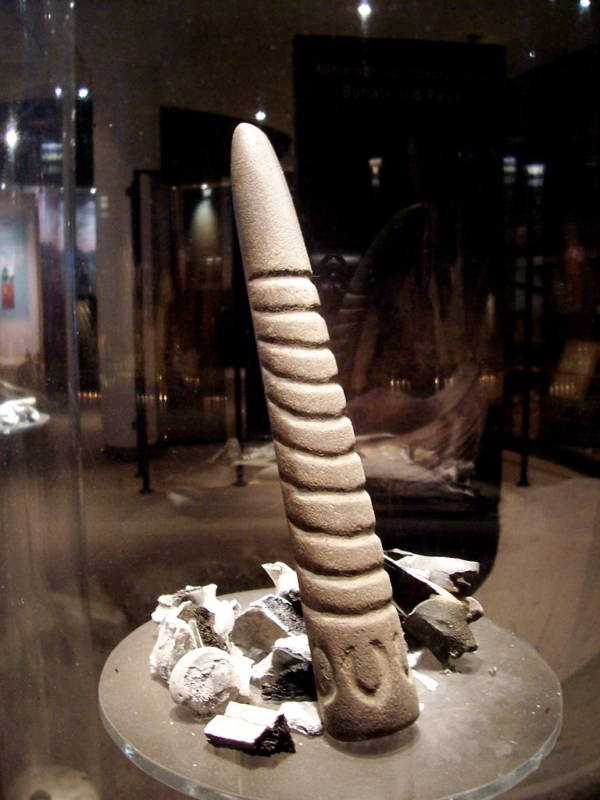 Why Did Ancient People Build Newgrange?

So why did the ancient inhabitants of Ireland decide to construct Newgrange and other megalithic monuments? Unfortunately, the people who resided in Neolithic County Meath did not leave a large archaeological record behind them. 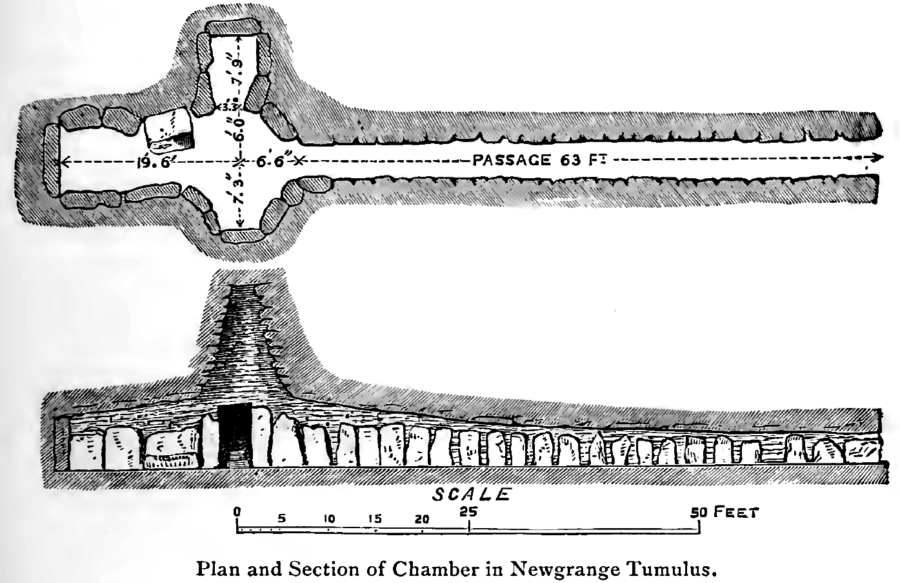 “One of the great anomalies of the Boyne Valley is the contrast between the magnificent and enduring ritual monuments and the somewhat ephemeral evidence for daily life,” Muiris Ó Súilleabháin, an archaeology professor at University College Dublin, told the Irish Times. “There is no evidence of a large-scale settlement such as would explain the organization and sophistication indicated by the tombs. So the people of the Middle Neolithic remain elusive.”

On the winter solstice, the sun illuminates Newgrange’s chamber.

Every year, when the sun rises on the winter solstice — the shortest day and longest night of the year — sunlight shines through a precisely placed opening in the stone walls, illuminating the long hall of the tomb.

Why would the ancient Irish have built massive tombs in alignment with the sun’s rays? Though they contained human remains, not all passage tombs were just resting places for the rich and famous. In fact, many of them hosted annual rituals.

Historians don’t know for sure whether Newgrange hosted rituals, but it’s possible people flocked to the site on the solstice to welcome the rebirth of the sun. 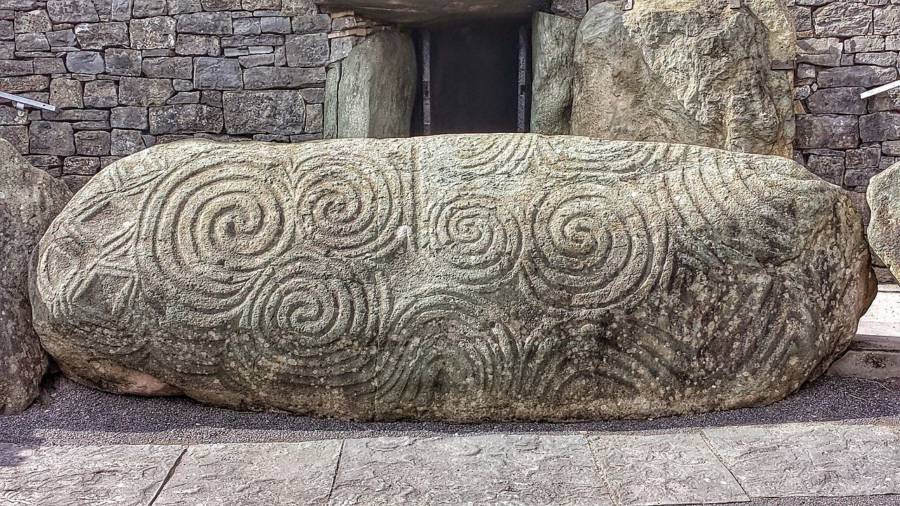 Newgrange is also decorated with massive stones, many of which are covered in intricate designs. The “Entrance Stone” — located, you guessed it, at the entrance to the passage tomb — is covered in engraved swirls and geometric patterns.

The Entrance Stone is one of 97 “kerbstones,” sizeable blocks bordering the Newgrange tumulus. The detail present on these engravings and others scattered around Newgrange attest to its importance for the community who ordered it built. 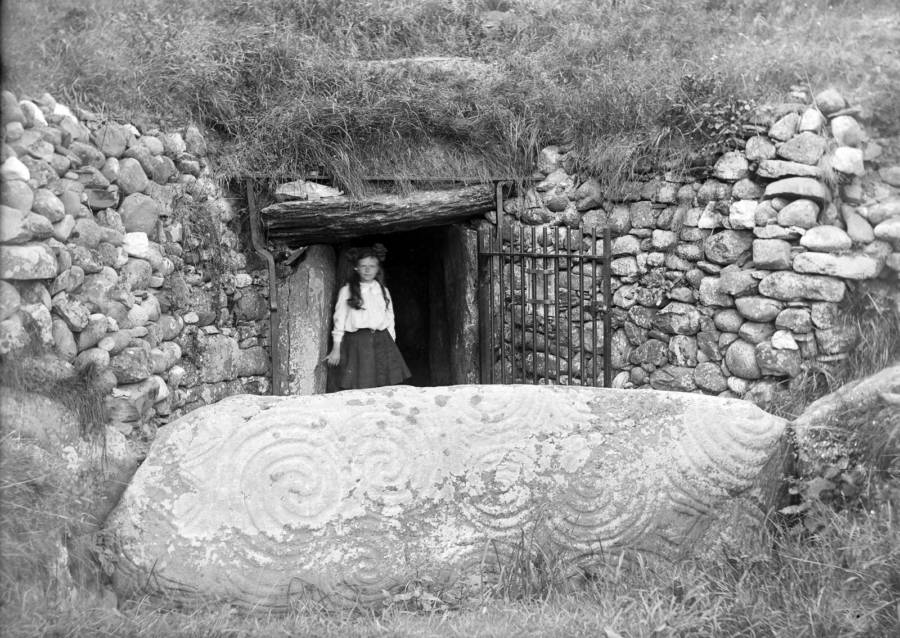 Archaeologists believe the Newgrange site lay dormant after the Bronze Age. But in the third and fourth centuries A.D., the site reemerged in the archaeological record. Excavators have found artifacts from the late Roman period, dated between 350 and 450 A.D.

“The most likely explanation was that the site was used as a cult site in the third and fourth century AD,” Raghnall Ó Floinn, head of collections for the National Museum of Ireland, told the Irish Times. 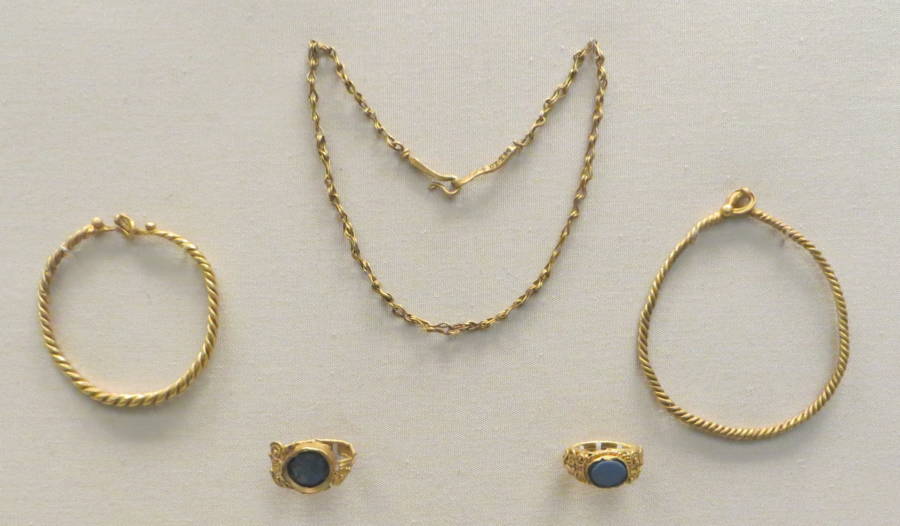 Jononmac46/Wikimedia CommonsAncient Roman gold jewelry found at Newgrange, on display at the British Museum in London.

For more than a thousand years, Newgrange lay dormant. It wasn’t until 1699 that Newgrange reemerged, both literally and physically. In that year, local landowner Charles Campbell ordered his territories surveyed, in order to quarry one particular mound for stone.

While excavating, Campbell’s men “came at last to a very broad flat stone, rudely carved, and placed edgewise at the bottom of the Mount. This they discovered to be the Door of a Cave…”

Welsh naturalist Edward Lhuyd soon popped by for a visit. Lhuyd drew up the first known map of Newgrange.

A Newgrange For A New Age 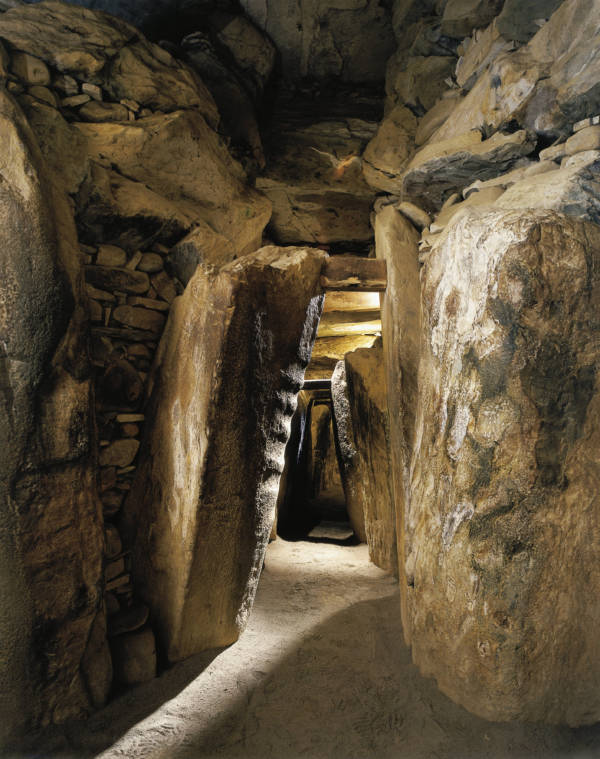 Over the next few centuries, historians wildly speculated as to Newgrange’s origins. Did the Phoenicians trek over from the Levant to build this giant tomb? Did Roman soldiers build a subterranean temple of the god Mithras here? Nope, as Professor Michael O’Kelly discovered in the 20th century.

O’Kelly excavated Newgrange between 1962 and 1975. He worked tirelessly to preserve the deteriorating tomb, stopping the general public from taking “souvenirs” home with them. And in December 1967, O’Kelly made the most remarkable discovery of all. He stood in the passage tomb’s narrow pathway and watched sunlight shine through at last.

Today, Newgrange is still a site of international importance. Archaeologists discover new features in Brú na Bóinne all the time — most recently, due to an epic drought. But newcomers also come to Newgrange for spiritual reasons. Those seeking mystical connections to ancient Ireland flock there each winter solstice. Only a few people are allowed in to see the sunlight stream through the opening, but all celebrate the annual celestial happening in ancient fashion — together.

After reading about Newgrange, Ireland’s 5,000-year-old tomb, check out the world’s oldest structures that are still standing today. Then, check out another important the unsealed tomb of Jesus