By All That's Interesting | Checked By Joanna Nix

Niels Högel's grandmother and father were both nurses. He had a normal childhood. He also began purposefully killing patients just to see if he could resuscitate them. 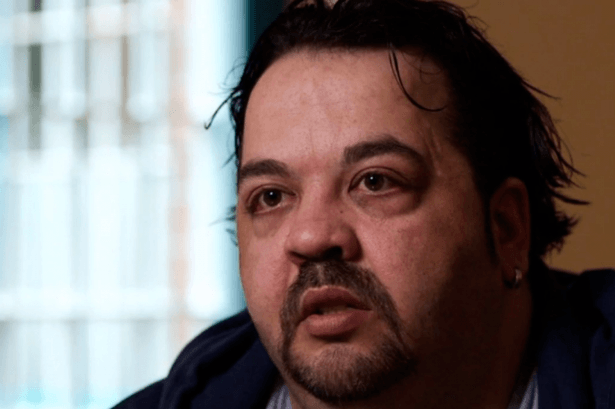 TwitterNiels Högel admitted to 55 of the 85 provable murders, though authorities believe the body count to be as high as 200.

Niels Högel chose an admirable profession and dedicated his life to the service of others as a nurse. The downtime between patients, unfortunately, led the German nurse to an unconscionable activity that has just landed him in prison for life.

According to NPR, Högel injected patients with serious prescription drugs that would lead to cardiac arrest, and then try to show off his resuscitation skills — could he revive those he was killing? How often?

Niels Högel has just been convicted of 85 murders, even though, according to CNN, he previously confessed to killing 100 patients aged between 34 and 96. These cruel murders took place at two hospitals in northern Germany between 2000 and 2005.

Fifteen of those deaths lacked sufficient evidence for a conviction, due to cremations of the bodies before anything seemed suspect. And so Högel was convicted of 85 killings and sentenced to prison for life.

Judge Sebastian Bührmann presiding over the 42-year-old’s case said Högel’s actions were “incomprehensible: That’s the word that characterizes this.”

A Deutsche Welle segment on the latest developments regarding Niels Högel.

Police, meanwhile, believe Högel killed up to 200 patients. Since no autopsies were conducted on the now-suspicious deaths of cremated patients, however, the trial revolved around the deaths they could prove occurred at his hands.

The troubled nurse is already serving a life sentence for six convictions — including homicide and attempted homicide in 2008 and 2015. It was these incidents that led police to investigate hundreds of strange and bizarre deaths at the hospitals he worked in.

Niels Högel admitted to 43 counts of murder. The “seriousness of his crimes” led the northwestern German court to put him behind bars for good. The former nurse, meanwhile, apologized to the friends and families of those he hurt.

“I would like to sincerely apologize to every single individual for all that I have subjected them to over the years,” he said in court.

How Did He Get Away With It For So Long? 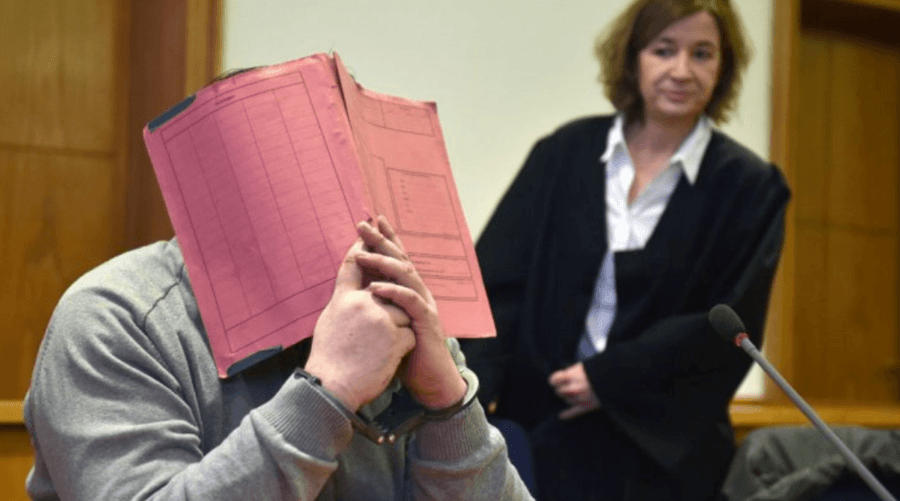 TwitterHögel in court, shying away from the cameras.

Perhaps most befuddling is just how long Högel was able to conduct his nauseating challenge on innocent patients. Some staff members considered him a “bad luck charm,” since so many patients under his case required lifesaving emergency measures. His colleagues dubbed him “resuscitation Rambo.”

Judge Bührmann criticized the “collective amnesia” of the staffs of the two hospitals where Niels Högel worked. Nobody seemed to intervene or blow the whistle on Högel’s five-year killing spree.

Staff from the hospital in Oldenburg who testified said they had been absolutely ignorant to the killer’s actions, while colleagues from the Delmenhorst hospital admitted they’d been suspicious about him.

Högel asked the families of his victims for forgiveness, seemingly regretful for his “horrible acts.” An estimated 126 relatives were co-plaintiffs in this trial, which began in October 2018.

Wikimedia CommonsThe Josef Hospital Delmenhorst, in which Högel played his macabre game of killing patients only to attempt resuscitation.

Niels Högel was caught injecting a lethal dose ajmaline into a patient’s veins in Delmenhorst in 2005. The drug induces arrhythmic contractions, intended to serve as a useful tool when checking for a particular heart rhythm disorder.

A day later, the patient died — but not a single superior, colleague, or staff member alerted the police for two days. That gave Högel enough time to kill another patient on June 24, 2005 — his last killing. In 2008, sentenced to seven and a half years in prison for attempted murder.

After the 2008 trial and media frenzy, investigators looked into more of Högel’s patient history. In the course of the investigation, he admitted to 90 unauthorized injections, 30 of which resulted in deaths. In 2015, he was convicted of two murders and two attempted murders.

In total, authorities have reviewed over 500 patient files, hundreds of hospital records, exhumed 134 bodies from 67 cemeteries, and questioned the killer numerous times.

An RT segment on Högel’s sentencing.

As for the 15 not guilty counts due to the lack of sufficient evidence, Judge Buehrmann felt nothing but frustration at the impotence of agency. “We were not able to shine light through part of the fog that lay over this trial,” he said. “That also fills with a certain sadness.”

In terms of motivation to commit such heinous acts, Högel himself explained that he’d had a perfectly normal, “protected” childhood. He explained that his upbringing was free of violence, and that both his grandmother and father were once nurses.

“Now I sit here fully convinced that I want to give every relative an answer,” Niels Högel said. “I am really sorry.”

The only honest explanation Högel was able to provide, besides the apology, was that the mundanity of repetition and environment forced him to seek out alternative excitement.

“It was the clinical daily routine which failed to challenge me,” he said.

After learning about Niels Högel, the German serial killer nurse convicted of 85 murders, read about Beverly Allitt, a British nurse who killed her patients. Then, learn about Patrick Kearney, the serial killer who had sex with his victims after murdering them.