Nikolai Dzhumagaliev earned his nickname "Metal Fang" after being fitted with an unusual set of white metal dentures. 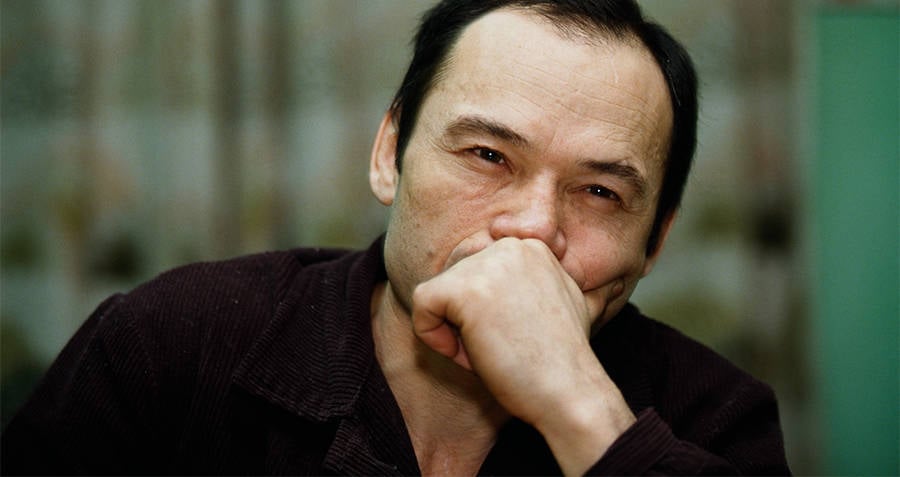 My, what nice teeth Nikolai Dzhumagaliev had.

All the better to eat people with, of course.

And eat people he did – nine people to be specific, but possibly more. Between 1979 and 1981, and then from 1989 to 1991, Dzhumagaliev terrorized the small villages surrounding Uzynagash, Kazakhstan, murdering and cannibalizing women and earning himself the nickname “Metal Fang.”

Dzhumagaliev’s life prior to 1979 never suggested that he would turn into such a monster. He had been born into a stable family, the third of four children and the only son. He graduated from school and joined the Soviet Army, serving in the chemical defense unit. When his time in the service was completed, he began to travel, visiting the Ural Mountains, Siberia, and Murmansk, and took a number of odd jobs as a sailor, an electrician, and a firefighter. 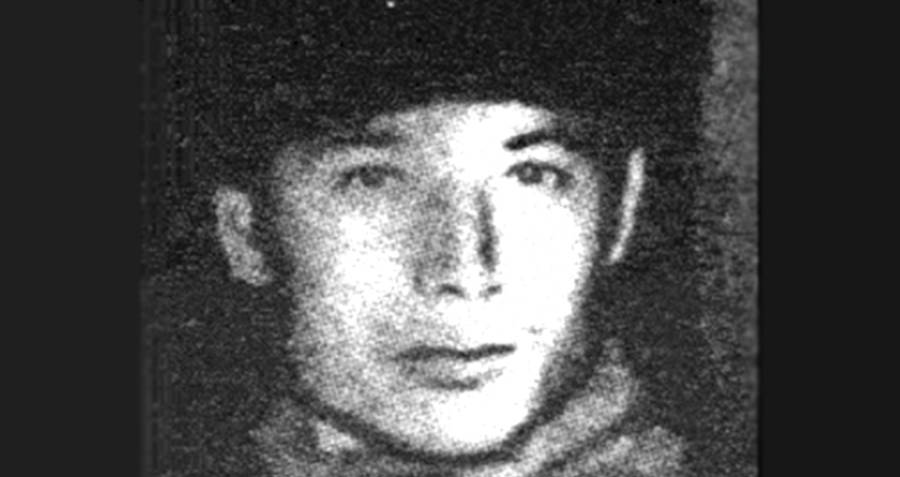 Then, in 1977, everything changed. Upon returning home to his hometown of Uzynagash, Dzhumagaliev contracted syphilis and trichomoniasis, both of which would later be blamed for his heinous crimes.

For two years he suffered from his illnesses, his mind either falling victim to the side effects or finally opening up to something that had been lurking there for years. Whatever the cause, during those two years, Nikolai Dzhumagaliev planned his first and most intricate murder.

In January of 1979, he finally committed it.

He used his hunting skills, ones he had learned from hunting animals in the mountains, to stalk a young peasant woman who lived near a mountain track. He had seen her walking alone, and attacked her with a knife, pulling her into the woods and out of site.

In a police investigation two years later Dzhumagaliev would recount the event in his own words, detailing everything that happened in the woods, and how, once he got home, things got even worse.

“I cut her throat with a knife. Then I drank her blood. At this point, from the village appeared [a bus]. I lied down on the ground and crouched next to the murder. While I was lying in my cold hands. When the bus drove [away], I warmed my hands on the woman’s body and stripped her naked. I cut the corpse’s breast into strips, removed the ovaries, separated the pelvis and hips; I then folded these pieces into a backpack and carried them home. I melted the fat to fry with, and some parts I pickled. Once I put the parts through a meat grinder and made dumplings. I saved the meat for myself; I never served it to anyone else. Twice I grilled the heart and the kidneys. Grilled meat, too. But it was tough, and cook it for a long time [because it] had its own fat. The meat of this woman took me a month to eat.” 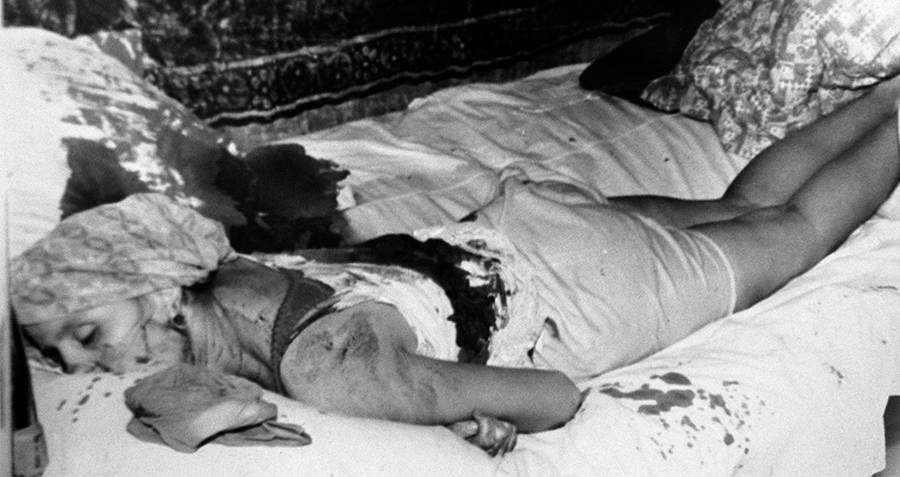 Getty ImagesCrime scene photo from one of Nikolai Dzhumagaliev’s murders.

After the murder of the local Uzynagash woman, Nikolai Dzhumagaliev had discovered his taste for human flesh. Over the next few months he killed six more women, cannibalizing each of them and storing their flesh in his fridge so he could save it for later.

His murderous streak was almost broken in August of 1979, when he was arrested for shooting a colleague of his while drunk. While detained for that crime he was diagnosed with schizophrenia, though subsequently released as the shooting had been ruled an accident.

If only the authorities had known.

Though the first murder had been gruesome, and though he’d already narrowly avoided prison time (granted, on an unrelated charge), Dzhumagaliev’s literal thirst for blood drove him to commit three more murders, the final being even worse than the first.

In December of 1981, Dzhumagaliev hosted a dinner party for friends, inviting several people over to his home. Unbeknownst to them, one among them wouldn’t make it out alive. Shortly after the guests arrived, Dzhumagaliev pulled one of them aside, into a separate room for a conversation.

Instead of a chat, however, he killed the guest. Despite the fact that several other guests were just rooms away, Dzhumagaliev began to dismember his guest right there. When the other guests came looking for him, they came upon a horrifying scene, and immediately called police. 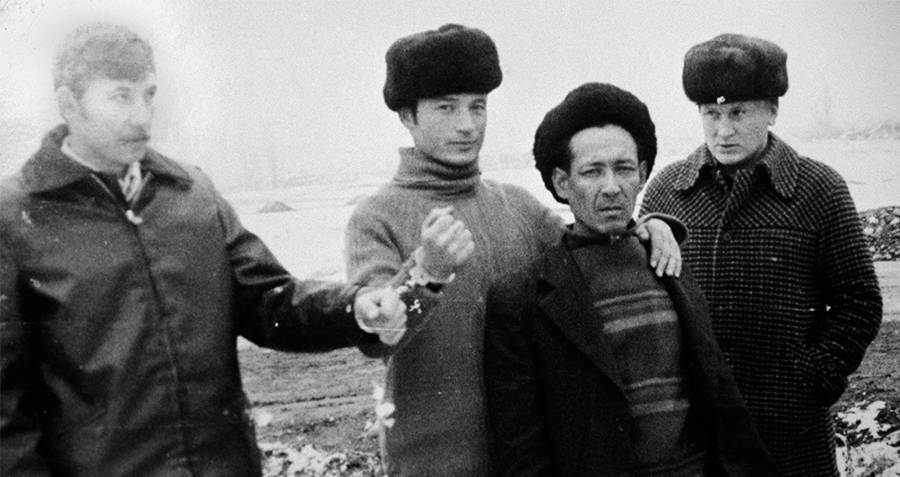 When they arrived, police found Dzhumagaliev kneeling in front of the dismembered corpse, covered in blood. He managed to evade the shocked policemen, escaping into the mountains. A 24-hour manhunt commenced, ending when he was found hiding out at his cousin’s house.

At his trial, one year later, Dzhumagaliev was charged with seven of the nine murders he was suspected to have committed, though was declared insane, and therefore not guilty, due to his previous diagnosis of schizophrenia. In lieu of a prison sentence, the courts sent him to a closed mental hospital in Tashkent, Uzbekistan.

Eight years later, in 1989, he put in a request for transfer to another facility. During his transport, however, he escaped, disappearing as if into thin air. For two years investigators searched for him, their only clue a letter sent from Dzhumagaliev, postmarked from Moscow to a friend in Bishkek. Eventually, he was found in Fergana, Uzbekistan, after hiding out in the Ural Mountains.

After his recapture in 1991, it seemed that that was the end of Nikolai Dzhumagaliev, as he was being closely monitored at his new mental facility.

However, in 2015, reports began to surface that Dzhumagaliev had once again escaped from the police and was once again on the run. Even more concerning was the fact that the hospital he was allegedly being held in never confirmed his presence. Police in Uzbekistan also wouldn’t confirm whether they were looking for him, or whether local citizens should be concerned.

Next, check out more famous cannibal killers, like Issei Sagawa, who lives free in Tokyo, or Armin Miewes, who put an ad for a victim on a cannibal website.