She told the cops she was innocent. Then they found this selfie that she took with the victim and the murder weapon just hours before the crime. 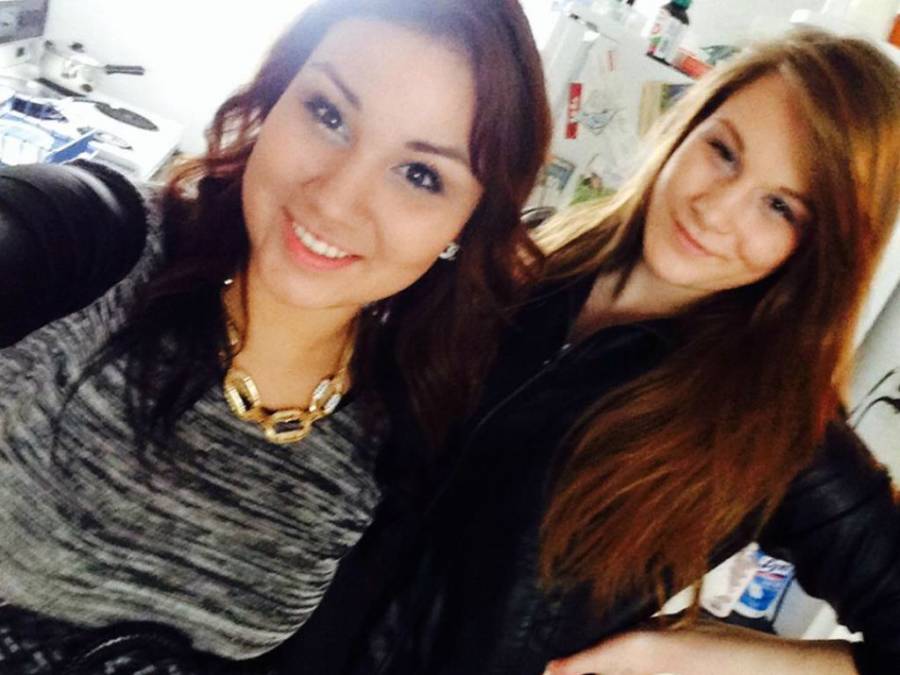 Mere hours before the murder, they were two good friends smiling together in a Facebook selfie. But soon, one would kill the other — only to be caught later on thanks largely to that very selfie.

On Jan. 15, 21-year-old Cheyenne Rose Antoine of Saskatchewan pleaded guilty to the March 2015 killing of her friend, 18-year-old Brittney Gargol, reported the Toronto Sun. Now, Antoine faces seven years in prison — a fate she may have avoided if not for that one Facebook selfie.

The photo, uploaded on March 24, showed the pair standing side-by-side with a caption reading, “Out & bout with my girl … so beautiful,” according to the Saskatoon StarPhoenix. Just hours after that photo was taken, Antoine and Gargol attended a house party and, under the influence of alcohol and marijuana, got into a heated argument, wrote the BBC.

Then, Antoine used her belt to strangle Gargol to death, ultimately leaving the body — and the belt — near a landfill on the outskirts of Saskatoon. A passerby found the body early on the morning of March 25.

That same morning, Antoine wrote “Where are you? Haven’t heard from you. Hope you made it home safe” on Gargol’s Facebook page. Nevertheless, after learning that Antoine and Gargol were together before the murder, authorities began looking into the former as a suspect.

Still, Antoine played the part of an innocent young woman, writing the following on Gargol’s Facebook page on Sept. 10: “Aweh , i miss you soo much bert! wish heaven had visiting hours so i could come see you…”

But, eventually, Facebook is what brought Antoine down. Police used Facebook photos of the two to track their movements before the murder, poking holes in Antoine’s alibi, and, most importantly, they eventually found the fateful selfie (above) in which Antoine was wearing the very belt that she’d soon use to kill Gargol.

With suspicion and pressure surely mounting, Antoine eventually confessed to a friend, who then told the police. Now, Antoine faces seven years in prison.

The judge reportedly agreed to the unusually light sentence in part because Antoine appeared to show remorse during the proceedings. “I will never forgive myself,” she said in a statement read by her lawyer. “Nothing I say or do will ever bring her back. I am very, very sorry… It shouldn’t have ever happened.”

Remorse aside, Antoine now joins several other young criminals who’ve been brought down by evidence shared on social media, including the California teen who drove drunk, killing her sister, and live-streamed the aftermath as well as the Moscow teen who shared a selfie he took with the teacher he’d just murdered in an online forum.

Next, read up on the shocking number of selfie-related deaths over the last several years.