Those who have who had out-of-body experiences say they can leave their physical form or float above their body as if they were in a state of lucid dreaming. 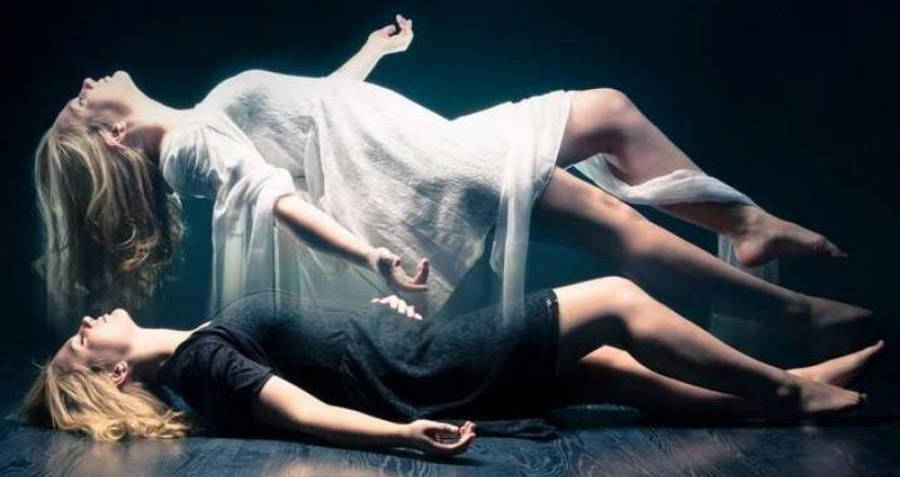 YouTubeOut-of-body experiences are said to occur due to psychological and neurological factors.

Out-of-body experiences (OBE’s) are curious, unexplained incidents during which a person feels like they are floating outside of their body, as if in a state of lucid dreaming. In some cases, OBE’s occur right before a person falls asleep or during sleep. In other cases, they occur during a near-death experience. Sometimes, they may result from an immense physical strain.

No conclusive explanation for OBE’s has yet been reached in the scientific community. However, most researchers agree that the strange experience is caused by different psychological and neurological factors.

OBE’s are not at all paranormal. Rather, they’re more like a hallucination that is most likely caused by a perturbed brain that for some reason can’t compute the different flows of sensory information. 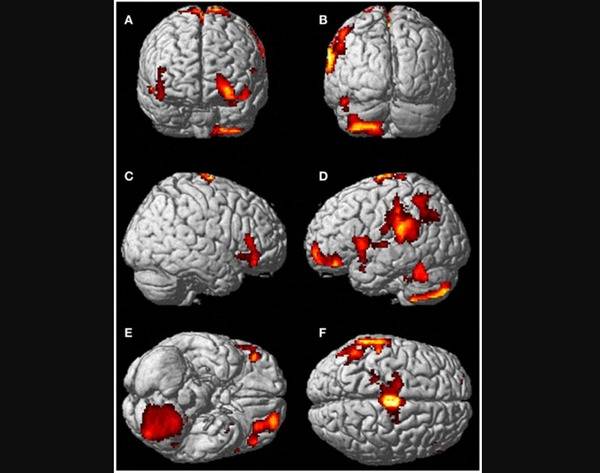 fMRI study by Andra M. Smith and Claude MessierThe significantly activated regions of the brain while the participant was having extra-corporeal experiences or out-of-body experiences.

In 2014 researchers at the University of Ottawa studied the brain activity of a 24-year-old Canadian woman and a student of psychology who claimed she could leave her body at will. The woman asserted that she had learned how to leave her physical body behind when she was bored with sleep time at preschool.

After attending a lecture on OBE’s, she was surprised to discover that not everybody could leave their bodies whenever they pleased and approached her lecturer to discuss the matter further.

The woman claimed that she usually had an OBE right before falling asleep and that in fact, leaving her body helped her fall asleep. During an OBE she would sometimes feel herself rotating above her physical body:

I feel myself moving, or, more accurately, can make myself feel as if I am moving. I know perfectly well that I am not actually moving. There is no duality of body and mind when this happens, not really. In fact, I am hyper-sensitive to my body at that point, because I am concentrating so hard on the sensation of moving.

Researcher Claude Messier and the paper’s co-author Andra M. Smith interviewed the woman and had her undergo a brain scan during her self-induced OBE. What they discovered was that during the self-induced OBE, the woman’s brain activations were confined to her left side which is unusual because when most people imagine things or scenarios, both sides of the brain are active. In addition, the woman’s visual cortex was deactivated which was also strange because it is typically activated when one imagines something happening in their head.

The researchers came to the conclusion that OBE’s need to be studied further before a more conclusive interpretation can be drawn. Obviously, the main limitation of this study was the researchers’ reliance on the participant reporting her experience truthfully.

However, it is believed that the phenomenon might be more widespread than we believe. It’s quite possible that those who possess this unique ability do not find it remarkable in any way and thus choose not to share it with others. It’s also possible that we all possess this ability as children but lose it as we grow older. 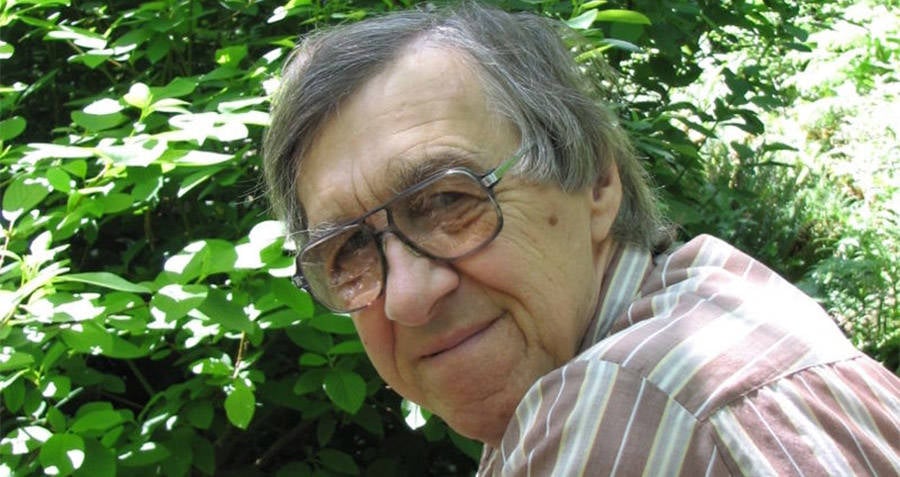 Psychologist Charles Tart, who was in charge of the out-of-body experiences research on “Miss Z.”

In 1968, Dr. Charles Tart, professor of psychology at the University of California-Davis, studied an anonymous woman, later named Miss Z, who could supposedly leave her body at will.

The study consisted of placing a random number (in this case, number five) on a shelf above the bed in which the woman slept. The woman was tasked with self-inducing an OBE, checking the number and then reporting the number to Dr. Tart and his team upon her awakening.

The number was chosen after Miss Z had gone to sleep – it was written down and brought to Dr. Tart in an opaque envelope. Dr. Tart remained in the same room as the woman to ensure that she did not get up and check the number during the study.

Dr. Tart was stunned when Miss Z woke up from her sleep and correctly stated the number on the shelf. At first, he thought that perhaps the number was reflected on some sort of reflective surface present in the room. However, the only surface reflective object in the room was a clock face.

Dr. Tart’s description of Miss Z could perhaps explain why she experienced OBE’s:

My informal observations of her over a period of several months (undoubtedly distorted by the fact that one can never describe one’s friends objectively) resulted in a picture of a person who in some ways was quite mature and insightful, and in other ways so extremely disturbed psychologically that at times, when she lost control, she could possibly be diagnosed as schizophrenic. 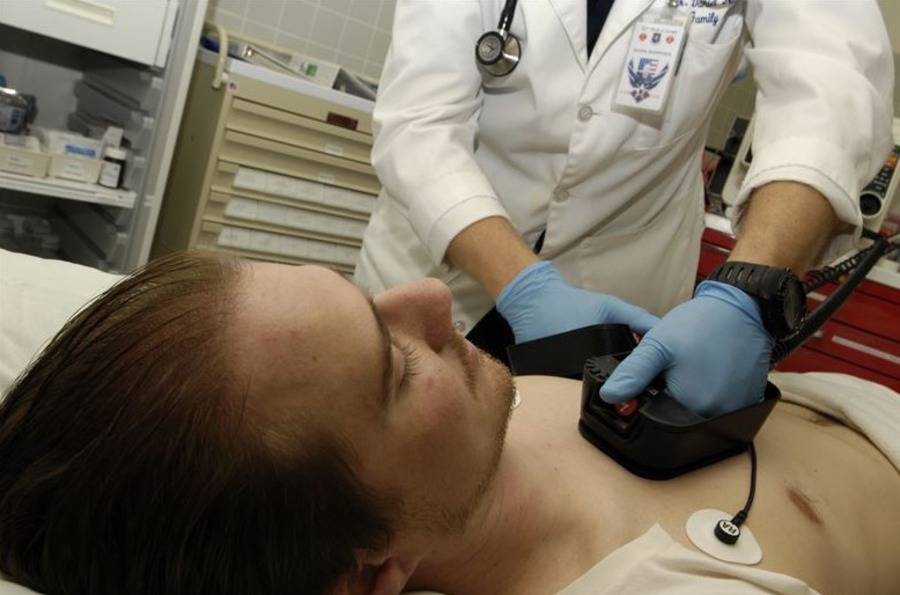 Over the years, cardiac arrest survivors have reported the ability to observe and later recall the activities that occurred during their resuscitation. As a result, in 2014 a study was carried out in 15 U.S., U.K., and Austrian hospitals in order to observe possible OBE’s among those who have undergone cardiac arrest resuscitation.

Cardiac arrest survivors who were resuscitated in the chosen hospitals were later interviewed. Two patients, in particular, experienced specific auditory or visual awareness during resuscitation. However, one of the patients was unable to continue with the study due to poor health.

The other patient, a 57-year-old man, described how he was able to observe what was happening in the room during his resuscitation from the top corner of the room. According to the man, he was looking down at the room.

Unfortunately, the man’s resuscitation took place in an area where no shelves had been placed and thus further analysis of his OBE was impossible. However, the study strongly suggested that conscious awareness could be present during cardiac arrest even if clinically this consciousness is undetectable. 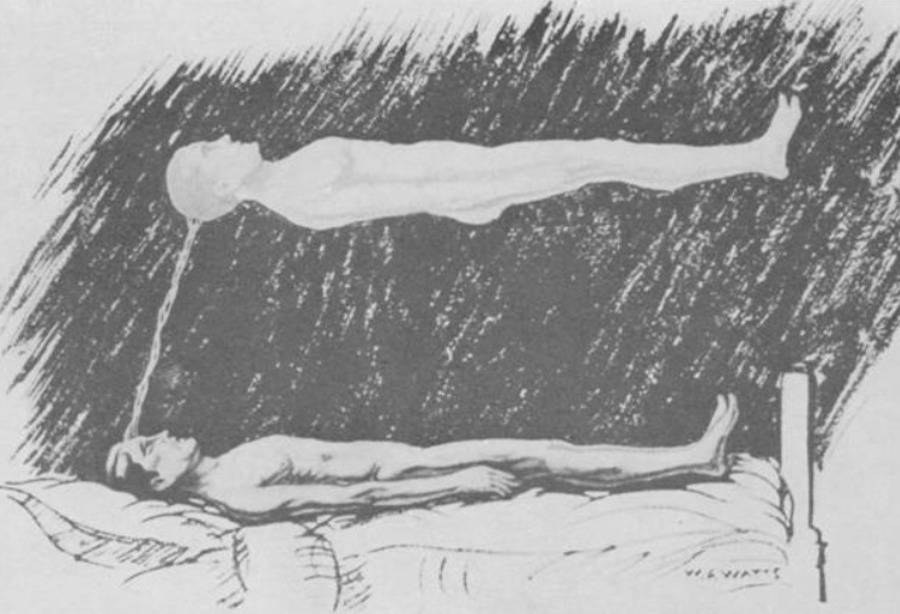 In a recent study, a neuroscientist named Christopher Lopez from Aix-Marseille Universite and a vestibular disorder doctor named Maya Elziere teamed up to study and compare 210 patients with dizziness and with 210 patients with no dizziness.

Researchers of this study believe that OBE’s could be caused by damage to people’s ears, or more specifically, the vestibular system in the inner ear that aids people in controlling balance and eye movements.

Vestibular system problems often result in dizziness and floating sensations. It’s also worth mentioning that the study found that most patients only experienced OBE’s after having experienced dizziness for the first time.

The study concluded that:

OBE in patients with dizziness may arise from a combination of perceptual incoherence evoked by the vestibular dysfunction with psychological factors (depersonalization-derealization, depression and anxiety) and neurological factors (migraine).

Enjoy this article on out-of-body experiences? Next, learn about what happens when lightning strikes a human body. Then read about the most extreme female body modification practices from around the world.