This bizarre Nile River satellite image makes it seems as though the world's longest river runs red with blood. And you'll never guess why. 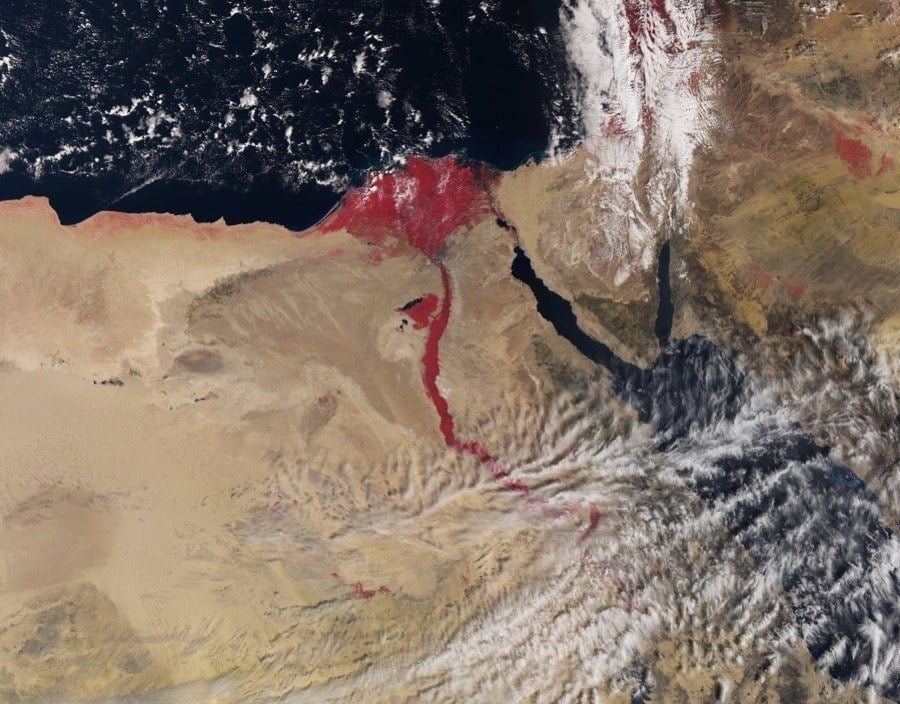 Yes, the Nile is home to a 20-foot, 1,650-pound hyper-aggressive breed of crocodile that has a “deserved reputation as a vicious man-eater,” and may kill 200 people each year. Then there’s the Nile’s 8,000-pound hippopotamuses, which are actually even more dangerous. And we haven’t even talked about the snakes yet.

All of which is to say that there are plenty of reasons the world’s longest river could run red with blood. But, don’t worry, despite what the above Nile River satellite image displays, that hasn’t happened just yet. So why does this image from the European Space Agency paint the Nile in such a chilling shade of red?

The long answer (which NASA has if you’d really to read it) is rather complicated. But the short answer is that satellites, like the new Sentinel-3A that captured this image, measure many kinds of electromagnetic radiation, beyond the narrow band that registers as visible light to the human eye.

One of those kinds of radiation is infrared, and as it turns out, the chlorophyl in plants causes them to reflect infrared energy very strongly. When that’s captured in a satellite image, it’s rendered as the visible shade of red you see above.

In other words, the reason the Nile is so red above is because of all the vegetation growing in and around it. And the more quickly plants are growing, the deeper the shade of red. Thus, it seems the flora in and along the Nile is doing just fine.

As the Sentinel-3A continues its journey around the world, it will continue to provide essential data about not only plant growth, but a whole host of global dynamics including wildfire monitoring, water levels, and more. And as for that last part, given the recent reports about rising sea levels, we should all be a little scared of what the Sentinel-3A might find.

Next, check out satellite images that will change the way you see the Earth.