The Serbian Skull Tower Of Niš In 15 Chilling Photos

Built in 1809 after a grisly defeat by the Turks, the Skull Tower originally boasted 952 skulls from the decapitated heads of Serbian rebels. 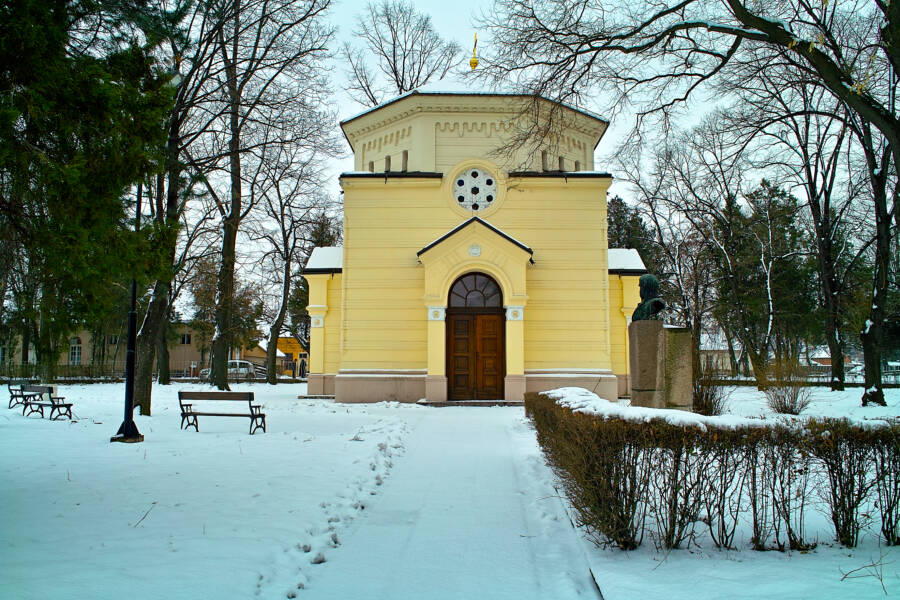 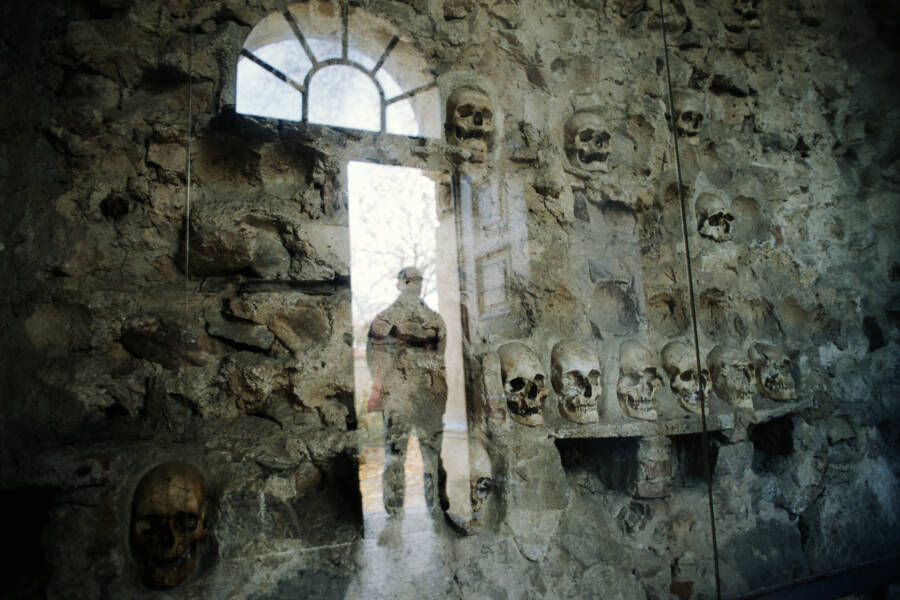 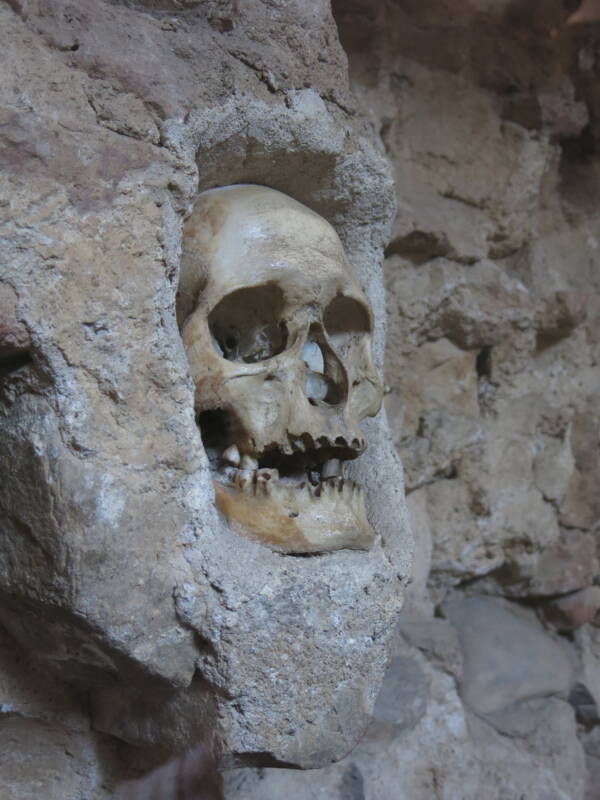 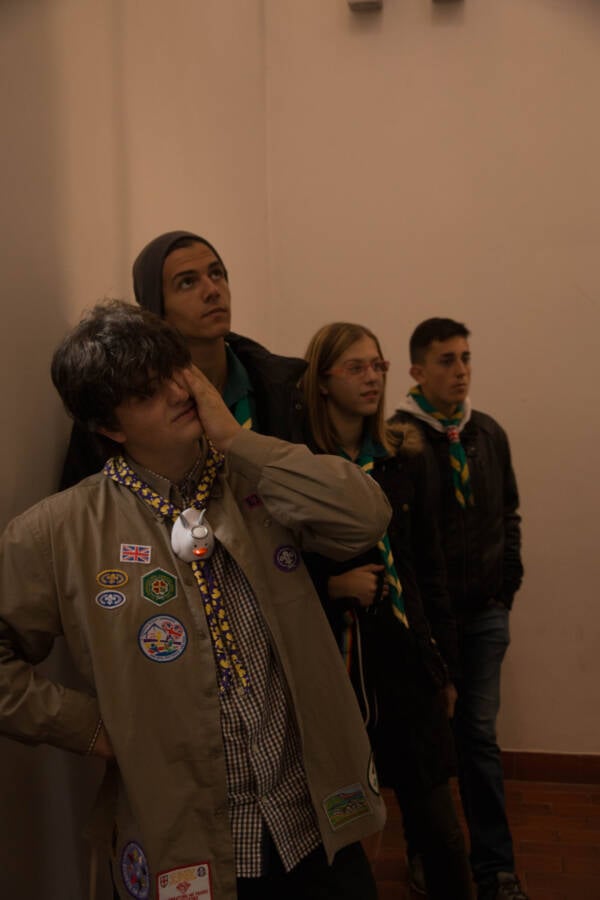 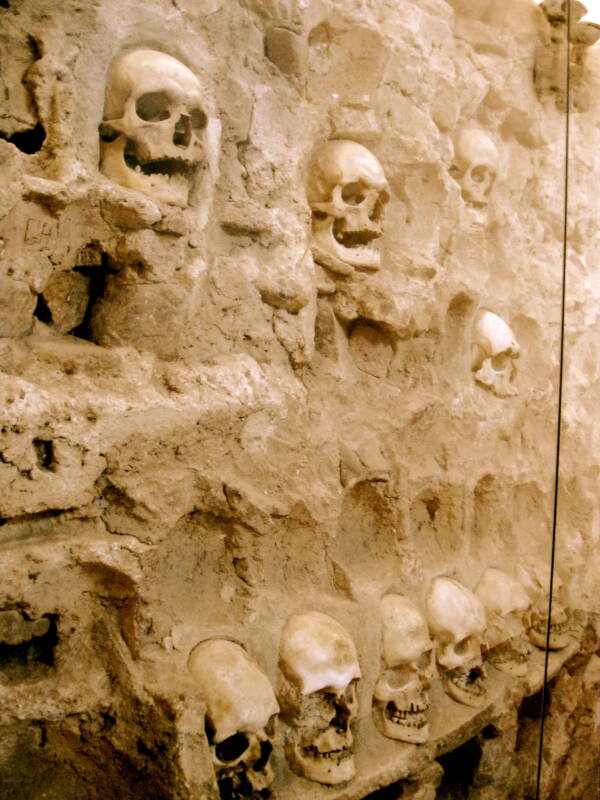 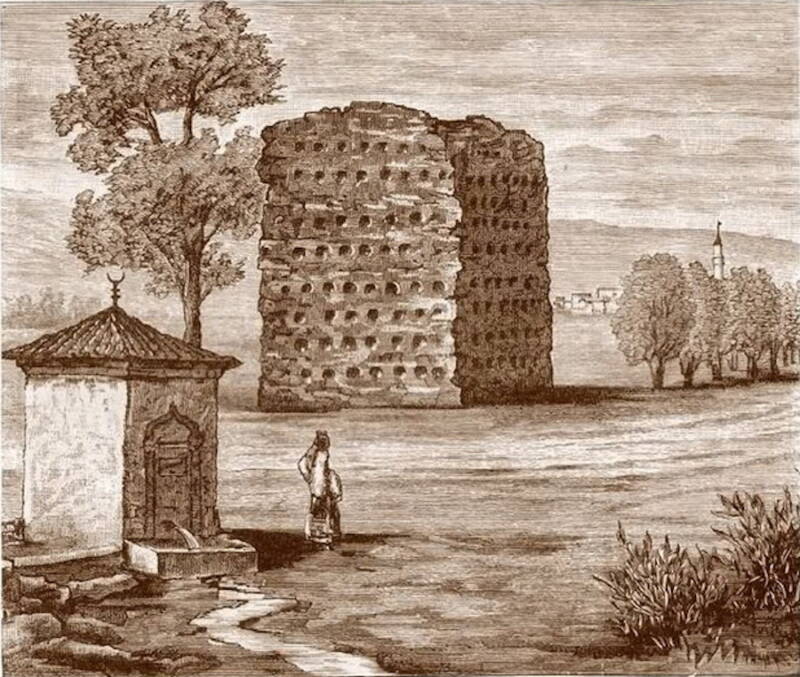 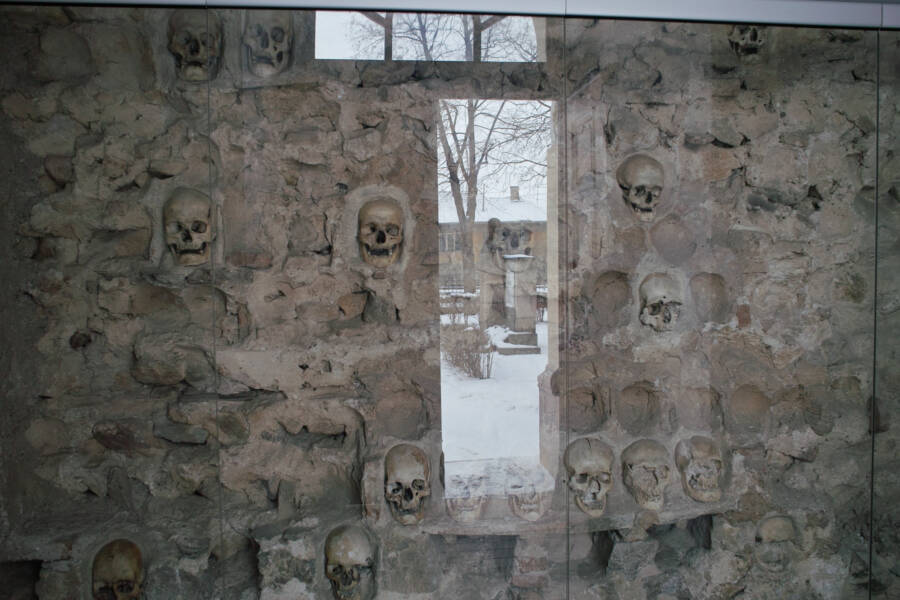 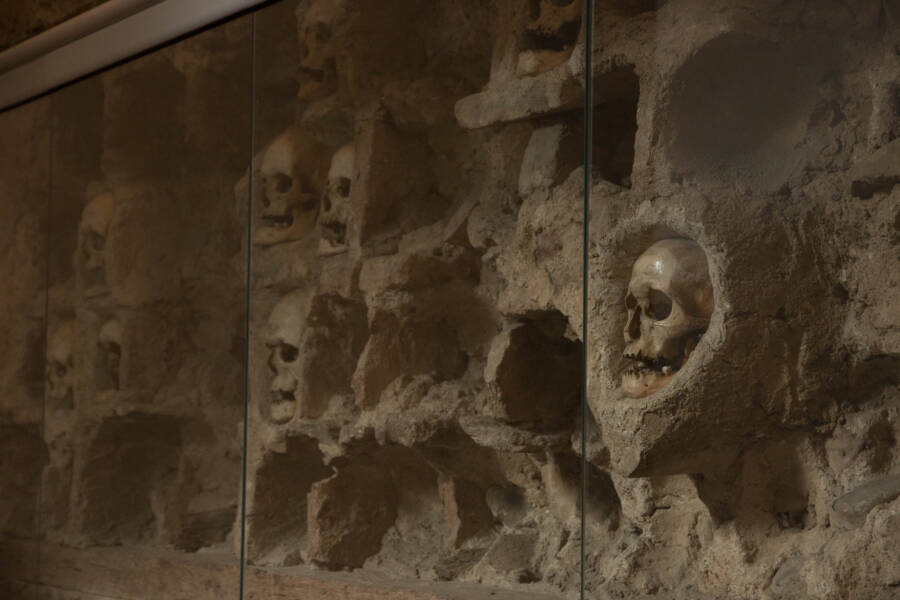 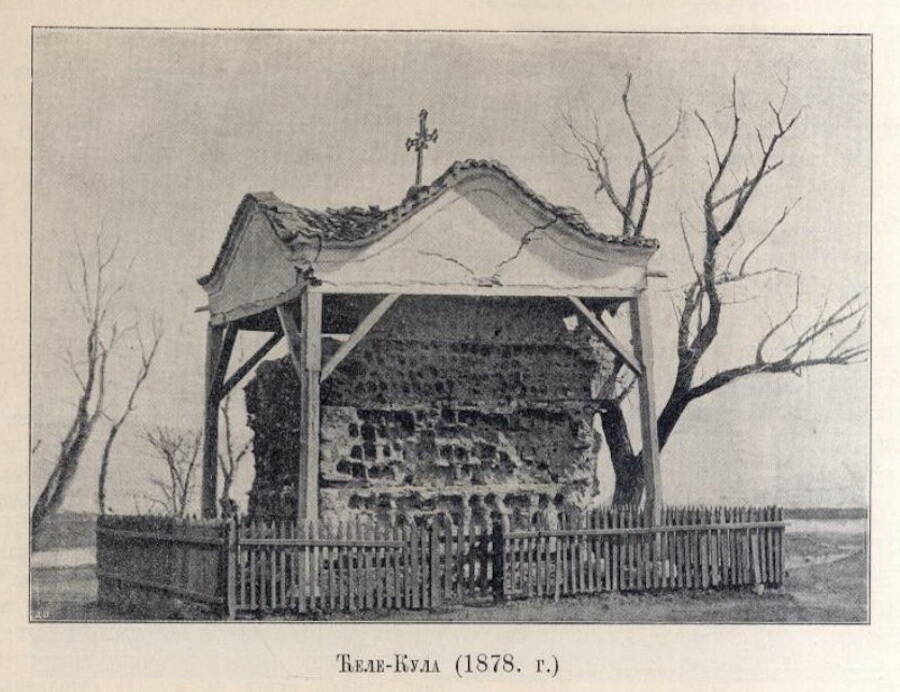 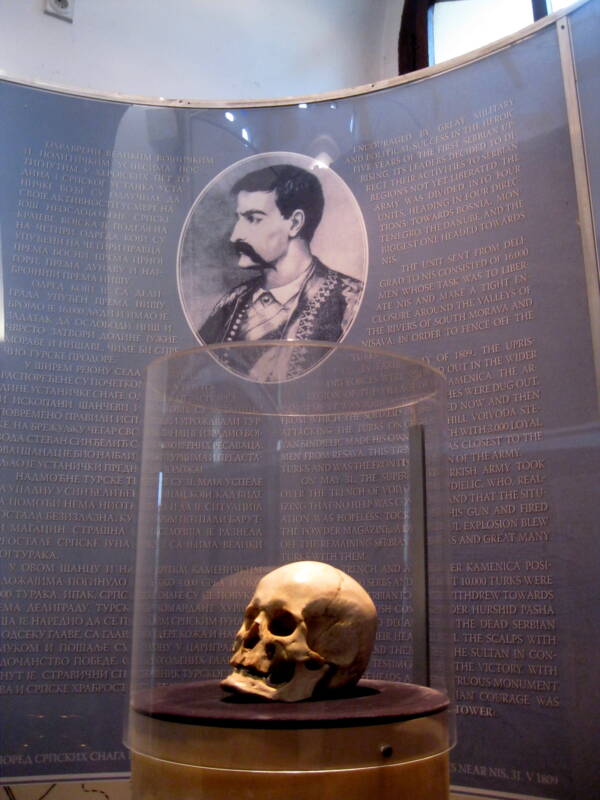 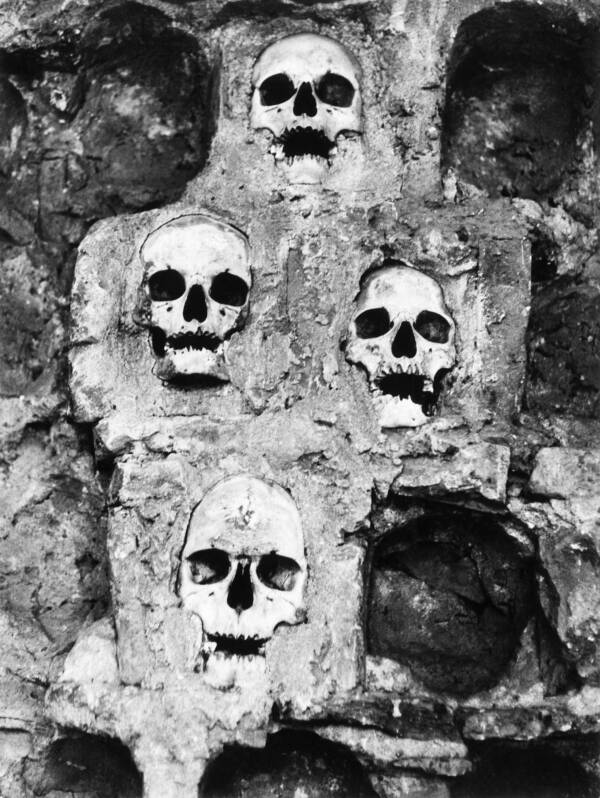 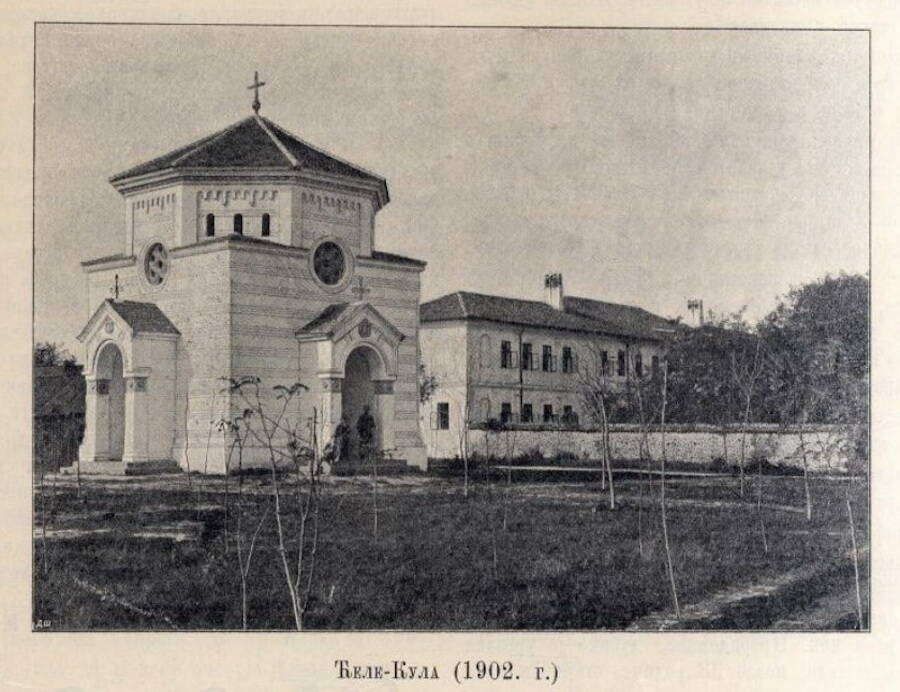 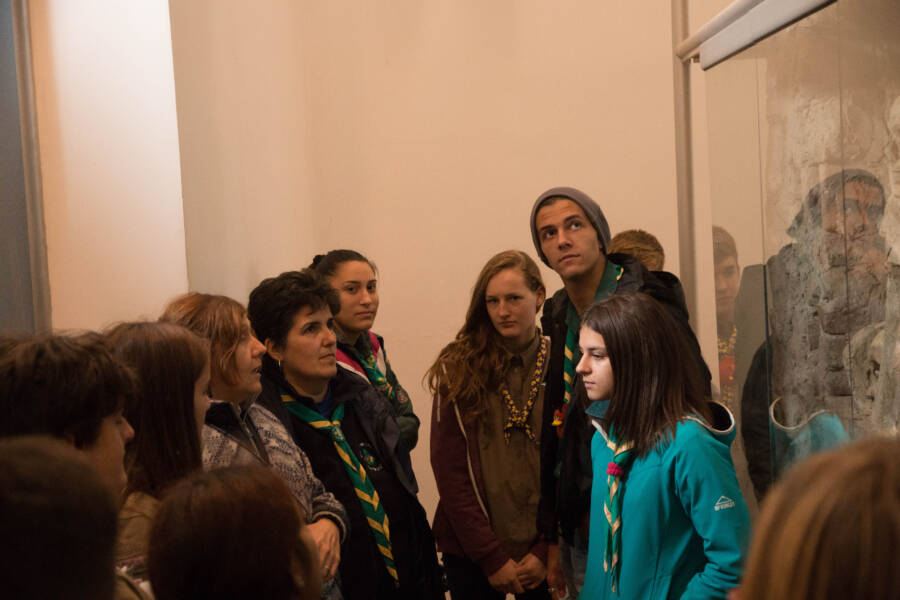 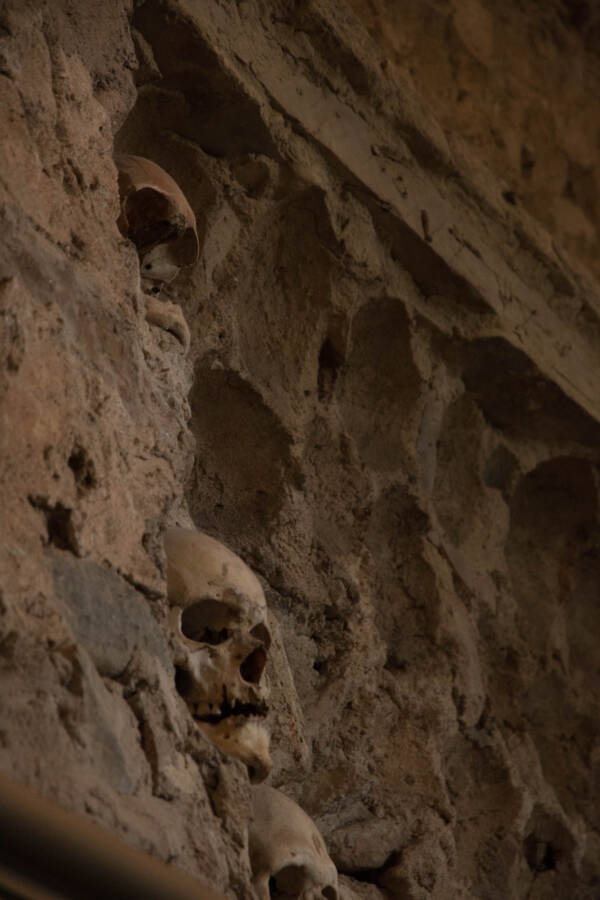 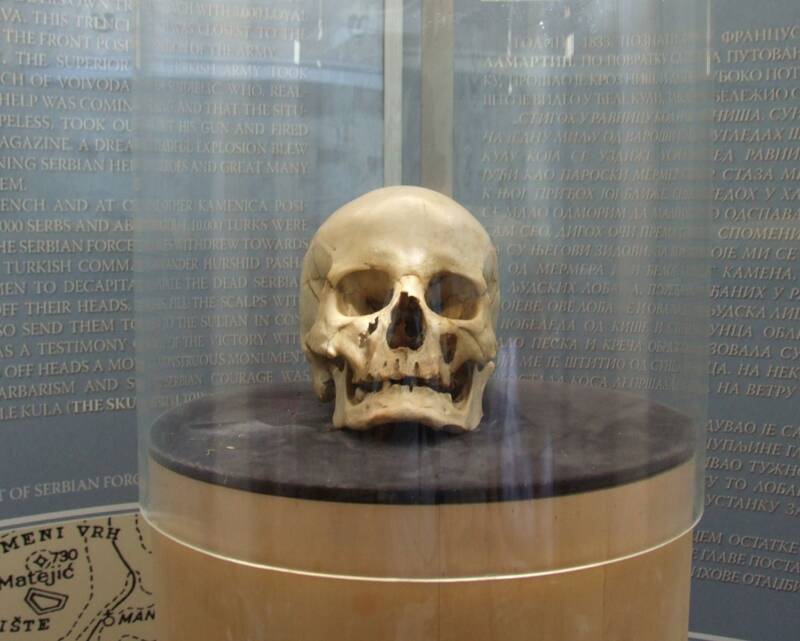 1 of 16
The Skull Tower in Niš sits within a chapel and attracts more than 30,000 visitors every year. Flickr
2 of 16
A visitor gazes upon the macabre wall of skulls from the museum's door. Christopher Pillitz/Getty Images
3 of 16
One of the 59 skulls of the original 952, embedded in stone. Flickr
4 of 16
A teary-eyed visitor experiencing the grim testament to Serbia's past.Flickr
5 of 16
French poet Alphonse de Lamartine remarked in the 1830s that some skulls still had hair on them, which would wave in the breeze.Flickr
6 of 16
An 1863 illustration of the since-modified Skull Tower by Felix Philipp Kanitz.Wikimedia Commons
7 of 16
In 1892, Serbia built a chapel around the tower to preserve the monument to the nation's bravery. Flickr
8 of 16
The glass-encased skulls remain a symbol of Serbia's perseverance, despite their grisly appearance.Flickr
9 of 16
The Skull Tower of Niš as it stood in 1878. Artist unknown.Wikimedia Commons
10 of 16
The skull of Serbian rebel commander Stevan Sindelić remains on display to this day. Flickr
11 of 16
The failed Serbian insurrection saw rebel bodies mutilated, decapitated, and stuffed full of straw. Mähler/Ullstein Bild/Getty Images
12 of 16
The Niš Skull Tower, 10 years after Serbian authorities built a chapel around it.Wikimedia Commons
13 of 16
Visitors at the tower pack the room and gaze upon the skulls.Flickr
14 of 16
Entrance fees are extremely affordable, and range between the equivalent of $1 and $2. Flickr
15 of 16
As the commander who sacrificed both himself and his men in a last-ditch effort to win the Battle of Čegar, Stevan Sindelić remains a national curiosity more than 200 years later.Wikimedia Commons
16 of 16 Since the dawn of time, architecture has been one of mankind's most revealing art forms. From the Parthenon of Ancient Greece to the Pyramids of Giza, historical structures showcase the culture of their builders. For the Skull Tower of Niš, that history is rather macabre.

The early 19th-century structure, originally comprised of 952 human skulls, was erected after Turkey vanquished its Serbian foes in 1809 as a warning to any remaining rebels.

The reason it was built, however, was just as unnerving as the end result. When the outnumbered Serbs realized their Ottoman foes had backed them into a corner, one rebel commander opted to go out swinging by blowing up a gunpowder room. The Serbian army was killed, and they took a few Turks out with them.

To teach any surviving rebels a lesson — one they'd be force to gaze upon — the Turks used their enemies' skulls as a warning sign, affixing them to the walls of a 15-foot-tall tower. Today, more than two centuries later, the Niš Skull Tower operates as a museum, one still capturing the imagination and raising the hairs of visitors from all over the world.

The History Of Niš Skull Tower: A Monument To Life And Death

The Ćele Kula, which literally translates to "Skull Tower," was built on the orders of Turkish General Hurshi Pasha. It was the Ottomans' trademark: Build a monument of the defeated foes to keep the rest in line.

The Serbian revolution, which spanned from 1804 to 1817, sparked a national awakening against the Ottoman Empire and also saw numerous brutal defeats. For the First Serbian Uprising, it was 1809 when the rebel troops were forced to confront their inevitable demise.

Outnumbered and facing 36,000 Turkish imperial guards, the Serbs tried their hardest to protect the strategically vital city of Niš — but rapidly realized it was futile.

Rather than flee or surrender, commander Stevan Sindelić decided to sacrifice himself and his own men to kill as many Turks as he could — and to keep his people from being captured and tortured by the Ottomans.

A look inside the fascinating Skull Tower of Niš.

In his last stand at Čegar Hill, Sindelić shot at a gunpowder keg in a fully-stocked gunpowder room and blew the whole thing up.

Pasha was outraged at this last act of rebellion and ordered his men to mutilate the bodies of these rebels. Their heads were cut off and the skins were peeled and filled with straw. The remains were later sent to the Imperial court in Istanbul as proof of the battle's triumph.

Meanwhile, the 952 skulls were used to build the tower, which stood 15 feet high and 13 feet wide at the city's main entrance. With 56 rows of 17 skulls each — with Sindelić's at the top — the edifice still stands as a testament to the horrors the Serbs had to go through in order to achieve independence.

Though most skulls were later removed by grieving families of the deceased, 59 skulls remain.

Though the defeat in 1809 left Serbia deeply wounded, the Serbs soon renewed their rebellion. By 1878, the Turks finally withdrew. Rather than destroy the grim monument that the Turks left behind, the Serbian government built a chapel around the tower in 1892.

To this day, Stevan Sindelić's skull remains on display, encased in glass. 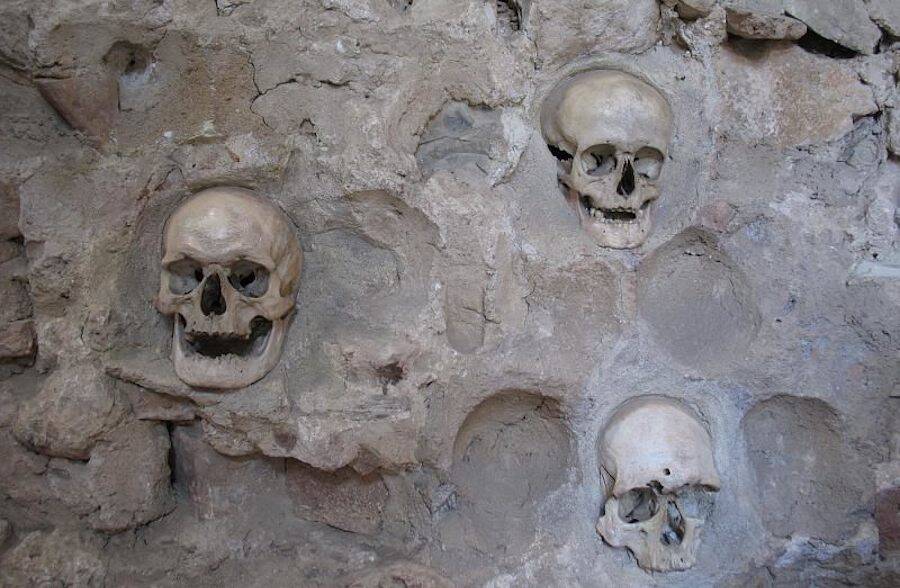 FlickrThe tower was originally comprised of 952 skulls, before grieving families retrieved the skulls of their loved ones — reducing the number to 59.

The tower draws more than 30,000 visitors every year. In the 1830s, one of those visitors was the French poet Alphonse de Lamartine, who remarked upon the structure:

"I saw a large tower rising in the midst of the plain, as white as Parian marble... I discovered that the walls...were composed of regular rows of human skulls... In some places portions of hair were still hanging and waved, like lichen or moss, with every breath of wind... May the Serbs keep this monument! It will always teach their children the value of the independence of a people, showing them the real price their fathers had to pay for it."

And keep it they did.

After learning about the incredible Skull Tower in Niš, read about Bohemia's spooky Bone Church. Then, learn about the bone-ridden Catacombs of Paris.