Nkosentsha Njimbana, 58, died on November 4 after attempting to communicate with the bees outside his home in Tamara, near Qonce in South Africa's Eastern Cape. 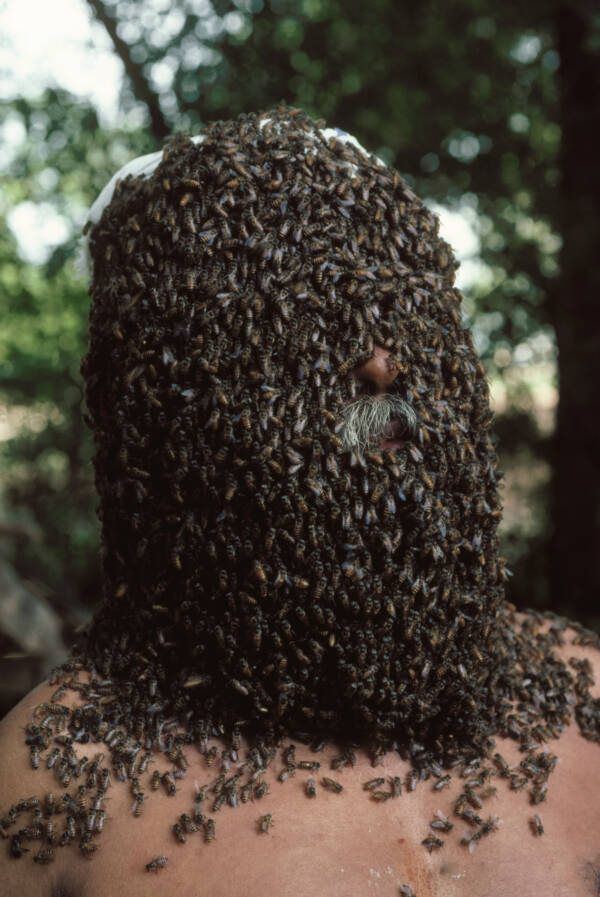 Dinodia Photo/Getty ImagesIn some African cultures, it is believed that a person’s ancestors may visit them in the form of bees.

Believing the swarm of bees outside his house were his reincarnated ancestors, a man in South Africa attempted to communicate with them last month — and the swarm tragically retaliated by stinging him to death.

According to News24, 58-year-old Nkosentsha Njimbana was talking to the bees during a traditional ceremony known as ukugxotha iinyosi (dispersing bees) at the time of the attack.

The bees had arrived a week prior, gathering at the one of the family’s rondavel huts. Njimbana’s younger brother, Mandla, said Njimbana understood that the arrival of the bees was a sign from their ancestors, who wanted to deliver a message.

It is, in fact, a belief held by many members of some African cultures: Ancestors will visit their living relatives, in the form of bees or water monitor lizards, to warn the family that they have not been performing their traditional rituals.

According to his brother, Njimbana spoke with a sangoma, a traditional healer, and returned home to tell the ancestral bees that he would take care of the traditional rituals in time. 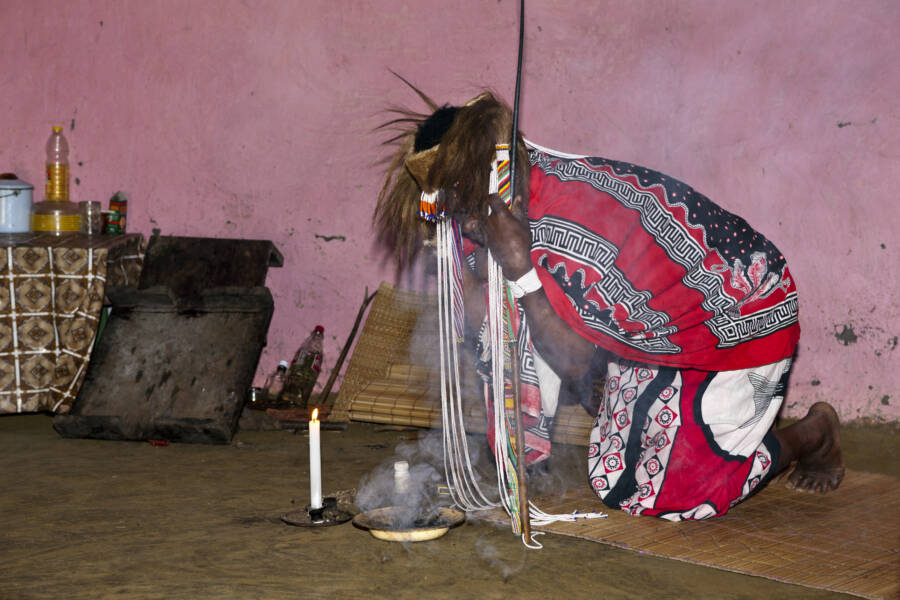 Loyiso Nqevu, a traditional spokesperson, said the subsequent attack indicated that Nkosentsha’s ancestors were displeased with his answer.

“This is the most painful thing ever to befall our family. We don’t understand why they were so angry with him, yet he had welcomed them to his home. He never tried to violently chase them away,” Mandla added.

According to Nqevu, the arrival of bees or water monitor lizards in the home is a sign that the family must seek counsel from a healer to get an understanding as to which rituals must be performed — and Njimbana’s failure to decode the message of his ancestors properly may be why the bees turned on him.

Nqevu said the proper way to greet the bees that have moved into the home of a Xhosa person (the second-largest ethnic group in South Africa, behind the Zulu) is by placing soda, a saucer of sugar, and brandy on the floor where the bees are gathered.

“This is the welcoming ceremony. If you are a Xhosa person, you don’t run away and call municipal workers to remove the bees, because bees are your visitors,” Nqevu said. “They are your ancestors. You talk to them and acknowledge their arrival with the gifts and promise to return to them in due course while you go to find out the purpose of their visit.”

Following the welcoming, the family must then make a traditional beer known as umqombothi, a process which typically takes four days. When the umqombothi is finished, the leader of the house returns with it to the bees and swears to them that the outstanding rituals will be performed — and generally asks for a few months to save money for the expensive traditional ceremonies. 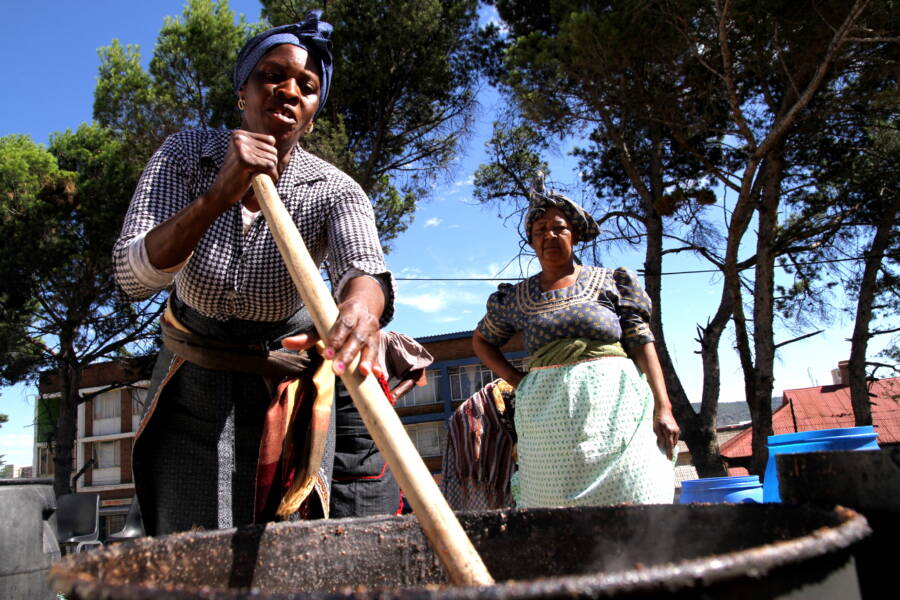 After the ceremony, Nqevu said, the bees are supposed to buzz off, but it’s possible, in this instance, the bees felt as if Njimbana was too hasty in trying to disperse them and didn’t take the necessary time to comprehend their message fully. He also said the ancestors are often angered by relatives who don’t follow through on their promises.

“It is alleged that on 4 November 2022, at approximately 17:00, a 58-year-old man was at the traditional ceremony at Luthuli homestead, Zalara Village in Tamara, to chase away a swarm of bees. A ritual was done next to the river, and the family returned home and were chased by bees,” Kinana said. “The 58-year-old male was stung by the bees to death.”

Tamara is near Qonce in the Buffalo City Metro municipality of South Africa’s Eastern Cape Province, where authorities are now urging residents to contact its marine and zoo unit or professional bee removers to remove bees from their properties.

Bee stings often contain phospholipase venom, which can lead to blood clotting — and if a person sustains numerous stings that go untreated, this can lead to breathing difficulties, tongue swelling, nausea, unconsciousness, and eventually death.

“Both animals and people get killed from too many bee stings, and bees get quite aggressive very fast when an inexperienced person uses poison or other substance to remove them,” said Siani Tinley, Buffalo City Metro’s general manager for marine and zoo amenities. “The beekeepers know how to read the bees, and how to relocate them in an environmentally friendly way.”

For more bee-related news, read the story of the Massachusetts woman who sicced a swarm of bees on police. Or, check out the story of the South African gamekeeper who was mauled to death by his own lions.