How Loki Became The Mother Of A Horse 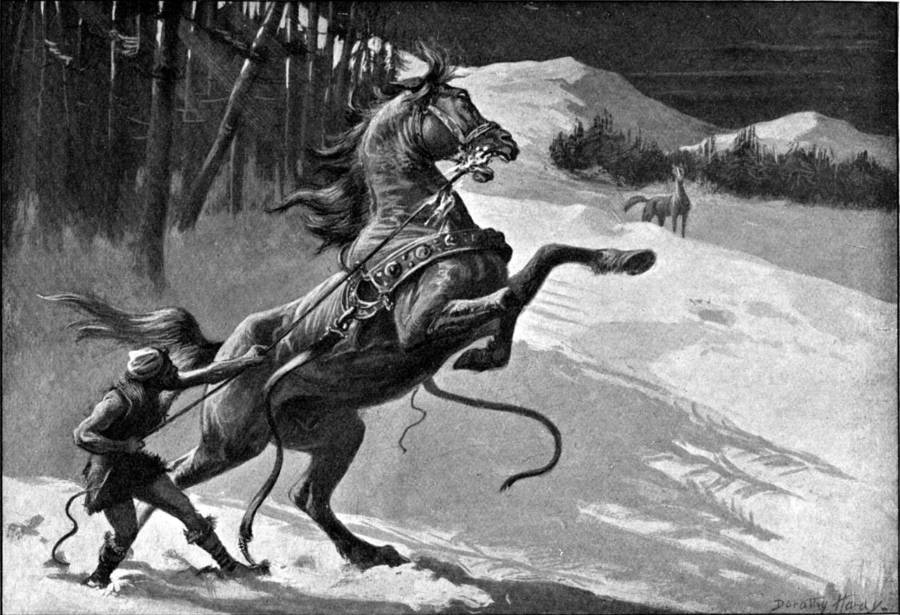 Dorothy Hardy/Wikimedia CommonsLoki, as a mare in the distance, lures over Svaðilfari.

Once the world was created, the Norse gods needed a home to call their own. They built Asgard, the mighty kingdom of the gods. Somewhere in this process, the god Loki made love to a horse — but we’ll get to that later.

Loki was the trickster god, a shapeshifter who blurred the line behind good and evil. He was the son of a giant — one of the Norse gods’ enemies — but spends most of his time helping gods like Odin and Thor.

Then again, perhaps all of the Norse gods were a little morally challenged. After all, Loki’s greatest story of heroism comes from the recollection of how the Norse gods hired a stonemason to build a wall around Asgard and tried to skip out on the bill.

The giants were understandably hostile and the gods murdered Ymir — who was essentially the mother and father to all giants — and turned him/her into a corpse planet. The Norse gods then needed a wall around their city to stay safe, but they were too cheap to pay for it. So they came up with what they deemed a clever plan: tell the stonemason he would get paid if he finished the wall before the end of winter. 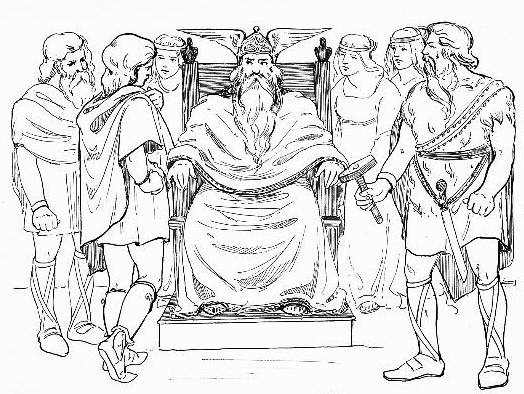 They believed this to be a clever plan because they were sure the stonemason would fail. Granted, when he failed, there would be no wall. Apparently, for the Norse gods, any winter spent screwing with a contractor was a winter well-spent.

What they didn’t know was that the stonemason had a magic horse who could build walls at extraordinary speeds. The wall would be built in time, they quickly realized, and the Norse gods would actually be forced to pay up. This, the Norse gods decided, was cheating.

Loki Takes The Blame, And A Horse Lover

They held a council and decided to blame the entire debacle on Loki. As all the Norse gods agreed, most things were his fault anyway.

As it is written in the Norse scriptures:

“All agreed that this must have been advised by him who gives the most bad counsels, namely, Loki, son of Laufey, and they threatened him with a cruel death”.

That is how Loki ended up turning himself into a beautiful mare, luring the stonemason’s magical horse away. Then – because no job is worth doing if you don’t go all the way – had sex with the horse, became pregnant, and spent the next nine months sharing a love nest together. Loki finally returned to the gods with an eight-legged horse baby in tow. 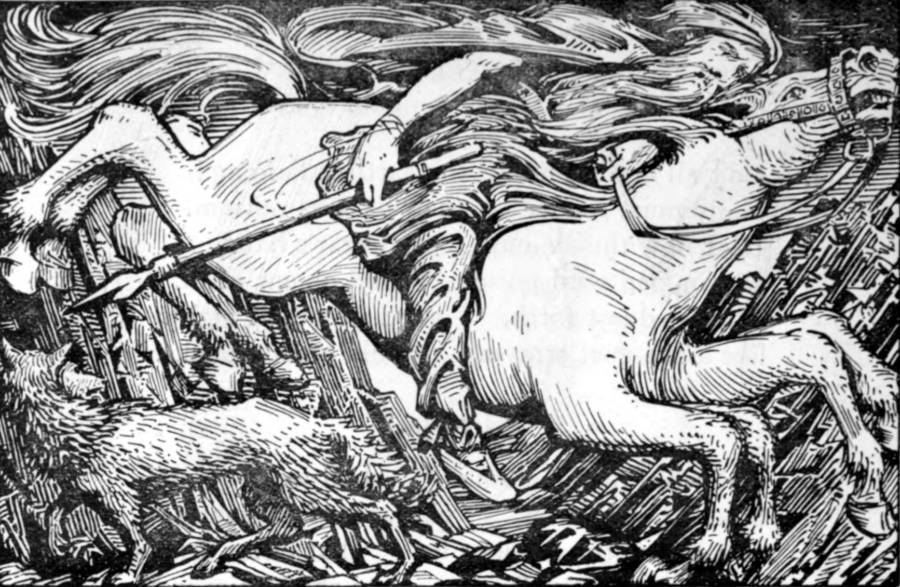 In the meantime, the other gods got tired of waiting and got Thor to smash the mason’s head in with a hammer — partly because they found out he was secretly a giant, but mostly just to make extra sure they didn’t have to pay that bill.

This was how Asgard was built, and the elders gifted every Viking child this beautiful story. A tale that teaches the valuable lesson: Murder and bestiality are perfectly acceptable if it gets you out of paying a contractor.