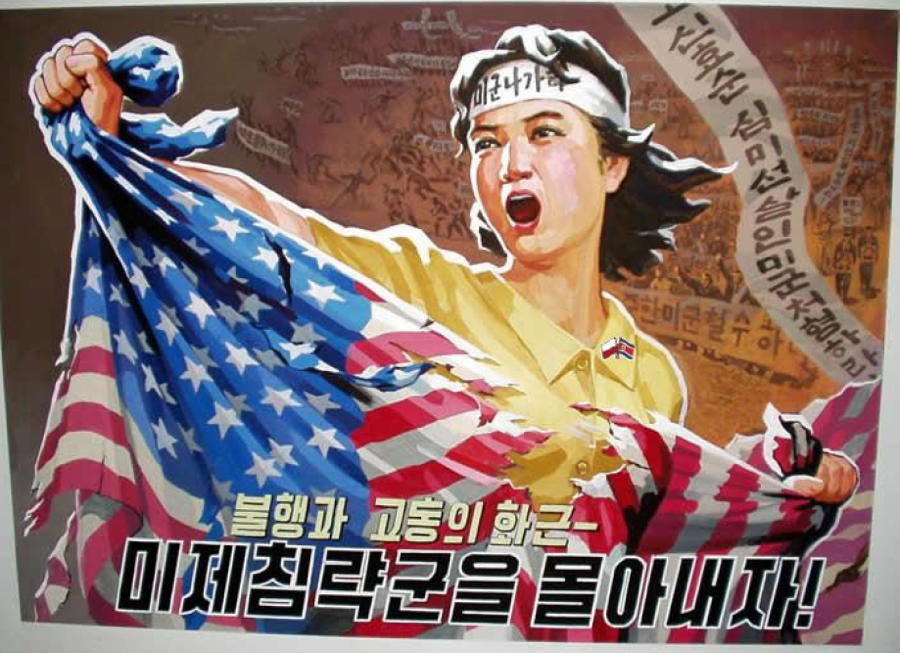 As is the case with so many abusive relationships, North Korea engenders irrational loyalty in its people with paradox. That is, the government strikes a paradoxically defensive/aggressive pose in which North Korea is portrayed as both victim (mainly of the U.S.’s nuclear weapons cache) and conqueror: “You should be proud of your country because we’re strong and we can take on the world…but you’ve got to stay with us and obey everything we say or else our strong, savage enemy will crush us.”

This contradictory attitude manifests itself in jarringly equivocal propaganda in which the visuals present an aggressive North Korea attacking a weak U.S. while the text insists that North Korea will only unleash this fury if the U.S. attacks first.

In this way, North Korea’s ostensible strength and unity–and it’s very identity–is merely a product of the ostensible threat from the U.S. As B.R. Myers said, “Without the U.S., without that enemy figure, (North Korea) really has no reason to exist.” And with little-to-no information getting in or out, with the hall of mirrors remaining closed, the people are hard-pressed to do anything other than simply follow along.

“Advertising works because it meets a psychological need, and the same can be said for propaganda… (North Koreans) have the same psychological need as you and I have, which is to give their lives some kind of significance that they feel will live on after their death…

Some of us get that, in the West, from going to church, or amassing as much wealth as possible to give to our children. And in North Korea, they get that sense of purpose from believing that they all have a special part to play in this racial mission of routing the Yankees and unifying the peninsula. And it’s an extremely appealing and unifying worldview. We shouldn’t underestimate that.”

It’s precisely this utterly human need for purpose that opens up the capacity for self-delusion. North Korea can wave away the economic collapse and ongoing famine in the foreground if they keep all eyes focused on the “final victory” out on the horizon.

Dutch photographer Alice Wielinga elucidated this discordant clash between self-perpetuated myth and actual reality with a recent series of montages. Her series layers actual photos and propaganda posters on top of each other to create new, composite images that elegantly reveal the difference between how North Korea presents itself and how it actually looks: 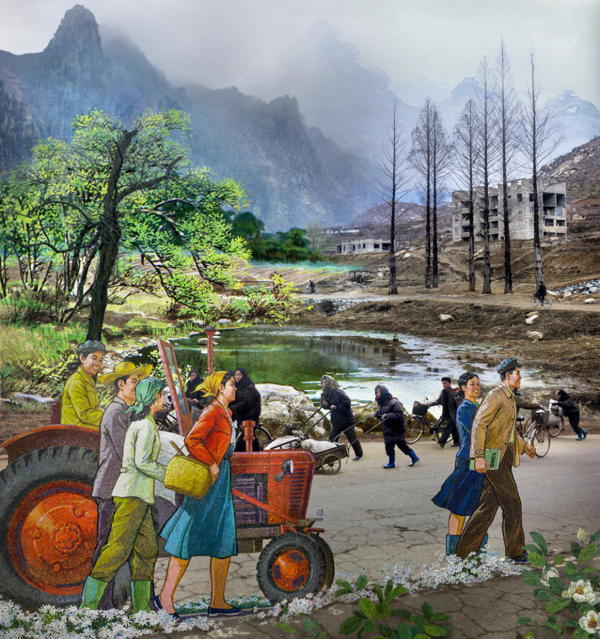 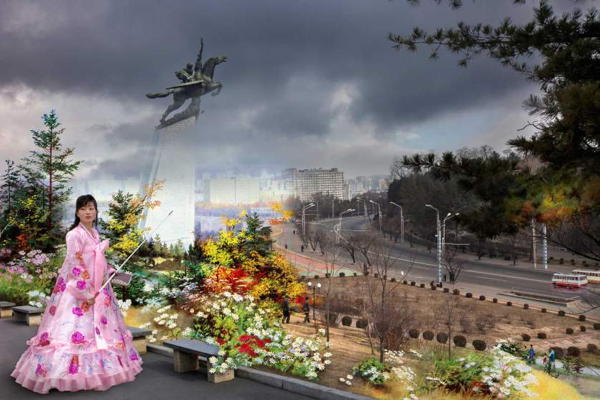 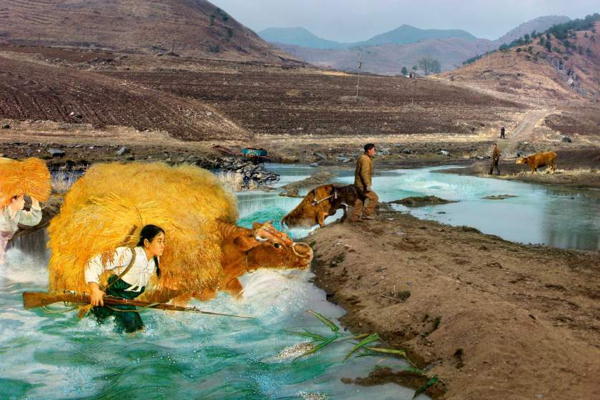 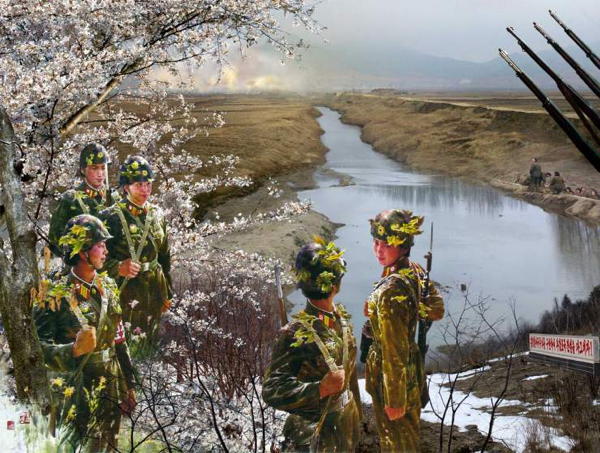 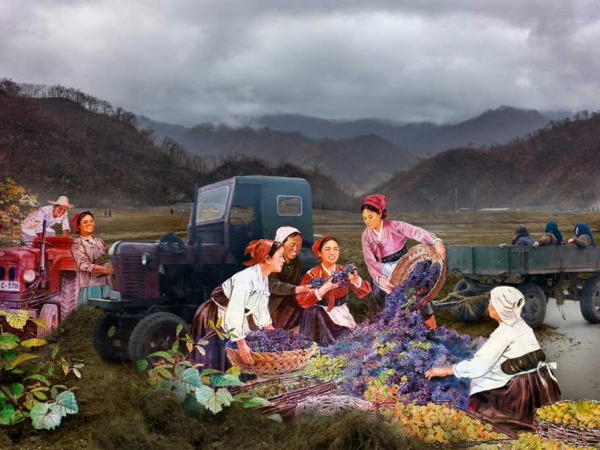 As Wielinga reveals, when the vivid pageantry of North Korean propaganda falls away, what's left is a land that is stripped, drab, barren, and gray. A land whose desolation actually does nearly match the claims they made about the U.S. in that short film whose parody later went viral two years ago.

Now, with historic levels of famine and drought staring you in the face, wouldn't you project your problems onto an outside enemy? If you lived in a hall of mirrors and didn't like what you saw, wouldn't you plaster those mirrors over with posters?

For more on North Korea, survey these rare photos of life inside its borders and discover the (literally) unbelievable accomplishments of former leader Kim Jong-il.