“Euthanasia will be explored if we feel he is suffering too much and won’t recover.” 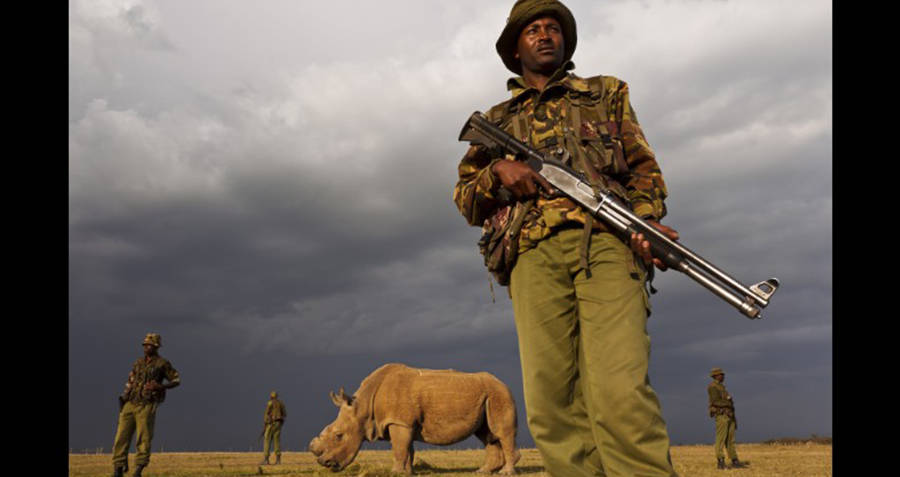 CNNSudan under armed guard at the Ol Pejeta Conservancy.

The male, named Sudan, is 45 years old, which is considered elderly for a rhino. For the past year, he has been suffering from multiple infections, from an age-related spot on his leg. Until recently, he was responding well to treatment, provided by the veterinarians at the Ol Pejeta Conservancy in Kenya, but when a secondary infection developed below the original one, his health began to decline.

Now, veterinarians are exploring extreme measures in the chance that his condition doesn’t turn around.

“Euthanasia will be explored if we feel he is suffering too much and won’t recover,” Ol Pejeta spokesperson Elodie A. Sampere said. “We do not want him to suffer unnecessarily. Right now he is still feeding and walking around … albeit very little.”

Sudan first came to international attention last year when the dating app Tinder voted him the worlds “most eligible bachelor,” as part of a campaign to raise money for conservation efforts.

The term may have been a play for publicity, but the truth is that Sudan is not just the most eligible rhino bachelor but the only rhino bachelor. As the last living male northern white rhino, the continuation of the species rests entirely on his shoulders.

For the past few years, scientists and veterinarians have been hopeful that he will conceive with one of the other two rhinos, but so far there’s been no progress. If his condition should worsen, vets could consider in vitro fertilization, though no efforts have been made thus far.

Sudan’s existence was so important to conservation efforts that even before he got sick, he was watched round the clock by a team of armed guards. If he should have to be euthanized, the future of the species would be in jeopardy.

The incredibly small number of northern white rhinos and rhinos, in general, is for the most part due to poaching. In the last ten years, one entire rhino species was declared extinct, and the five remaining species were declared threatened.

According to poaching and conservation experts, the main draw of the rhinos is their horns. In some black markets, they can be more valuable than drugs.

Next, read about how giraffes may be at risk for extinction next, Then, check out the poacher that was eaten by a pack of lions.