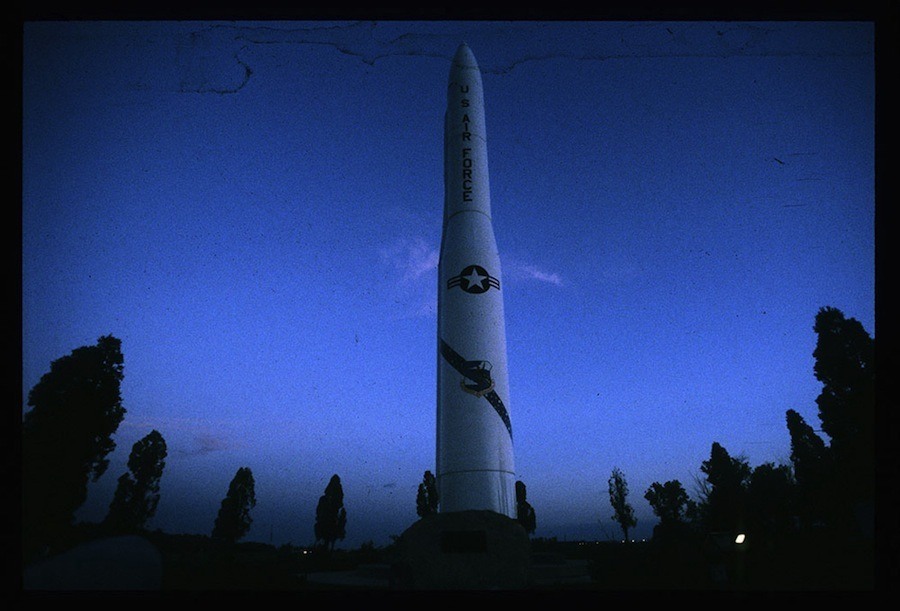 During the Cold War, Minutemen III missiles like this one were armed with nuclear warheads and on-the-ready to retaliate in the event of a Soviet first strike. Source: ndstudies.gov

In the late 1970s and early 1980s, several glitches during “War Game” scenarios nearly resulted in the beginning of nuclear war between the Cold War rivals. In November 1979, for example, U.S. war game software sent false radar data to four American nuclear command centers showing an all-out Soviet barrage. Within minutes, U.S. planes were in the air, some to defend the country, others en route to Russia for retaliatory bombings. But it was all a false alarm, caused by a software malfunction, and luckily other radar sites were looking at reality.

A similar incident occurred in 1980 when the Pentagon woke up Zbigniew Brzezinski, President Jimmy Carter’s national security advisor, in the middle of the night to tell him that Soviet submarines had fired 2,000 missiles at the United States.

They got this number from missile alert screens at defense command centers that usually read, “0000”. But suddenly and inexplicably, these same screens started showing the numbers “0200”, then “2000”. Analysts quickly realized it was a false alarm, but not before the U.S. military pushed planes out onto runways and took out the checklists for nuclear launches. The same glitch occurred again three days later.

In January 1995, Russian early-warning stations confused the launch of a Norwegian science rocket called Black Brant XII with a submarine-fired U.S. nuclear weapon. The Norwegians were, in fact, using an old U.S. military rocket to launch their study of the aurora borealis, but they had sent a letter out a year prior informing all relevant governments, including Russia, of the planned launch.

Somehow, though, the Russian military was not aware of their plans, and the rocket’s ascendance triggered the entire defense network. Russian officials rushed a briefcase with nuclear launch codes to Russian President Boris Yeltsin. Yeltsin got on the phone with a general, who also had a briefcase with launch codes, and they talked through the situation together as the Russian military tracked the arch of the rocket, eventually deciding that their country was not actually under attack.

As this scare shows, even after the Cold War has ended, the world remains at risk of nuclear disasters. India and Pakistan each possess an atomic arsenal.

Though Iran’s nuclear aspirations have been stalled for the moment, North Korea is expanding its capabilities, and recently tested a new nuclear bomb. The United States and Russia still store vast numbers of bombs capable of massive destruction.

Glitches, human error, and political crises could again hasten the use of these dreadful weapons. As authors from Chatham House, a British think tank, concluded in a recent report, “there is cause for concern over the inadvertent use of nuclear weapons. Given the extreme consequences, whatever the probability, this is no small risk.”