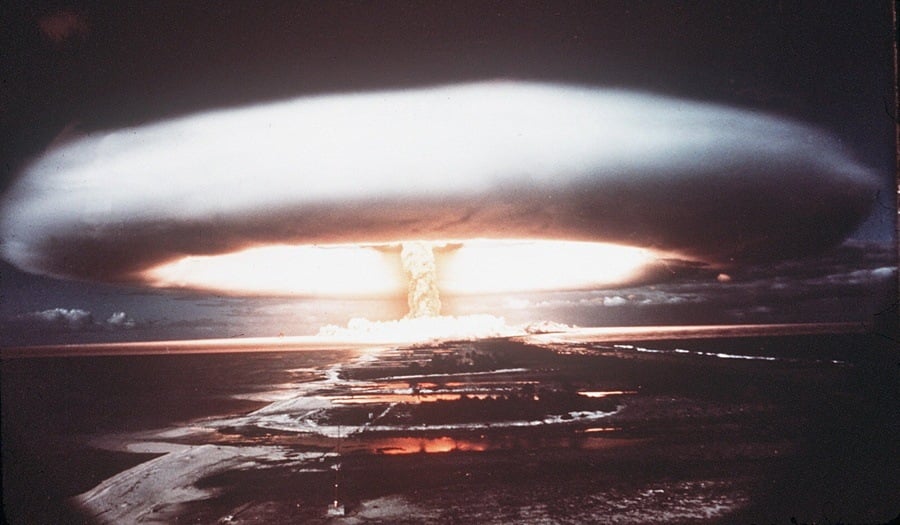 The French conducted nuclear weapons tests on these two atolls in French Polynesia from 1966 to 1996, despite protests from the Polynesian Territorial Assembly. The first bomb tested sucked all the water out of the atoll’s lagoon and “rained dead fish” down on the atoll, according to Greenpeace, spreading contamination as far as Peru and New Zealand.

It was New Zealand that sent two frigates to Mururoa to protest the tests. In 1974, facing international pressure, France abandoned aboveground nuclear testing in then-French Polynesia. 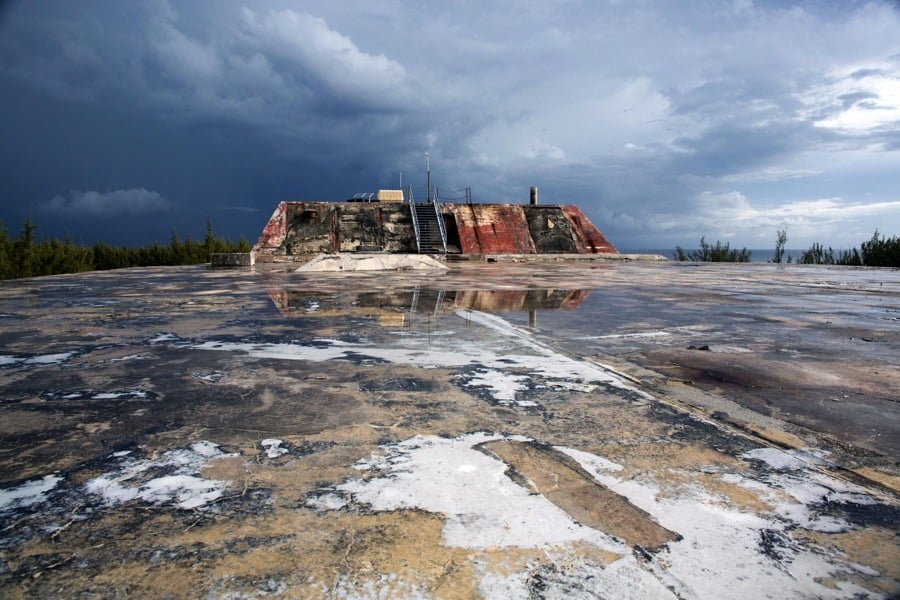 France did, however, continue to conduct underground tests by drilling shafts into the volcanic rock underneath the atolls. These tests sparked even more controversy upon the discovery of cracks in the atolls, prompting fears that nuclear contamination trapped under the atolls would escape and affect the Pacific Ocean.

Above ground, the testing came with a series of physical consequences. The island of Mururoa sank a meter and half into the ocean as a result of the testing, and in one incident a nuclear weapon got stuck in a shaft and exploded too close to the surface, breaking off a chunk of the atoll and inciting a tsunami that injured the site’s workers.

Despite incidents like these, the nuclear testing carried on. Just a year before the Comprehensive Test Ban Treaty was supposed to be signed, French President Jacques Chirac signed off on a new series of nuclear tests. But with the treaty then going into effect, those tests were the last, and the final detonation took place on January, 27 1996, after which the atoll’s testing sites were dismantled and abandoned.

Next, read about five times the world was on the brink of nuclear annihilation. Then, find out about North Korea’s recent hydrogen bomb test.