Odd Collections And Their Even More Eccentric Owners 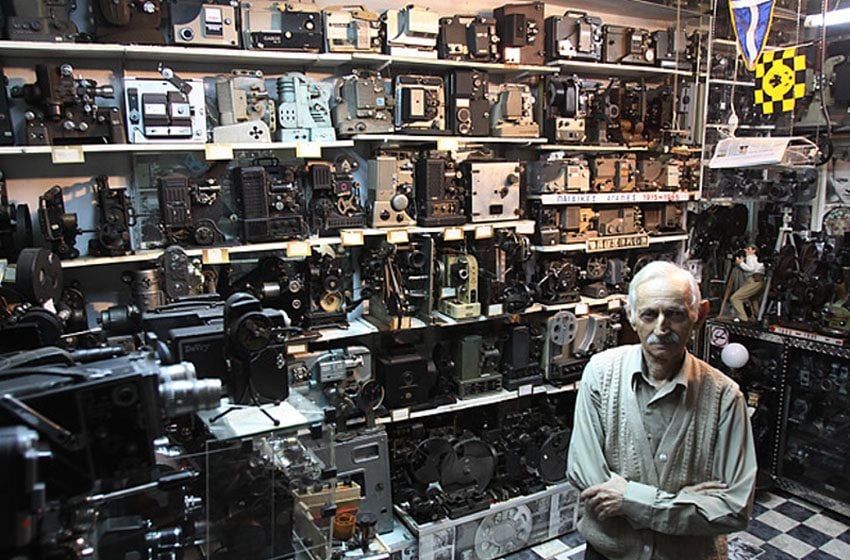 It’s fair to say that at some point in our lives, we’ve all had a collection that, if others saw it, might make them question our sanity. For you, it might be old magazines, cigarette lighters or even, say, antique seat cushions. But for a handful of people, a collection is not complete until they possess those items–however obscure–in their entirety. Welcome to some of the weirdest collections in the world. 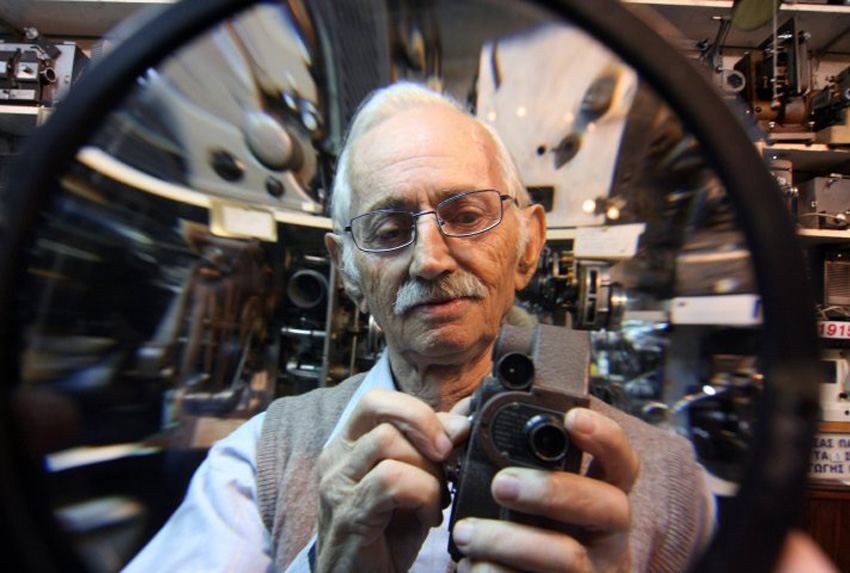 Making it into the Guinness Book of Records for the eighth time in 2008 for his collection of old movie cameras, Dimitris Pistiolas’ from Athens, Greece, started collecting these vintage cinematic devices at the tender age of 15. Now a 78-year-old retired postman, his impressive collection is made up of almost one thousand different models and projectors from around the world.

The film fanatic has always had a love for cameras, so much so that Dimitris says he sacrificed his home life to fulfill his life long craze. With a haul that dates back to the 1960’s, when asked about how he found so many, he waxed like one would about finding The One: “You must search for them, chase them for many years to find them.” 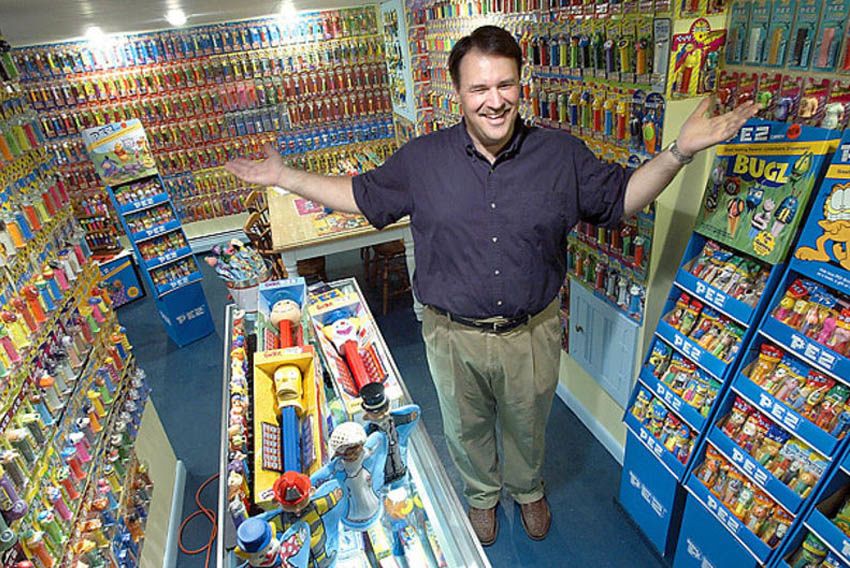 According to this next collector, it is Pez–not peace–that makes the world a happier place. If that’s true, then Ron Hood is living on a candied cloud nine. Ron claims that his 3,000 strong collection of Pez dispensers and memorabilia is fairly small in collector circles but that doesn’t stop him from showing them off. 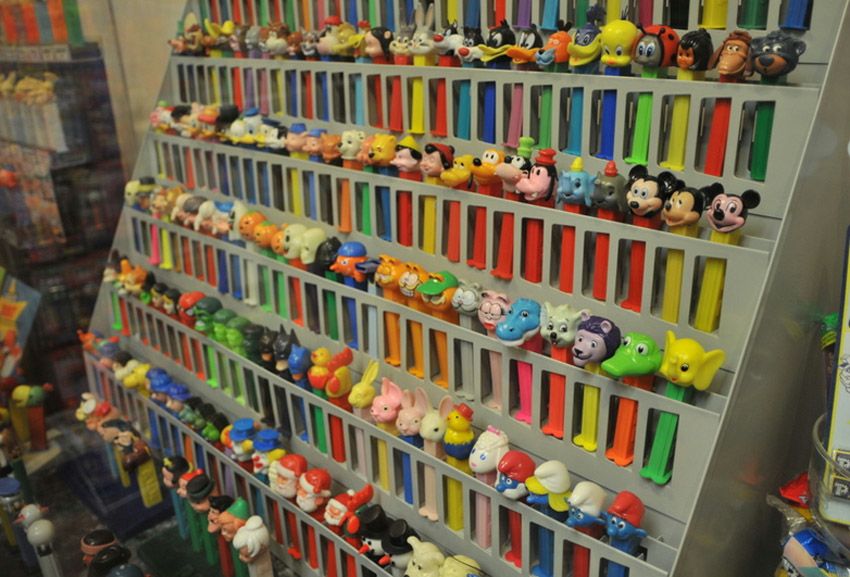 Working as a mentor for Big Brothers and Big Sisters, Ron gives away Pez as his business card. He’s collected the sugary sweets ever since he was a boy and takes his collection very seriously. A member of many Pez groups, including ‘Pezhead Chat’, a secret society for serious collectors, he’s even turned the basement of his house in Maine into a museum. 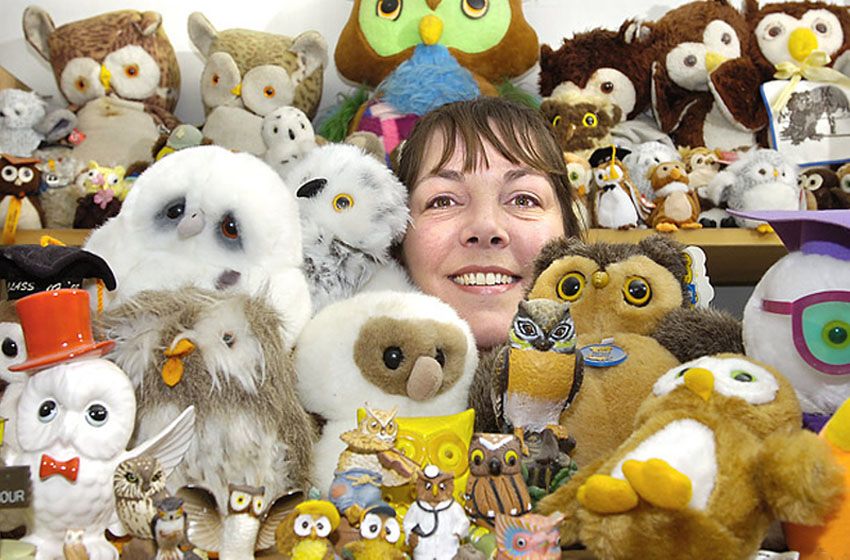 With yet another eccentric collector from Maine, Pam Barker is the proud holder of a Guinness World Record certificate for the largest collection of owls. Stuffed toys, owls on towels, figurines, ceramics, you name it, Pam’s got an owl to match. Perhaps the most bizarre aspect of Barker’s habit is that, well, she never even liked owls that much to begin with. 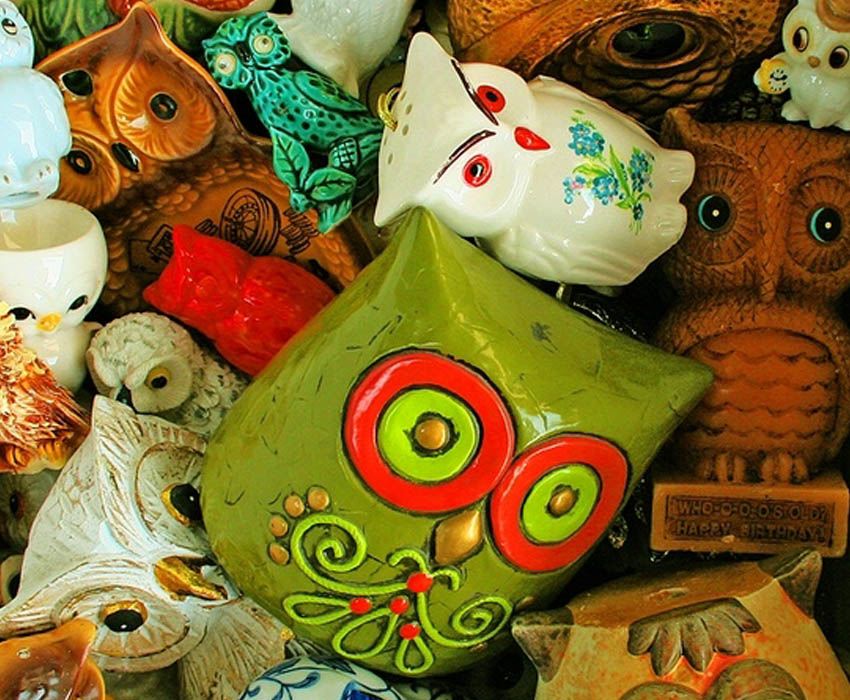 Meet 50-year-old Dianne Turner, the real owl maven. When she passed away, Turner left her impressive collection of more than 18,000 owls scattered around her house in nearby Wilton. It was then that Pam, equipped with an obituary section and a cool $7,000, decided to kickstart her own owl collection.

When Pam bought the collection from Turner’s estate, one room was so jam-packed with Pam’s new-found fluffy friends that guests couldn’t tell it was a bathroom. Taking Pam 13 days to pack everything up, she is now the world record holder and keeps the lot in her husband’s store, adding to the collection every now and again. Does he mind? Well, Pam said, “my husband would like his store back”. Shopping there must be a hoot. 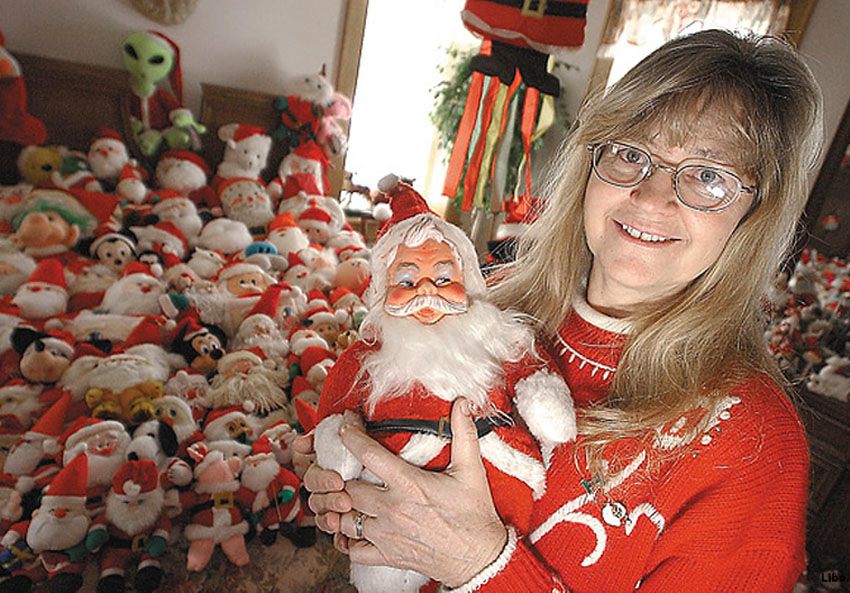 Christmas is the most wonderful time of the year for many people, but New Yorker Sharon Badgley takes the Christmas spirit to new, nauseating extremes. Not only does she make a list, but she has to check it twice on her computer inventory to make sure none of her prized Santas are missing. Her collection of 6,000 Santa-related items takes an astounding three weeks to set up and includes everything from a Santa toilet to antique ceramics and even a Santa Chucky doll. 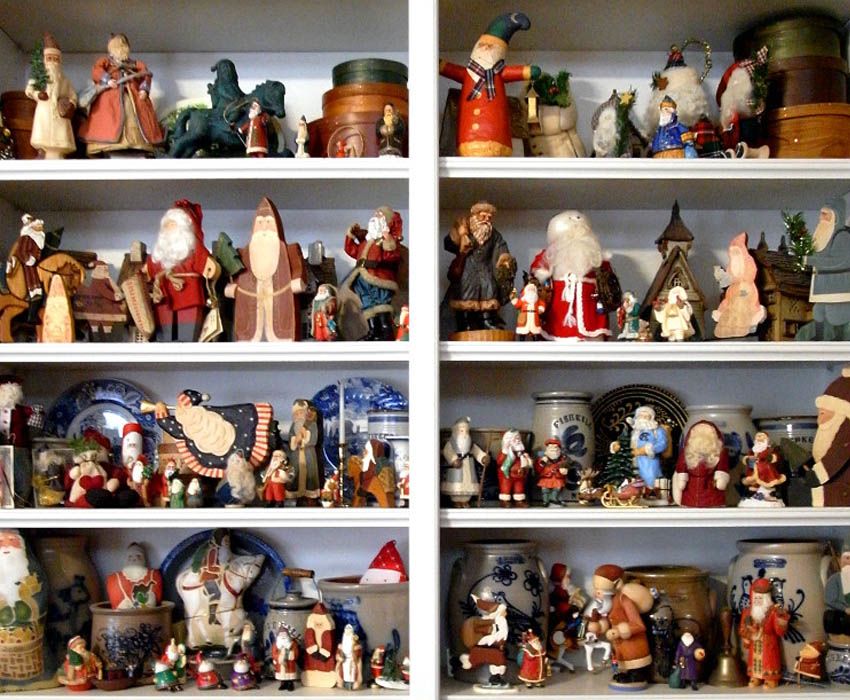 An accumulation that has been growing steadily for the past 20 years, it’s no wonder that Sharon admits she’s a “little obsessive”. Sharon’s Santa smorgasbord wasn’t necessarily planned, either; it was a Christmas-season impulse that simply hasn’t stopped yet. And the centerpiece of it all? A 16-foot Christmas tree laden with santa decorations. Now known affectionately as the Ho Ho House, Sharon’s home has become a popular stop in her town’s holiday home tour.