The ship was carrying marble for gravestones and other items when it sank in the 13th century likely during the reign of Henry III. 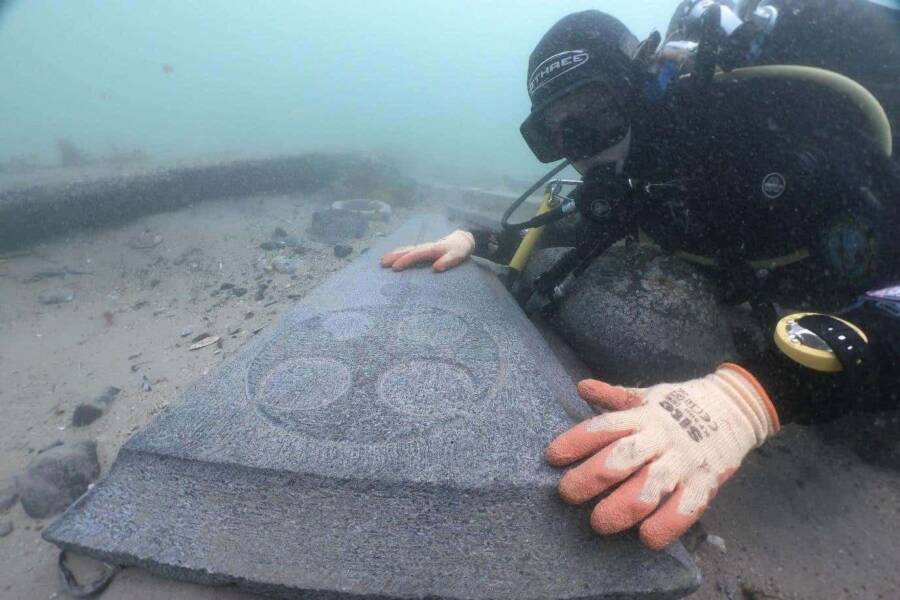 Bournemouth University/Historic EnglandA diver inspects one of the Purbeck marble gravestones discovered amid the wreck.

Seven-hundred-and-fifty years ago, a ship sank in Poole bay in Dorset, England. Now, the so-called “Mortar Shipwreck” has been declared England’s oldest, and given government protection.

According to the BBC, the wreck was first discovered in 2020 by a diver named Trevor Small, of Rocket Charters diving group.

“I discovered what I believed to be an undetected wreck site,” Small said, according to the Daily Mail. “Recent storms had revealed something unknown on the seabed. I was granted permission to dive the wreck.”

Small reported his find to Bournemouth University archaeologists, who investigated the site. To their delight, they found that the wreck was in remarkably good condition — and still filled with its ancient cargo.

According to The Guardian, their excavation revealed “exceptionally preserved” timber, as well as unworked Purbeck marble. The Daily Mail also reports that the wreck was dubbed the Mortar Shipwreck because it contained “mortar bowls used for grinding grain into flour.”

“This is a really, really important discovery,” Hefin Meara, a maritime archaeologist with Historic England, told The Guardian. “This is a ship loaded with cargo on its way out somewhere. It’s a cliche but it’s a time capsule – this is a ship doing exactly what it was intended to do. And we can learn so much from that.” 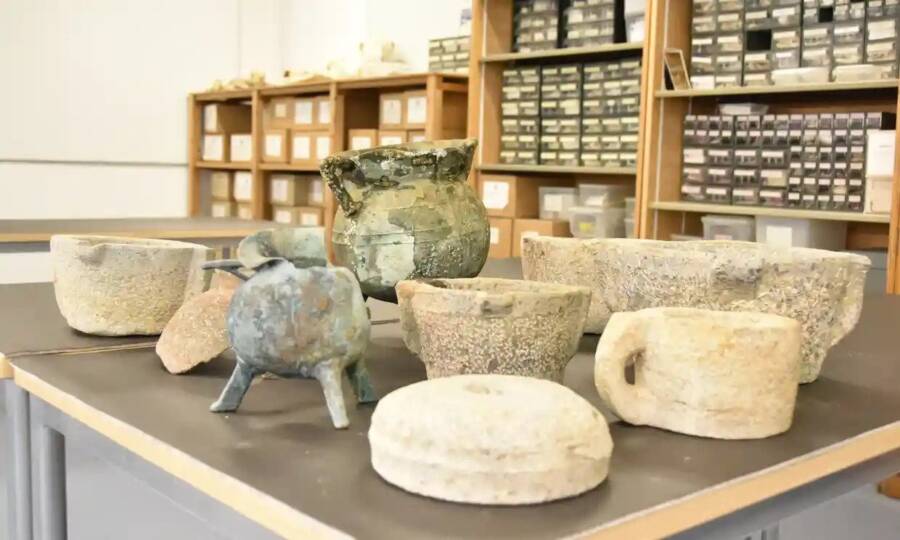 Bournemouth University/Historic EnglandSome of the cargo discovered in the shipwreck, including mortar bowls for grinding grain into flour.

According to The Guardian, one of the ship’s treasures is its preserved timbers, as the Mortar Shipwreck is the oldest known shipwreck in England with a surviving hull. “A combination of low-oxygenated water, sand, and stones [have] helped preserve one side of the ship,” Tom Cousins, a maritime archaeologist at Bournemouth University, explained according to the BBC.

Archaeologists examined the wood and found that the timber came from Irish oak. An examination of the tree rings additionally revealed that the wood came from trees cut down between 1242 and 1265, or during the reign of King Henry III. That makes the ship a unique find. Previously, no wrecks from between the 11th and 14th centuries have been discovered in English waters.

“The rest is history,” Smalls said of his discovery. “I’ve found one of the oldest shipwrecks in England.”

Inside the ship, archaeologists found even more treasure. Alongside “kitchen objects” like the mortar bowls, divers also found Purbeck marble gravestone slabs. The slabs display different kinds of cross designs, which, according to The Guardian, are similar to designs found in churches from the same era. However, the publication also notes that archeologists previously thought that the designs came from different periods.

Regardless, the stone slabs, mortar bowls, and ship itself tell a stunning story about the seafaring industry in 13th-century England.

“This is evidence of industry,” Meara told The Guardian. “They’re quarrying the stones, carving them, dressing them. And it shows that these are really desirable products [being] exported far and wide, all around the coast of England, to Ireland, to the continent.”

Meara added: “This gives us a really interesting indication that it’s not just the stone itself that was desirable. It’s the skills of the local craftspeople.” 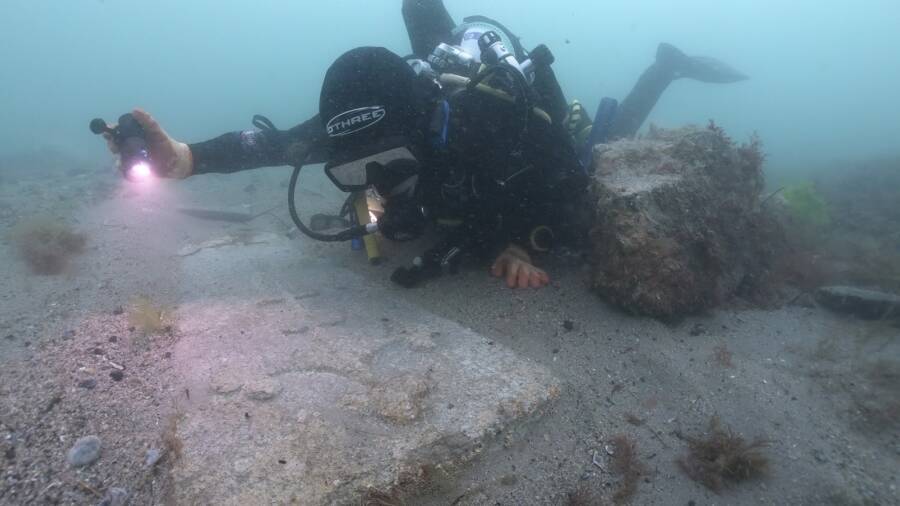 Bournemouth University/Historic EnglandA diver uses a flashlight to examine one of the marble gravestone slabs found in the shipwreck.

According to The Guardian and the BBC, two other ships were also given protected status alongside the Mortar Shipwreck. Though they’re from the 16th and 17th centuries, the wrecks are still considered “exceptionally rare.” Both were discovered off the Isle of Wight, and one contains lead ingots, while the other contains cannons.

All three paint a fascinating portrait of life — and death — in England over the centuries. But archaeologists are especially thrilled about the Mortar Shipwreck, the oldest known wreck ever found in English waters.

“Very few 750-year-old ships remain for us to be able to see today,” Cousins said, according to the BBC, “and so we are extremely lucky to have discovered an example as rare as this.”

After reading about the Mortar Shipwreck, England’s oldest, look through these nine famous shipwrecks and the stories behind them. Or, see why a 2,400-year-old shipwreck discovered in the Black Sea is believed to be the world’s oldest.