The True Story Of Sundiata Keita, The ‘Lion King’ Who Founded The Mali Empire

Legend says Sundiata Keita was such a sickly child that he was spared by his father's enemies when they killed all of his brothers. He later took revenge for the murders — by launching one of the most powerful empires in African history.

Sundiata Keita may have started life as a sickly child, but he soon became one of the greatest leaders in history. Known as the “Lion King,” Sundiata was the first ruler of the mighty Mali Empire.

Modern historians still debate the 13th-century king’s existence, however. While two independent scholars traveled to Mali in the century after Sundiata Keita’s death and chronicled his life, most of what is known about him comes from the Epic of Sundiata, a semi-historical poem rooted in generations of oral tradition. 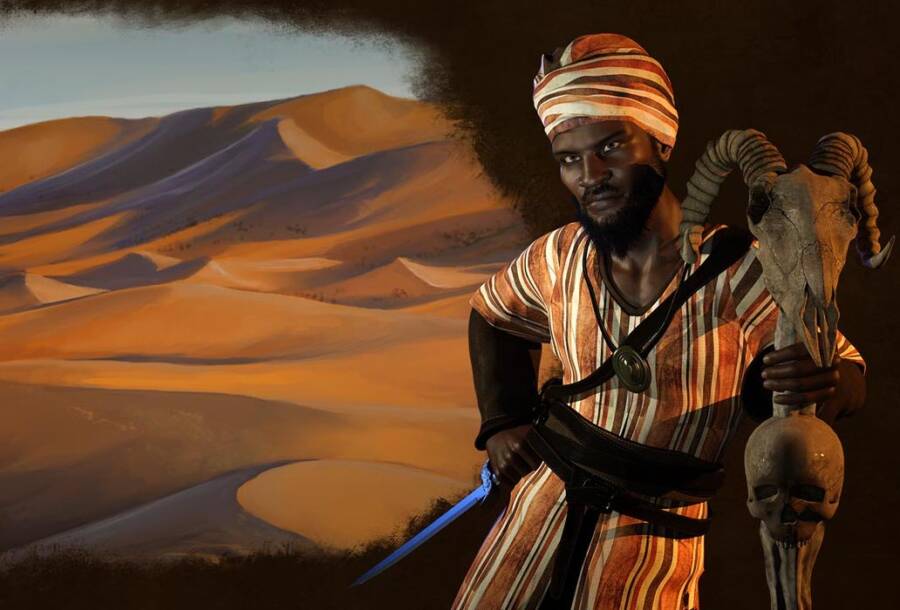 Legend has it that the rulers of the Ghana Empire killed Sundiata’s whole family when he was just a boy. While he was spared because he was sickly and physically impaired, according to National Geographic, the young prince never forgot what was taken from him — and he galvanized neighboring nations to unite under his leadership.

After getting his revenge and killing those who destroyed his family, he formed the Mali Empire. But his legacy goes far beyond that. Sundiata also allegedly created one of the world’s first human rights charters, and his descendants include the like of Mansa Musa, one of the wealthiest men in history.

This is the story of the fabled West African king.

The Early Life Of Sundiata Keita

Almost everything we know about Sundiata Keita’s life comes from the Epic of Sundiata, a poem compiled from stories passed down through the centuries by griots, or West African poets and storytellers.

The narrative wasn’t written down or translated until hundreds of years after Sundiata’s death, so it only serves as a semi-historical text. But according to African tradition, the leader’s story began in the early 13th century.

Sundiata Keita was born a member of the Malinke ethnic group in modern-day Mali in the early 1200s. His father, Naré Maghann Konaté, also known as Maghan Kon Fatta, ruled the Malinke kingdom of Kangaba on the Niger River.

According to the World History Encyclopedia, the Keita clan symbol was a ferocious lion, and Sundiata’s name translated to “Lion Prince” or “Hungering Lion.” One version of his legend states that he was born with greatness in his blood.

As reported by Ancient Origins, Sundiata’s father was told that his descendants would accomplish historic feats, but he would have to marry a woman named Sogolon to fulfill the prophecy. According to legend, she had a “hideous” hunchback and “monstrous” eyes. 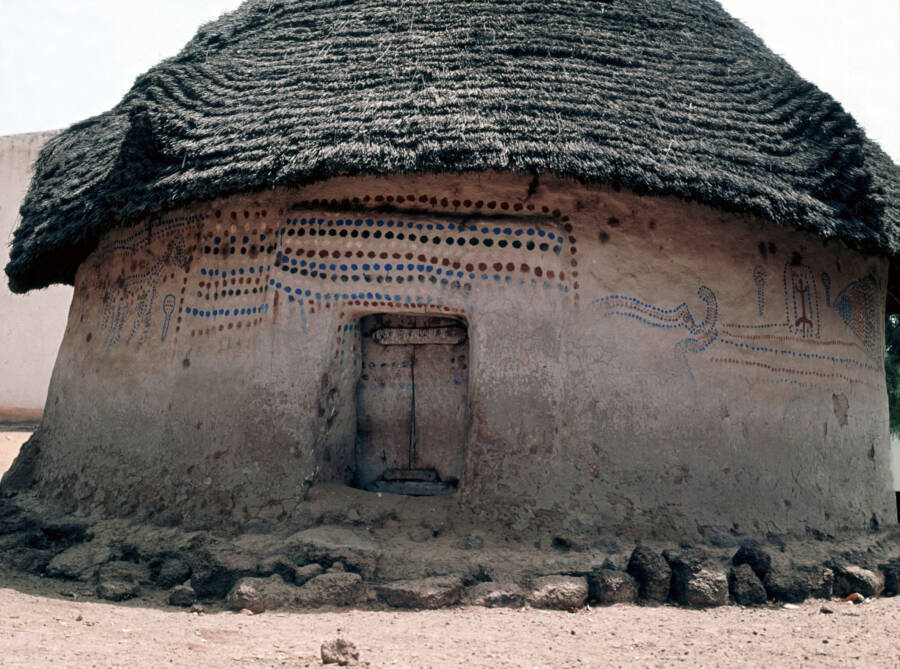 Contradictory versions of the legend make it impossible to determine Sundiata’s true disability, but one iteration claims he crawled on all fours well into childhood. While the boy grew desperate to walk upright, it would take the relentless hunger for revenge for him to do so.

The Rise Of The First Ruler Of The Mali Empire

According to the Tarikh al-Sudan, a chronicle of West Africa written in the 1600s, a magician-king named Sumanguru Kanté, leader of the Sosso people, invaded Kangaba in 1224 and murdered Sundiata’s father and all of his siblings. Sundiata and his mother were spared because they didn’t seem like a threat due to their physical disabilities. In this version of Sundiata’s story, the young prince built an army from surrounding villages and tribes and sought revenge on Sumanguru.

Another version of the story states that Sundiata’s jealous, paranoid half-brother Dankaran Touman had already assumed control of Kangaba by the early 13th century. In this iteration, Sundiata fled the kingdom in fear of assassination, while Touman submitted to Sumanguru’s army. The people of Kangaba began to pray for liberation — and Sundiata’s return.

Sundiata Keita and his mother were exiled in the court of Moussa Tounkara, the king of Mema, the legend continues. The boy was determined to walk properly and began wearing leg braces when he was seven. The king admired Sundiata’s success so much that he appointed him viceroy, and Sundiata governed over Mema when Tounkara was away.

Now able-bodied and powerful, Sundiata plotted his return to Kangaba. He dreamed of a united West African empire and of freeing his Malinke people from tyranny, but it wouldn’t be easy. The region was a disorganized group of villages, but by 1235, Sundiata had amassed an army for war.

One version of Sundiata’s legend claims that one of his sisters, Nana Triban, had survived Sumanguru’s killings and was forced to marry the invader. She learned that his source of strength was a white cockspur totem, and she stole it to weaken her husband before Sundiata’s return.

According to Encyclopedia Britannica, Sundiata defeated Sumanguru during the Battle of Kirina in 1235. Some say Sundiata killed Sumanguru with a poisoned arrow, while others believe Sumanguru fled for his life. Regardless, the victory set the stage for Sundiata to launch the Mali Empire. 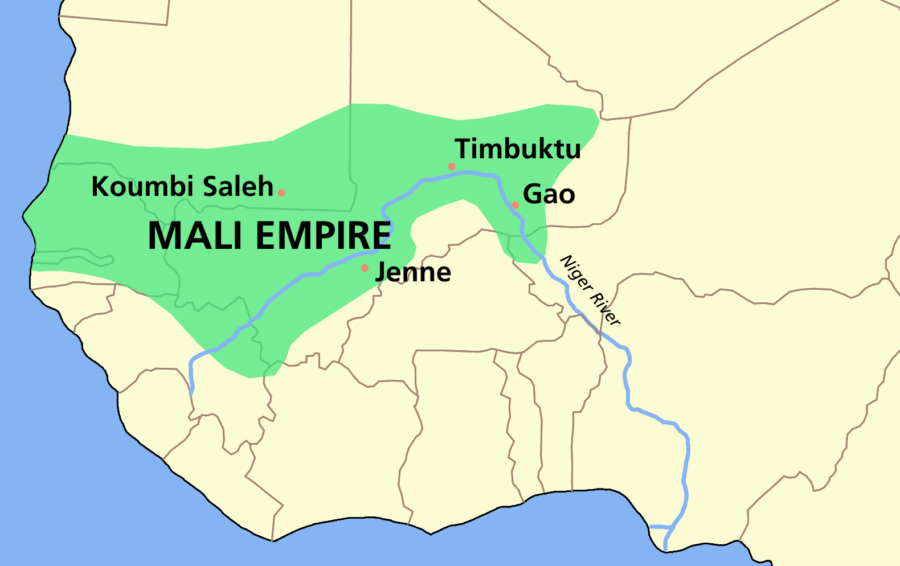 Sundiata rebuilt the destroyed city of Niani and named it the new capital. He appointed Arabs and Africans alike to powerful positions and divided the empire into north and south, each with a military leader. Essentially a federation of feudal-like kingdoms, the Mali Empire became the largest and wealthiest of its kind across West Africa.

Over the next few centuries, the empire continued to grow thanks to its access to natural resources like salt, copper, and gold and its location on important trade routes for Africa and the Arab world.

Sundiata Keita died in 1255, but his death remains mysterious. Some claim he fell in battle. Others believe he drowned in the Sankarani River. His legacy continues through oral tradition in West Africa and through the Epic of Sundiata around the world to this day, but it extends far beyond his role as an African leader.

The Legacy Of An African Legend

In addition to founding one of the most powerful empires in African history, Sundiata also reportedly orally decreed one of the first human rights charters. Known as the Manden Charter or the Kouroukan Fouga, it emphasized the sanctity of human life and promoted peace, education, and food security.

According to a translation of the charter provided by the Correct Connect Africa Foundation, Sundiata first gathered a group of tribal chiefs to proclaim him the one true monarch of Mali. He then reorganized clans according to professions in order to make trades like blacksmithing and weaving hereditary.

The constitution also included articles such as “Never offend women,” and “We should help those in need.” According to the United Nations Educational, Scientific and Cultural Organization (UNESCO), the Malinke people still orally pass down the charter from father to son today, and many continue to live by its rules. 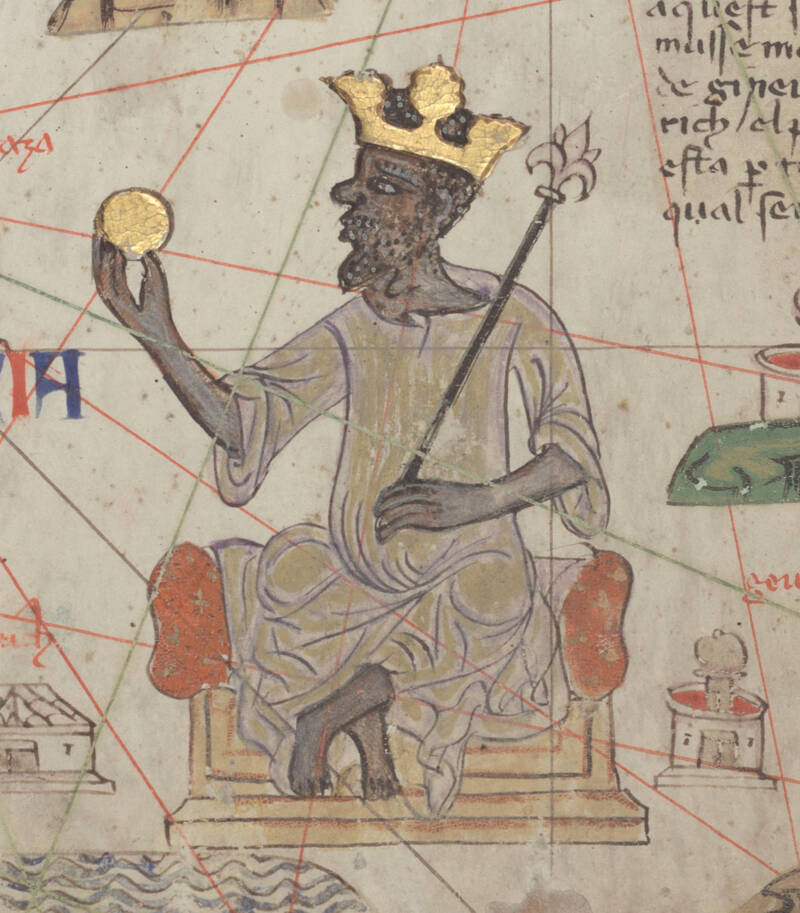 The Manden Charter also determined that all future rulers of the Mali Empire must be selected from Sundiata’s bloodline. The most famous of his descendants was his great-nephew, Mansa Musa, the ninth ruler of Mali and one of the wealthiest men in world history.

While Mansa Musa amassed an untold fortune and spread Islam across his expanding empire, Sundiata Keita’s achievements were arguably far more inspiring — if they were ever true at all.

After learning about Sundiata Keita, read about Queen Nzinga, the African leader who fought off slave traders. Then, discover the true story of West Africa’s Ashanti Empire.