Behold The ‘Wonderchicken,’ The 67-Million-Year-Old Ancestor Of Modern Ducks And Chickens

This is the oldest fossil of a modern bird ever found. 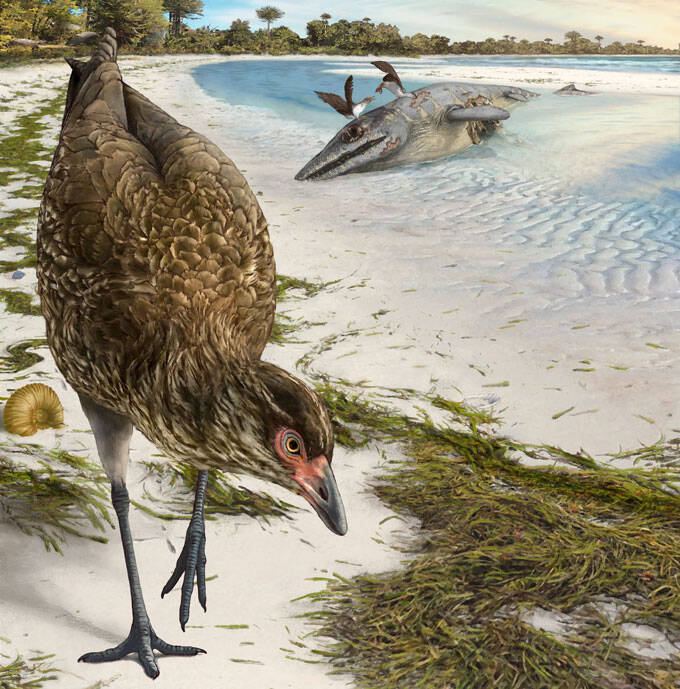 Phillip Krzeminski“Wonderchicken” is considered one of the most important discoveries of its kind.

We know that modern birds like chickens and turkeys are actually closely related to dinosaurs. But for some time, scientists have struggled to definitively place when modern birds evolved as we know them — until now.

According to Science News, a team of paleontologists has just discovered a 67 million-year-old skull of a chicken-duck hybrid believed to be the oldest modern bird fossil yet known.

It is also the earliest ancestor of chickens and ducks and was affectionately dubbed the “Wonderchicken.”

Asteriornis maastrichtensis, as it’s formally known, actually survived the asteroid that wiped out the dinosaurs.

“It’s like a turducken,” co-author Daniel Field, a vertebrate paleontologist at the University of Cambridge, quipped. Indeed, Wonderchicken features a “never previously seen mashup of ducklike and chickenlike features.” 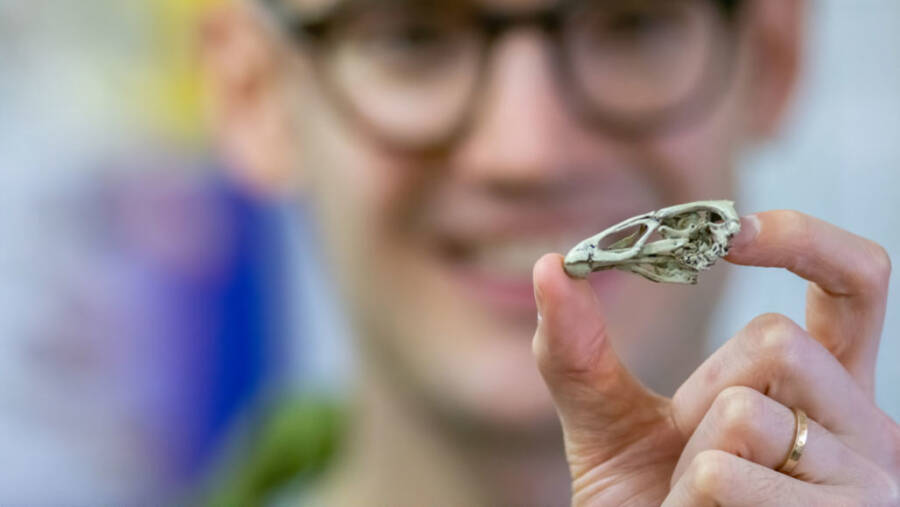 The fossils, which include a perfectly preserved skull and a few limbs, were discovered inside a small rock in Belgium. The rock was made of hardened marine sediments and the few bones that were poking out of it appeared insignificant at first. But the estimated age of the bones was enough to pique Field’s interest.

The team used a process called method tomography, which is essentially a kind of X-ray, to peek inside the rock without destroying the fossils.

When the team identified a small bird skull, they almost couldn’t believe their eyes.

“The timeline was: See the skull, scream ‘Holy s—,’ give my Ph.D. student a high five, and then start calling it the Wonderchicken,” Field said barely masking his initial surprise.

The Wonderchicken is thought to have had wings, a beak, and was roughly quail-like in size. Interestingly, only the front part of the Wonderchicken’s skull, including its beak, are actually chicken-like. Thus, Field believes that A. maastrichtensis was not a picky eater, just like modern chickens.

“A barnyard chicken will eat anything you put in front of it,” Field explained. Which is why, unlike a lot of birds, chickens don’t have a specialized beak shape. Instead, they have a beak that allows them to have a more diverse diet. It’s likely that the survival of the Wonderchiken depended on a varied diet.

“An unspecialized diet is the kind of feature that might have helped animals like the Wonderchicken survive,” said Field, particularly during a crisis like the mass-extinction event caused by an asteroid.

But then, there are other parts of the Wonderchicken’s skull that are duck-like.

D.J. Field/University of CambridgeA scan of the fossil reveals features similar to both chickens and ducks.

Similar to modern ducks, A. maastrichtensis had a distinctive bone that projected from the back of its skull towards the base of its eye socket as well as a hooked bone at the back of the jaw.

An examination of its limbs suggests that the Wonderchicken walked on long legs. The fact that it was found in marine sediment could mean that the species was a shorebird.

The discovery of the Wonderchicken has finally given scientists a more accurate evolutionary timeline for the modern bird. In fact, the 67 million-year-old fossils are actually much younger than previous estimates for the first appearance of modern birds.

“This is one of the most important bird fossils that has been found in quite some time,” said Stephen Brusatte, a vertebrate paleontologist from the University of Edinburgh who was not involved in the study.

“It raises the intriguing possibility that small size and a shoreline habitat may have helped these birds survive the end-Cretaceous extinction,” while other large animals, like the ferocious dinosaurs, went extinct.

Next, meet the Vorombe Titan, a 1,800-pound elephant bird that was once the largest in the world. Then, read about why scientists planted fake memories into bird brains.