The Native American needles were carved from turkey bones, and originally found in 1985 — before researchers realized their significance. 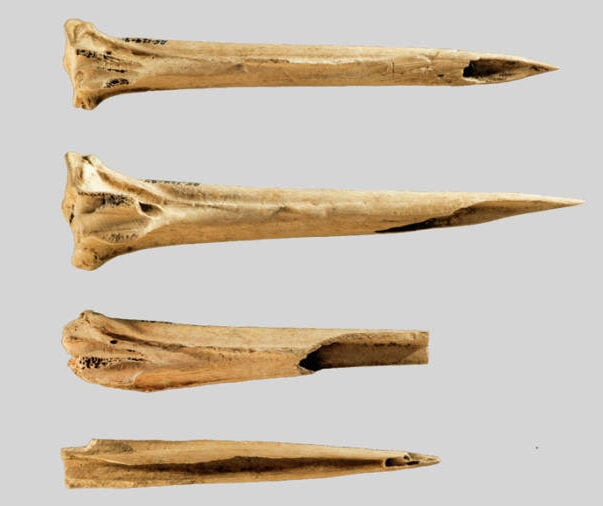 Tattoos are generally associated with modern times, but their use stretches back thousands of years. In fact, according to a stunning new find, ancient people used tattoos much earlier than previously thought.

Archaeologists in Tennessee have just identified the world’s oldest known tattoo kit — which dates back between 5,520 and 3,620 years.

Diggers originally discovered the tattoo kit in 1985 during a bridge construction project near Nashville, Tennessee. At the time, they dismissed the kit as simply a “toolkit,” and for decades, it languished in storage.

“It was one of these situations where it went into a collection and nothing was done with it,” said Aaron Deter-Wolf, an archaeologist with the Tennessee Division of Archaeology who is an expert in ancient tattoos and one of the authors behind a new study on the subject.

Deter-Wolf was initially drawn to the toolkit because he thought it looked like a medicine bundle — a sort of portable shrine used by Native Americans. But after he teamed up with zooarchaeologist Tanya Peres from Florida State University, he and Peres realized they had something different on their hands: ancient tattoo needles. 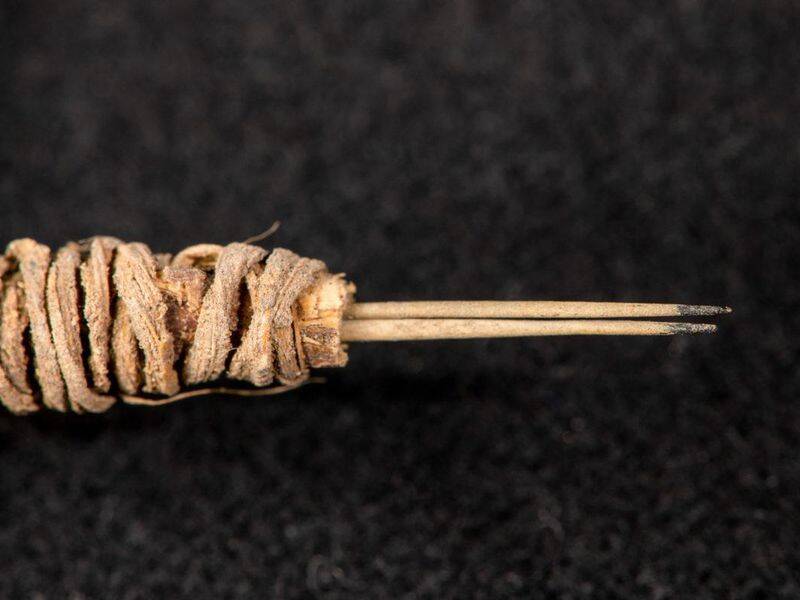 St-Pierre had tattooed pig skin with similar bone tools to see what kind of marks the process would leave on the tools. “At this point, there’s not another activity that we know of that would create that same pattern on bone tools,” noted Deter-Wolf.

He and Peres also found traces of red and black pigment on the tips of the carved bones. They suspect that while the bones were used as tattoo needles, the pigment-stained shells were used to hold the ink.

A find like this is exciting enough on its own. But based on a radiocarbon study of shells at the same site, Deter-Wolf and Peres also determined that the tattoo needles were between 5,520 and 3,620 years old. That suggests that ancient people in North America used tattoos more than 1,000 earlier than previously thought.

Researchers say there’s still a lot to learn about how ancient people around the world used tattoos. An iceman named “Ötzi”, who lived around 5,250 years ago in Europe, bears the oldest known tattoos. 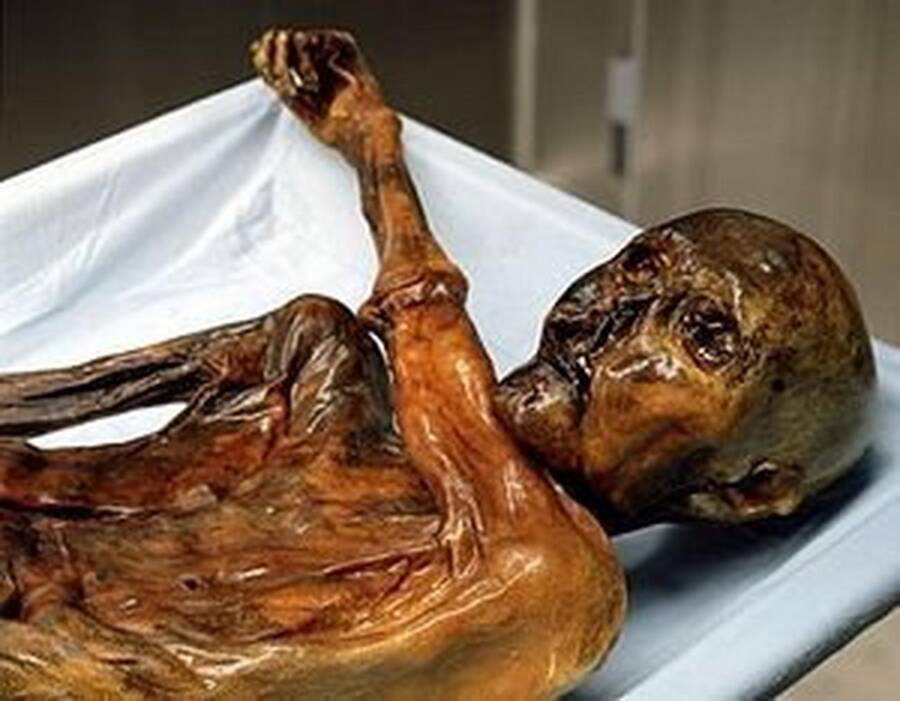 Wikimedia CommonsÖtzi the iceman has the world’s oldest known tattoos.

Hikers found Ötzi fairly well-preserved in the ice in 1991. His 61 tattoos were made by scratching the skin and then rubbing in charcoal. Researchers suspect that his tattoos may have been an attempt to treat pain.

Deter-Wolf even tried to replicate Ötzi’s tattoos by using a bone tool and black ink. He made 1500 individual punctures on his wrist, and inked a tattoo like the ancient people did.

But since tattoos leave marks in human skin, and human skin generally disintegrates over time, it’s difficult for scholars to understand the scope or significance of tattoos in ancient cultures.

“I think there has to be a whole lot more work done on Archaic lifeways in general before we can even start to parse the deeper meaning of tattooing in this period,” Peres noted. “We’re still arguing about what they were eating and what kind of houses they living in, which are more durable things in the archaeological record.”

But archaeologists have found a surprising amount of evidence that ancient people frequently used tattoos. Researchers have found mummified tattooed skin from Neolithic times, like Ötzi’s. And ancient cultures used tools like animal and fish bones, teeth, or the shells of turtles and oysters to make tattoos.

Why use tattoos? Today, getting a tattoo can mean different things for different people. Some see tattoos as a sign of rebellion. Others, as an homage. And while certain people might get tattoos as a joke, tattoos also play a significant role for breast cancer survivors reclaiming their body.

As for ancient people? There’s more research to be done. But Deter-Wolf is convinced that tattoos held an important place in the culture of ancient Native Americans.

“By the arrival of the Europeans, virtually every Native American group in the Great Plains and the Eastern Woodlands practiced tattooing,” Deter-Wolf said. “If it’s something that widespread and that important, we suspect that it is very deeply rooted in Native American history.”

He’s certain that once archaeologists start looking for evidence of ancient tattoos in earnest, they’ll have plenty to find.

After reading about the oldest tattoo needles ever found, discover the story of the first-known female tattoo artist in the United States, Maud Wagner. Or, check out these 11 tattoo facts from history.