The Original Ronald McDonald Is Unrecognizable — And Terrifying

The original Ronald McDonald looked nothing like he does today. Here's the strange tale of America's most famous obesity-themed clown. 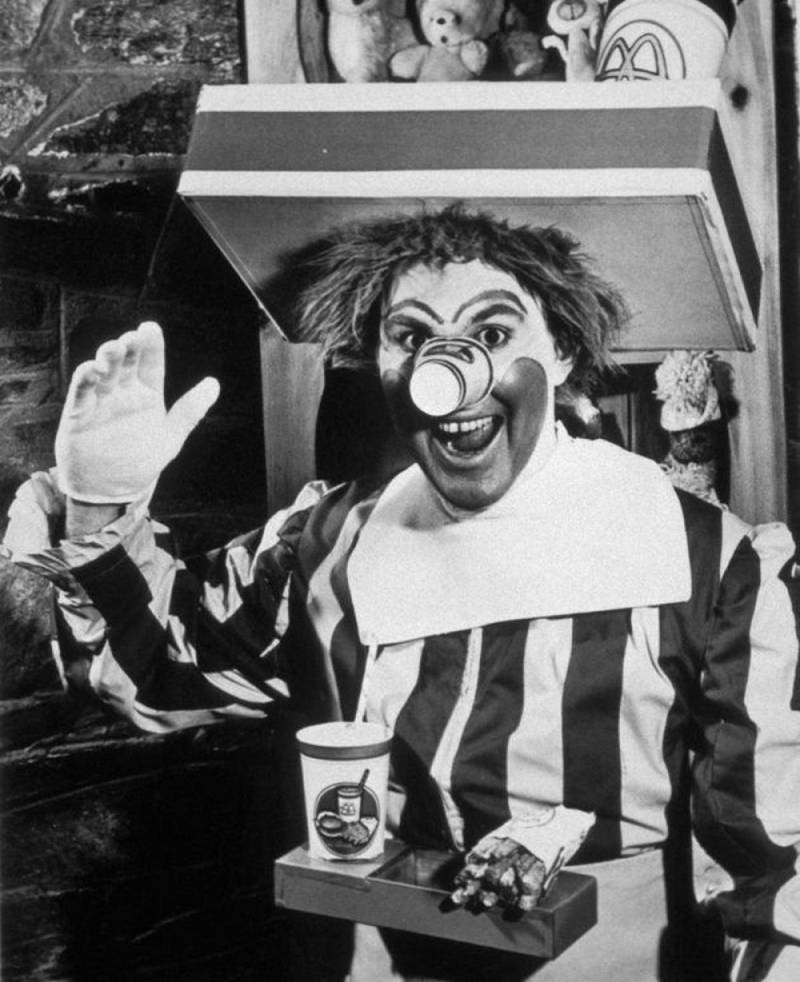 The original Ronald McDonald. You probably don’t want fries with that.

McDonald’s has had some memorable fiascos in their 60-plus-year reign as fast food king, but it seems the people behind the Golden Arches always find a way to regroup and return even stronger than before. And this is especially true of the face of the business himself: Ronald McDonald.

His nose was a McDonald’s cup, his hat was a loaded tray, his makeup was like that of the Scarecrow in The Wizard of Oz, and his belt magically produced hamburgers. But, all in all, he would have fit in better with modern-day horror movie clowns than with anything that belongs at, say, a kid’s birthday party.

And the strange tale of the original Ronald McDonald doesn’t even end with his scariness.

Ironically, for a business that has been so frequently and publicly accused of contributing to the obesity epidemic, Scott was not used for the first nationwide Ronald McDonald ads because he was too heavy. The company thought that a more physically fit man would be better for the “extremely active” Ronald McDonald character.

This makes it all the more strange that a McDonald’s executive would tell the AP in 2011 that, “There’s only one Ronald,” after repeatedly dodging questions about how many actors have portrayed the ubiquitous clown (of course, it’s tough to expect integrity from a company who sells a kale salad with more fat than a double Big Mac.

This sort of thing has been getting McDonald’s into hot water for years, and only all-day breakfast has been able to pull the company out of its recent slump.

Through it all, Ronald McDonald, perhaps the world’s most famous fast-food mascot, has been right there — even if he used to look a whole lot different.