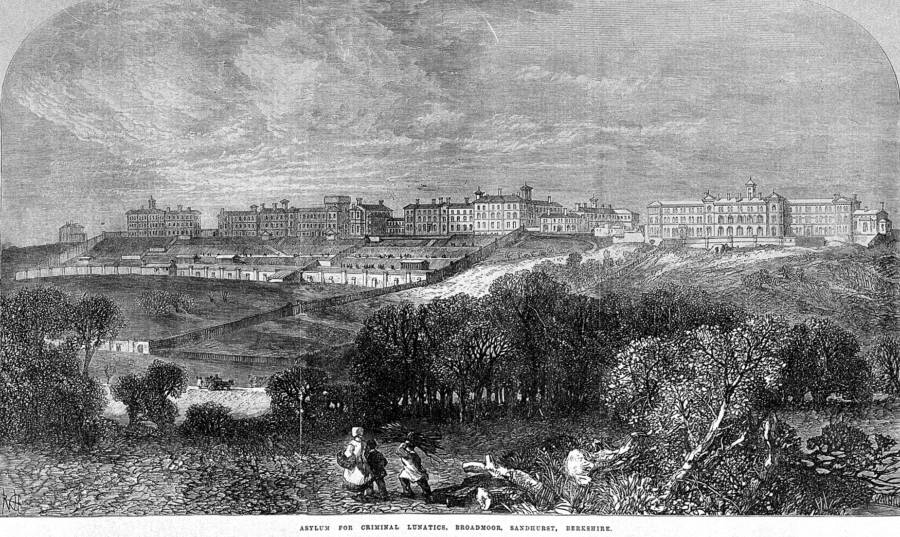 Wikimedia CommonsBroadmoor asylum in Berkshire as it appeared in 1867 when it was brand new.

Minor’s paranoia deepened after arriving in England. He shot and killed George Merritt, a complete stranger who was walking to work on the streets of Lambeth on Feb. 17, 1872.

Minor erroneously believed the other man broke into his room. His trial became international news, and British courts found Minor not guilty by reason of insanity. The former army surgeon was sentenced to life at Broadmoor, an asylum for the criminally insane in Berkshire, England.

Confined to a two-room prison cell in Broadmoor, Minor lived in relative luxury thanks to the appeals of an American consul in Britain who spoke to the governor of Broadmoor.

The delusional patient collected an extensive library of books. Astonishingly, Merritt’s widow delivered many of the books purchased by her husband’s murderer. The pair became friends after Minor used a portion of his wealth to send money to Merritt’s widow as a way to pay for his crime. The money helped support her six fatherless children. 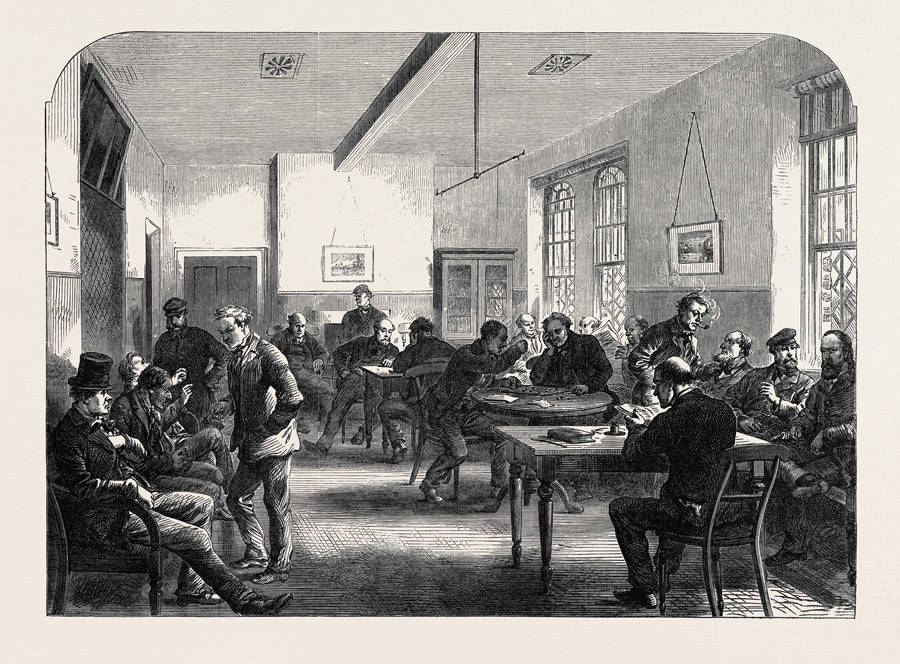 In 1879, a pamphlet stuck in one of Minor’s purchases featured an ad for volunteers for Murray’s massive project. As Minor already had an impressive collection books and nothing but free time on his hands, the Oxford English Dictionary job was the perfect match for the madman.

Minor systematically pored through tome after tome, looking for quotations using English words. Each book he read received its own slip of paper with the title at the top. Minor noted every interesting word he came across and compiled them into an alphabetical list.

Although the American doctor still suffered from paranoid delusions, some saw his work on the Oxford English Dictionary as a form of therapy. Minor became a regular collaborator with Murray as he sent his notes to the editor every week for 20 years.

The murderer corresponded with Murray’s team from his prison cell. Every letter Minor signed with the closing, “Broadmoor, Crowthorne, Berkshire.”