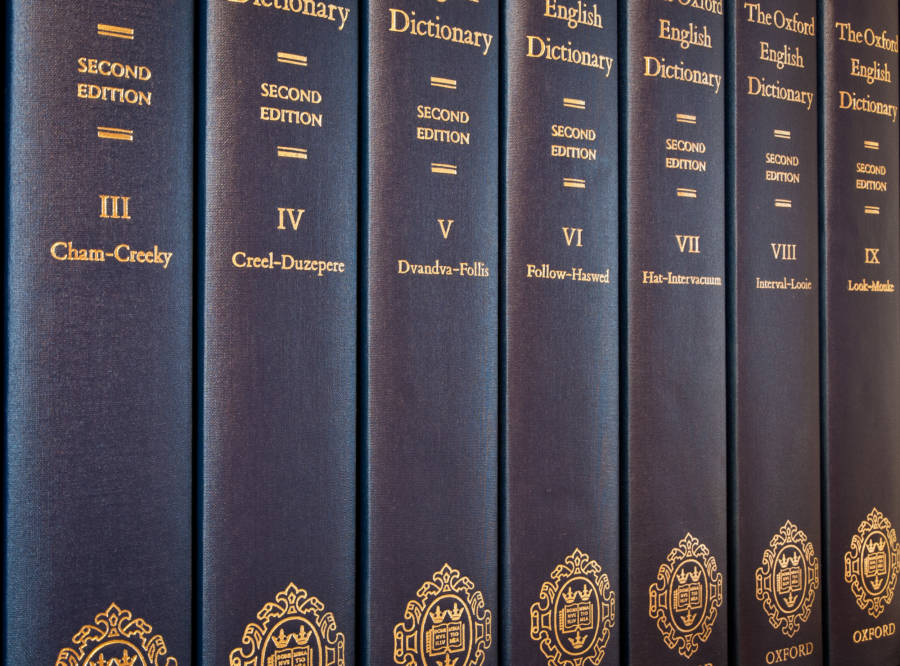 Wikimedia CommonsVolumes of the Second Edition of the Oxford English Dictionary.

By 1902, Minor’s paranoid delusions took over his mind, and he was unable to continue working on the Oxford English Dictionary. During one delusional episode, Minor cut off his own penis with the very knife he used to help compile his entries for the dictionary.

British Home Secretary Winston Churchill ordered Minor to be taken back to the United States in 1910. For the next 10 years, the madman lived in various mental institutions until his death in 1920.

Minor’s innocuous grave in Connecticut simply lists his named followed by birth and death dates. It says nothing of his contributions to the English language.

Editors finally finished the first edition of the OED in 1928. It contained 10 massive volumes with 400,000 words. The huge project took 70 years and hundreds of people, including J.R.R. Tolkien at one point, to complete.

Minor, a murderer who had a method to his madness, was responsible for 1/40th of the masterpiece. It was all in the name of the beautifully diverse English language.

After you soak in the history of the Oxford English Dictionary, read about how the term “kick ass” is older than we thought. Then read about ancient lost languages that were discovered.