The pigeon was wearing an anklet inscribed with a series of numbers when it was captured on the Indian side of the India-Pakistan border. 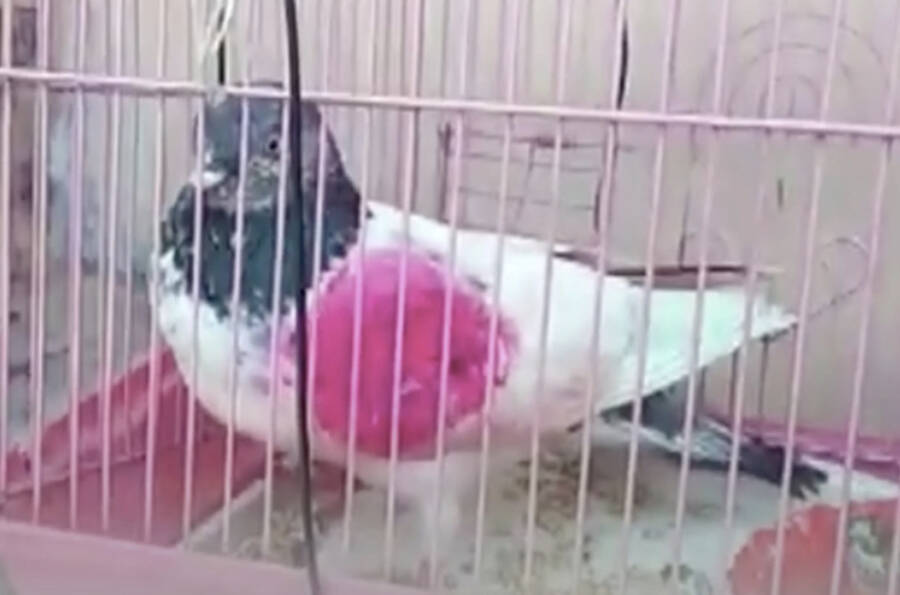 FacebookThe pigeon was spotted by locals before it was captured.

Tensions between India and Pakistan have been boiling since their independence from the United Kingdom in 1947, and those tensions were strained this week when Indian police arrested what they believed to be a Pakistani spy pigeon carrying coded messages across the border.

According to the BBC, the bird was discovered by villagers near the Indian-controlled sector of Kashmir. It was painted pink and featured a ring on its foot that was inscribed with a series of numbers. Because of the anklet and the sensitive area in which the bird was recovered, authorities are taking the incident very seriously. However, they have yet to decipher the message.

“Locals captured it near our fences,” said Senior Superintendent of Kathua Police, Shailendra Kumar Mishra. “We have found a ring in its foot on which some numbers are written. Further investigation is underway.”

A Republic World news segment on the Pakistani pigeon incident.

A Pakistani villager has since come forward as the bird’s owner. He claimed to have simply flown his pigeons to celebrate this year’s Eid-al-Fitr festival, a Muslim holiday that marks the end of Ramadan. He also explained that the numbers inscribed on the pigeon’s metal ring were not a code but rather his phone number.

Pakistani newspaper Dawn has since identified the man as Habibullah and confirmed that he does, indeed, own a dozen pigeons. The man told the publication that the bird was a “symbol of peace,” and that India should “refrain from victimizing innocent birds.”

Habibullah reportedly lives around 2.5 miles from the border and owns pigeons that he regularly flies in celebration. Whether or not authorities have tried calling the number inscribed on the pigeon’s ring in order to corroborate the man’s claim remains unknown. 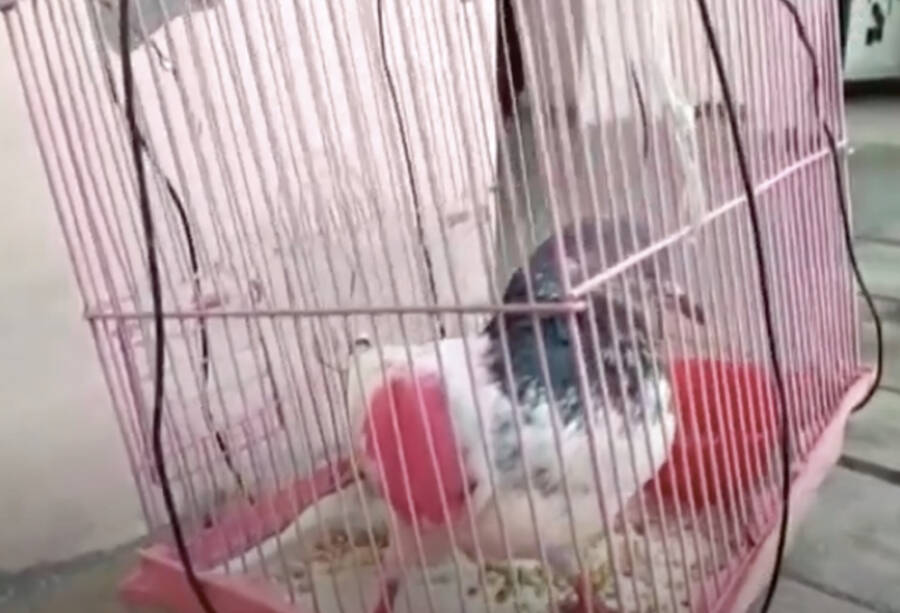 FacebookThe man who claimed ownership of the pigeon said the coded message was merely his cell phone number.

Unfortunately, cultural and political tensions are to blame for the paranoia around this particular pigeon. In 2016, for instance, a pigeon was caught across the border carrying a note threatening the Indian prime minister.

According to The Verge, regional countries such as Iran and Egypt have experienced similar incidents. In 2008, Iran arrested two pigeons for purportedly spying on a nuclear facility, and in 2013, Egypt detained a stork fitted with an unidentified device.

In an even more extreme case, in 2019, China probed the anuses of 10,000 pigeons to make sure that they weren’t carrying bombs.

Meanwhile, the Pakistani pigeon has already been cleared of such a possibility after it was x-rayed. Indian authorities, however, aren’t quick to rule hostility out.

“This is a rare instance of a bird from Pakistan being spotted here,” said superintendent Rakesh Kaushal. “We have caught a few spies here. The area is sensitive, given its proximity to Jammu, where infiltration is quite common.”

An RT news segment on the 2013 stork incident in Egypt.

Ultimately, a basic lack of political trust between India and Pakistan will dictate the course of this pigeon’s life from here.

With both nations eager to claim full control over the disputed territory of Kashmir, even a painted bird carrying a phone number can be cause for alarm. While humorous to onlookers halfway around the world, anxieties on the ground are real.

Next up, read about how Indian park rangers shot poachers on site to protect their rhinos. Then, read about the Pakistani-Islamic Council which mandated that husbands can “lightly beat” their wives.