The 25-year-old apparently used self-inflicted lacerations to scrawl "Hail Satan" on the door of the Alpha Delta Pi sorority house. 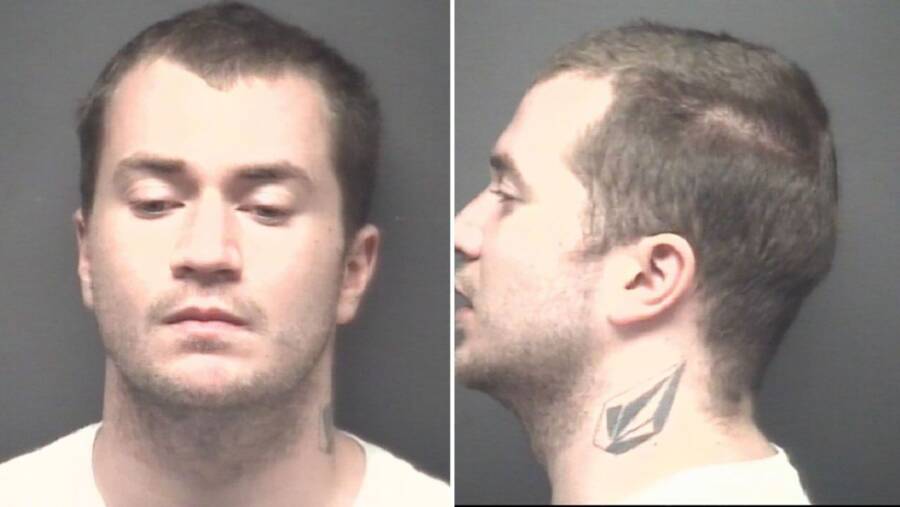 Authorities in Greenville, North Carolina have arrested a young man with a machete who was caught writing Satanic messages on a local sorority house and a nearby vehicle. According to Fox News, the suspect also left upside-down crosses on the property — all written in his own blood.

“I could make out, like, a couple upside-down crosses,” student Grant Miller told local news station WITN. “It said ‘Hail Satan’ like written in blood, which is strange.”

Officers responded to a call on Sunday night after a local person reported an armed and visibly distressed man skulking about the Alpha Delta Pi sorority grounds. It became clear to East Carolina University (ECU) police rather quickly that the suspect, now identified as Patrick Canter, had seriously harmed himself.

Police found Canter on East 5th Street and South Meade Street, an intersection directly adjacent to the Alpha Delta Pi Sorority. Captain Sutton explained that the suspect first cut himself and then used his blood as ink on both the sorority house itself and a resident’s white Jeep parked out front.

Sutton also revealed that it was a yet-unidentified local who flagged police down that night to report the situation. The man approached campus police around 9:00 p.m. and claimed that there was a disquieting individual walking around with blood on his hands. Five minutes later, police apprehended Canter.

“An officer was able to identify an individual and disarm the individual without any further incident,” said Sutton.

As news of the disturbing situation spread across campus, pictures of the bloody and smeared messages started spreading across social media platforms like wildfire. Miller said he and his roommate Zack Downey encountered the bloody images online.

“We saw all kinds of social media posts and it was pretty crazy,” said Downey. “It was blood and the guy… it could’ve happened here.” 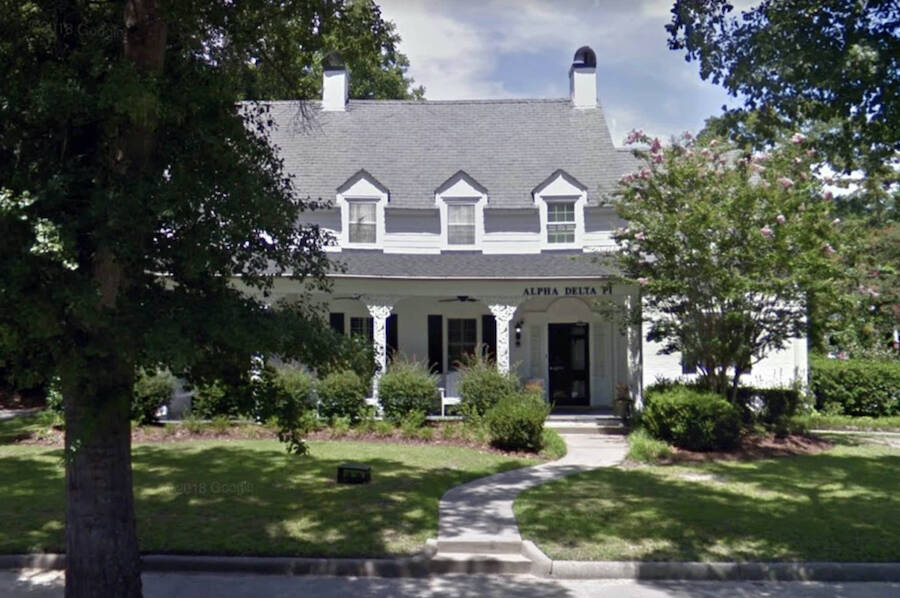 GoogleMapsCanter was found within five minutes of being described to the police on the intersection directly adjacent to the Alpha Delta Pi Sorority house.

Canter was treated medically for his injuries before authorities identified him. Fortunately for everyone involved, it became clear rather quickly that he had only injured himself and nobody else residing in the community.

Unfortunately, this isn’t the first time that Satanic activity has gripped a college campus. In 2019, 21-year-old Luisa Cutting fatally stabbed her roommate while on a deadly combination of Xanax, cocaine, magic mushrooms, and Adderall.

According to local police, the unstable young woman claimed to have been doing drugs with the Devil before slaughtering her best friend, Alexa Cannon. The young victim was stabbed 30 times and when police found her body on the floor of the apartment she shared with her murderer, she had a butcher’s knife lodged in her mouth.

At least this latest situation ended with no real harm done to anyone, including the assailant. Canter’s motive remains perplexing, the incident seems like a prime example of social safety nets failing the destitute among us. Jail records have listed Canter as homeless, and with no ties to the university, he has presumably been battling financial and mental health issues for some time now.

“The whole incident is troubling and I’m certain it’s very concerning for the residents of the home, as well as their parents,” Sutton told The New York Post. “But we’re pleased our officers were able to locate Mr. Canter so quickly and disarm him safely without higher levels of force. Obviously, he was in some form of distress.”

As it stands, Canter was charged with injury to real property as a result of his bloody damages to both the sorority house and the white Jeep parked outside of it. He was booked into the Pitt County Detention Center with a $1,500 bond.

After learning about this machete-wielding man, read about the Florida man who was arrested for attempting to “barbecue” child molesters. Then, learn about the repulsive murder of Hollywood model Iana Kasian by Blake Leibel.