The freezing environment preserved some of the penguins so well that they still had feathers attached to them. 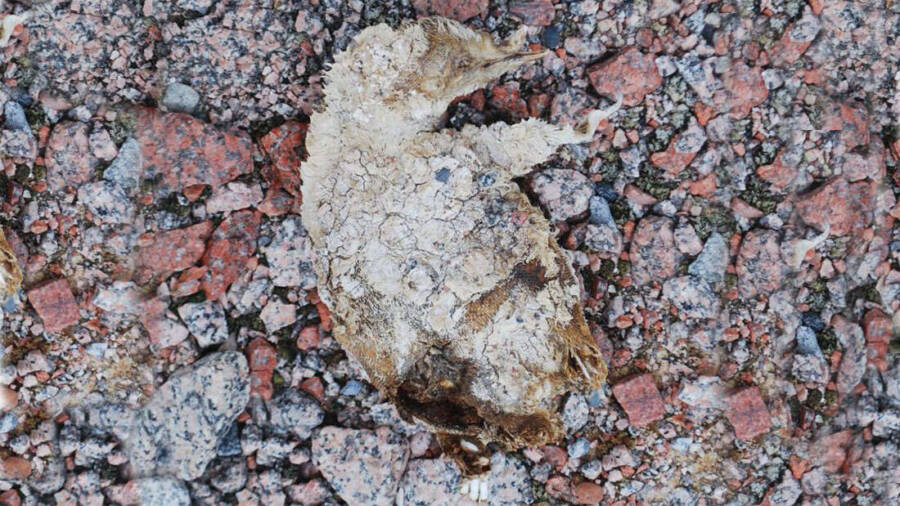 Steven EmslieMany of the 5,000-year-old penguins in this “graveyard” were remarkably well preserved.

Rapidly melting polar ice caps have revealed that thousands of years ago, there was a thriving penguin community in the Antarctic that has since been reduced to a “graveyard” of frozen mummies.

According to Live Science, an Adélie penguin colony was discovered frozen in the ice at Cape Irizar, which is located south of the Drygalski Ice Tongue on the Scott Coast of Antartica in 2016. Prior to this discovery, researchers did not think that penguins inhabited this stretch of land in the Antarctic.

Because the penguins died and were then frozen in ice, they were found in remarkable condition. Some of the dead chicks still had intact feathers on them. What was most surprising, however, was that some of the carcasses that were found toward the surface of the excavation site appeared to be “fresh.” There was also an abundance of chick bones and excrement stains, which implied that the site was being used as a breeding ground fairly recently.

But that couldn’t be possible, lead researcher of the subsequent study Steven Emslie asserted. According to his study, which was published in the journal Geology in September 2020, there are no records of penguin colonies living in this area since the early 20th century.

“In all the years I have been doing this research in Antarctica, I’ve never seen a site quite like this,” he said. 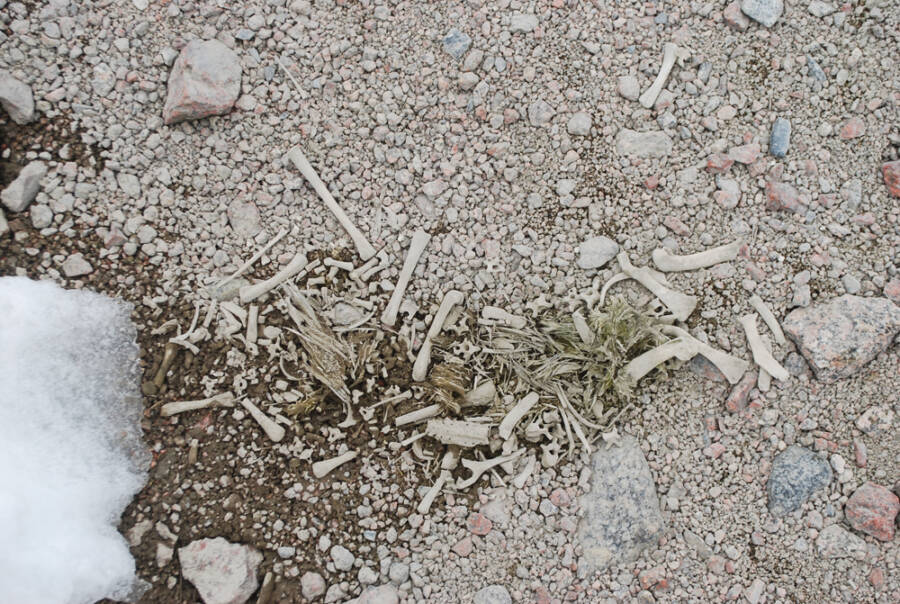 The graveyard encompasses at least three separate breeding sites that are marked by old pebble mounds, which is a typical find in penguin mating areas. The team used radio-carbon dating to determine the age of the mummified penguins, which appear to date back at least 5,000 years.

An analysis of the bones, feathers, eggshells, and other soft tissue also suggested that penguins occupied the site for breeding purposes at least three different times over the millennia. The last breeding period likely ended sometime around 800 years ago at the beginning of the Little Ice Age, possibly due to either increasing snow levels at the location or other factors.

Emslie and his team remained puzzled over why some of the ancient penguin corpses were in better condition than others. Emslie has supposed that this was likely caused by the conditions of the cape’s environment, which may have gone through different periods of climate change over the last thousand years.

“This recent snowmelt revealing long-preserved remains that were frozen and buried until now is the best explanation for the jumble of penguin remains of different ages that we found there,” he said. 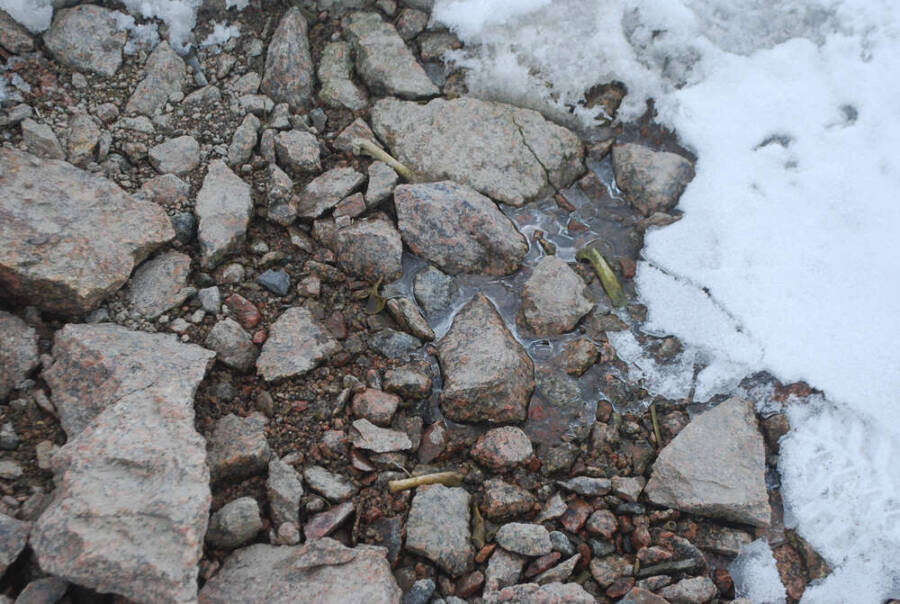 Steven EmslieAdélie penguins are believed to exist only on the Antarctic coast.

The Ross Sea territory of Antarctica is one of the most productive marine ecosystems in the Southern Ocean. The region, which encompasses Cape Irizar, supports nearly one million breeding pairs of Adélie penguins every year. However, there have been increasing reports about the region’s rapid snowmelt due to global warming.

According to data compiled by NASA, Antarctica’s ice mass has been steadily declining since 2002. Based on the Arctic Sea ice minimum, which reaches its lowest every September, Arctic ice is declining at a rate of 12.85 percent per decade.

It’s important to note that what’s happening in the Arctic significantly impacts the rest of the world, which is why climate scientists have kept a watchful eye on the conditions there. For one thing, the drastic imbalance between rising temperatures in the Arctic and the middle latitudes of Earth may trigger unexpected conditions in the upcoming colder months in North America. 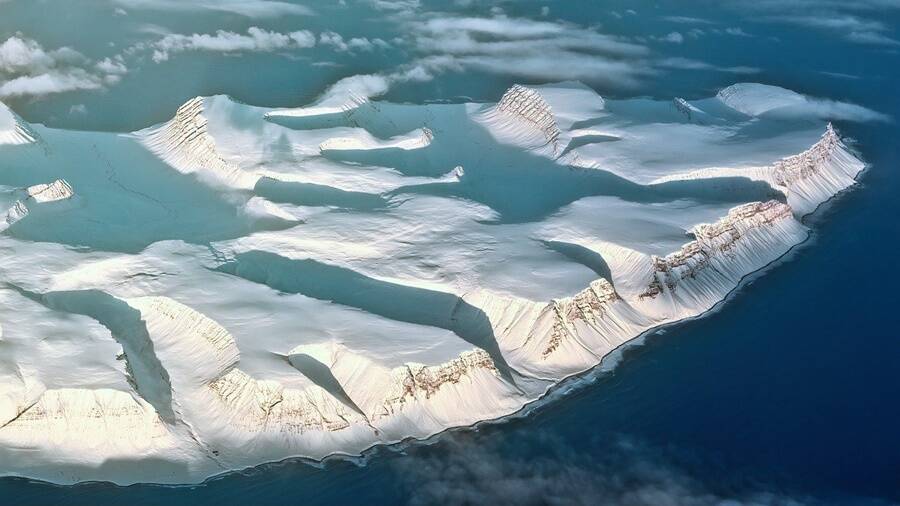 “We would expect to see a big atmospheric effect this coming fall and winter due to all that extra heat which has gone into the Arctic Ocean because the sea ice is reduced,” said Jennifer Francis, a senior scientist at Woodwell Climate Research Center in Massachusetts.

She added that “we should see weather conditions become more persistent, more long-lived — whether it’s dry, wet, hot, or cold.” Climate change, meanwhile, has already triggered catastrophic weather conditions around the world, from the wildfires in California to the severe floods in Sudan.

While climate change has brought unexpected discoveries for scientists, like this ancient graveyard of penguins, it is also an indication of the dire state of our global environment.

Next, read about how penguins are pooping out so much laughing gas that it’s wreaking havoc on the environment. Then, take a look at the earliest observations of penguins from a century-old Antarctic journal that rocked the science world.