Paul Bateson was sentenced to 20 years in prison for the murder of Addison Verrill, but he also allegedly confessed to killing and dismembering six other men in 1970s New York.

When Paul Bateson joined the cast of the 1973 horror classic The Exorcist, he was still just a radiology technician with an affinity for leather bars in Greenwich Village. Only a few years later, however, his late-night outings would turn sinister, resulting in at least one murder in New York City — and perhaps many more.

The Man Behind The Screen

In 1972, director William Friedkin observed an angiogram being performed in the New York University radiology lab while scouting extras for his upcoming film, The Exorcist. When he witnessed the cinematic spray of blood that resulted from the procedure, he knew he had to have it in his movie. He asked all of the medical professionals in the room to act as extras in the film, including radiology technician Paul Bateson.

The Exorcist is supposedly cursed. Nine people connected with the film — including cast, crew, and their close family — died during production or soon after the film release.

Actress Ellen Burstyn narrowly escaped the same fate when she was thrown from a bed during filming, resulting in a permanent spinal injury. Her real scream can be heard in the scene. In a spooky twist, the set for the house caught fire during filming, leaving only the possessed Regan’s bedroom untouched.

And most chilling of all, one of the actors in the film’s most disturbing scene — a scarily accurate angiogram — later became a convicted murderer and suspected serial killer.

“He was the most experienced and he was the best. He taught me an awful lot and I considered him a good friend… I didn’t realize until many years later that he had killed a man. I thought it was bizarre. I just had no idea.”

The Murder of Addison Verrill And The Arrest of Paul Bateson

In the 1970s, Paul Bateson was a gay man living in Borough Park, Brooklyn, commuting to Manhattan for work — and to explore the S&M and leather subcultures of Greenwich Village.

He was also an alcoholic, drinking at least a quart of vodka a day, and couldn’t hold down a job for very long. According to a 1977 interview he did at Rikers Island, Bateson picked up his drinking habit in the army, while stationed in Germany, “because there was not that much to do.”

Then, in September 1977, four years after working on The Exorcist, a man named Addison Verrill was found beaten and stabbed to death in his Greenwich Village apartment. He had been a reporter for Variety and was also a member of the gay community.

When his murder received hardly any attention from the local press, Village Voice journalist Arthur Bell called out the media’s complete apathy toward the lives of gay men. “We’re all aware that there are psychopaths roaming the New York streets,” he wrote, “and they don’t advertise their attentions on their T-shirts. When they zero in on gay men, the sentiment often expressed is, ‘They brought it on themselves.'”

“Each year,” he continued, “there are approximately four ‘sexually oriented’ murders of gay men in the Greenwich Village area. Seldom do the papers report the crimes. Not all of the killers are apprehended. Often witnesses are afraid to speak up because of their closet status.”

Days after Bell’s article was published, he received a call. “I killed Addison,” the anonymous caller said. “Look, I like your story and your writing, but I’m not a psychopath.”

That’s when things took a turn.

“Something hit me,” said the caller. “Addison hadn’t been reciprocal. It wasn’t just the sex act itself that wasn’t reciprocal, it was the soul act, too. I wanted a lasting thing, something that would go beyond sex, into friendship, a lover, or marriage.”

And so the caller “decided to do something I’d never done before.” He went to the kitchen, found a frying pan, and knocked Addison over the head. “Then I went into a drawer at the right-hand side of the kitchen, removed a knife, and stuck it into Addison’s chest. I plunged it too high. I should have stuck it a bit more toward the center, left.”

After he killed Verrill, the man stole $57, a Master Charge card, Verrill’s passport, and some of his clothes. He then left to buy alcohol. 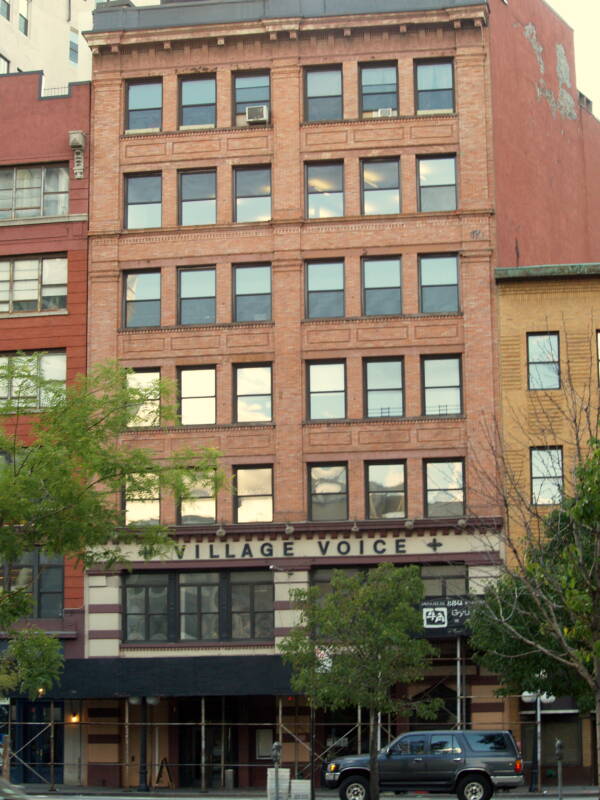 Wikimedia CommonsThe headquarters of the Village Voice, a New York weekly that halted its print publication in 2017.

This was NYPD’s first evidence in the Addison Verrill murder.

Later that same night, Bell got another call. This time, the man on the other end wasn’t the murderer, but someone who knew who he was. He identified the killer as Paul Bateson, an unemployed, alcoholic former X-ray technician. He reported that Bateson had called him to confess as well. “He had to share his experience with somebody,” the caller said.

When the police brought Bateson into custody, he gave a statement similar to the one he gave Bell on the phone. As one detective told Bell, “Everything matches. He also admitted that he phoned you. And he led us to Verrill’s missing passport and credit cards.”

But during his trial in 1979, Paul Bateson claimed that he had been drunk when he gave this confession and that he was not the man who originally called Bell. He maintained his innocence, saying to the judge, “I still contend that I am not guilty of the crimes and I am not the person described by Mr. Hoyt at all. I feel a great loss for Mr. Verrill and I am not at all the type of person as he has described me.”

Judge Goldman, however, sentenced him to 20 years in prison. 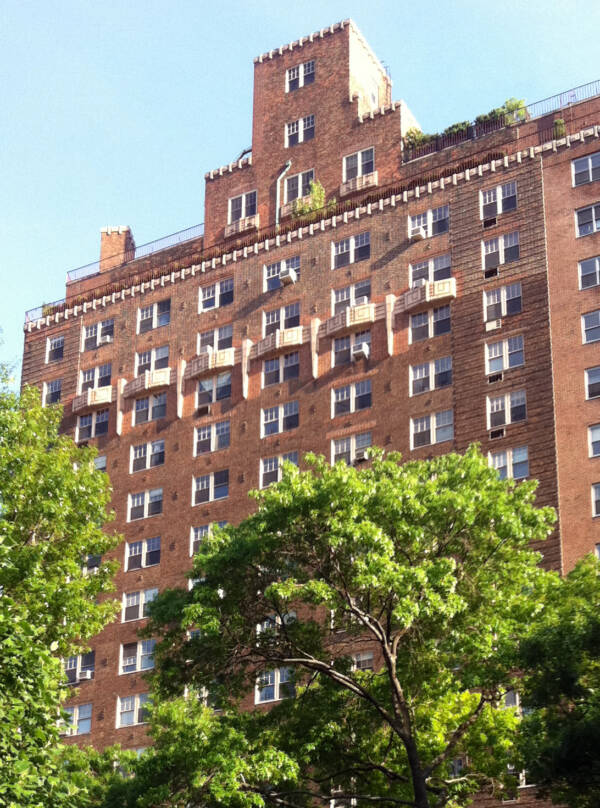 Wikimedia CommonsAddison Verrill was found dead in his 17th-floor studio apartment at 2 Horatio Street in Manhattan.

A Serial Killer In Greenwich Village

During this trial, Paul Bateson came under more suspicion than simply the Addison Verrill murder. As it turned out, there had been quite a few murders of gay men in Greenwich Village in the years leading up to his arrest.

For two years, mutilated and dismembered body parts had been washing up along the Hudson River wrapped in black plastic bags. Police traced some of their recovered clothing to a shop in Greenwich Village that catered to gay men in the leather subculture. Other than that, the bodies could never be identified, nor was a murderer pinpointed.

While in custody, Paul Bateson reportedly bragged to a friend that he had killed and dismembered multiple men. As prosecutor William Hoyt told the judge at Bateson’s sentencing, “He told Mr. Ryan that killing is easy, that getting rid of the bodies is the hard part. He said that he cut up his victims and put the parts in plastic garbage bags to dispose of them.”

But there was no direct evidence connecting Bateson to the murders. The judge concluded that these six additional crimes were “too ephemeral to have any connection to this case.”

The six “bag murders” remain unsolved to this day.

The Lasting Infamy Of Paul Bateson 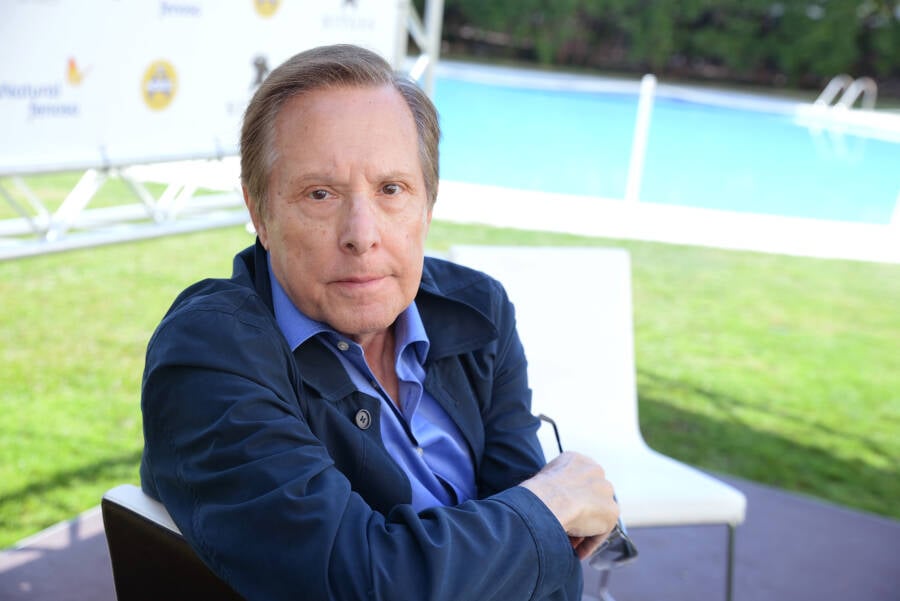 Wikimedia CommonsWilliam Friedkin, seen here in 2017, cast Paul Bateson in The Exorcist in 1973.

When director William Friedkin heard about Paul Bateson’s trial, he went to visit him in jail. According to Friedkin, Bateson said that he had been thinking about confessing to these six murders in exchange for a reduced penalty.

“He said, ‘I remember killing this one guy…I cut him up and I put his body parts in a plastic bag and threw it in the East River,'”
Friedkin recalled Bateson saying, albeit decades after the fact, on The Hollywood Reporter podcast. “Well, this is how they got him. At the bottom of the bag, in very small print that you can’t even read, it said, ‘PROPERTY OF NYU MEDICAL CENTER NEUROPSYCHIATRIC CENTER.’ He said, ‘That’s the only one I remember but they want me to confess to another five or six.'”

This conversation inspired Friedkin’s next film, Cruising, starring Al Pacino. Loosely based on Gerald Walker’s novel of the same name, it’s about a police officer who goes deeply undercover to solve a string of murders of gay men in the West Village in the 1970s.

The film was reviled in the gay community for its conflation of homosexuality and violence. Bell himself wrote that it would surely be “the most oppressive, ugly bigoted look at homosexuality ever presented on screen.” More than 1,000 people marched through Greenwich Village to protest the film’s release. 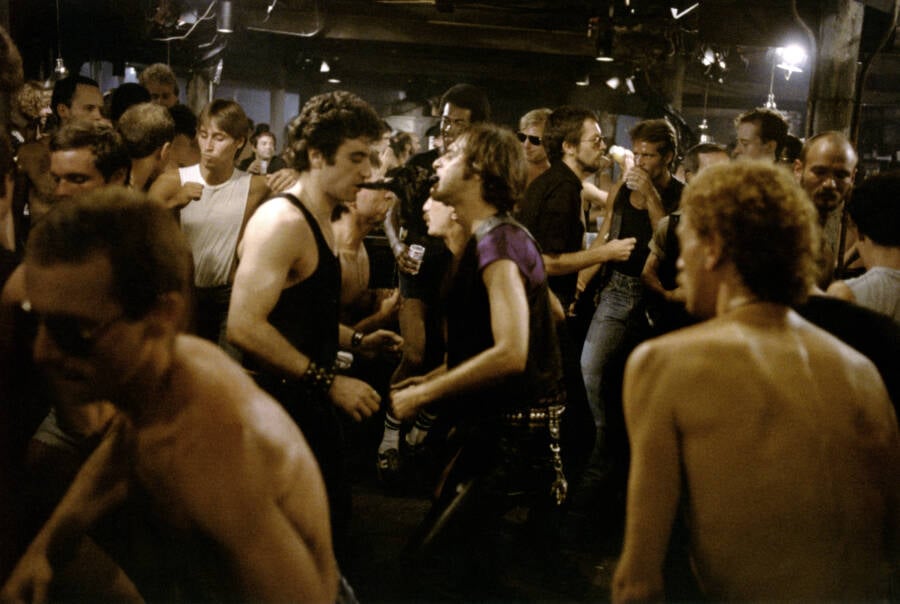 Sunset Boulevard/Getty ImagesAl Pacino in the 1980 film Cruising, which was inspired by Bateson’s case.

The film was released, however — to mixed reviews.

As for Paul Bateson, he was released on parole on August 25, 2003, after serving more than 23 years behind bars. Five years later, his parole ended. He may have passed away in 2012, but no one knows for sure, as he disappeared from the headlines after his trial in 1979.

That is, until 2019, when the Netflix series Mindhunter brought his story back to life. During the sixth episode of the second season, two members of the FBI visit Paul Bateson in prison in order to interview him about his crime — or crimes.

Mindhunter used the case of Paul Bateson in its exploration of serial killers, even though Bateson was never convicted of more than one murder.

In the show, Bateson admits to Verrill’s murder and makes a few profound and disturbing statements, including, “Love is violence. Sex is violence… Every interaction is violence. It’s just a matter of scale.”

But he continues to deny any connection to the bag murders. “They keep trying to get me for those. Gay guy into leather,” he says. “So imaginative.”

Now that you know Paul Bateson about the bizarre connection between The Exorcist and Mindhunter, read about Paul Avery, another journalist who was contacted by a killer. Then learn how serial killer Joel Rifkin terrorized New York and inspired a storyline in Seinfeld.