Prehistoric "sea dragon" unearthed in England, Roman-era coins found by a badger, and the truth about Vikings' helmets. 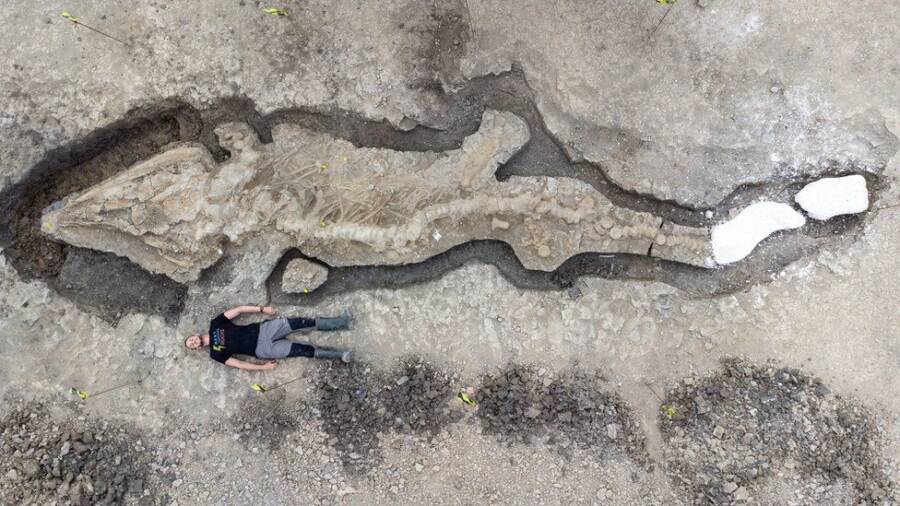 Matthew Power Photography/BBCIts head alone is about twice as heavy as a grizzly bear while its entire body is longer than a school bus.

Enormous predators that swam the seas while the dinosaurs walked the Earth, ichthyosaurs are described as prehistoric mega-dolphins that could swallow up anything in their path. Up until about 90 million years ago, these terrifying apex predators dominated marine environments around the world. Now, researchers in England have uncovered one of the most astonishing ichthyosaur specimens ever found.

Measuring in at 32 feet long with a six-foot skull that weighs one ton on its own, this is the largest ichthyosaur ever discovered in England. As spokeswoman Regan Harris said, “It was just mind blowing. I mean, you kind of couldn’t really believe your eyes when you were looking at it in front of you.”

Learn the full story behind this astonishing find here. 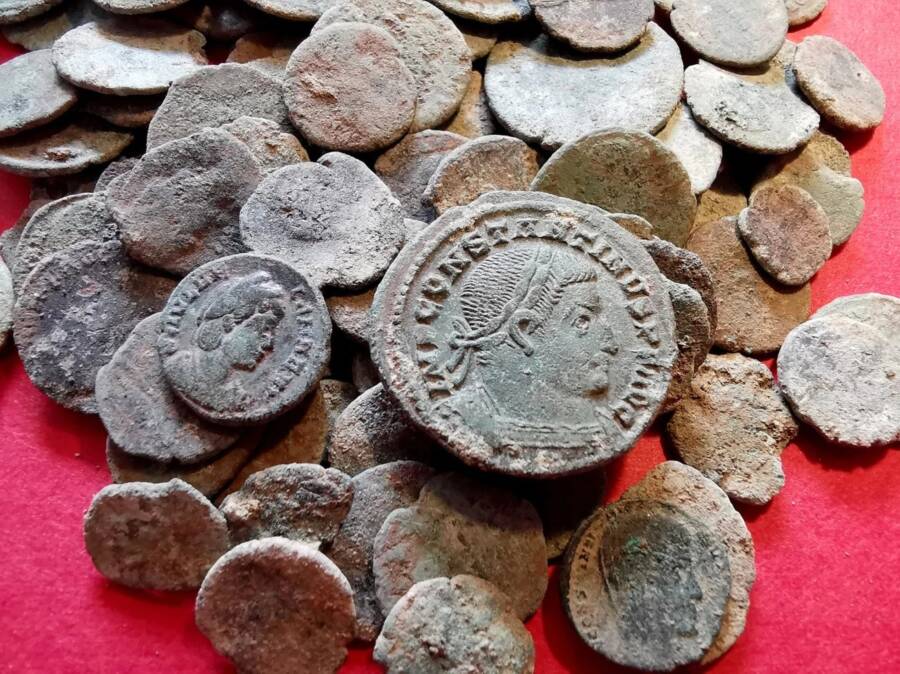 MINISTRY OF CULTURE OF THE PRINCIPALITY OF ASTURIASArcheologists found hundreds of coins and believe the cave may contain even more.

Usually, it’s a skilled archeologist who unearths history’s treasures. But in Spain, it took only a hungry and determined badger to dig up a trove of hundreds of Roman-era coins.

Though the badger was probably disappointed — following an intense snowstorm, it was likely hunting for berries, worms, or insects — archaeologists are delighted by its accidental discovery.

These Horned ‘Viking’ Helmets Are Actually 3,000 Years Old And Come From An Entirely Different Civilization 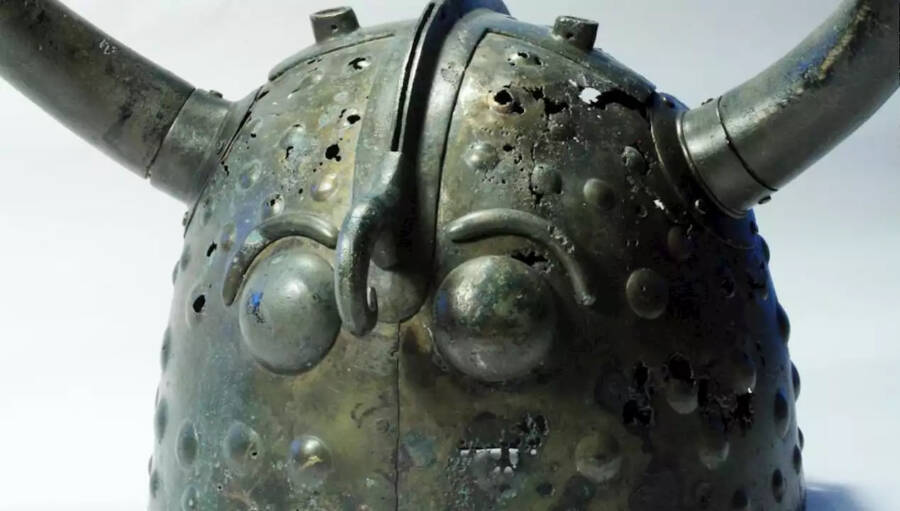 National Museum of DenmarkThe horned helmets had fittings that formerly carried feathers and a horsehair mane.

For longer than living memory, horned helmets have dominated the popular image of the Vikings. But new research shows that this daunting headgear predated the Norse warriors by nearly 2,000 years — and that the Vikings likely never wore horned helmets at all.

The tie between horned helmets and Vikings was already so firm that when a peat cutter unearthed a pair of them from a bog in 1942, they were assumed to be from the Viking era, which began around 800 A.D.

But this assumption was only held in the popular sphere, as scholars soon dated them to the Nordic Bronze Age between 1750 and 500 B.C. Only recently, however, have scientists established a more precise date.