The wallet contained his Navy ID, pocket instructions for what to do in the event of an atomic bombing, and a recipe for homemade Kahlua. 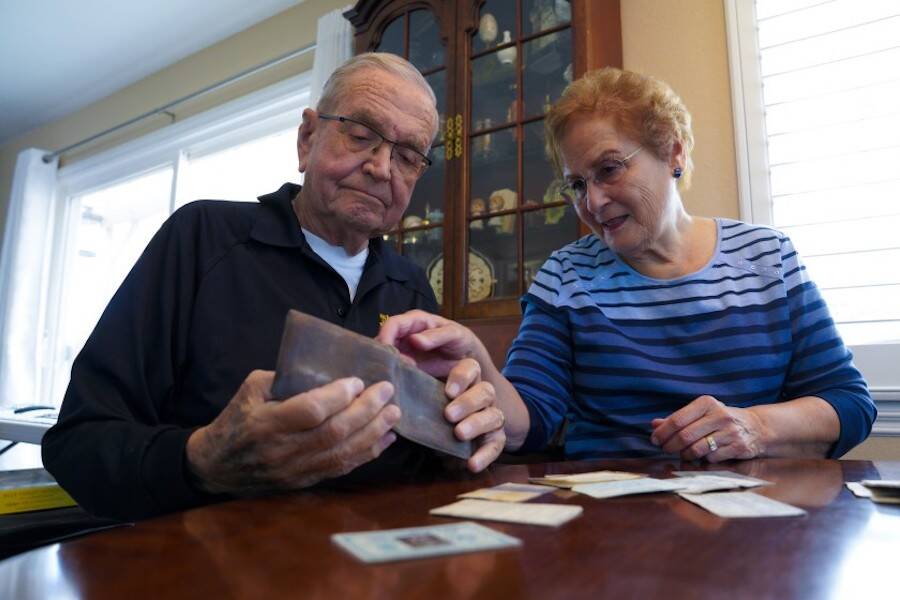 After a 13-month stint working at a science station in Antarctica in 1967, Navy meteorologist Paul Grisham mistakenly left his wallet behind — and it was just returned to him.

According to The San Diego Union-Tribune, 91-year-old Paul Grisham was reunited with his billfold after it was discovered wedged behind a locker in McMurdo Station, a United States Antarctic research station. 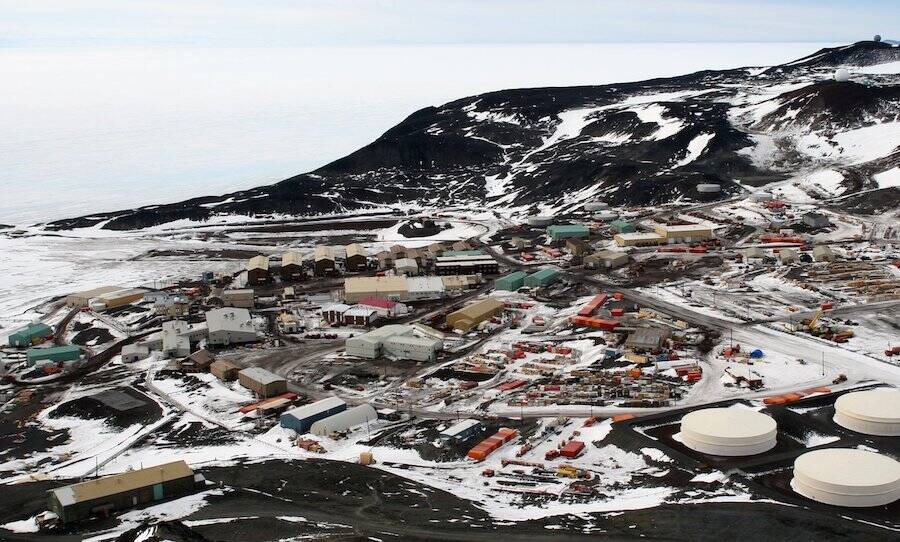 Wikimedia CommonsGrisham’s wallet was found behind a locker after the demolition of a building at McMurdo Station (pictured here).

The building is located on Ross Island and was in the process of being blown up and torn down when workers stumbled upon the wallet in 2014. They were shocked to discover Grisham’s Navy ID, a tax statement, and a recipe for homemade Kahlua inside. The wallet also contained pocket instructions for how to respond to an atomic, biological, or chemical weapons attack.

One of the men involved in the demolition contacted his former employee, a man named Stephen Decato who has a penchant for returning lost items to veterans. In fact, Decato, his daughter Sarah Lindbergh, and veteran Air Force pilot Bruce McKee have made it their mission to return items like this to Navy families. Even though it took them six years to return the wallet, Grisham is their third success story.

“I was just blown away,” Grisham said. “There was a long series of people involved who tracked me down and ran me to ground.”

Decato began returning items to veterans after he found a personal Navy ID bracelet for sale at a shop. He was so downtrodden by the fact that someone just carelessly sold it that he purchased the item and tracked its owner down with his daughter. That’s how they met McKee, who ran a veterans tribute page on Facebook.

In order to find Grisham, McKee called the Naval Weather Service Association (NWSA) for help in locating the employees who worked at the station 53 years ago. The NWSA eventually found Grisham in their membership database. 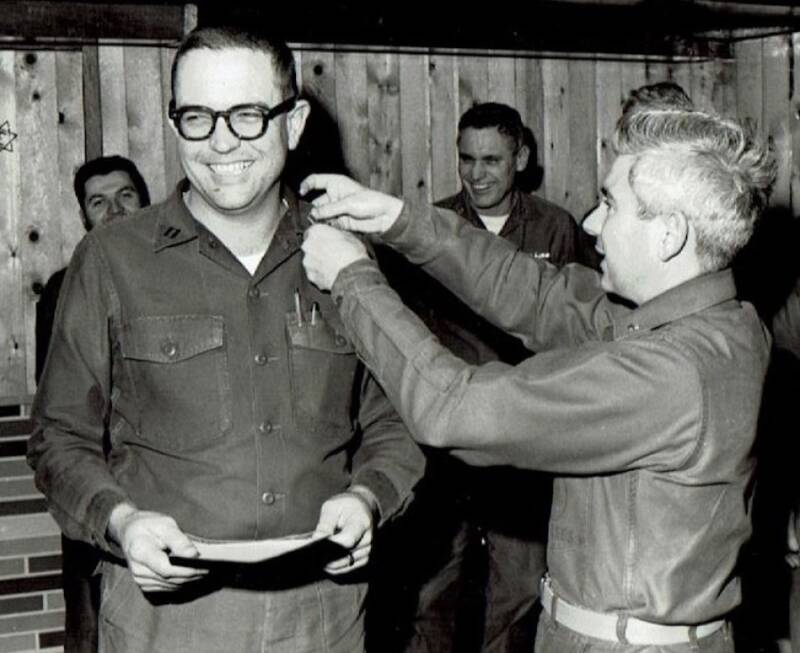 TwitterGrisham becoming a lieutenant while stationed in Antarctica.

Grisham enlisted in the Navy in 1948 and climbed his way up from weather technician to forecaster before being promoted to lieutenant while stationed in Antarctica between 1967 and 1968. His work took him from Guam and Hawaii to Japan and saw him work and live aboard two aircraft carriers stationed in the Pacific. Grisham was also in Vietnam in April 1975 when Saigon fell to the Americans.

What Grisham remembers most from his time on “The Ice,” — what he calls Antarctica — meanwhile, was the relentless cold. The winter days were typically in the minus 65-degree range. For a man raised in Douglas, Arizona, that was naturally quite a shock.

“I went down there kicking and screaming,” he said of his assignment to Antarctica. “Let me just say this, if I took a can of soda pop and set it outside on the step, if I didn’t retrieve it in 14 minutes it would pop open because it had frozen.”

While there were up to 1,100 workers at the station during the summer Grisham was there, around 1,000 of them left for warmer pastures when winter rolled around. The food was canned during that season, with boredom and desolation leading to nights of chess, cards, and backgammon. He was happy to end his tenure there, to say the least. 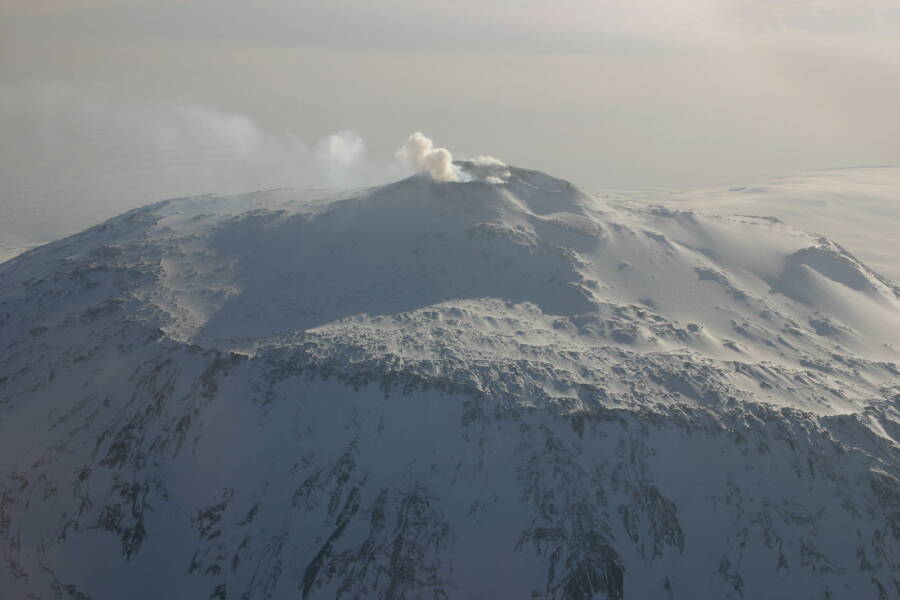 Wikimedia CommonsGrisham worked at a facility on Ross Island, which hosts the active Mount Erebus volcano

After retiring from the Navy in 1977, Grisham and his wife Wilma lived quietly in Monterey, California. She died in 2000, a year before Grisham met his second wife Carole Salazar who lost her own spouse in 1995. By 2003, the two were married and now share four adult children between them. They live in San Carlos, California.

As for the team that returned Grisham’s wallet, they say they are proud of their work and moved by the people they meet doing it.

“I have a deep love for those that serve and their stories,” said McKee. “Something such as an old wallet can mean so much to someone with the memories that item holds.”

Lindbergh added, “It was a feel-good thing to do and both my dad and I have gone to bed thinking that another family was as happy as we are.”

After reading about the San Diego man who was reunited with his wallet that was lost in Antarctica 53 years ago, learn about the Jim Twins, who were reunited after being separated at birth. Then, read about the balmy 77-degree oasis found in Antarctica.