‘Pecunia Non Olet’: How A Roman Emperor Revived The Government With A Urine Tax

"Pecunia non olet" — or "money doesn't stink" — is a phrase ascribed to the Roman emperor Vespasian, who in 70 A.D. imposed a urine tax. 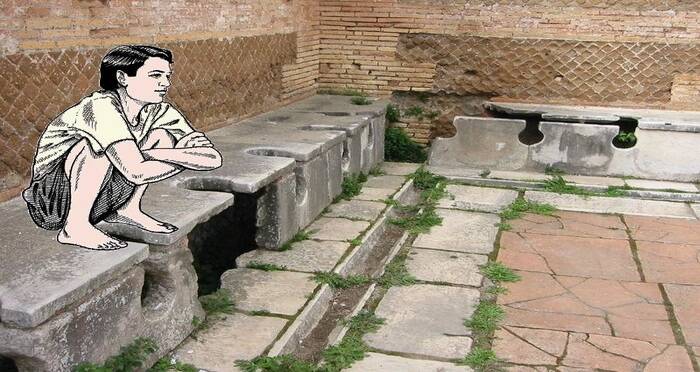 Pecunia non olet — meaning “money does not stink” or “money is not tainted” — is a famous phrase attributed to the Roman emperor Vespasian. The meaning behind the words is fairly simple: it doesn’t matter how you got your money, because it all has the same value.

But you may be surprised to learn exactly how this phrase came about. According to historical records, Vespasian was in desperate need of cash for the imperial coffers, so he taxed pretty much everything in sight.

This even meant taxing human urine collected from public toilets. But how did this work? And how did it lead to the popular saying?

Year Of The Four Emperors 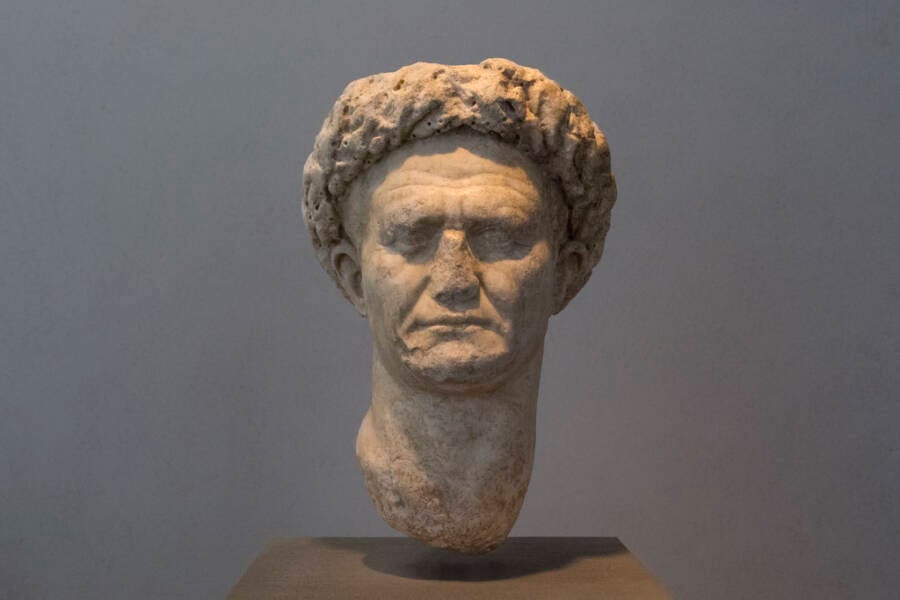 The suicide of emperor Nero in 68 A.D. brought an abrupt end of the Julio-Claudian dynasty that had reigned since Augustus, the man who transformed Rome from a republic into an empire.

With no surviving children or designated heirs, Nero’s passing caused a power vacuum. Unsurprisingly, prominent Roman politicians and generals took advantage of the situation, fighting for the imperial throne.

In what historians have come to call the Year of the Four Emperors, 68-69 A.D. saw four powerful Romans lay claim to the title of emperor. This resulted in a civil war with four men ruling in short succession: Galba, Otho, Vitellius, and finally Vespasian.

Having defeated the forces of the last claimant, Vespasian took power and proclaimed a new Flavian dynasty, which would later include his sons Titus and Domitian.

Unlike the emperors before him, Titus Flavius Vespasianus, better known as Vespasian, did not hail from a noble family. Instead, he entered military service and rose through the ranks largely on his own merit.

According to the ancient Roman historian Suetonius, Vespasian never forgot where he came from: at religious festivals, he would always drink from a little silver cup that belonged to his grandmother, and he refused to let anyone modify the small country home where he grew up.

But regardless of his humble beginnings, Vespasian had a big problem: the imperial treasury was all but depleted from war and Nero’s excessive expenditures.

In a way, the solution for Vespasian’s money woes came naturally, since his own father was a tax collector. So he increased taxes all over the empire.

Historian Cassius Dio noted that Vespasian even levied heavy duties on Alexandria, Egypt, despite its citizens’ support for his imperial bid. 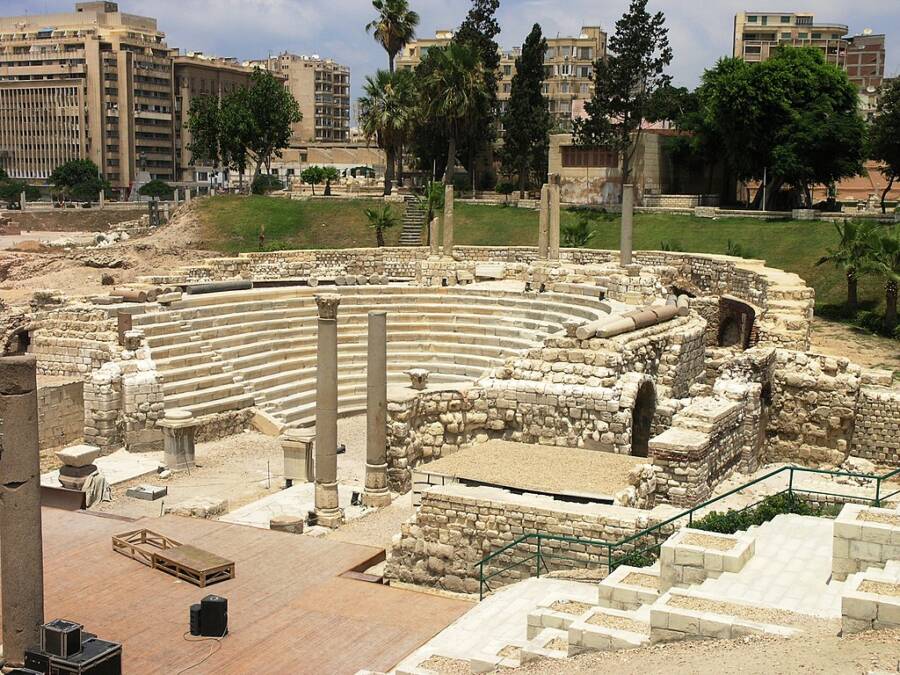 “In the first place, he collected large sums from them in various ways, overlooking no source, however trivial or however reprehensible it might be, but drawing upon every source, sacred and profane alike, from which money could be secured.”

But it was still not enough. So Vespasian started to introduce new — and novel, and perhaps unexpected — taxes. One peculiar item Vespasian decided to tax was human urine collected from public toilets.

Although the previous emperor, Nero, was the first to implement this levy, he had rescinded it after a short period. In 70 A.D., Vespasian brought it back. It would be a major aspect of his money-collecting efforts.

But why would he want to tax urine? After all, what practical use could it have, that someone would want to buy it? And how did it lead to the phrase Pecunia non olet?

Urine: A Most Useful Substance In Ancient Rome

As it turns out, human piss had plenty of uses in Ancient Rome. For starters, it was widely used to wash dirty clothes.

Ancient Roman “fullers” washed laundry for a living. But they did not have soap. Instead, they resorted to a common commodity — urine — to clean dirty clothes.

This is because urine contained urea, which, after 24 hours or so, transforms into ammonia. Ammonia, in turn, is excellent at removing dirt and grease from dirt Roman togas, and making white colors whiter and bright ones brighter.

“As a base, ammonia is a useful cleanser because dirt and grease — which are slightly acidic — get neutralized by the ammonia. Even though early Europeans knew about soap, many launderers preferred to use urine for its ammonia to get tough stains out of cloth.”

But that wasn’t the only use for urine. In addition to being an excellent cleaning agent, it was also used by tanners to produce leather. Typically, animal hides would be soaked in urine to remove hair, and then feces — yes, feces — would be rubbed into the skin to soften it.

These same properties also meant that urine had uses in the textile industry, such as bleaching wool.

But that wasn’t even the most surprising use of human waste. Many Romans even used urine to whiten their teeth and help formulate a makeshift toothpaste, a practice that was in fact followed by many cultures around the world. 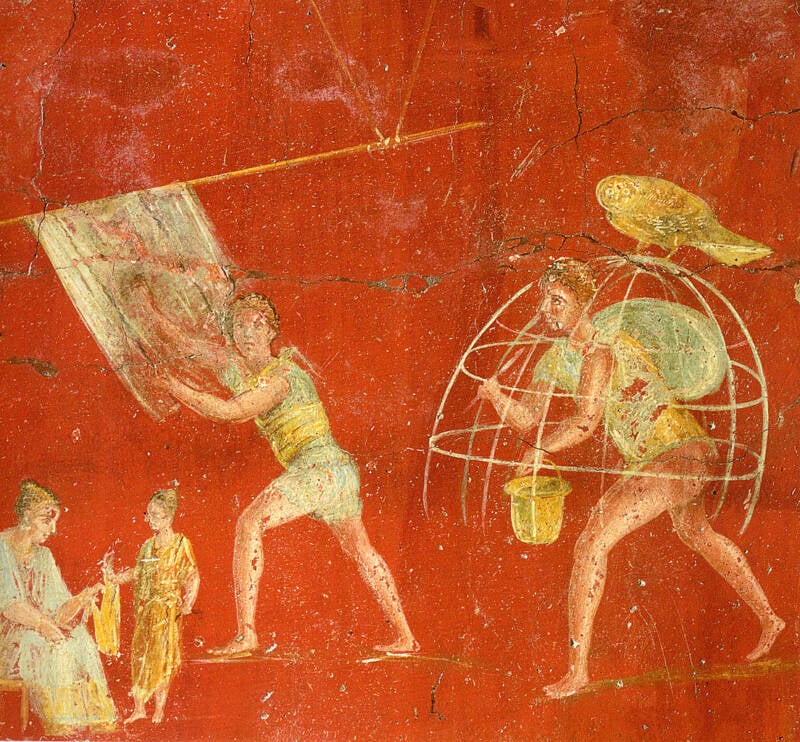 So urine was a hot commodity in Ancient Rome. Rut how did Vespasian’s tax work?

While we don’t quite know nitty gritty logistics of Ancient Roman urine collection, scholars believe this process involved the collection of urine from individual toilets and its pouring into public vats. According to one theory, communal jars throughout Rome would be filled to the brim with urine and later collected by fullers.

Historians are not entirely sure whether it was only the fullers and tanners — or others who used urine for their work – who had to pay the urine tax, or whether it was a universal tax.

The sheer quantity and necessity of urine meant that taxing it could yield big profits. 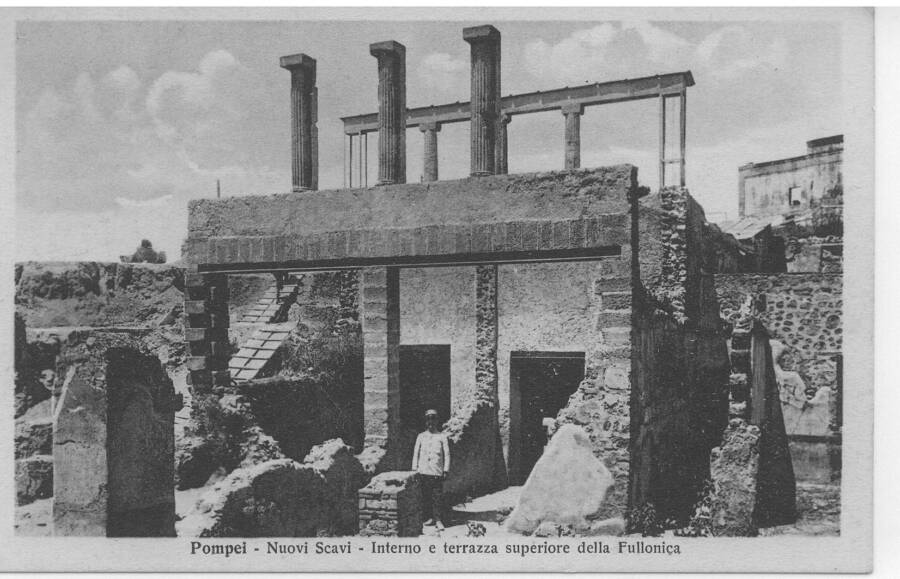 Wikimedia CommonsThe remains of a fuller’s operation in Pompeii.

While the urine tax certainly helped Vespasian fund Rome’s imperial coffers, some people were against the idea. Most famously, Vespasian’s eldest son and future emperor Titus openly expressed his disgust.

According to Roman historians Dio and Suetonius, when Titus complained about the tax to his father, Vespasian asked him to smell a bunch of coins and tell him whether they stank. When Titus replied in the negative, his father quipped, “Yet it comes from urine.”

By this remark, Vespasian meant that even if the item taxed — urine — reeked, the income it would generate for the state had no scent. Therefore, the levy was more than worth it.

Since that time, the phrase has been used to promote the idea that the value of money is not tainted by where it came from.

Aside from producing a famous phrase and funding the Roman treasury, Vespasian’s urine tax also had some effects on modern European language. Most notably, in Italian, old-fashioned public urinals are called vespasianos. In France, they’re called vespasiennes.

But despite the humorous origins of these terms, we can’t argue that Vespasian’s tax didn’t work. According to historical records, Vespasian is said to have left the Roman treasury full of money for his heirs.

After reading about Ancient Rome’s urine tax, learn about the Roman emperor Commodus, a paranoid megalomaniac immortalized in the film Gladiator. Then, these little-known facts about Ancient Rome will change the way you view history.