"Pee Wee" Gaskins took to violence as early as age 11, when he and a group of friends burglarized, assaulted, and raped their neighbors.

In the late 1970s, Pee Wee Gaskins was considered the most prolific serial killer in South Carolina’s history. But by the looks of him, Gaskins didn’t seem like a cold-hearted murderer.

At just five-foot-five and 130 pounds, it seemed unbelievable that he managed to brutally murder at least 15 men, women, and children.

But investigators found that Gaskins was fueled by an intense hatred that he harbored mostly for young women from an early age. They believed that this hatred stemmed from his home life, where his stepfather beat him and his mother looked the other way.

Though his early crimes as a teenager were less severe, he quickly graduated from burglary to assaulting children, bludgeoning random victims, and even raping a toddler.

When he was finally caught nearly a decade later, not even maximum security prison could curb his bloodlust, as just hours before his execution, Gaskins managed to murder an inmate with explosives.

This is the disturbing true story of Donald “Pee Wee” Gaskins. 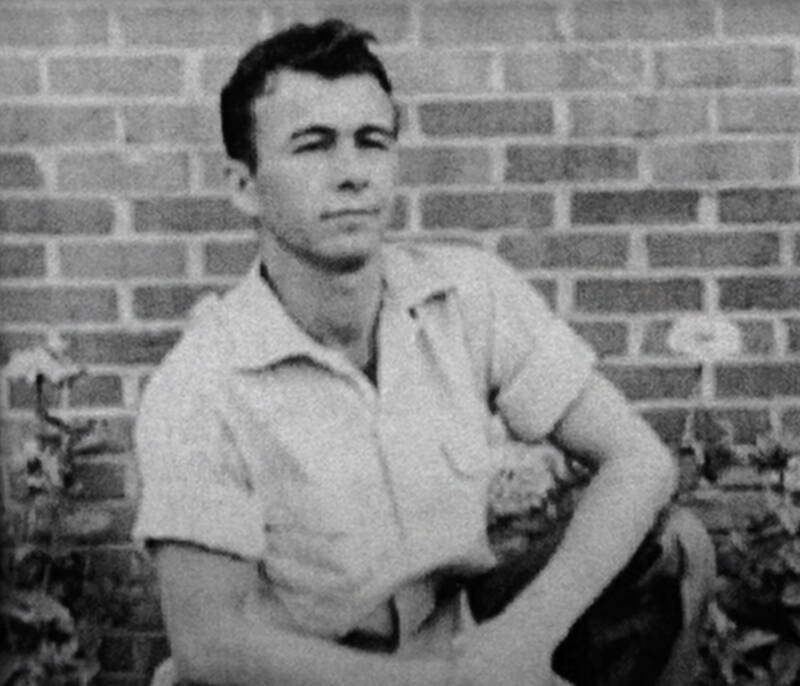 His mother took little interest in him, and when he was just a year old, he accidentally drank some kerosene, from which he suffered intermittent convulsions for years thereafter. Later, he would reportedly try to blame his crimes on this unfortunate incident.

Gaskins also reportedly never knew his real father and was physically abused by his mother’s various lovers. In fact, Gaskins was so neglected as a child that the first time he learned his given name was in court for a string of rapes and assaults he and his friends committed as preteens.

Nicknamed “Pee Wee” due to his tiny stature, Gaskins was bullied routinely and dropped out of school when he was just 11 years old.

“My daddy was a bad boy when he was little, my grandma said he was always doing something he wasn’t supposed to do,” said Gaskins’ daughter Shirley. “He used to get whippings a lot.”

A “bad boy” hardly encompasses just how troublesome Gaskins was as a child. He started working part-time at a local garage where he met two fellow dropouts with whom he formed a gang called “The Trouble Trio.” The moniker described the series of burglaries, assaults, and rapes that the three committed together. They sometimes even raped little boys.

At 13, Gaskins allegedly graduated from rape to attempted murder. While robbing a home, a young girl walked in and caught him stealing. Gaskins cracked her over the head with an ax and left her to die. But she survived and easily identified Gaskins.

He was consequently found guilty of assault with a deadly weapon and intent to kill and was sent to a reform school on June 18, 1946, where he was expected to remain until he turned 18.

Shortly after he was incarcerated, he was gang-raped by 20 boys — and agreed to sexually service the dorm’s “Boss Boy” in exchange for protection. Gaskins repeatedly tried to escape the reform school. Of all his attempts, he was only successful one time.

During this escape, he married a 13-year-old girl and then turned himself into the authorities to finish his sentence. He was freed on his 18th birthday.

The Crime Spree Continues And Devolves Into Murder 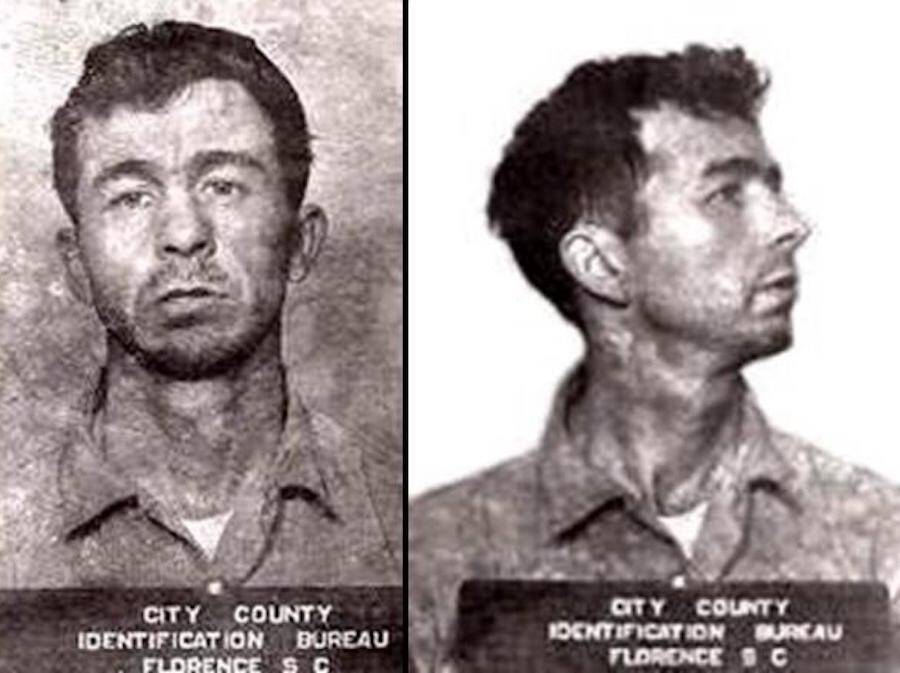 Florence County Sheriff’s OfficeGaskins spent 20 years in and out of prison before finally being sentenced to death.

Gaskins first found employment on a local tobacco farm, where he quickly developed a scheme of stealing the crop and selling it on the side, as well as burning down the barns of others for a fee so that they could collect insurance.

But when a teenage girl mocked Gaskins for this gig, he split her skull open with a hammer. Gaskins was consequently sent away to the South Carolina State Penitentiary, where he was reportedly sexually enslaved by a gang leader. But Gaskins violently put an end to this when he slit a feared inmate’s throat and earned everyone’s respect.

Yet, he was convicted of manslaughter and spent six months in solitary confinement. He spent the next 20 years in and out of prison, escaping numerous times only to be re-apprehended. 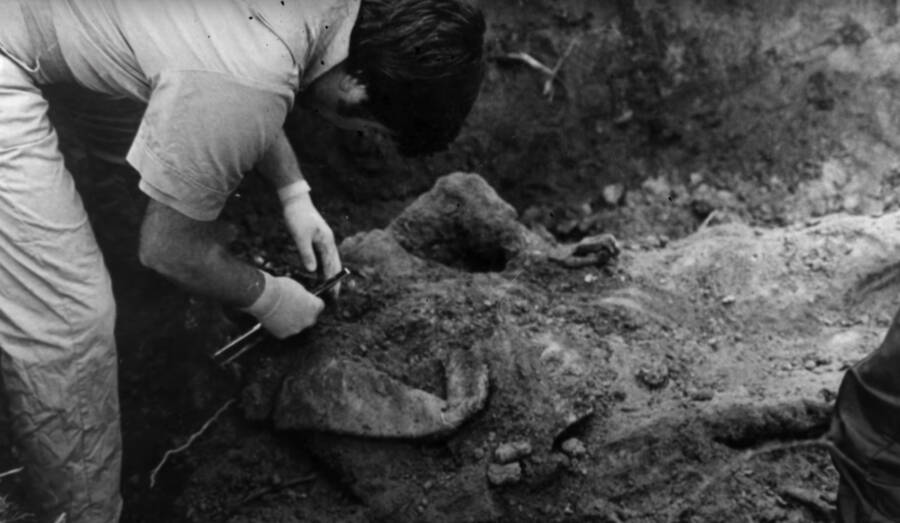 Florence County Sheriff’s OfficeAuthorities found six of Gaskins’ victims buried in one location and two in another.

For years, Gaskin mused over what he called “them aggravated and bothersome feelings,” for which he found grisly outlets. As in September 1969, after serving six years in prison for statutory rape, when Gaskins embarked on his worst murder spree yet.

That same year, Gaskins picked up a female hitchhiker. He propositioned her for sex and when she laughed him off, he beat her unconscious. He then sodomized her, during which he realized how much he enjoyed prolonging her torture. Though he would subsequently keep his victims alive for days, he sank this first one into a swamp.

Gaskins later described this first brutal murder as “a vision” into the “bothersome feelings” that haunted him throughout his life thus far. 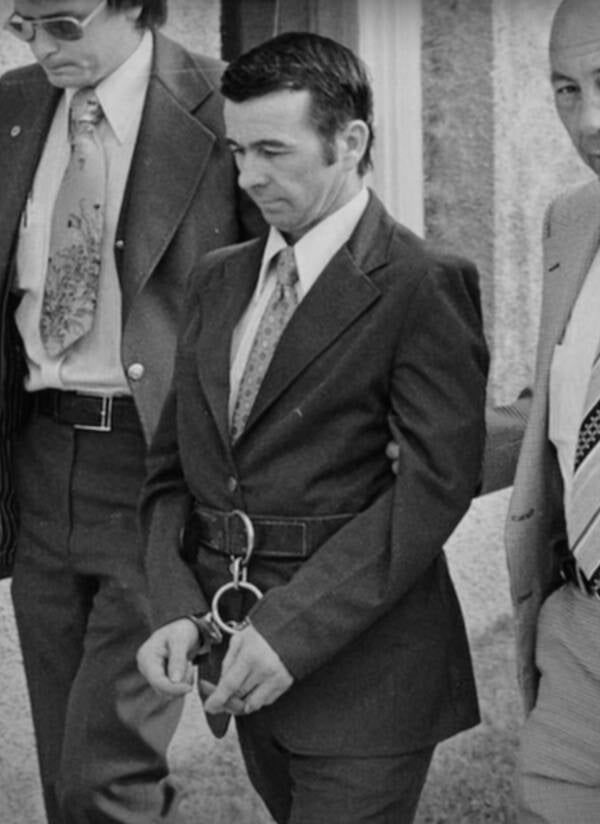 YouTubeGaskins was 5’4″ and weighed around 130 pounds, making him a target in prison before he established himself as a ruthless killer.

The following year in November 1970, Gaskins raped and murdered his 15-year-old niece, Janice Kirby, and her friend Patricia Alsobrook.

Though people started disappearing, it took years for Gaskins to become a suspect. By 1973, Gaskins had been viewed as a strange but harmless resident of Prospect, South Carolina — despite his purchasing a hearse. It even had a sticker on the back that read “We haul anything, living or dead,” but not even his public boasting of having his own private cemetery was taken seriously.

According to his own account, by 1975, Gaskins had murdered upwards of 80 people he met along the South Carolina highway. He even raped a two-year-old child after drowning its pregnant mother. But when 13-year-old Kim Ghelkins vanished that year, authorities first caught the scent of Gaskins.

Prior to her disappearance, Ghelkins had told people around town that she knew Gaskins. He lured her out to the country on the pretense of taking a “vacation” together, but instead, he raped and tortured her.

The Killer Is Finally Caught 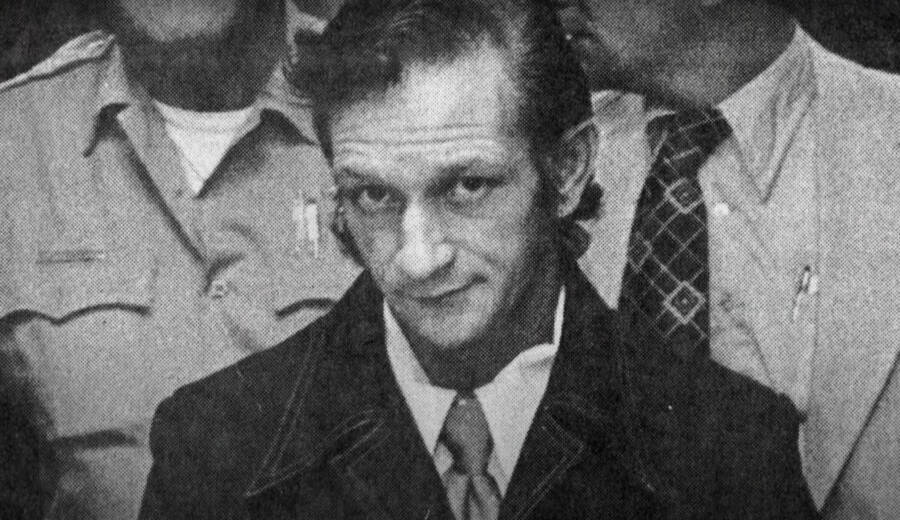 YouTubeEx-convict Walter Neely, who led police to the burial site of Gaskins’ victims.

Gaskins was finally caught when his lackey, an ex-con named Walter Neely who helped him to disappear bodies, led police to the corpses of eight of Gaskins’ victims. On April 26, 1976, he was finally arrested.

While he later confessed to the seven other murders, Gaskins claimed he had committed up to 90 others. He explained that some of these were random hitchhikers while others were professional hit jobs.

“There are quite a few bodies that have never been mentioned,” he told the judge,” but you’ve got enough for now.”

Authorities were unable to substantiate these claims and believed Gaskins was merely trying to brag. But his daughter, Shirley, remains confident that her father was telling the truth.
Charged with eight counts of murder, Gaskins was found guilty of the first on May 24, 1976, and sentenced to death. 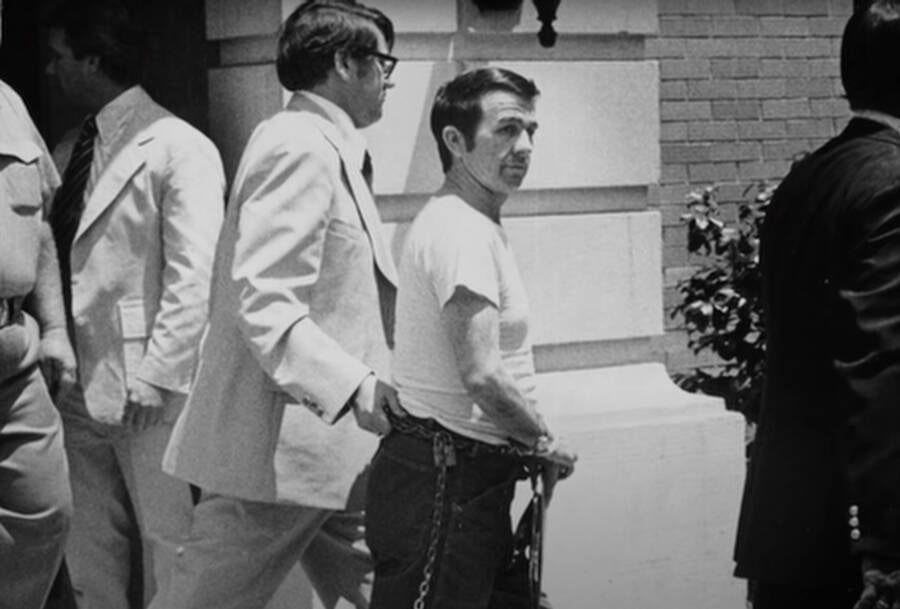 YouTubeGaskins claimed to have killed at least 90 people.

Though the death penalty was reinstated in 1978, Gaskins was destined to live out the rest of his life behind bars. Then, he accepted a hit job to be taken out on a fellow inmate, and he was found guilty of murder yet again.

Rudolph Tyner was incarcerated for murdering an elderly couple. The couple’s son, eager to see him dead, hired Gaskins to finish the job. Tyner was being kept in solitary confinement, however, which made matters a bit difficult. Gaskins tried to poison him first, but Tyner always vomited the food back up.

“I came up with something, he can’t be no damn making sick on it,” Gaskins told his accomplice on the phone. “I need one electric cap and as much of a stick of damned dynamite as you can get.” 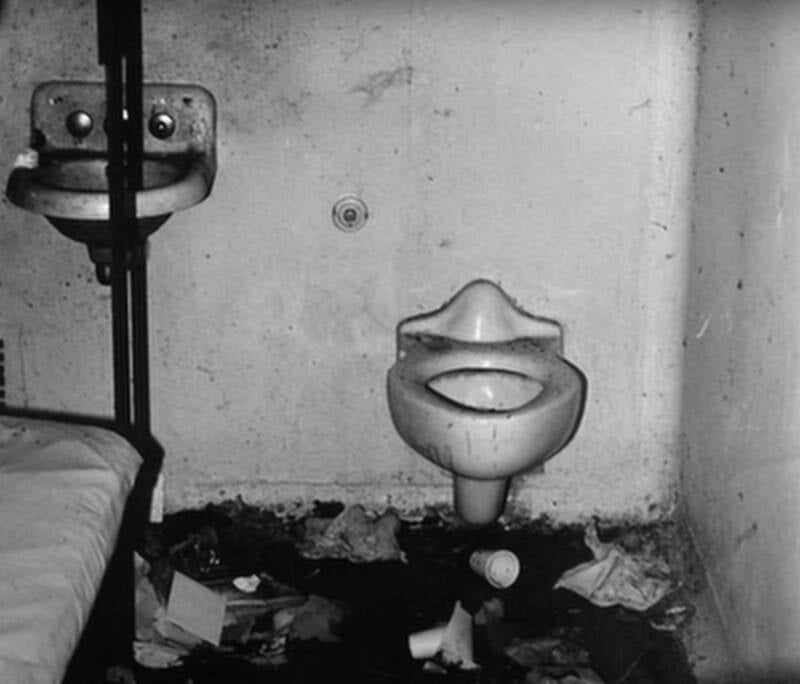 After garnering Tyner’s trust, Gaskins managed to rig a radio with explosives and convince him that this would allow them to communicate from cell to cell. Instead, the dynamite blew Tyner to pieces — and earned Gaskins a death sentence.

Investigators only had to review Gaskins’ prison calls to get the evidence they needed that brought him to the electric chair.

“I’ll take a damned radio and rig it into a bomb,” Gaskins said, “and when he plugs that son of a bitch up, it will blow him on into hell.”

Gaskins was almost spared the electric chair when on the night before his execution, he tried to take matters into his own hands and slashed his wrists. It took 20 stitches to repair him for the electric chair.

He was executed on Sept. 6, 1991. It’s possible that dozens of his victims still remain bogged down and decomposed in South Carolina marshes.

The life of Donald “Pee Wee” Gaskins was one rooted in abuse, trauma, and neglect, and he fostered endless wrath against those he believed had wronged him.

After learning about the life and crimes of serial killer Donald “Pee Wee” Gaskins, read about 11 prolific serial killers most people have never heard of. Then, learn about serial killer Edmund Kemper.