The already endangered carnivorous plant Nepenthes bokorensis, also known as the "penis flytrap," could be driven to extinction if tourists keep using them for selfie opportunities. 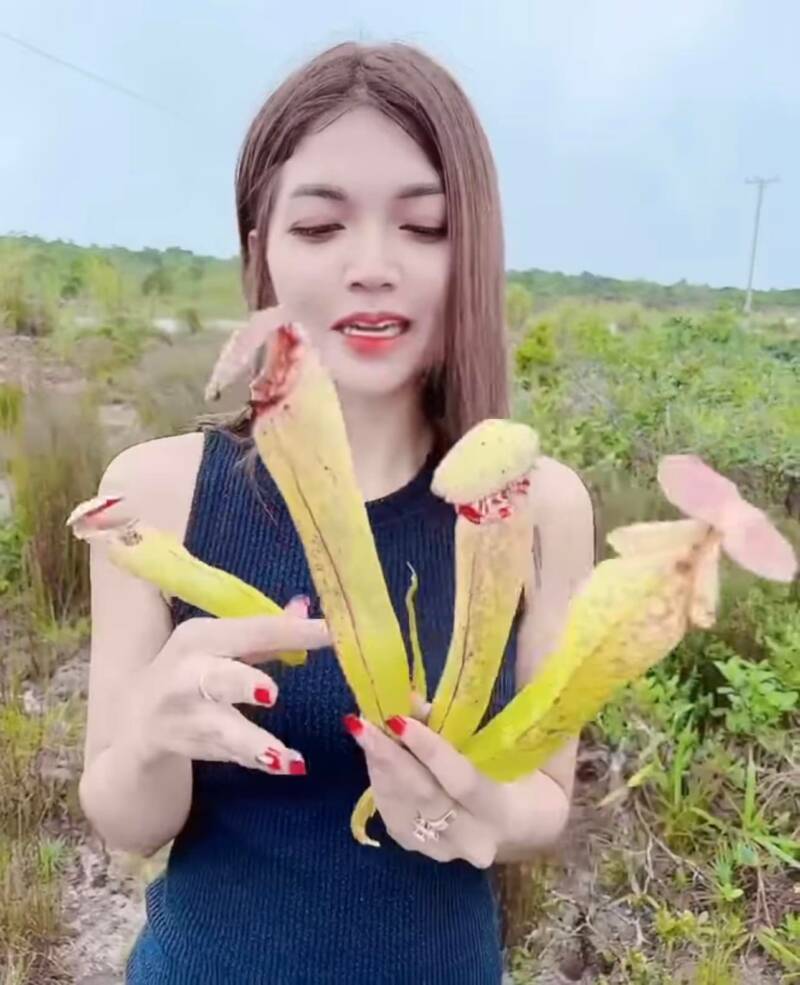 FacebookThe Cambodian government is asking people to stop making bouquets of the phallic-shaped plants like this.

On Facebook, the Cambodian government recently put out an odd — but urgent — request. After seeing photos of young women posing on social media with these ultra-rare, phallic-shaped plants, the Ministry of Environment has asked them to please, please stop.

“What they are doing is wrong and please don’t do it again in the future!” the Ministry wrote on Facebook. “Thank you for loving natural resources, but don’t harvest so it goes to waste!”

The plants in question are Nepenthes bokorensis, a pitcher plant sometimes called “penis plants” or “penis flytraps.” Sometimes confused with Nepenthes holdenii, an even rarer plant that also grows in Cambodia, they’re primarily found along southwest mountain ranges and are “critically endangered,” according to the Cambodian Journal of Natural History. 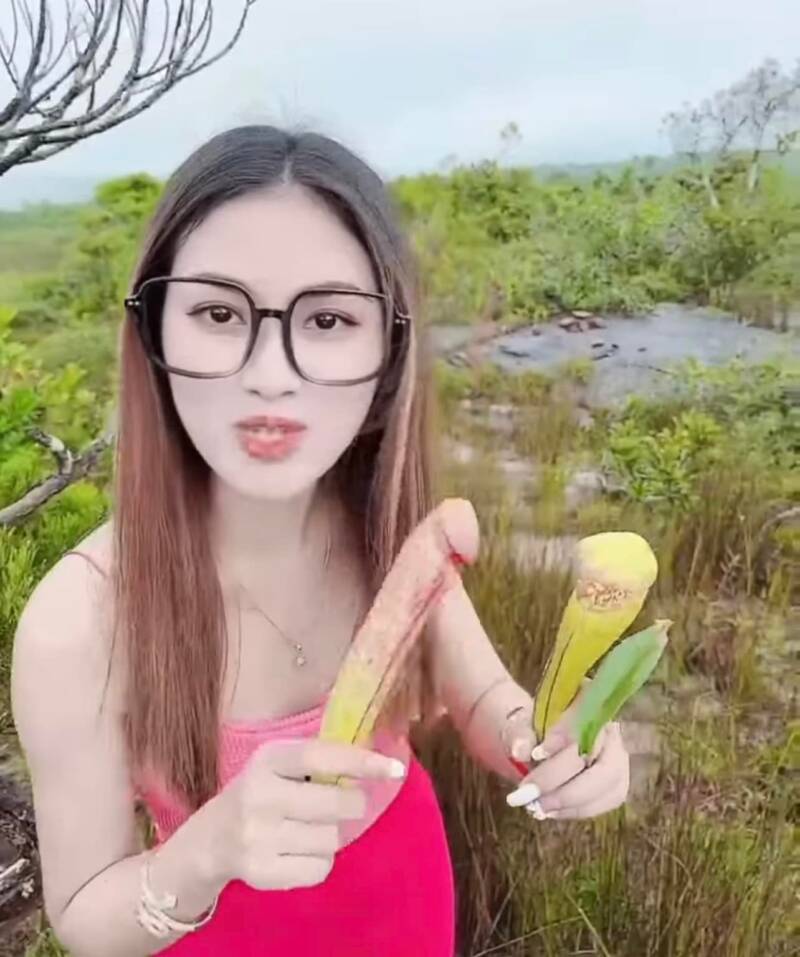 FacebookThe plants are critically endangered, so picking them is especially harmful.

The plants have a “fun” appearance, François Mey, a botanical illustrator, told Live Science. But picking them is incredibly damaging to their survival.

“If people are interested, even in a funny way, to pose, to make selfies with the plants, it’s fine,” he said. “Just do not pick the pitchers because it weakens the plant, because the plant needs these pitchers to feed.”

Indeed, the pitchers are crucial to the plants’ survival. Since they live in low-nutrient soil, N. bokorensis consumes insects to live. A sweet-smelling nectar inside the pitcher draws the prey in. Then, the prey drowns in the plants’ digestive fluids.

According to The Independent, the plants are struggling to survive even without tourists picking them. Their natural habitat has been severely reduced by private construction, farmlands, and the tourism industry. In fact, the Cambodian government put out a similar plea last year when “a small number of tourists” were caught picking N. bokorensis in July 2021.

“There are still a small number of tourists who do not properly respect the rules of environmental hygiene and sometimes pick some flowers … which are endangered species to take pictures to show their love,” the Ministry of Environment wrote in a statement.

“[I]f you love and admire these beautiful plants, you should [leave] them on the trees so that other tourists can see for the beauty of [this] biodiversity.” 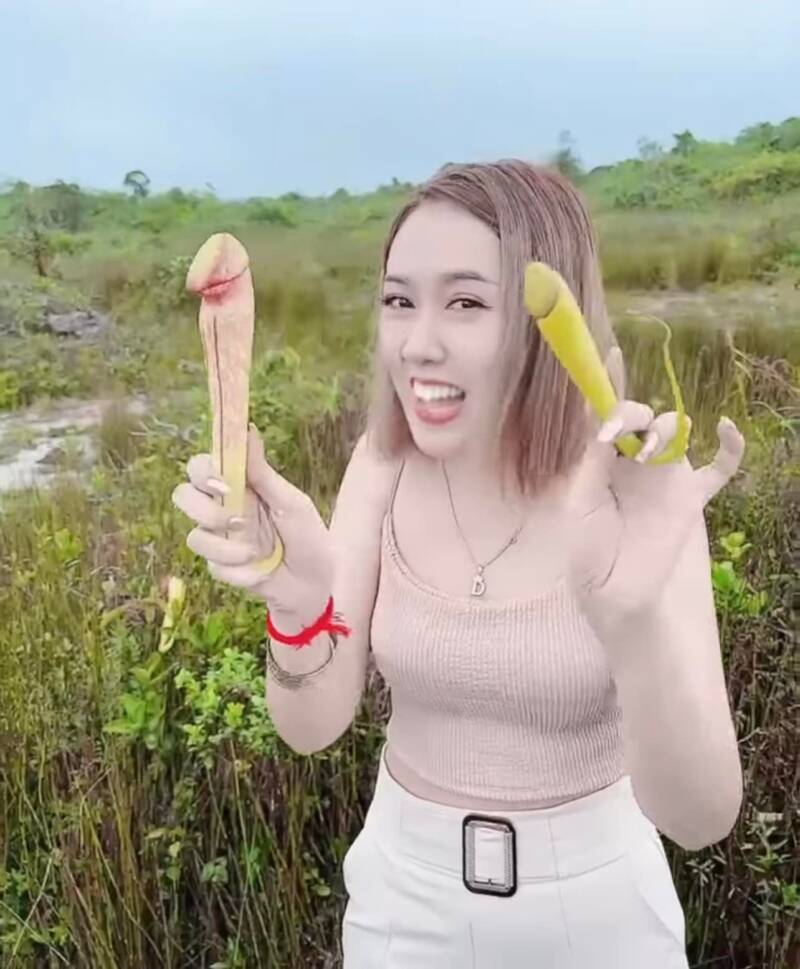 N. bokorensis isn’t the only penis-shaped plant to garner attention in recent years, however. In October 2021, crowds flocked to the Leiden Hortus Botanicus in the Netherlands to witness the blooming of amorphophallus decus-silvae, a “penis plant” that rarely blooms and has the pleasant odor of “rotting flesh.”

He added, “With a little imagination you can indeed see a penis in the plant. It has in fact a long stem and on top is a typical arum with veins. And then in the center there is a thick white spadix.”

As such, it seems that penis plants are a constant source of fascination all over the world. But when it comes to the penis plants of Cambodia, like N. bokorensis, the government has just one, simple request.

You can look — you can even take a funny picture — but please, don’t pick these phallic-shaped plants.

After reading about how the Cambodian government is asking people to stop picking penis plants, look through this list of cool carnivorous plants. Or, discover the horrifying truth about how plants’ defense mechanisms respond to being eaten.