Three Men Charged With Over 1,400 Counts Of Bestiality In Pennsylvania

The trio were charged with over 1,400 counts of sexual intercourse with animals and are also accused of endangering the welfare of children. 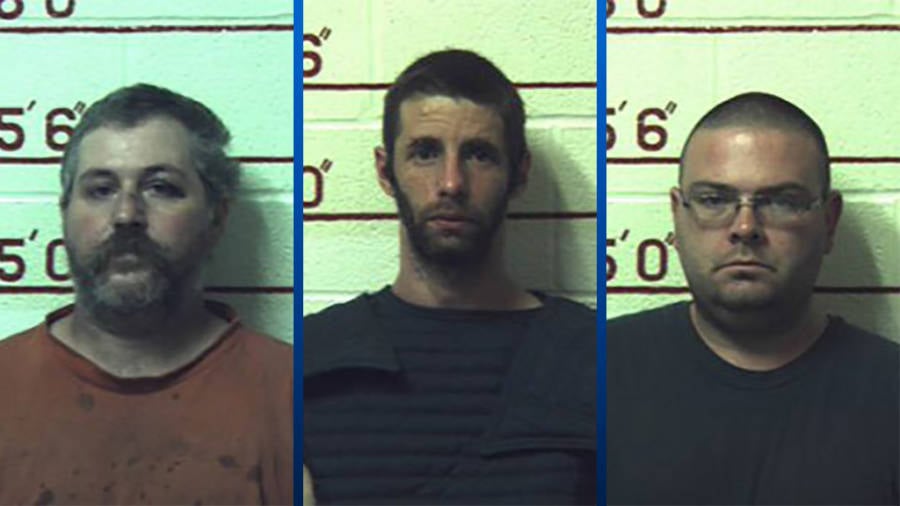 Clearfield County District Attorney’s OfficeTerry Wallace, Marc Measnikoff, Matthew Brubaker, were arrested for allegedly having sex with at least 12 animals on their property in Pennsylvania.

Three men in Munson, Pa. were arrested for allegedly performing lewd sex acts on a number of farm animals.

The men, Terry Wallace, 41, Matthew Brubaker, 31, and Marc Measnikoff, 34, all lived on the same farm on Mouse Lane and face an astounding 1,460 counts of sexual intercourse with animals as well as counts of animal cruelty.

The men have also been charged with felony endangering the welfare of children and corruption of minors.

According to the report filed with police, a 16-year-old boy who is the son of one of the three men was also living on the farm at the time the crimes were committed.

State troopers received a complaint from the boy that alleged the men were having sex with at least 12 animals — including at least nine female horses, a cow, a goat, and several dogs.

The suspects allegedly forced the boy to hold the animals down while the men performed intercourse repeatedly for a period of about four or five years. He also described a “v” shaped pen that was designed to specifically be used to facilitate the sexual activity, according to the police report.

Authorities received a search warrant and reportedly obtained a large amount of homemade videos along with recording equipment and cameras.

The boy described his horrid living conditions in the trailer park that he shared with his father, where he had no access to electricity and collected rainwater so that he could take showers.

Clearfield County District Attorney William A. Shaw Jr. said there are currently no allegations of the boy being sexually molested and that authorities have no reason to believe that he was. “Right now, we don’t believe the juvenile was sexually victimized,” Shaw said.

The boy has been taken into protective custody, and investigators have yet to determine the extent of mental or physical abuse that he may have been exposed to.

The men are being held in prison on $100,000 bail as they await their trial and subsequent sentencing.

In Pennsylvania, engaging in any form of sexual intercourse with an animal is penalized as a misdemeanor of the second degree. They face a maximum of two years in prison and a $5,000 fine for bestiality, although they may face a harsher sentencing taking into account the alleged crimes committed against the boy and the prolonged period of time that the criminal activity took place.

Law that dictates the legality of bestiality happens at the state level, and believe it or not, there are still a number of states where it’s legal to have sex with an animal. Washington D.C., Hawaii, Kentucky, New Mexico, West Virginia, and Wyoming all deem bestiality legal, and most of those states also allow for the sale and distribution of zoophilic pornography.

Next, read this story about a man that said a horse consented to sex by winking at him. Then, check out this baffling story about a couple that was arrested for having sex with their husky.