The daughter of a cartel leader, Sandra Ávila Beltrán grew up surrounded by piles of cash — and never looked back. 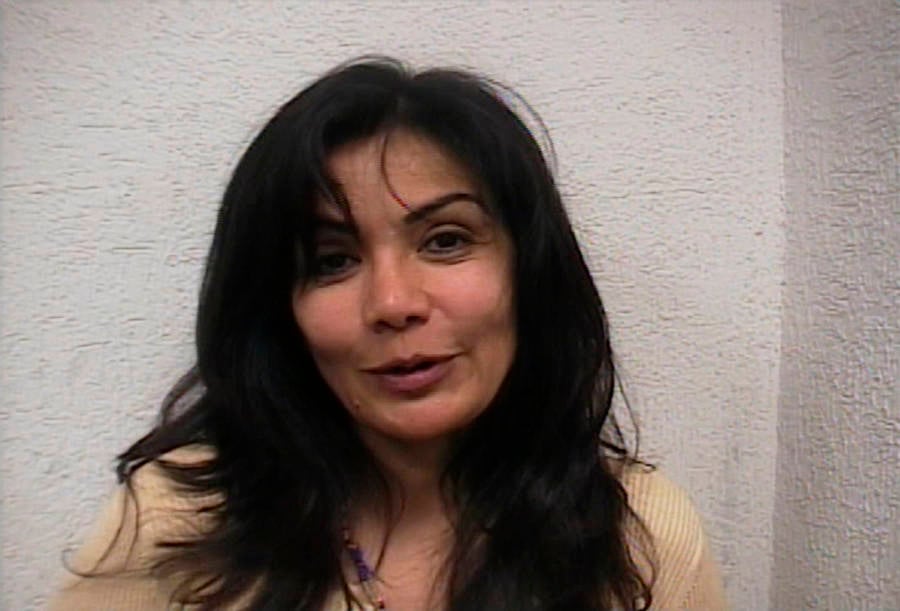 As glamorous as she was deadly, Sandra Ávila Beltrán climbed to the top of the Mexican underworld to become one of the few cartel queens. And even when she eventually got caught, she lived out her prison stay with designer clothes and multiple maids made possible by her extraordinary wealth.

Needless to say, whether behind bars or reigning as “The Queen of the Pacific,” Beltrán did it all in style.

Growing Up The Cartel Way

Sandra Ávila Beltrán was born in the Mexican state of Baja California in 1960 to María Luisa Beltrán Félix and Alfonso Ávila Quintero. Her father’s relation to the founder of the Guadalajara Cartel meant that she grew up in tremendous wealth, literally surrounded by piles of cash. The young Beltrán actually spent so much time counting her family’s money when she was a child that, as an adult, she could tell exactly how much a wad of bills was worth just by holding it.

However, in addition to being exposed to the glamorous side of the “narco” lifestyle from a very young age, she also saw its dangers, witnessing her first shootout when she was just 13. 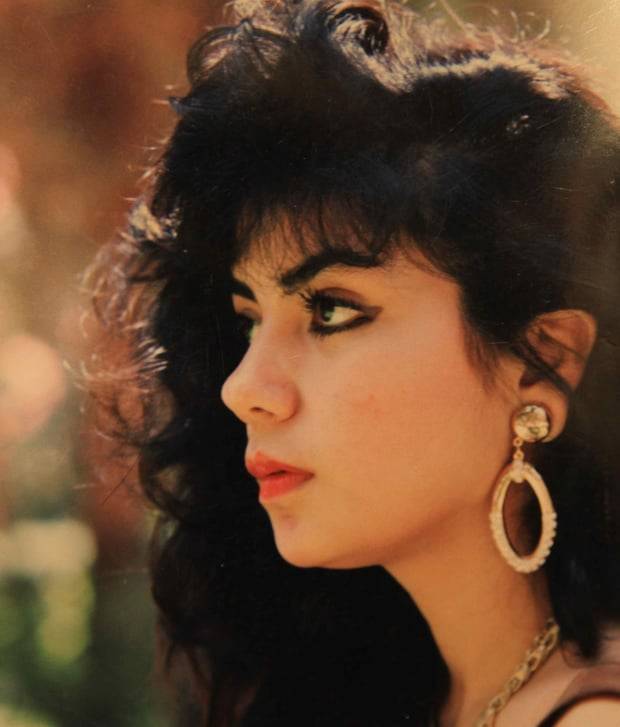 The GuardianSandra Ávila Beltrán at age 19.

Beltrán initially had no intention of going into the family business, instead choosing to study communications at the Universidad Autónoma de Guadalajara. But her dreams of a future career as a journalist were abruptly shattered when she was kidnapped by a jealous boyfriend (who also had close ties to the cartels) when she was about 21. Why exactly he kidnapped her and how long he held her remains unclear, but it certainly seems as though the event changed the trajectory of her life.

Perhaps Sandra Ávila Beltrán’s kidnapping opened her eyes to the true power that the cartels could wield over almost anyone in Mexico, because she soon ended her studies and entered the drugs business herself, quickly rising through the ranks and straight to the top.

A Woman In A Man’s Business

The business of drug trafficking in Mexico (and elsewhere) is dominated by men and Sandra Ávila Beltrán was one of the very few women who ever made it to the top.

In fact, most women who saw what went on behind closed doors with the most powerful cartel leaders were there to serve one specific purpose. The leaders would keep harems of women that they could abuse or discard as they pleased, treating them more like disposable toys than actual people. As she herself told The Guardian in 2016, women were looked at as objects, but “never as a fighting being, or a person made of triumphs and achievements.”

Sandra Ávila Beltrán, however, was a rare exception.

But Beltrán had to work harder than a man would to earn the respect of the cartel leaders starting in the early 1980s. She was careful to never use the cocaine she peddled herself and used her good-looks and charms — as well as her excellent driving and sharpshooting skills — to help establish herself among the powerful men at the highest levels of Mexico’s drugs underworld (including her boyfriend, trafficker Juan Diego Espinoza Ramírez, later in her career).

Beltrán soon became something of a legend in the Mexican drug world and was dubbed “The Queen of the Pacific.” Although careful to never leave any evidence that could be traced directly back to her, she was reportedly the “key link” between cartel leaders in Colombia and Mexico and organized shipments of tons of cocaine hidden in tuna boats from Mexico to the United States for years.

Meanwhile, she fully embraced the decadent lifestyle of a cartel leader. She raked in untold millions and used some of it to do things like assemble a fleet of 30 cars and buy herself a gold Tutankhamun pendant with 83 rubies, 228 diamonds, and 189 sapphires.

“Photos of her party life resemble an episode of Keeping up with the Kardashians,” The Guardian wrote, “except when she scanned the photos every few years, another one of the characters had been murdered.

She was even referenced in the popular song Fiesta En La Sierra (Party in the Mountains), which describes the “Queen of the Pacific, a top lady who is a key part of the business” arriving to a mountaintop party by helicopter and clutching an AK-47.

The Downfall Of Sandra Ávila Beltrán

Of course, for all of the power and glamor that come with life as a powerful cartel leader, so too come danger and violence. Both of Beltrán’s husbands were murdered and her brother was tortured to death. She herself was nearly killed in a street ambush executed by rivals. And her eventual downfall began when her son was kidnapped in 2002 (by who remains unclear) and police became suspicious after she quickly paid the $5 million ransom.

Knowing that she had so much cash on hand, Mexican police then started taking a closer look at Beltrán and her illegal dealings — so much so that she soon found herself on authorities’ most-wanted lists and was forced to live largely on the run.

Sandra Ávila Beltrán speaks with The Guardian in 2016.

She spent five years as a fugitive. While she described those years as “very tiring,” she also remembered the thrill of the experience as well:

Finally, in 2007, Sandra Ávila Beltrán did get caught. On Sept. 28, Mexican federal officers arrested her and Juan Diego Espinoza Ramírez in Mexico City. After the exhaustion of trying to stay one step ahead of the police and changing her location, identity, and even hair color, Beltrán described her arrest as “a relief.”

The Mexican government couldn’t pin any drug charges on Beltrán, so she was charged with money laundering — and soon convicted. 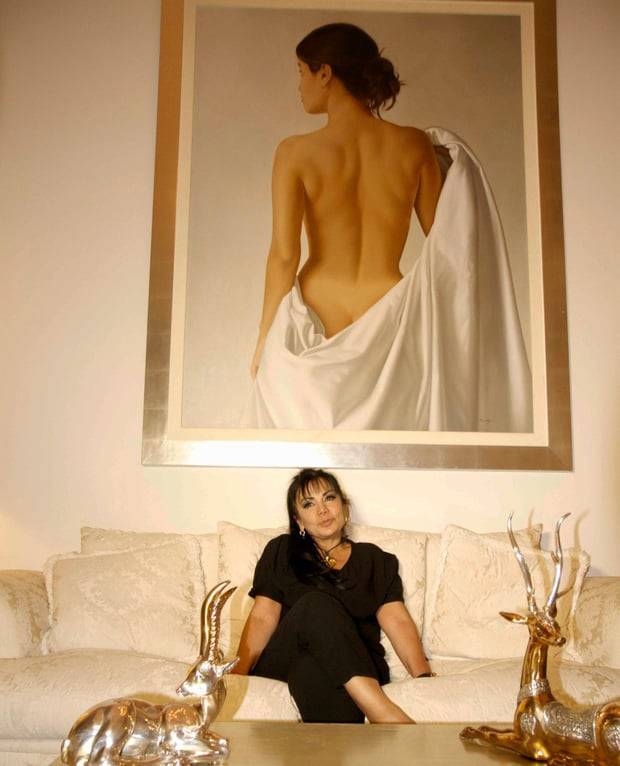 Of course, prison time for a wealthy cartel leader in Mexico is slightly different than it is for the average inmate. As Beltrán put it, “money buys everything in Mexico.” Thanks to the infamously corrupt system, Avila welcomed visitors while decked out in high heels, jewelry, and designer clothes. She even had three maids with her to serve alcohol and food. She was released in 2015, after having spent just seven years behind bars.

Since then, she and her lawyers have fought to try to recover the dozens of cars, homes, and jewels she’d amassed as “The Queen of the Pacific.”

After this look at Sandra Ávila Beltrán, read up on “Cocaine Godmother” Griselda Blanco. Then, discover the most outrageous facts about Pablo Escobar.