Steve Dennis was left inside a phone booth by his parents in 1954. But now, thanks to an at-home DNA test kit, he has some answers. 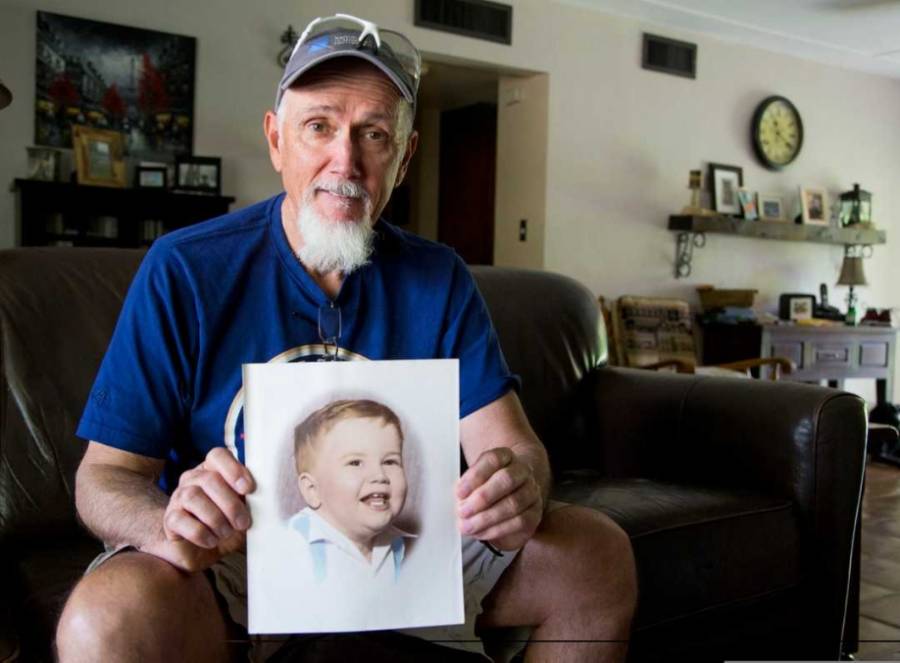 Cheryl Evans/The RepublicSteve Dennis holding a photo of himself as a child.

The 64-year-old mystery surrounding a baby left in an Ohio phone booth has finally been solved thanks to the help of an at-home DNA testing kit.

Early one morning in Jan. 1954, two bread delivery men just outside of Lancaster, Ohio made the startling discovery of the two-month-old baby boy.

The story of the infant left in the phone booth, dubbed “little boy blue-eyes,” captivated locals in the small town and police tried to piece together how this baby ended up in such an unlikely place. It would take more than six decades for the mystery to finally be solved.

The baby grew up to be 64-year-old Phoenix, Ariz. resident Steve Dennis, and he admits that even he didn’t believe his own story when he first heard it, according to the Lancaster Eagle-Gazette. His adoptive parents, Stanley and Vivian Dennis, have told him he was adopted since he was just three years old, but it wasn’t until he was 15 or 16 that he first heard the story about being discovered in a phone booth. 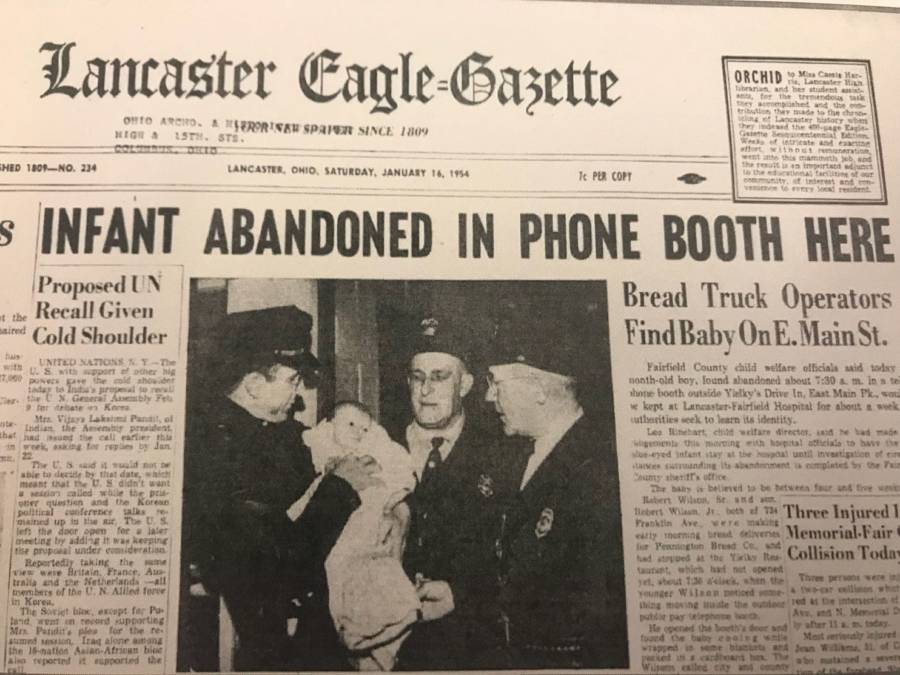 Meagan Flynn/The Washington PostThe front page of the Lancaster Eagle-Gazette on Jan. 16, 1954, after the baby was found.

When he was around 18 or 19, Steve Dennis visited the restaurant on U.S. Route 22 outside of Lancaster, Ohio where he was found, but did not find anything of importance. Dennis then pushed the mystery out of his mind for decades until his teenage daughters began asking questions about his history.

According to the Lancaster Eagle-Gazette, they got him an Ancestry.com DNA testing kit that helped him find one of his genetic relatives. Dennis connected with his first cousin, who was also using Ancestry.com and began to get answers to questions that he had been asking his whole life.

“He said, ‘I think I know who your mother is. We’ve heard throughout our lives that there’s a baby that we’re related to that was left in a telephone booth,'” Dennis told the Lancaster Eagle-Gazette. “It was like this hidden secret.”

His cousin then connected Dennis to his half-sister, who echoed her cousin’s statement, saying that she too had heard about her mother’s “deep dark secret” but wasn’t sure if it was true or not. She got a DNA test as well and it confirmed that they were indeed half-siblings.

Dennis’ sister then contacted their mother, who is now 85 years old, and she has slowly started remembering more and more details about her first-born child.

Dennis was told that his mother was 18 when she had him. At the time, she was told by his father that if she left the baby, he would marry her. While the couple was traveling from Ohio to Kentucky, where Dennis was born, his father took the baby, left him in the phone booth and disappeared for good. 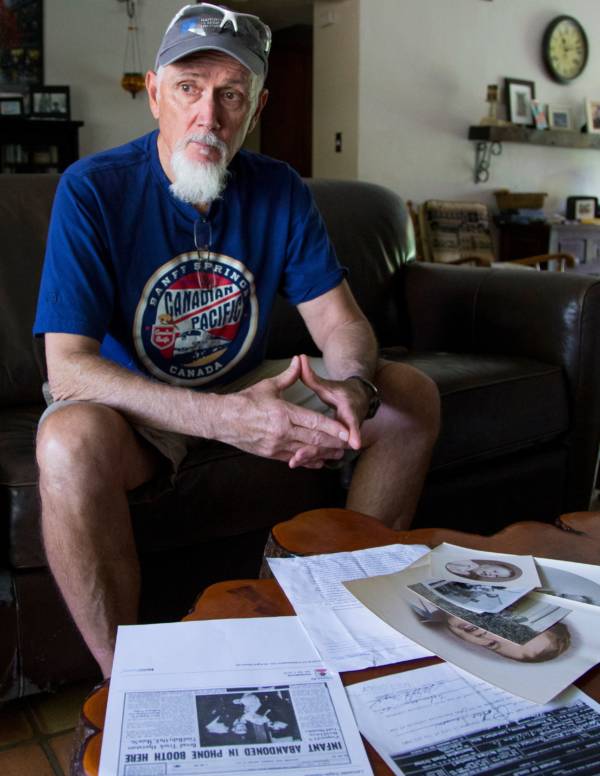 Dennis’ birth mom went on to marry another man and had two daughters. Dennis also had a full life despite his rocky beginning. He was in the Peace Corps and traveled the world, has been married to his wife Maria, with whom he shares two daughters, for 22 years, and recently retired after making a career as a chiropractor.

At the end of August, Dennis plans to travel to Maryland to connect with his birth mother for the first time in 64 years. He hopes to learn some information about his early life and possibly his birth date but said that he isn’t going to put too much pressure on the meeting.

“I’m not going to make a real big deal about this,” Steve Dennis told the Lancaster Eagle-Gazette about reuniting with his mother. “I’ll just take whatever she gives me and leave it at that. I mean you can’t hassle an 85-year-old woman … So whatever she feels comfortable saying to me, I’ll take. It’s more than I had before.”

It seems like the heartbreaking story of an abandoned baby might just get a happy ending after all.

After this look at Steve Dennis, discover the mystery of Nicholas Barclay and his imposter, Frederic Bourdin. After that, read up on Bobby Dunbar, the boy who disappeared and came back as a new child.