Intricately-designed and highly fashionable, this Ancient Roman shoe reveals a lot about how footwear functioned in Rome. 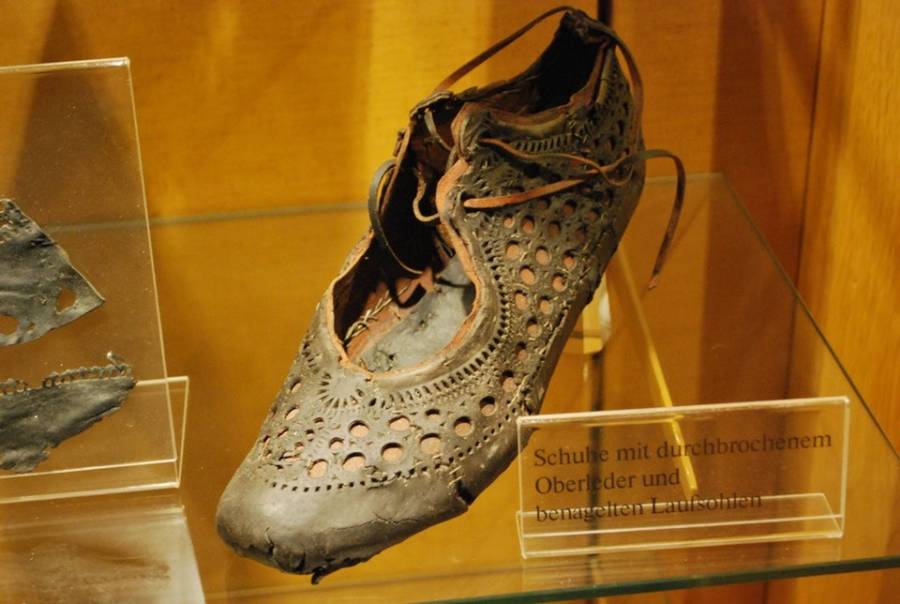 RedditThis 2,000-year-old shoe was found in a well at the Saalburg ancient Roman fort in Germany.

Fashion isn’t usually the first thing that comes to mind when people think of Ancient Rome, but this 2,000-year-old shoe discovered in Germany proves otherwise.

In the 19th century, a Roman fort in Saalburg, Germany was discovered and excavated. Now it’s an official UNESCO World Heritage site and home to a museum that houses Roman relics that are found at the site. One of the more unique items on display is one intricately-designed Roman shoe that was actually incredibly fashion-forward at the time.

The shoe itself was found in a well within the fort’s grounds, but it’s now encased at the Saalburg museum along with other Ancient Roman footwear that’s been discovered. But what makes this one shoe stand out from the rest are the intricate embellishments it has.

Ancient Romans — and women in particular — sometimes displayed their wealth and status in society with the shoes that they wore. And this shoe certainly conveys some serious wealth and status. 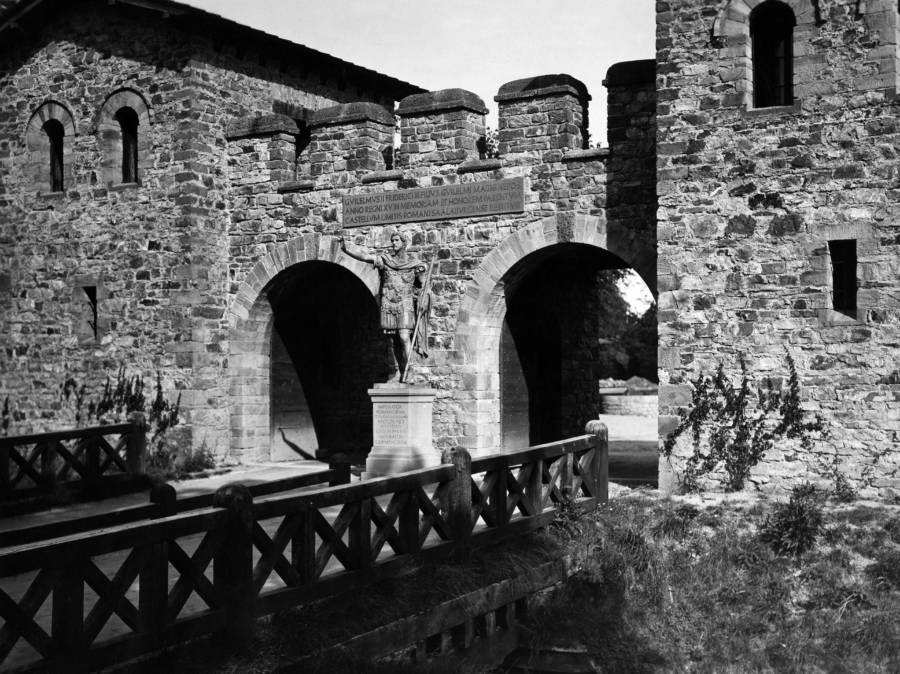 But beyond the footwear of the rich and powerful, as it turns out, the Romans are actually responsible for creating the first-ever shoe that fully encases the foot. According to the site Romans Across Europe:

“There was a wide variety of shoes and sandals for men and women. Most were constructed like military caligae, with a one-piece upper nailed between layers of the sole. Many had large open-work areas made by cutting or punching circles, triangles, squares, ovals, etc. in rows or grid-like patterns. Others were more enclosed, having only holes for the laces. Some very dainty women’s and children’s shoes still had thick nailed soles.”

The Saalburg shoe has a heavier sole, which implies that it was meant for outdoor use. Lighter soles meant that the shoes were used indoors, which were popular among the wealthy in society. However, this shoe is heavily embellished, which means that it likely belonged to a wealthy woman, as fancier embellishments signified that a woman held a certain status in society.

In addition to making shoes for the wealthy, Ancient Romans actually had multiple different types of shoes, and each pair had a specific purpose for it. Aside from the indoor and outdoor shoes, the Romans made shoes that were specifically meant for theatrical use, they made a boot for rain and wet weather, and senators had their own exclusive style of shoe as well. 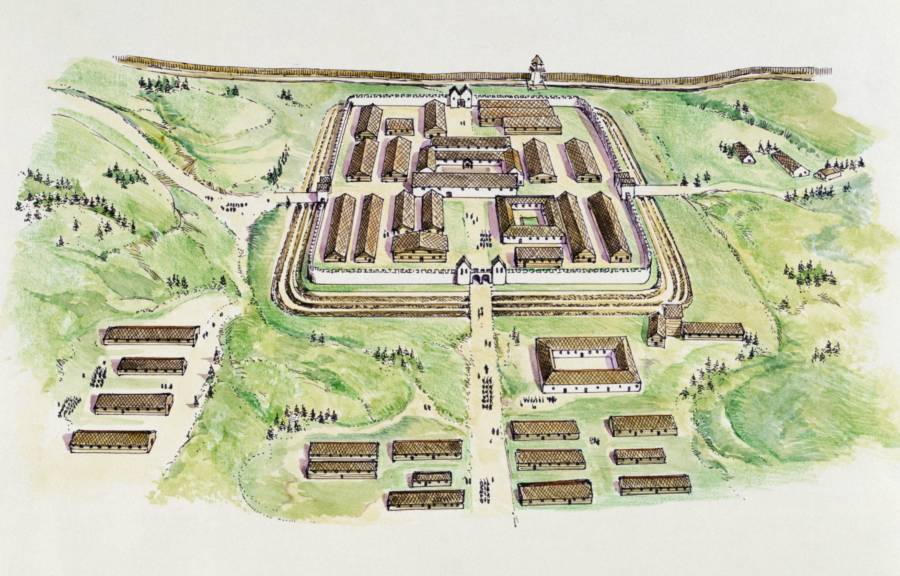 Although the Saalburg fort has been uncovered for quite a while now, artifacts still turn up during archeological missions on the site to this day. It was built sometime around 90 A.D. at the frontier of the Roman Empire, and at one point housed 2,000 inhabitants inside the fort itself, and a village started forming outside of the fort as well. The fort stayed active until 260 A.D., and it’s been under protection as a World Heritage Site since 2005.

It’s safe to say that this historic site has produced plenty of archaeological treasures, but few seem to be quite as captivating as this Ancient Roman shoe.

After this look at the ancient Roman shoe found inside a well, find out why Rome and other revered ancient societies practiced pederasty. Then, read up on the Roman contraceptive called silphium.