"If you do the math, the math kind of shows that it's only going to be a matter of a couple of years [before] we are not going to have any cheetahs." 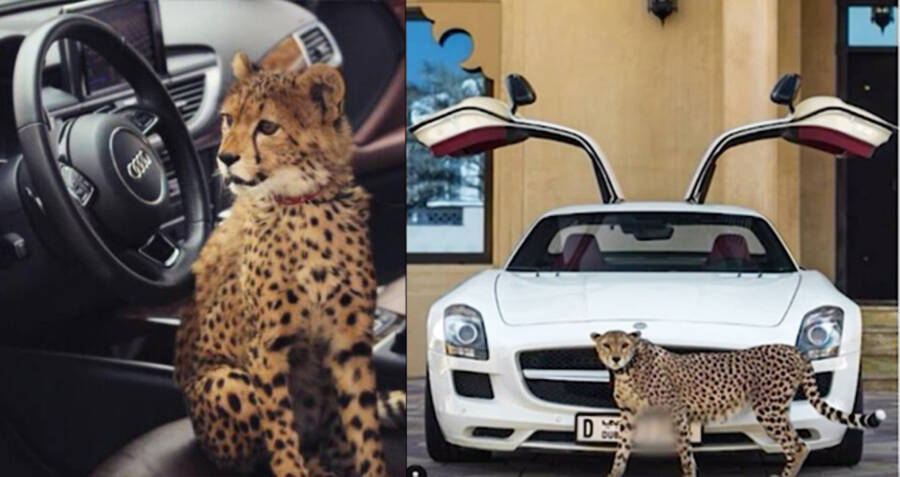 InstagramConservationists say that the illegal trade of cheetahs as pets may contribute to its extinction.

We buy a lot of things online, from clothing to motorbikes, but what about wild animals? The illegal wildlife trade, it turns out, can be easily accessed through sellers on Instagram and YouTube, and the cheetah population is suffering because of it.

An investigative report by CNN found that the illegal trade for cheetahs has been mainly fueled by uber-rich customers in the Middle East who buy the wild cats from smugglers as exotic pets.

According to the Cheetah Conservation Fund (CCF), roughly 300 young cheetahs are trafficked out of Somaliland — the main transit route for cheetah-trafficking in the Horn of Africa — every year. That’s roughly the same number of cheetahs that are estimated to still live in unprotected areas around the peninsula’s region, while less than 7,500 are left in the wild in other places around Africa.

“If you do the math, the math kind of shows that it’s only going to be a matter of a couple of years [before] we are not going to have any cheetahs,” said CCF Founder and conservation biologist Laurie Marker. 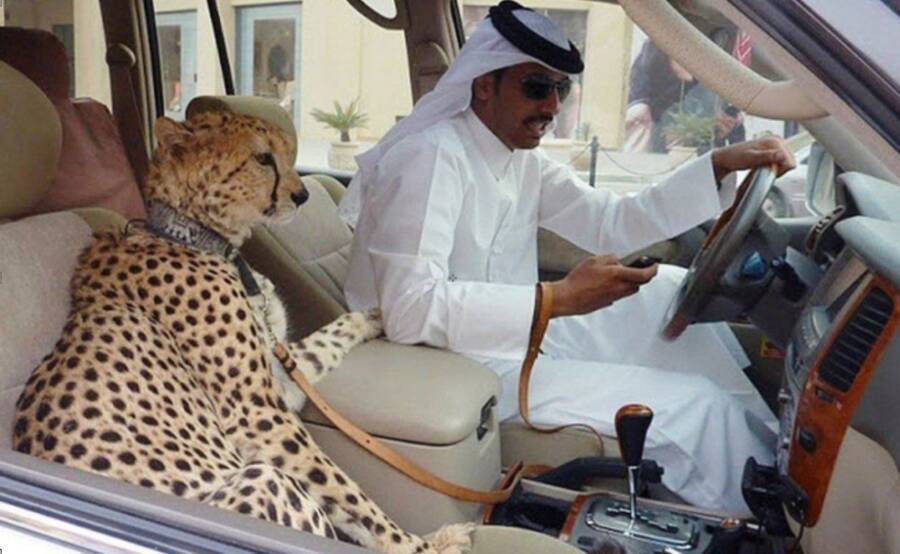 Captured cheetahs are usually stuffed inside cramped boxes to be transported to the Arabian Peninsula, where an overwhelming majority of these cats are sold and bought. Demand for pet cheetahs mostly comes from the Arabian Gulf nations, with 60 percent of cheetah transactions recorded in Saudi Arabia.

A quick search on Instagram reveals an astonishing number of pet cheetahs on display, usually posed by their owners next to fancy cars and other luxury items. In some photographs and videos posted online, some of these pet cheetahs are subjected to abuse.

A YouTube influencer from Dubai shows off his pet cheetah.

In their report, CNN found one post with a cheetah getting force-fed ice cream while, in another post, a cheetah was leashed and shoved into a swimming pool. The more violent posts showed a captive cheetah getting declawed while another had one dying on camera.

Even before they arrive at their destination, many of the smuggled cheetahs don’t survive. It’s estimated that only one out of four smuggled cheetahs survive the arduous journey — and the ones that survive often suffer mangled or broken limbs.

Although the sales of wild animals and owning them are illegal in the Arab states, lack of enforcement of the law has let the epidemic continue. It’s estimated that a whopping 1,000 cheetahs are kept as pets by private owners. 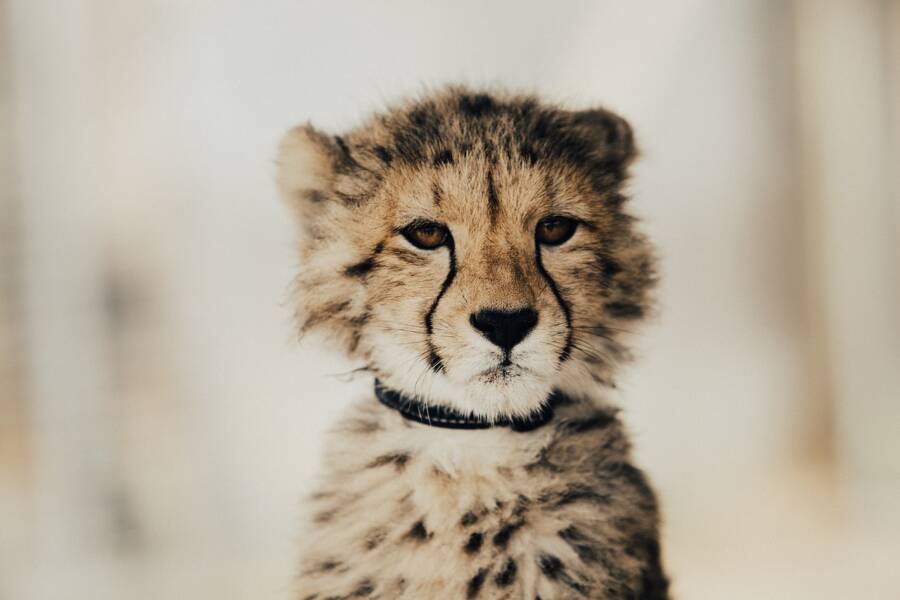 PixabayIllegal traders are selling these wild cats to rich customers for upwards of $10,000.

“Whatever cheetah you want, you request, we will import. You want male, you want female. It’s not an issue,” a Saudi dealer told CNN over the phone after the news outlet called one of the merchant numbers they found online and posed as a prospective buyer. The illegal market selling cheetahs was easy as a simple Google search, where cheetahs were sold in a marketplace alongside cars and cell phones.

The cheetah seller said that he had so far brought more than 80 cheetahs into Saudi Arabia from his ‘supplier’ in Africa. The seller said he was out of cheetahs but could get one delivered quickly within 25 days, offering a discount if they were interested in ordering more than one cheetah.

It’s astonishing to hear the seller speaking as if he were talking about delivering books rather than a live wild animal. But maybe this cavalier attitude shouldn’t come as a surprise given how lucrative these majestic animals are for the illegal traders. According to the CNN report, prices started at 25,000 Saudi Riyals or $6,600, and went as high as $10,000 per cheetah.

Vice reports on the prevalence of big cats being sold in Kuwait.

“[Cheetahs] do terribly in captivity,” said one vet, who has treated dozens of pet cheetahs for rich clients. Another vet, who also spoke anonymously, described captivity as a “dead end” for cheetahs.

Cheetahs are naturally susceptible to feline and infectious diseases and require a special diet that they get in the wild. This, combined with the ignorance and mistreatment from their rich owners, often lead to a myriad of diseases, such as obesity, metabolic and digestive disorders, and even stress-related illnesses.

In the end, most of these pet cheetahs do not survive for more than a year or so in captivity.

Wildlife trafficking is a billion-dollar industry, estimated to be worth up to $20 billion per year, according to the United Nations and Interpol. In fact, it is among the top five illicit industries globally along with drugs and human trafficking.

Fortunately, increased awareness and urgency to prevent wildlife trafficking has led to some great strides. Social media platforms like Facebook have been doubling down on preventing wildlife traffickers and illegal traders from marketing online to customers. 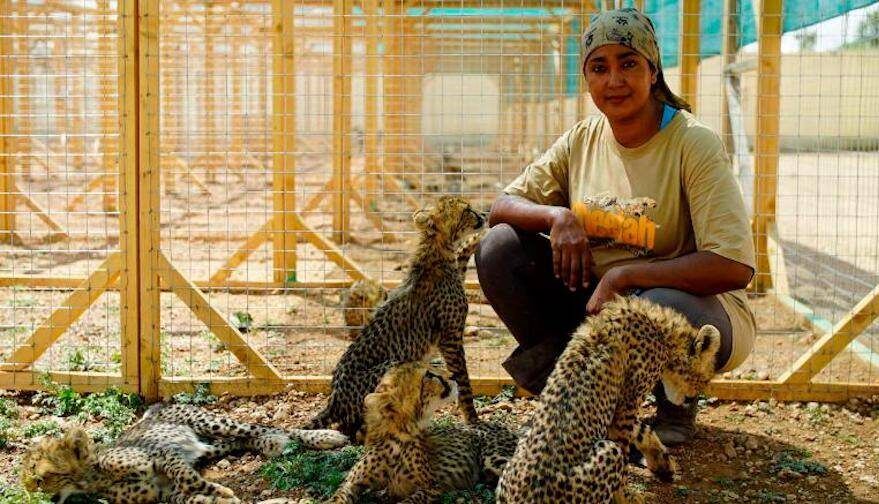 Veterinarians who spoke with CNN also said that they’ve noticed the number of pet cheetahs have gone down over the last several years, crediting wildlife rescues by organizations like CCF and tighter border controls.

But there is still much work left to do in order to protect our endangered wildlife, especially the vulnerable cheetah population.

“We really need influencers, we need the governments, the kings, the princes, or the queens to actually say this is not right,” Marker said. “If we can save them, we are going to give them the best life that they can have, but they shouldn’t be in our care. They should be in the wild.”

Next, read how the popularity of Harry Potter has sparked a pet owl trend that has conservationists worried and learn how giraffes are on their way to “silent extinction” due to trophy hunting.