Piel Island spans just 50 acres and is home to a crumbling castle as well as a 300-year-old pub — and now it's in need of a new "monarch." 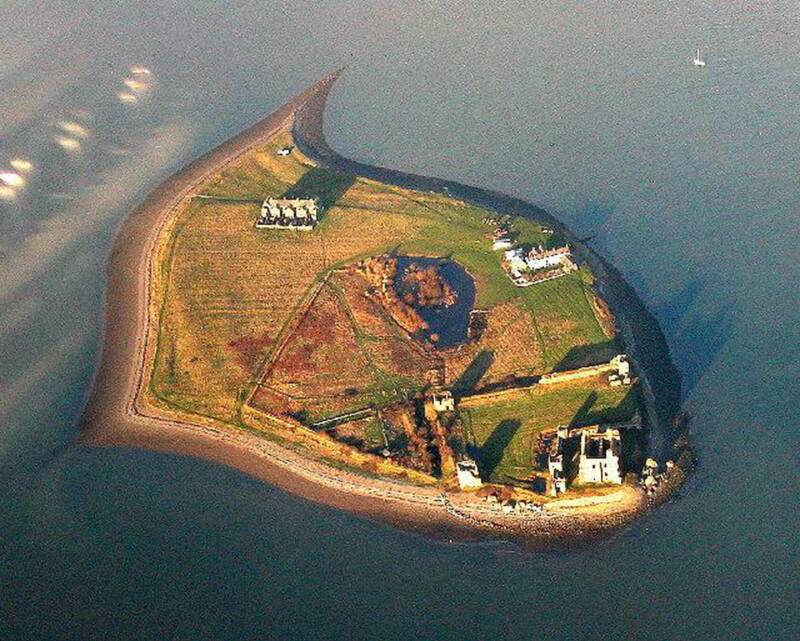 Simon Ledingham/Wikimedia CommonsPiel Island is located a half-mile off England’s northwestern coast and its year-round population is typically just two.

Always dreamed of being royalty? Now’s your chance. Tiny Piel Island off the northwest coast of England is looking for a full-time “king” — and 190 people have already applied for the post.

Technically, the island is looking for a landlord to oversee its 50 acres of land and run the island’s pub, the centuries-old Ship Inn. But the island’s landlord gets an honorary crown and title as well.

“The tradition holds that each new landlord is crowned ‘King of Piel’ in a ceremony of uncertain origin, in which they sit in an ancient chair, wearing a helmet and holding a sword while alcohol is poured over their head,” explained the Barrow Borough Council.

At the ceremony, the new “king” (or “queen” — the position is open to anyone) also swears an oath. They must vow to be a good smoker, a good drinker, and to “give anyone found dead on the sands free refuge in the pub.”

Perhaps unsurprisingly, this royal job post has generated international interest. Applications have poured in from across the world.

But Sandra Baines, head of visitor economy and culture at Barrow Borough Council, warns that the job is “not the dream people might think it is.” 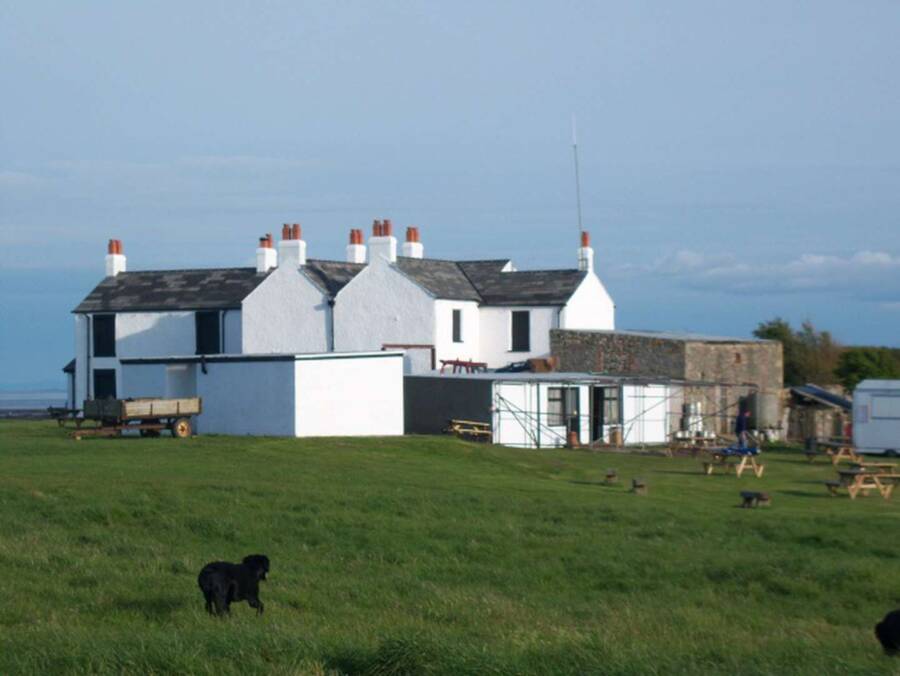 Pielisland.co.ukThe “monarch” would manage the island’s only pub, the Ship Inn.

For starters, Piel Island’s monarch has more to do than lounge around on their beer-soaked throne all day. The landlord must also oversee Ship Inn and take care of “grounds maintenance of the surrounding area and management of camping and the toilet and shower block.”

What’s more, life on Piel Island isn’t for everyone — and the job post is for a ten-year contract. Though the island may bustle with activity in the summer, it grows quiet in the fall and winter.

“You are virtually stuck on the island alone,” noted John Murphy, a Piel Island expert and tour guide.

The island’s 12-person ferry only runs from nearby Roa Island between April and September. And no bridges connect Piel Island to the mainland, though brave souls can walk two miles across the sands at low tide.

“While there are periods when the pub and the island [are] bustling with people, there will be periods of quiet too — something the successful applicant will need to embrace,” explained Ann Thomson, leader of Barrow Borough Council.

For the right person, though, such a post may be a dream come true.

“It’s an opportunity for somebody that’s really open-minded, loves that style of business, loves the outside, loves history,” said Tony Callister, a member of the Barrow Borough Council. 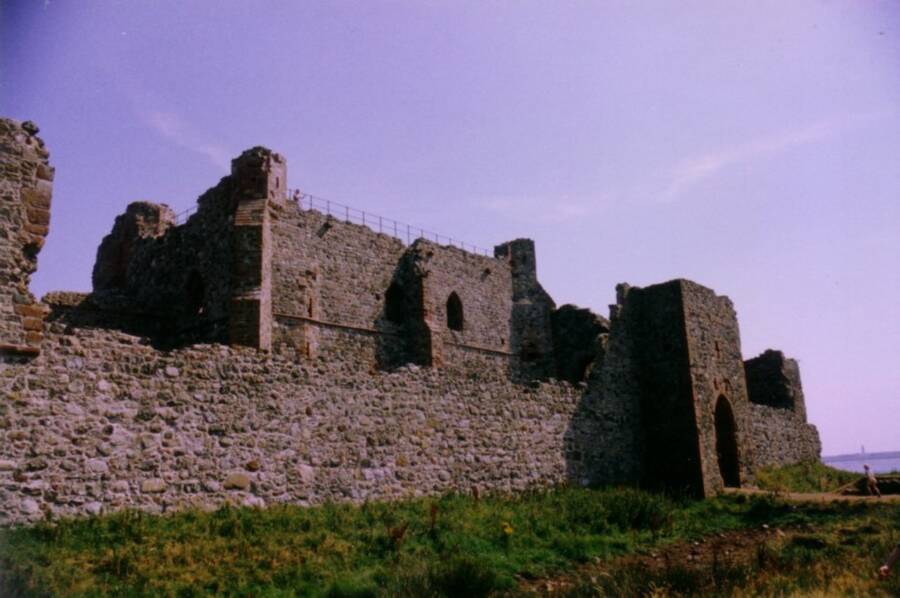 Public DomainPiel Island also contains the crumbling ruins of a 14th-century castle, which is managed by English Heritage.

Piel Island may be small, but its history is nothing short of dramatic. Although the island was historically a part of the county of Lancashire, the Duke of Buccleuch gifted the land to the nearby town of Barrow-in-Furness in 1920 as a World War I memorial.

Before that, however, various people had inhabited the island for some 3,000 years, including everyone from monks to smugglers. But this unstable population and lack of centralized control also set the stage for a failed usurper named Lambert Simnel.

In June 1487, Simnel, just 10 years old, landed on Piel Island with an army, claiming he was the rightful heir to the throne of England. He and his men camped overnight on the island and then marched to London, where they hoped to overthrow Henry VII.

It didn’t work — Simnel was defeated immediately and sent to work in the royal kitchen — but it did give islanders a piece of beloved lore. In fact, Simnel’s failed conquest of the English throne is likely where the Piel Island monarchy tradition, which dates to the 1800s, originated.

Some claim that the first “Kings of Piel” were direct descendants of young Simnel, but it is more likely that the title arose from a drunken pub game in the 19th century. “Sort of a looking back to the good old days, and reinventing some kind of arcane ceremony,” explained Mark Douglas, a properties curator for English Heritage. 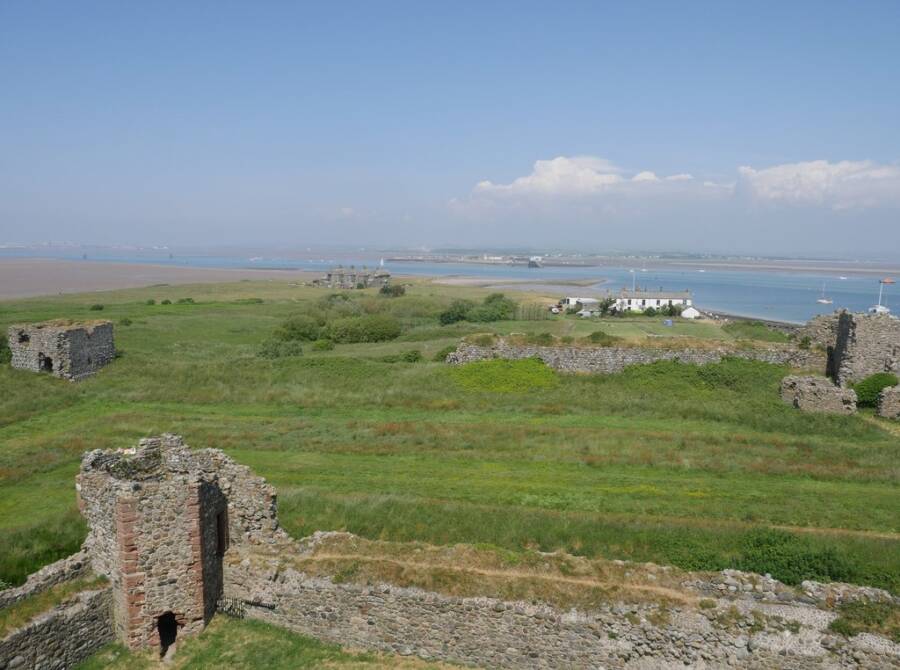 Geograph.org.ukPiel Island residents can get a special permit to drive off-road vehicles to the mainland during low tide.

Now, the island hopes to find a new monarch to take over pub and caretaking duties before April 2022, when the tourism season begins and the ferry starts to run. However, this kingdom might not be for everyone. Yet, for the right person, Piel Island may be the perfect place to spend 10 years.

“At the end of the day, when we all get a little bit older, you think, ‘I wish I’d have done that,'” remarked Callister. “Don’t pass that opportunity over.”

After reading about the English island looking for its next “king,” discover how the island of Sealand became the “smallest” country in the world. Or, learn more about Japan’s “cat island” of Aoshima, where felines outnumber people.