5 Terrible Accidents “Pokemon Go” Has Caused In Just A Week 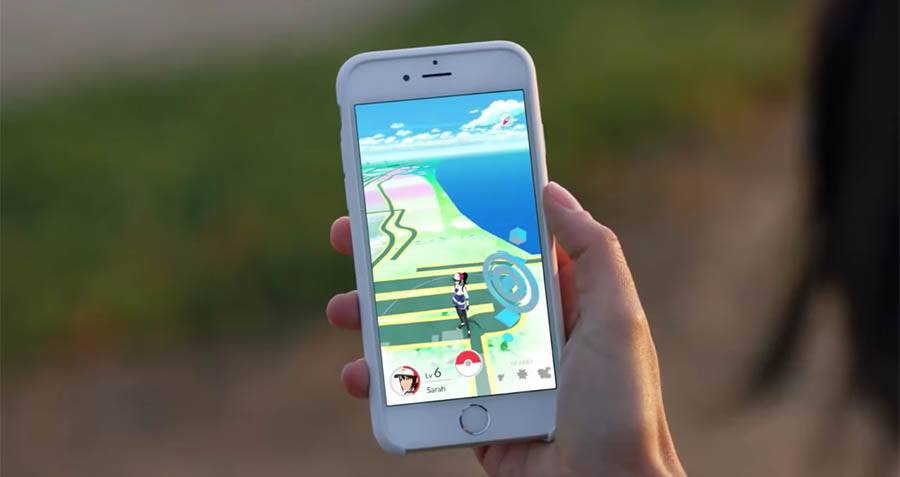 Do you really gotta “catch ’em all?”

The game utilizes GPS to guide players in pursuit of Pokémon monsters, which players can then “catch” and use in “battles” against others. While ostensibly innocuous enough, the rash of mishaps and accidents related to its use have led law enforcement officials to release public safety alerts about the game — seriously.

One PSA released by Auburn, New York’s Police Department writes that players should not “use the application when operating a motor vehicle or bicycle;” “trespass on private property when trying to ‘catch’ a Pokémon;” and to “travel in groups.”

While a PSA might seem a bit over the top for a gaming app, the following Pokémon Go-related incidents help illuminate its sad utility: 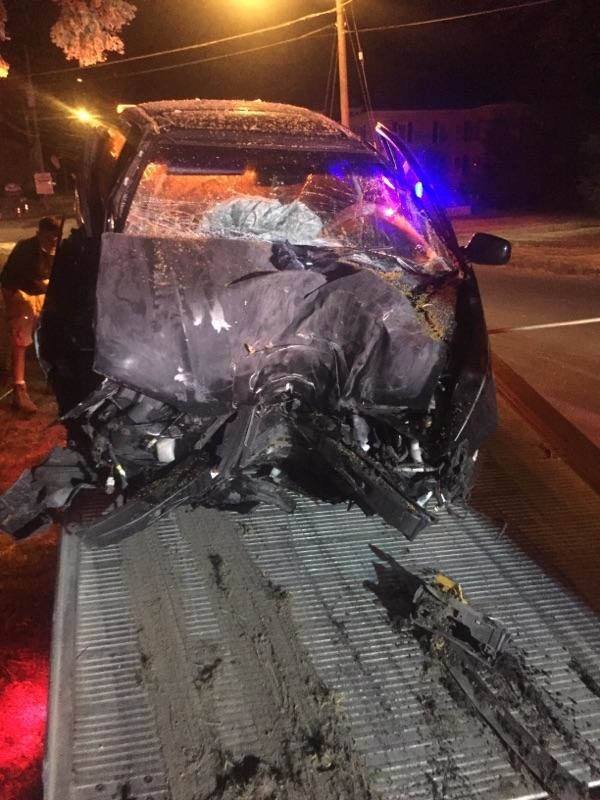 On July 12, police in Auburn, New York reported that a man crashed into a tree while playing “Pokémon Go.” The driver, who was not seriously injured, told police that he was “actively playing the game when he became distracted,” veered off a road and crashed into a nearby tree, WSYR-TV reported.

“Luckily the driver was not seriously injured but this is an example of how easily accidents can occur when someone is engaged in the game and not paying attention,” police said. 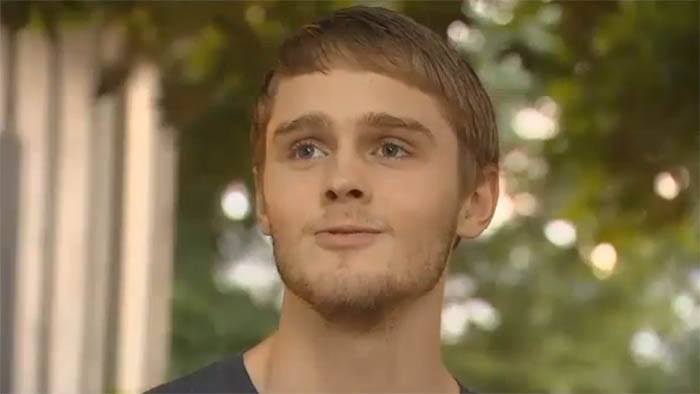 An Oregon man says he “basically risked [his] life” while using the app. Twenty-one-year-old Michael Baker was playing the game around 1 a.m. in Forest Grove, Oregon when he approached another man who he thought was also playing the game, KPTV reported.

“I saw him and asked if he was playing Pokémon Go,” Baker told the news station. “He was like ‘what?’ I guess he wanted to battle because he came up at me with a knife.”

The man stabbed him, but Baker decided not to go to the hospital. “Right after I was stabbed, I continued my mission to Plaid Pantry for chips and beer.”

Baker, who said he received eight stitches on his shoulder, told the news outlet that his stabbing won’t keep him from playing the game in the future. The game “is important to me,” Baker said. “I gotta basically catch them all.”

3. Teen gets hit by car during rush hour traffic 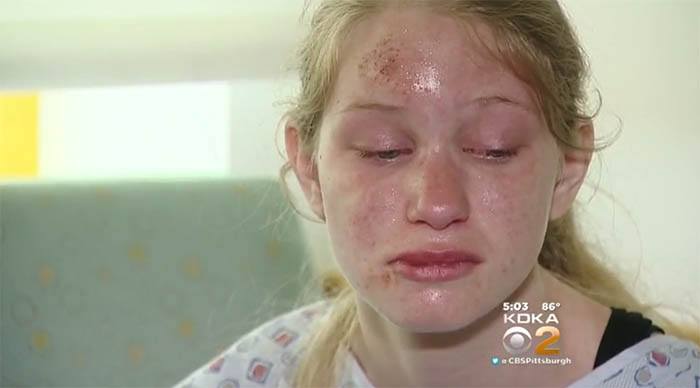 On July 12, a Pittsburgh teen didn’t catch Pikachu but, instead, a ride to a hospital while playing the new Nintendo game. Fifteen-year-old Autumn Deiseroth told local news outlet KDKA that she was crossing a busy four-lane road at rush hour when a “car [flew] up the hill,” hitting her on her side.

Deiseroth’s mother said that the “game dragged her across [the] highway,” and that her daughter “was not walking and playing the game,” but simply coming home to tell her about the Pokémon she caught.

Deiseroth suffered bruising to her side, but will be released from the hospital this week. 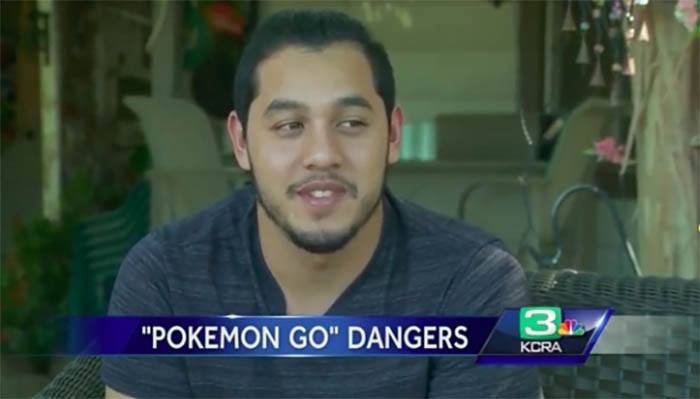 David Wallace, one of the victims, told KCRA-TV that he and his friend had been playing the game at an Antelope, California park when a gunman approached and said, “If you don’t want to get hurt, give me your phones.”

The news station reported the the gunman took the phones and money, and then proceeded to drive off in Wallace’s car. No arrests have been made.

5. Distracted drivers crash into police and send them to the hospital 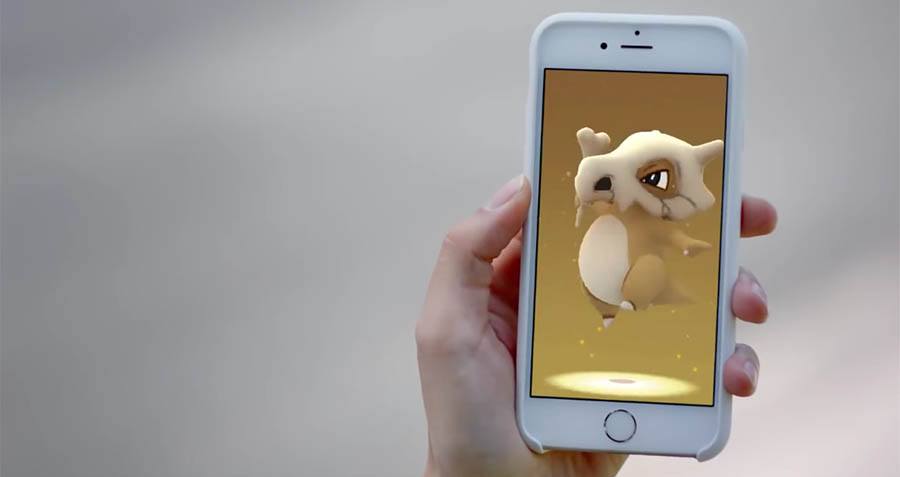 On July 12, a distracted driver and an equally distracted passenger in Quebec City, Canada had a bad run-in with the cops — in that while playing “Pokemon Go” they crashed into a police cruiser.

The two police officers in the vehicle were taken to the hospital where they were treated for minor injuries, CBC News reported.

At the time of the crash, the injured officers were preparing to pull the car over for “failing to signal a turn,” the news outlet wrote. When speaking to police officers about the accident, the driver admitted to playing the game, and that they didn’t notice the car following them into the parking lot.

Next, step inside China’s boot camps for the Internet-addicted. Then, learn exactly how the Internet is destroying your brain.