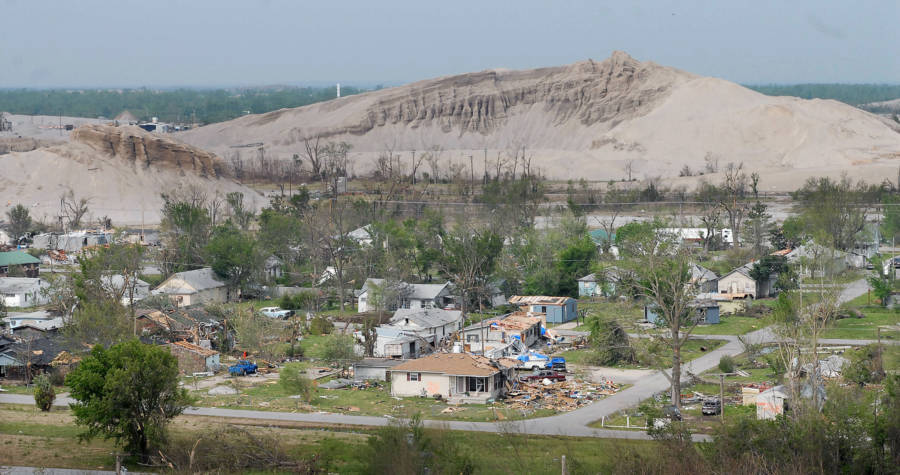 Brandi Simons/Getty ImagesHouses damaged by a tornado are seen in front of lead contaminated chat piles in Picher, Oklahoma on May 14, 2008.

Home to toxic tours and part of the notorious Tar Creek stretch of America, the town was built on top of hollowed mine shafts and tunnels which contained hazardous chemicals. 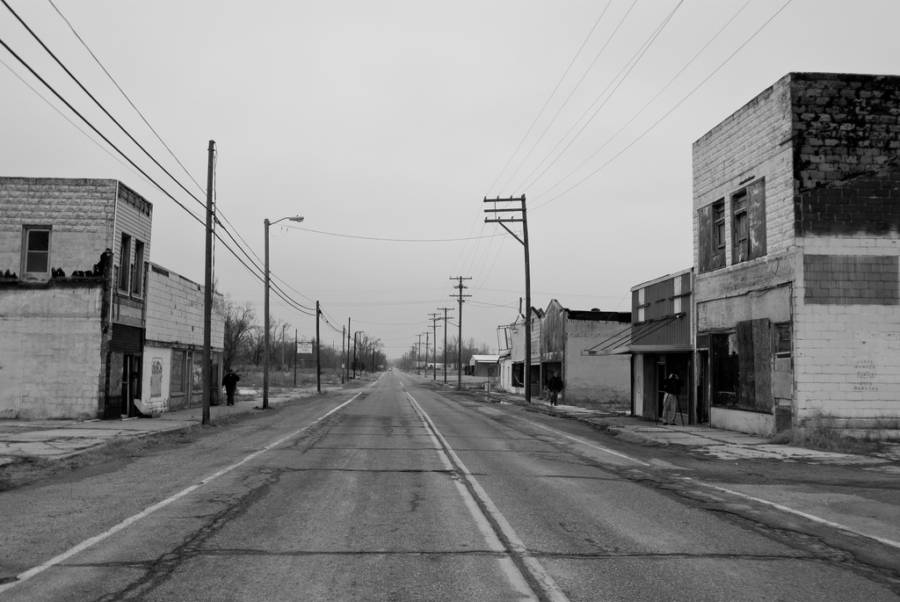 At one point, Picher produced more than toxins, though. At the beginning of the 20th century, its mineral deposits provided metal for bullets.

Over time, however, demand for Picher metals fell off and the industry has since left piles of rock containing deadly heavy metals such as lead, zinc, and cadmium out in the open. The dust of these metals is so thick that it can literally be found on everything, including residents’ lungs. 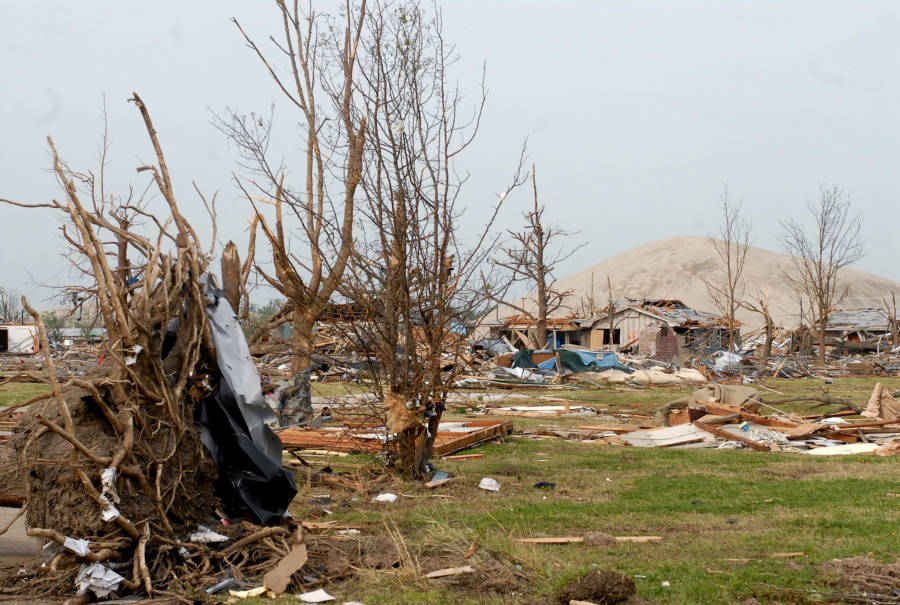 Mining companies are not contributing to the cleanup, since most have gone out of business. It doesn’t help matters that disagreements between the EPA and BIA (Bureau of Indian Affairs) — the latter of whom originally sold the tribal land to mining companies — have stalled any other cleanup efforts.

Although a plethora of videos can be found on YouTube of people exploring the now nearly abandoned town, some people continue to live and raise families in what’s nothing more than a toxic wasteland. Cancer rates are high, storefronts are boarded up, and 200-foot-high mounds of the carcinogenic minerals loom everywhere.