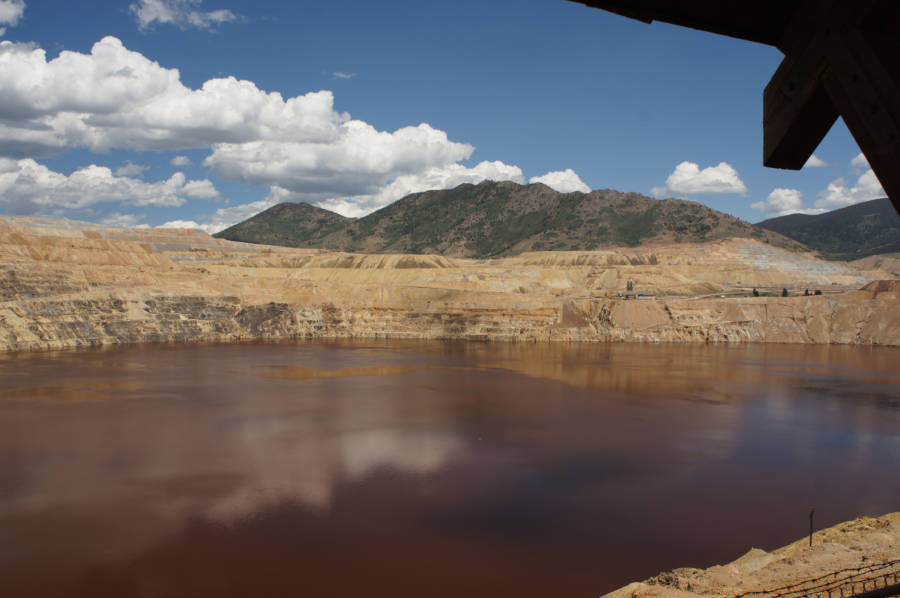 Tjflex2/FlickrThe toxic waters of the Berkeley Pit in 2013.

Butte, Montana is another fallen mining town. Unlike other sites on this list, Butte’s malaise is a product not of underground mining, but of surface mining.

Named after an earlier mine that eventually collapsed and swallowed several residential neighborhoods, Butte’s Berkeley Pit copper mine ceased activity in 1982. This meant that the pumps required to remove water from it were turned off indefinitely. Since then, water levels have risen, turning the Berkeley Pit into a sink that has now collected more than 40 billion gallons of contaminated run off.

The Superfund site has become a geological cauldron, and the water’s chemistry has changed so rapidly that it is impossible to track exactly how many or which chemicals the toxic brew is made of. 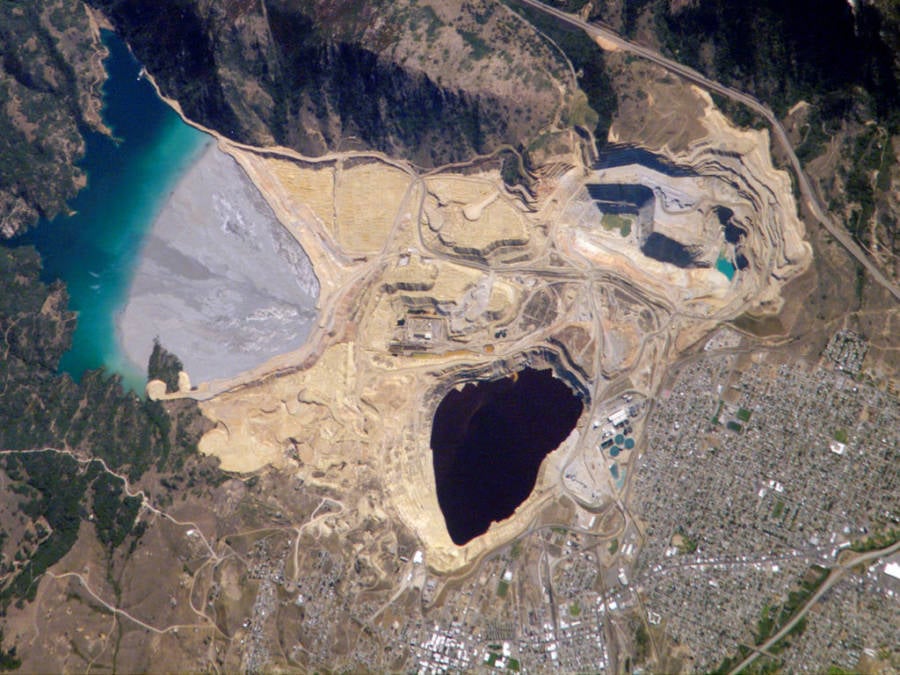 Wikimedia CommonsThe Berkeley Pit and surrounding area as seen from above in 2009.

While the site now draws in droves of visitors as a tourist attraction, life in the pit seems next to impossible. No fish, plants or even insects can survive near — let alone in — the cauldron, where acidity levels are presumed to be through the roof.

One creature seems to have endured, though: In 1995, researchers discovered an organism called Euglena mutabilis amid the toxic sludge. The protozoan has since spurred research into how microbes of their kind might lead to new ways of cleaning up such epic chemical disasters.