Two unidentified men have been fixing Oakland's numerous potholes and hailed by frustrated residents as heroes. 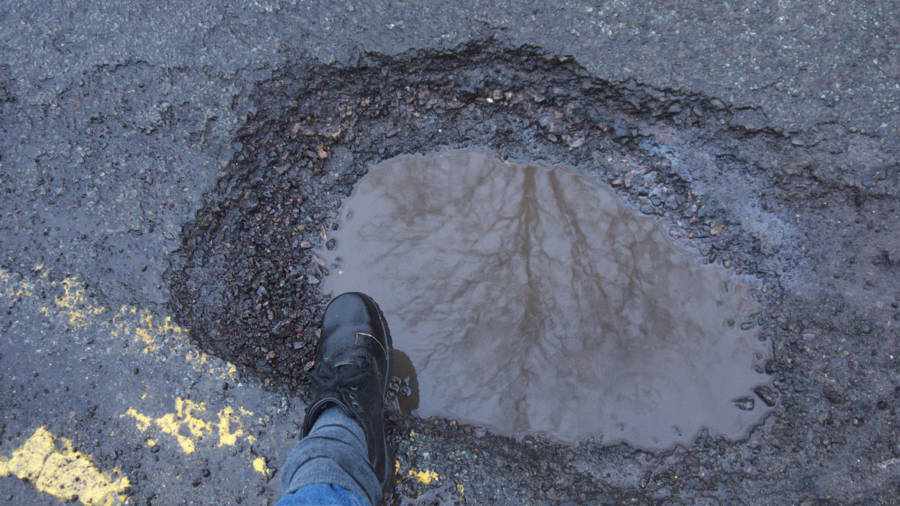 Sam Saunders/FlickrA study by a transportation research group showed that Oakland residents pay on average an extra thousand dollars in car maintenance a year because of poor road conditions.

It’s late at night on the streets of Oakland. Two shadowy figures appear looming over a giant hole in the middle of the street — one of an unknown multitude that cover the city’s streets. That is where Pothole Vigilantes swoop in to save the day.

CBS17 reported that the duo have been traveling around Oakland at the dead of night to repair potholes.

The unidentified men share their work online through updates on Instagram, posting photos of their blurred faces as they fix a hole and sharing before-and-after shots of the holes after they have been fixed. Their Instagram posts suggest that they have been fixing potholes since April.

But the Pothole Vigilantes are no expert handymen. The duo, who have been best friends since the 7th grade, took on the project after learning to fix potholes through videos on Google and YouTube.

“It’s quite easy. All you gotta do is just… brush the debris out, fill the pothole up… and then just tamper it down,” one of the men told KTVU.

“We try to do it after 9 p.m. once the traffic dies down and then we put our hazard lights on, make sure it’s safe,” his partner added. All in all, it takes them 5 to 10 minutes to fix one pothole.

So far, the anonymous do-gooders have garnered plenty of support and positive attention from residents who are fed up with the high number of potholes in the city.

Their first post, which reads “Filled by your friendly neighborhood pothole vigilantes,” received 326 likes and 35 comments from residents, mostly praising the group for their work.

The outpouring of support from the community is for good reason. Some commenters have shared their own experiences with the potholes before they were fixed, ranging from minor inconveniences to full-on injuries due to the dangerous street obstacles.

“These outrageous, axle-cracking potholes are right in my neighborhood, and the orange spraypaint outline doesn’t really help,” one commenter said about two large holes before they were covered by the Pothole Vigilantes. “Thanks to y’all for filling them!”

SFGate reported that Oakland has some of the worst street conditions in the country, costing residents a significant amount of money. 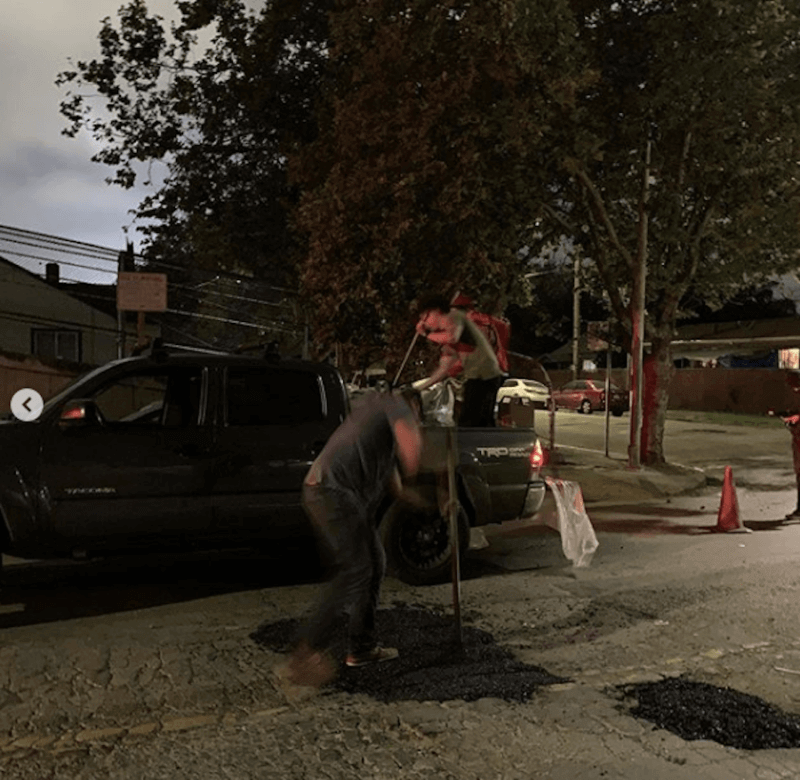 TRIP, a national transportation research nonprofit, found that locals are forking out $1,049 a year in car maintenance because of the city’s poor street conditions. By comparison, drivers usually spend less than $600 for car repairs on a national average.

Technically, residents are able to report any potholes that needed to be tended to through the city’s 311 hotline. The city has also proposed a plan for infrastructure development that would cost $100 million, with $25 million allocated for road improvements. Meanwhile, $29.6 million would go to fix the low-income neighborhoods around Oakland.

But residents appear frustrated by the slow progress, even after they’ve lodged reports through the city hotline.

“The city says to be patient and wait for their 3-year plan, we say let’s continue to #potfull this week,” one of the more recent posts by Pothole Vigilantes read. It’s no wonder, then, that many are backing this civilian endeavor.

The Pothole Vigilantes have even begun to accept requests from residents on which pot holes they should prioritize in exchange for donations to cover the material costs. Residents can donate through their Venmo and GoFundMe page. So far, they have raised a little over $4,000 of their $50,000 goal.

The Pothole Vigilantes of Oakland are not the only street avengers in the U.S. In Washington, D.C., residents spent two hours last month to paint a crosswalk that the city had neglected to do for six months.

And in Michigan, a 12-year-old used a garbage can full of dirt to fill 15 potholes near his family’s home because local government failed to do it.

“I didn’t want people messing up their cars like my mom did,” the kid told WZZM.

While these do-good vigilantes might empower residents to step up and contribute to solutions to their community’s problems, they also underline the government’s inability to address issues that often times can be quickly fixed.

Now that you’ve caught up on Oakland’s pothole vigilantes, read about the tiny houses an Oakland artist is using to fight homelessness. Then, learn the story of the Chicago artist who filled the city’s potholes with mosaic flowers.