The rest of the world has ethical and scientific concerns, though West Virginia is set to begin similar clinical trials in June. 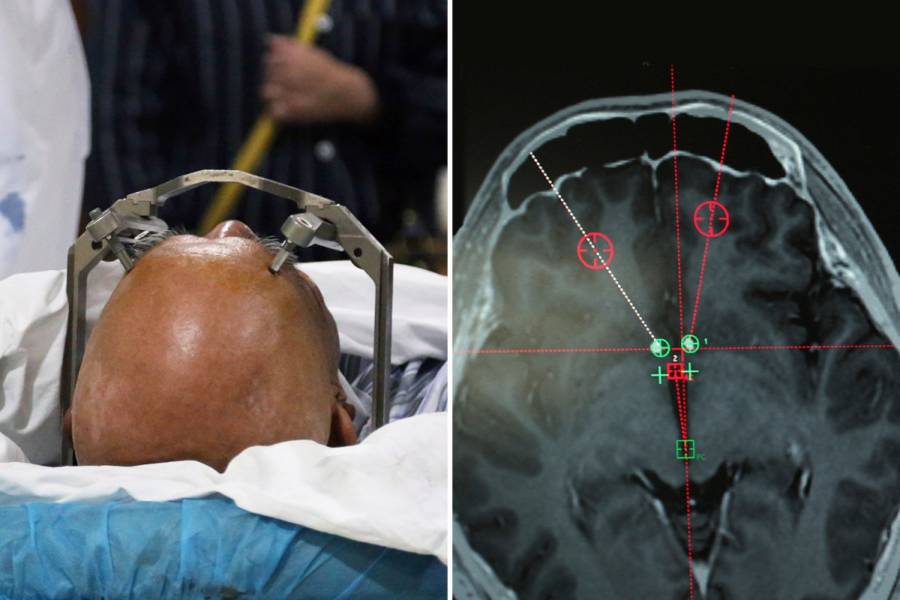 TwitterPatient Yan, left, during surgery. He said the implanted machine was “magical.”

As the old adage goes, truth is stranger than science-fiction. Scientists in China have embarked on the world’s first clinical trial of deep brain stimulation (DBS) for drug addicts. The invasive procedure requires drilling two holes into a patient’s skull and placing electrodes into their brain which can then be electronically stimulated by a handheld device.

According to ABC News, this new technology has already been used for disorders like Parkinson’s disease. This is the first time in history, however, that DBS is being used in the hopes of extinguishing addiction.

The first trial focused on methamphetamine addiction and is being conducted at Shanghai’s Ruijin Hospital. There are only eight registered clinical DBS trials for drug addiction, according to the U.S. National Institutes of Health database.

Six of the eight trials are in China and though the country has a highly disconcerting past regarding brain surgery on drug addicts, the People’s Republic has become the world’s de facto hub for DBS research.

The first patient under the knife — or drill, rather — is a methamphetamine addict only known as Yan. He’s been a user since the birth of his son in 2011 and lost around $150,000 through gambling while high.

With a subsequent divorce, rare visits with his son, and unsuccessful rehab stints — he agreed to become an experimental DBS test subject.

“My willpower is weak,” Yan added of his struggle with addiction.

He was therefore open to the grisly operation which required that Dr. Li Dianyou drill into his skull and feed two small electrodes into a small area near his forebrain scientifically tied to addiction. A few hours later, Yan went under general anesthesia for another surgery which had surgeons implant a battery pack into his chest.

The procedure as a whole has stunning resemblances to scenes in imaginative cyberpunk and science-fiction stories. The risks it poses are, however, very real. A patient could die of a brain hemorrhage, emerge with seizures, garner an infection, or leave the hospital with an entirely new personality.

Yan, however, said he felt a rush of excitement as the battery pack powered his new electrode-brain into gear. As if this wasn’t literally unbelievable enough, Dr. Li gave Yan’s new brain a test-run by using a tablet to remotely modify the machine, and therefore emotions, in Yan’s head.

Dr. Li had the power to make Yan feel agitated or cheerful with a simple touchscreen.

According to Yan, he’s been drug-free for six months. 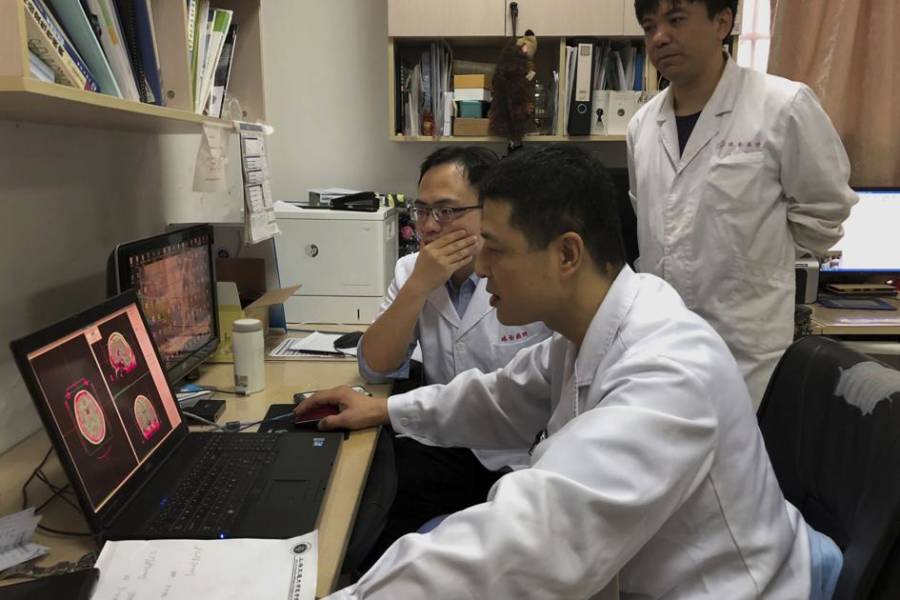 Unlike China’s head-first dive into DBS, Europe’s scientific community has had a hard time finding agreeable patients. In the United States, meanwhile, ethical and scientific concerns have made it difficult to have this ominous procedure socially accepted.

However, a solution to these hurdles may have fallen into the American lap in the form of the nation’s harrowing opioid epidemic. In the past few years, the aversion to the risks DBS posed has decreased in contrast to the potential benefits.

In February, the U.S. Food and Drug Administration (FDA) granted an official clinical trial in West Virginia the permission to experiment with DBS. The focus: opioid addicts.

As it stands, DBS devices can cost up to $100,000 to implant in the U.S. and the scientific community is very much in its early stages of assessing how effective this technique really is. In China, however, this new approach to eradicating drug addiction is ramping up with full force. 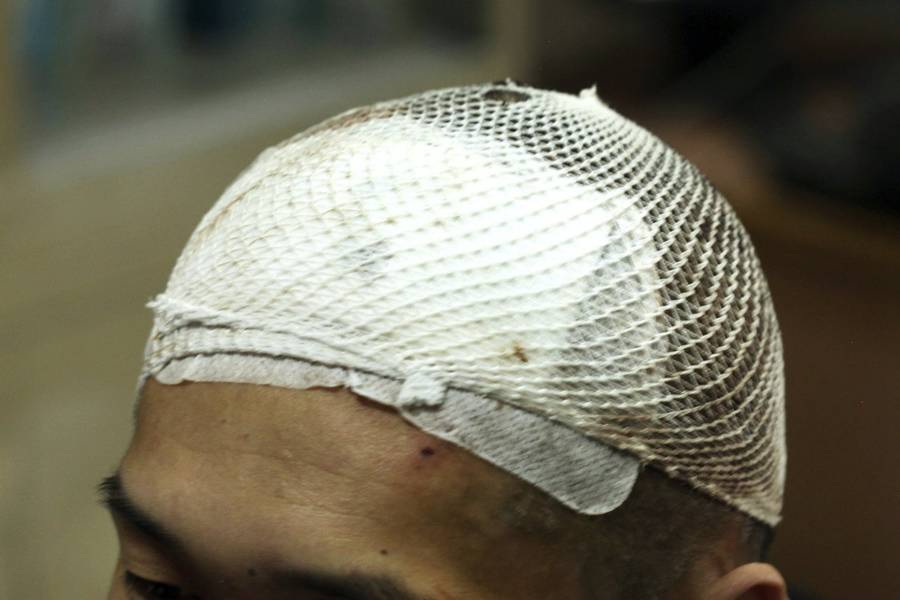 TwitterPatient Yan felt a rush of excitement once the battery implanted in his back was turned on. “He adjusts it to make you happy and you’re happy,” he said of the doctor’s remote adjustments.

China’s strict anti-drug laws have forced countless addicts into mandatory treatment — including “rehabilitation” through physical labor — that can span years. One reason China’s populous might be so eager to accept DBS is that the previous alternative was brain lesioning.

In the past — and sadly, likely to this day — families of heroin addicts in China have spent thousands of dollars for brain lesioning operations. This primitive, unproven, and risky procedure essentially has doctors root around a person’s brain tissue, destroying small clumps, and hoping for the best.

This has become a profitable element of numerous hospitals across the country. It also left patients with severe mood disorders, eradicated sex drives, and memories vanishing from their minds. The promise of DBS, then, is that it doesn’t kill brain cells — its intervention is theoretically reversible.

For Yan, this modern alternative to its grisly counterpart was promising enough to try. 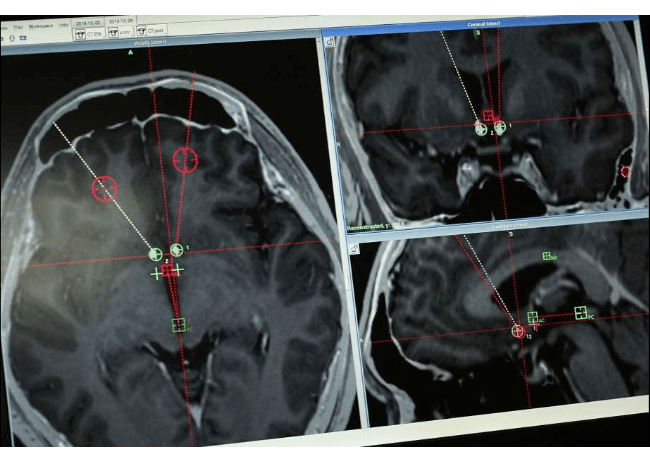 TwitterThe FDA approved a clinical trial on DBS in West Virginia which is aimed to begin in June.

Ruijin Hospital’s director of functional neurosurgery, Dr. Sun Bomin, is adamant that this off-putting approach is for the greater good of a patient’s life. He’s currently focused on expanding DBS treatment to Tourette syndrome, depression, and anorexia.

“As doctors, we always need to think about the patients,” he said. “They are human beings. You cannot say, ‘Oh, we do not have any help, any treatment for you guys.'”

Since scientists are still unaware and uncertain of just how DBS actually works — where to place the electrodes, what ramifications the standardization of this could have — its introduction to the world has garnered harsh criticism. 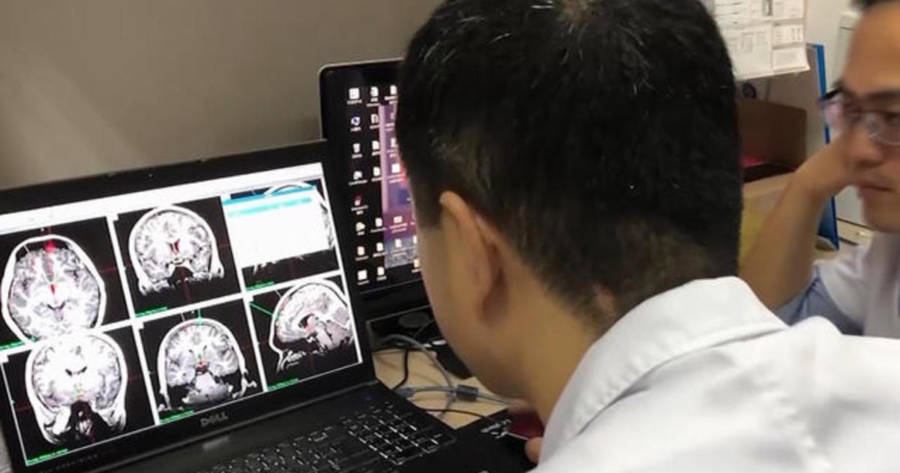 Some are calling for the ban of DBS. The technique’s current state is premature and won’t fix the varied social, psychological, and biological reasons addiction even appears from.

“It would be fantastic if there were something where we could flip a switch, but it’s probably fanciful at this stage,” said Adrian Carter, head of the neuroscience and society group at Monash University in Melbourne.

In the end, it seems scientists have been more concerned with whether they could than if they should conduct these experiments. Yan, however, claimed to have found a better life through BDS.

While it’s uncertain if that outcome is easily replicated at a larger scale, we’ll likely find out soon enough how widespread this eerie new phenomenon will be. The FDA-approved clinical trial in West Virginia is set to begin in June.

Next, read about how unbelievably bad the pollution in China has become. Then, read this startling piece about researchers claiming that when you’re dead, you’ll know you’re dead.