The Presidential Sex Scandal Of Bill Clinton And Monica Lewinsky

On Jan. 26, 1998, President Bill Clinton went on TV to address rumors of a presidential sex scandal. They were false, he declared. “I did not,” the president said, “have sexual relations with that woman, Miss Lewinsky.”

At the time, Clinton stood accused of having an affair with a 22-year-old White House intern, Monica Lewinsky. But unlike many sex scandals on this list — which ran quietly beneath the surface or remained hidden until later — Clinton’s burst into the public eye.

In fact, he had conducted an 18-month affair with Lewinsky. On Nov. 15, 1995, the president invited Lewinsky to his private study and kissed her.

“We talked briefly and sort of acknowledged that there had been a chemistry that was there before and that we were both attracted to each other and then he asked me if he could kiss me,” Lewinsky later testified.

During her grand jury testimony — later released by Republicans in Congress and broadcast across the country — Lewinsky described how Clinton’s semen had once stained her dress, and how the president had once penetrated her with a cigar.

The subsequent firestorm led to Bill Clinton’s impeachment. Though the president escaped with an acquittal, the so-called “Lewinsky scandal” was far from the only presidential sex scandal that haunted the Clinton years. 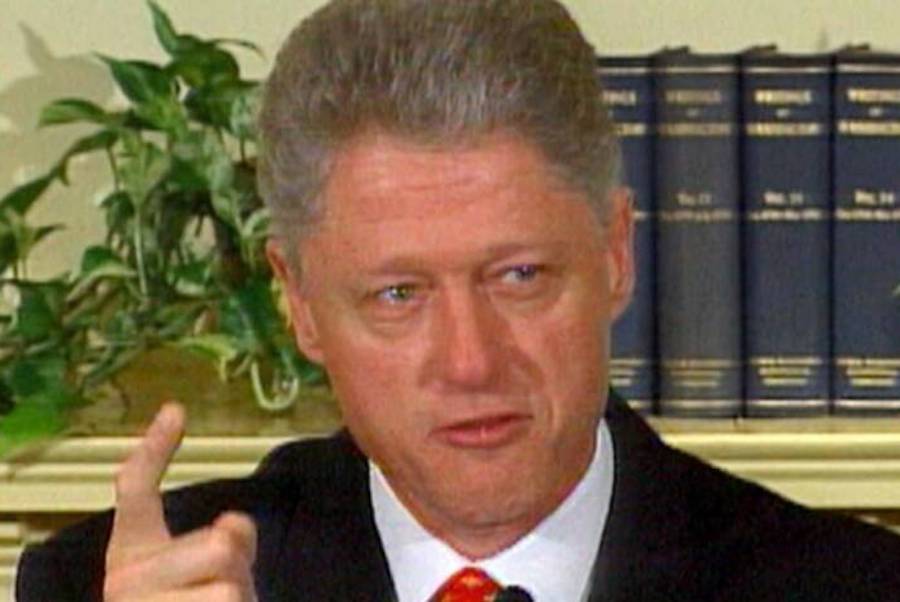 YouTubeClinton initially denied the affair, then said that he hadn’t lied because he and Lewinsky had never had sexual intercourse.

Actually, Clinton’s sex scandals started even before he got into office. During the 1992 campaign, a woman named Gennifer Flowers claimed that she had had an extramarital affair with him.

Once in office, another woman — Paula Jones — said that the president had sexually harassed her and exposed himself to her while he was governor of Arkansas. Other women including Juanita Broaddrick, Kathleen Wiley, and Leslie Millwee have also accused Clinton of inappropriate sexual behavior. Broaddrick even accused him of rape.

Clinton has denied most of the allegations but has admitted under oath to having consensual relationships with Lewinsky and Flowers.