Charles "Pretty Boy" Floyd managed to have a long criminal career in a relatively short life before being gunned down by the FBI in 1934.

There are certain kinds of criminals who can electrify public opinion. To some, they’re just common thugs. To others, they’re heroes. Charles “Pretty Boy” Floyd was exactly this kind of criminal.

Pretty Boy Floyd broke the law, often with extreme violence. But Floyd was also a product of the times he lived in. 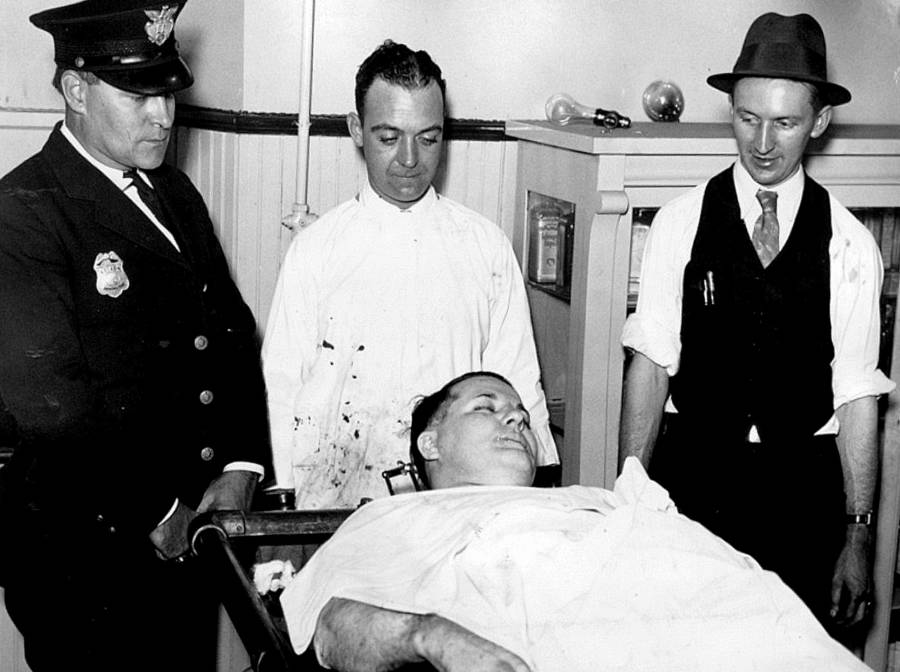 At the height of the Great Depression, many viewed him simply as a desperate man who decided to strike back at the banks that had driven so many other desperate men to ruin.

Pretty Boy Floyd was born Charles Arthur Floyd in Georgia on February 3, 1904, but his family, like many others, moved to Oklahoma to start a farm in the early years of the 20th century. And like many Oklahoma farmers, they were desperately poor. Floyd, tired of living in poverty, turned to crime. He was first arrested for petty theft at age 18.

Three years later, he graduated to more serious theft and was sentenced to five years in prison for holding up a vehicle delivering money in St. Louis. Upon being released, Floyd drifted toward Kansas City, where he seems to have quickly gotten himself involved with the city’s criminal underworld.

Floyd’s specialty remained highway robbery. He and his accomplices would stop cars carrying money at gunpoint and demand all the valuables on board. Between 1929 and 1930, Floyd was arrested multiple times on suspicion of armed robbery, but the police could never prove anything conclusively.

Around this time, Floyd picked up the nickname he would have for the rest of his life.

As is often the case with nicknames, there are different accounts of how it came about. Some say he got the nickname from a prostitute; others from coworkers on an oil rig who mocked his nice clothes. Either way, people called him “Pretty Boy.”

Floyd hated the nickname, but he couldn’t seem to shake it.

Robbing Branks During The Great Depression

Around this time, he developed the talent he is best known for: robbing banks.

Floyd ran with a number of different criminals who began hitting banks across the Midwest between 1929 and 1933. He was fond of machine guns, which he had a tendency to fire recklessly during robberies. Floyd’s flair for the dramatic and the inability of the police to catch him made him a media sensation.

To many people who had seen their homes seized by banks, Floyd was a hero. A rumor – probably false – circulated that Floyd was destroying mortgage documents during his robberies, which made him even more popular.

That Pretty Boy Floyd always seemed to be carrying a machine gun made it extremely dangerous for overmatched police to try to arrest him.

The danger that Floyd and his accomplices posed to the outgunned local police became very clear following an event commonly called the “Kansas City Massacre.”

In June 1933, two FBI agents – Frank Smith and F. Joseph Lackey – acting on a tip arrested Frank Nash. Nash was an escaped convict and bank robber in Arkansas. The agents planned to return to the prison at Leavenworth, Kansas. But Nash had his own gang of criminal associates, and they immediately began making plans to free him, no matter the cost in blood.

The same day, Floyd, along with his close accomplice Adam Richetti, were in the middle of their own encounter with police. The two were driving through Missouri on their way to Kansas City that morning when their car broke down. The pair took the car to a local garage for repairs, when by sheer bad luck, the local sheriff, a man named Jack Killingsworth, walked in.

Richetti immediately recognized Killingsworth and pulled out a machine gun. Pretty Boy Floyd, meanwhile, pulled out a pair of .45 pistols and ordered everyone to freeze. Floyd and Richetti seized one of the other cars in the shop at gunpoint and forced Killingsworth in the back. The two drove the sheriff a few miles outside of town and dumped him before making their way to Kansas City at around 10:00 p.m.

There, they happened to run into Vernon Miller, who had been chosen as the man to free Nash. Miller immediately asked Floyd and Richetti if they were willing to help him, and the next morning the three drove to the local train station where Smith and Lackey handing Nash off to another pair of FBI agents, R. J. Caffrey and Reed Veretti.

As the agents moved Nash to their car, Lackey barely had time to catch a glimpse of a man standing nearby with a machine gun before the bullets started flying. The gunfire ripped through the car and struck Caffrey in the skull, killing him. Two local police officers and a police chief were also killed in the shooting.

Smith emerged unscathed, but against men armed with machine guns, he could do little to stop the escape. The fatal irony was that Nash himself was killed almost immediately after Floyd and his accomplices opened fire.

The FBI didn’t share the public’s opinion of Floyd, of course. And after the Kansas City Massacre, Pretty Boy Floyd was declared “Public Enemy Number One.”

The Final Days Of Public Enemy Number One 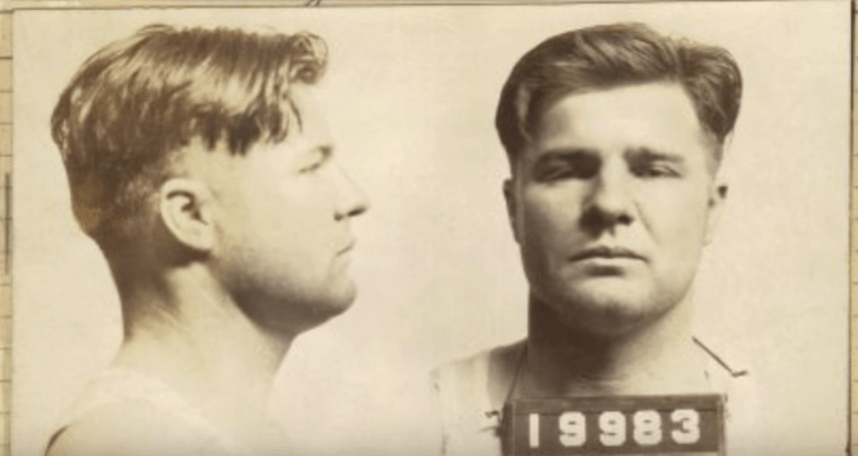 Hoping to stay ahead of the FBI, Floyd and Richetti fled first to Ohio, where they picked up a pair of girlfriends. Together, the four traveled to New York before finally deciding to return to Oklahoma. But while driving through Ohio, Floyd lost control of the car and it skidded into a telephone pole. Floyd and Richetti took their guns and sent their girlfriends into town to repair the car.

But the local police got word that there were suspicious men hanging around the outskirts of town and went to investigate. A shootout erupted, though Floyd escaped. Richetti, who had emptied his gun firing at the police, wasn’t so lucky. Richetti was arrested and would later be executed in the gas chamber.

The police contacted the FBI to tell them they had Richetti in custody, and they warned them that Pretty Boy Floyd might have been wounded in the gunfight. The FBI canvassed the area, stopping cars and questioning drivers. Floyd seems to have gotten his hands on another car, and he was soon spotted by a team of local police and FBI agents in the town of East Liverpool.

There are a few different versions of what happened next, but the accounts agree that Floyd’s car was stopped by law enforcement officers in their own vehicles while trying to hide behind a corn crib.

And according to the FBI, Floyd came out of the car with his gun drawn. The agents opened fire, striking Floyd twice.

The FBI agents took a gun from Floyd’s waistband, along with his lucky pocket watch. Engraved on the watch were multiple groups of ten marks, supposedly tallying the people he had killed.

As Pretty Boy Floyd himself lay dying, he managed to gasp out his final words. “I’m done for,” he said, “You hit me twice.” The agents called for an ambulance, but Floyd turned out to be right. According to the FBI, he died on the scene about 15 minutes after the shooting started.

In an interview decades later, police officer Chester Smith claimed that he shot Floyd in the arm, knocking him down. The lead FBI agent hunting Floyd, Melvin Purvis, then approached Floyd while he lay on the ground to ask him some questions. According to Smith, Purvis then ordered one of his agents to execute Floyd with a burst from a submachine gun.

The agents on the scene disputed this story, of course, making it just one more of the mysterious details of Pretty Boy Floyd’s life – and death.

Enjoy this article about Pretty Boy Floyd? Next, read 25 interesting facts about Al Capone. Then learn about the cold-blooded revenge of Buford Pusser.